VIDEO UPDATE G3F PROJECT: Just to give a quick update, here's a couple of Youtube vids I posted showing 1st road tests of my Smyth Performance Beta G3F build in Go Cart form. It's a fun drive so far, even at low speeds and on a dirt road. More pics and vids are available at the link by my signature, and at the Youtube link. I'm running a temporary short straight pipe off the turbo, so lots of whistle and lumpy engine sound. I've just received the Smyth exhaust system and will install it soon. Body is the next big thing, will post when it arrives. Thanks for looking, and for your interest. I love this project!

My Beta (#9) has engine/trans installed and I've almost completed wiring. First start perhaps a month away.

Mark and I have been busy improving aluminum patterns, setting up a plasma cutting table, improving the shift linkages, figuring out the soft-top hardware, and doing oh about hundred other little things every day.

I can't wait to send out these aluminum pieces. They're looking/fitting great!!

Winner of the 2012 TDIFest extreme modified competition and plastic/metal artist and mechanic Chris Zanis (member GTiTDi) has been working his tail off at Smyth Performance on the G3F. Here's a shot of the (still in progress) mold plug upper door cover. This guy is good!!!!! 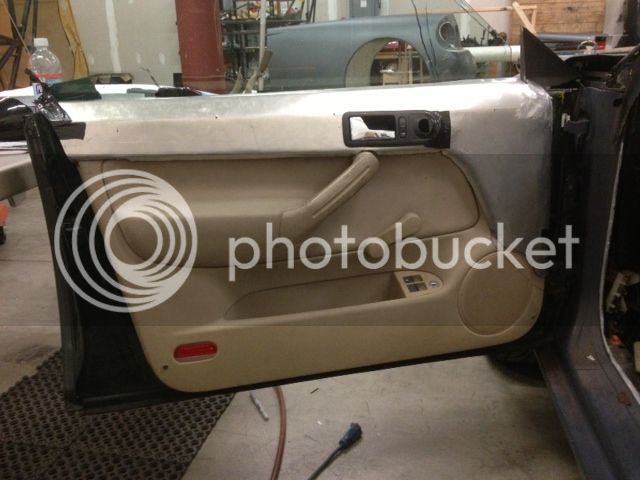 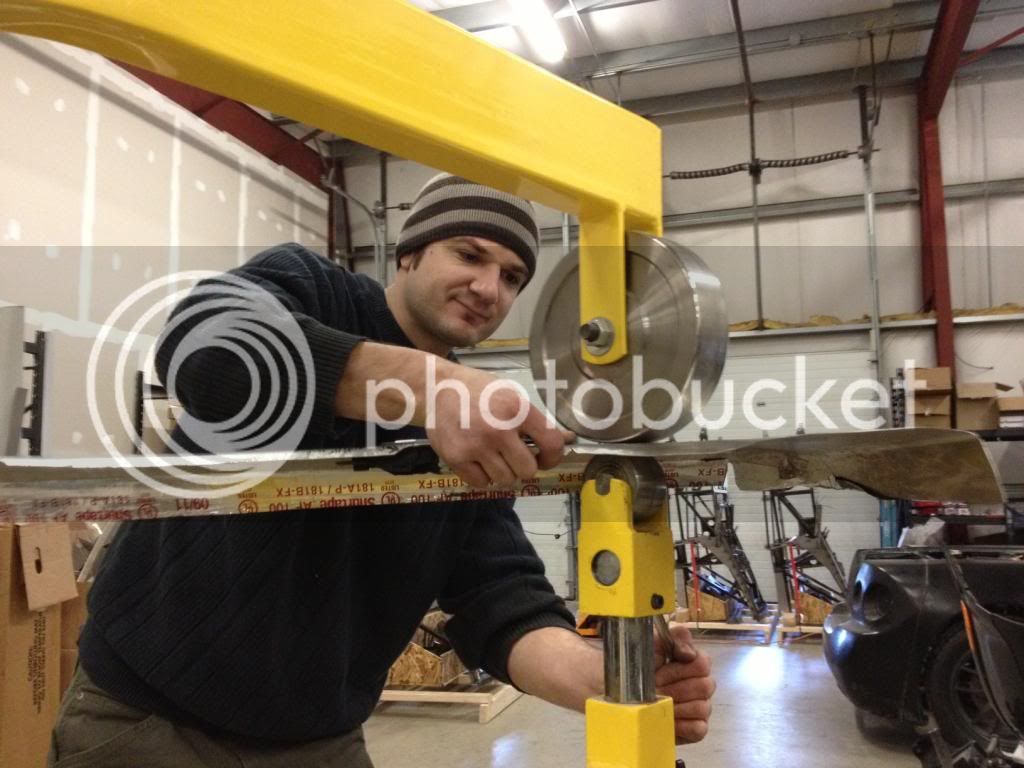 And here's Mark, hard at work cleaning up tools after gel-coating our outer door tops. 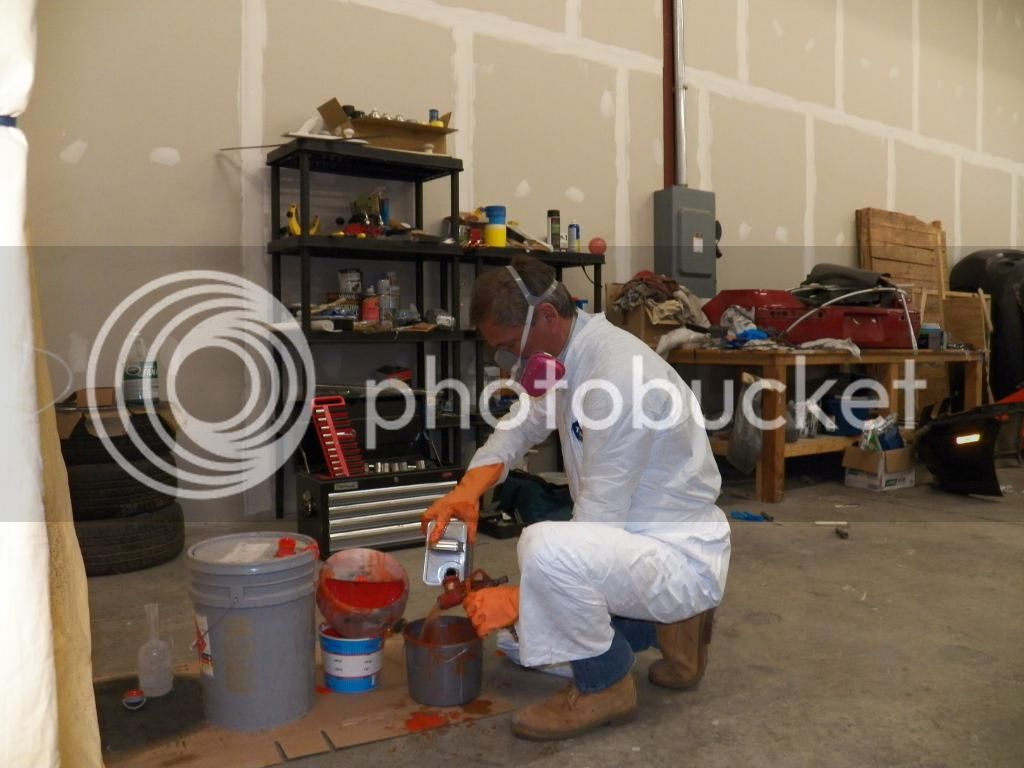 Some say that he lives on trees, and that his sweat can be used to clean precious metals. All we know is he’s called the 'Mig'. 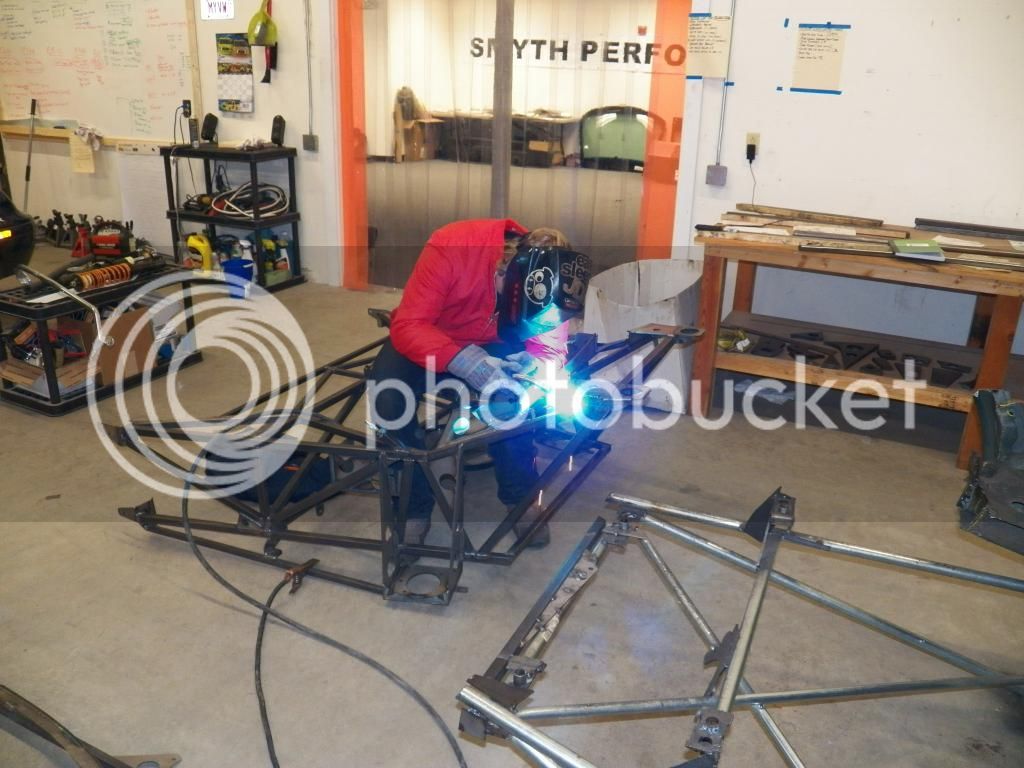 Time to ask this year.

You fella's going to Carlisle?

I'm parting a NB now but assume it won't work as a donor.

Looking at a Jetta with some rear damage.

Would love to look over what you have in person and Carlisle is a big show (or it was last time I went). And just like last year my attendance likely depends on whether you'll be there.
J

You want to take a relatively new car and cut it up to build a kit car?

The part out will happed I'm keeping the 2.0 and tranny ect. then I just need a shell.
B

This is the Smyth factory TDI car this past Thursday being prepped for Dustoff 2013 at Seekonk tomorrow. It looks great! 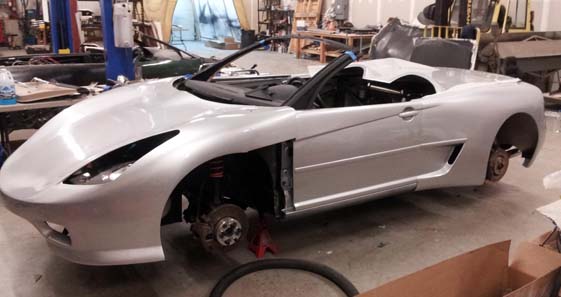 Are you going to make up a jig to weld the subframes up in? Its amazing how much stuff moves around from the heat.

Any idea on the final weight of the assembled car?
G

Just to update the G3F story, a bunch of us beta builders are still working on our G3F's and getting them on the road. Mine is not finished yet, still some interior trim and details to finesse, but I AM driving the heck out of it for the past month, and having a lot of fun. My most recent blog post is at https://g3f-jlphil.blogspot.com/ describing recent progress. Here are a couple of photos for anyone following this unique rear-engine TDI concept. It IS a blast! 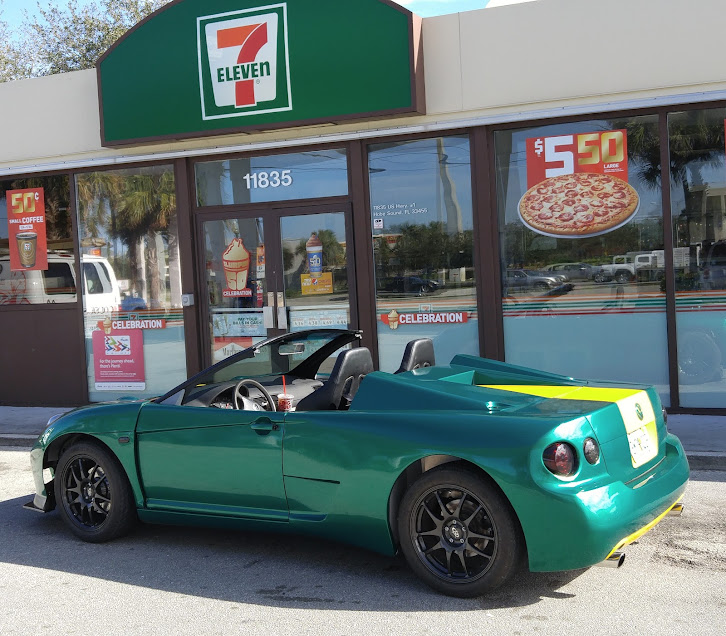 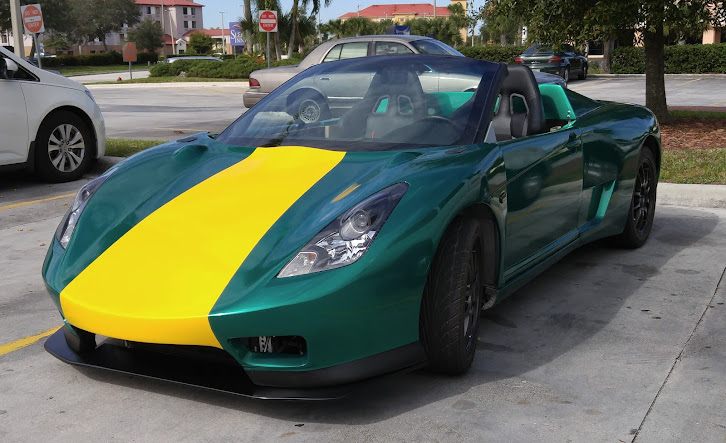 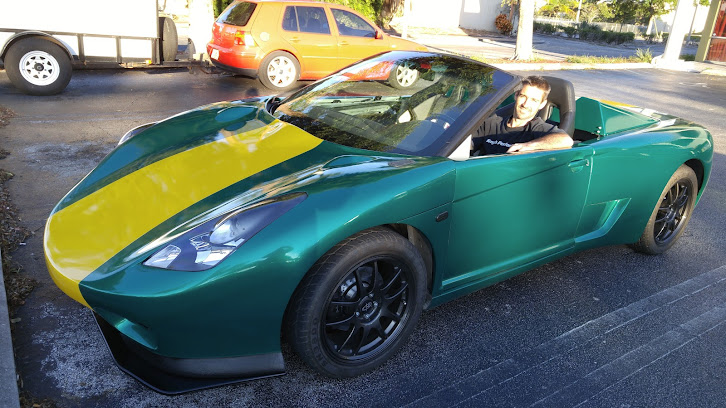 A few days ago I finished my first 1000 miles driving my TDI Smyth G3F here in Florida...all in about 30 days. 800+ mile roundtrip to Tallahassee, plus a lot of other smaller loops along the east coast. The car is solid, steering direct but a little heavy at slow parking lot speeds; low, flat and fast on curves and highway ramps, and the TDI has plenty of grunt at all times. 95 mph max speed so far, with no drama. Love the coilover suspension: firm, not harsh, and very effective on the twisties. All driving done topless: the windshield is spectacular at keeping the wind roar away from driver and passenger. Easy to talk at speed, with no wind buffeting.

The only teething problems encountered have been self-induced. My errors or omissions alone...the Smyth design and parts have been flawless. The most significant error was trusting the reuse of those damn Torque To Yield (TTY) bolts. I lost the 70mm bolt from the engine-end of my dogbone 10 miles from Tallahassee, causing the engine to swing freely and make end-of-the-world noise. You can't get one of these at a hardware store, so the Tally VW dealer was the only salvation. They had ONE bolt, good thing for me! Later, on the way home, I suffered a backed-out injector hold-down bolt, causing another type of cataclysmic engine noise near Live Oak, FL. TDI GURU Scott Krout in Jacksonville, FL saved my bacon on this one. He is a gentleman and truly a GURU. Got me back on the road in short order once he saw the car. All else went smoothly and the trip was completed. (pics: Live Oak roadside, temporarily dead G3F, and Scott Krout at his Jacksonville shop) 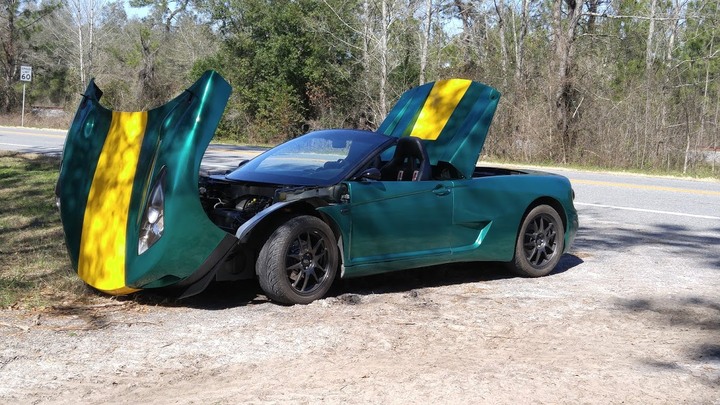 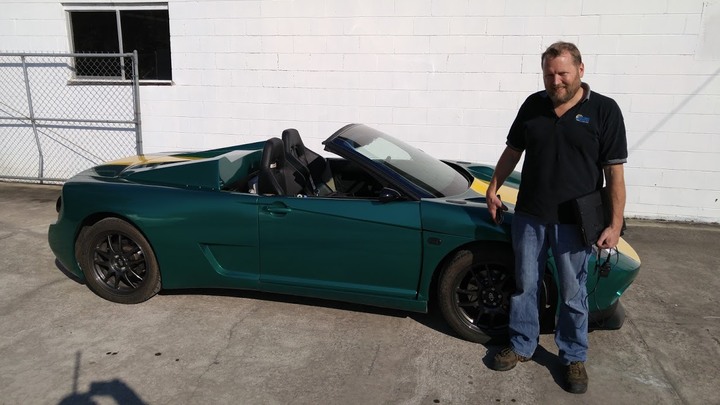 The wrap is holding up well to the abuse of road miles. Same with the new seats and lights. Lots of night miles this last trip. It is truly awesome to cruise at night with a totally clear sky when you can see EVERY star in the universe if you look up...just for a second...on a long straightaway...with no other cars around. Love going topless in this car.
Last edited: Feb 22, 2016

Great report! Perhaps it's been asked, but what performance specs have you seen? What's the curb weight as is?
J

Cummins, great questions. I'll try to collect some data on acceleration and weight. Haven't bothered to do it yet, but let's see what I can do this weekend. Probably will refrain from max acceleration from a start - rev and drop the clutch - stuff out of respect for the machinery.

jlphil said:
The car is solid, steering direct but a little heavy at slow parking lot speeds;
Click to expand...

Sent from my SAMSUNG-SM-G890A using Tapatalk

The Toyota pump is a hydraulic pump so you need a power steering box.
The unisteer is just electric and goes into the steering column just like lots of new OEM cars.

70Jasper, any specifics on installing the MR2 unit on a Jetta steering rack? I still use the original rack, with PS disabled and hoses disconnected, with pump removed from engine. An electric pump up front might be worth a try! Thanks.

I don't have a lot of specifics on them. I had bought one at one point to try to use on a truck, then a few days later I found the stock pump I needed.
There's several electric swap forums that have many conversions using them.
Even swapped into some camaros.

Sent from my SAMSUNG-SM-G890A using Tapatalk

We have been supplying these pumps for EV conversions for the last 23 years. We use them on all our conversions all the way up to 3 ton trucks.
You would have to have a pressure hose made by a hydraulic shop to go from the rack to the pump.
We install a JIC6 adapter into the pump so its a standard fitting.
I also list them on our TDC website. http://gastodiesel.tdconversions.com/accessories/

nice ride .... on the steering side look into using a saturn vue electric unit, cheap and plentiful and you can purchase an adjustable control unit for a very reasonable price
J 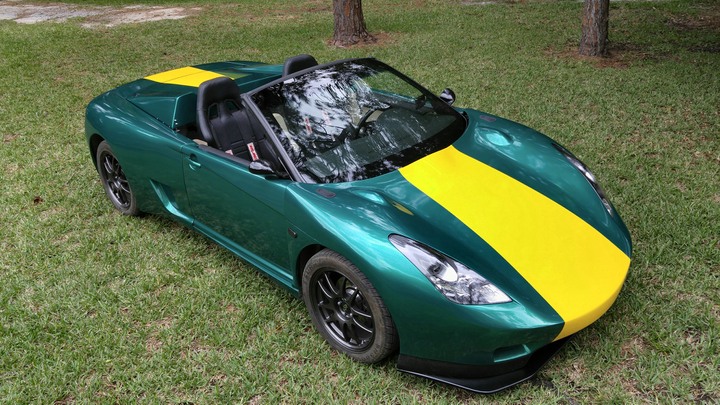 My Smyth Performance G3F is now for sale, currently listed on eBay. If anyone here is interested, please feel free to contact me personally at jlphilg3F@outlook.com or text me at 561-252-9555. Thanks for following this build and the entire Smyth project. It's been a blast! Here is the eBay link: