Also, don't forget to account for the added energy in diesel fuel, and the higher CO2 emissions.

When you apply that to the fuel consumed... my 55.7 mpg tank becomes equivalent to 63.5 miles per diesel gallon, CO2 equivalent. 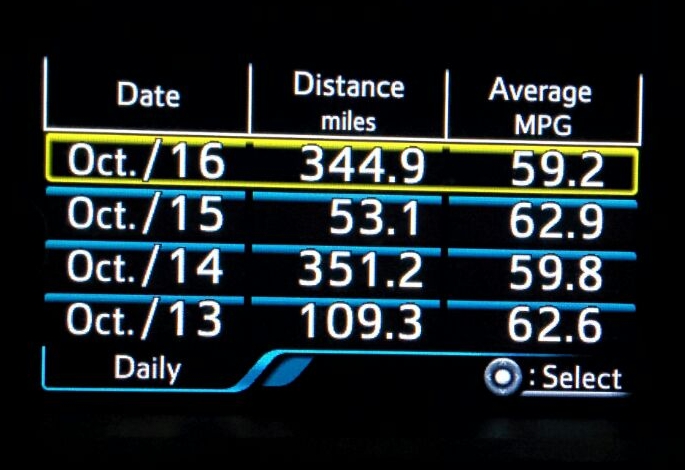 That's impressive. I wonder what it'll do in January.

On longer trips (which I'm planning to do in January), I think it'll be fine - the ICE having to run on the freeway anyway means that it won't cool off.

It's short, low speed trips (like my daily driving) where MPG will be slaughtered by it starting the ICE periodically just to heat the coolant, I suspect. (It will do an initial start to heat up the coolant and catalytic converter every time, but in warm weather, that's enough to keep the engine from starting afterwards, except when it's needed for propulsion or battery charging. There's also a 1000 W resistive heater, but if that's not enough, the ICE is used for supplemental heat.)

Edit: Oh, and in terms of MPG diesel equivalent, those figures are somewhere around:

Very good MPG, I just can't bring myself to even consider one. I'll just deal with lower mpg's. Not to mention I'd catch hell with the guys at work.
G

Yes, that's impressive. I just wish Toyota didn't break the styling when they fixed the suspension on the new model.

GoFaster said:
Yes, that's impressive. I just wish Toyota didn't break the styling when they fixed the suspension on the new model.
Click to expand...

IMO, the Prime fixes that styling. I really like the front end. I'm so-so on the back, but it's better than the regular Prius Hybrid.

IndigoBlueWagon said:
That's impressive. I wonder what it'll do in January.
Click to expand...

On my commute, it was difficult to hit 40 MPG indicated per the MFD with the 5 mile short trips I subject it to in January. Average MPG, though, was 49.1 MPG pen and paper, bolstered by the fact that I drove to Ho5G, as well as the Detroit Auto Show (although hurt again by the fact that the last ~300 miles of the Ho5G trip, as well as the entire auto show trip, were done with a hole in the front end, thanks to being unable to avoid tire debris in the roadway). (December was actually worse, at 46.9 MPG - less roadtripping means more short trips that month.)

Now that it's gotten warmer, the incredible mileage is coming back, though - this was last night, mostly on rural 2-lane highways posted at 55 MPH, with about 10 miles of freeway posted at 55-70 mph, and a bit of small town stop and go:

Second shot was after driving in a thunderstorm, wind for much of the trip was a crosswind (although for the last ~10 miles, it was a tailwind). At no point was I holding up traffic, either.
Last edited: Apr 6, 2017
I

Those numbers are pretty good. I don't think a TDI, even an ALH, would do that well in the same driving conditions. I got between 46 and 48 MPG driving to and from the Auto Show, but I was accompanied by two lead foot club members.
O 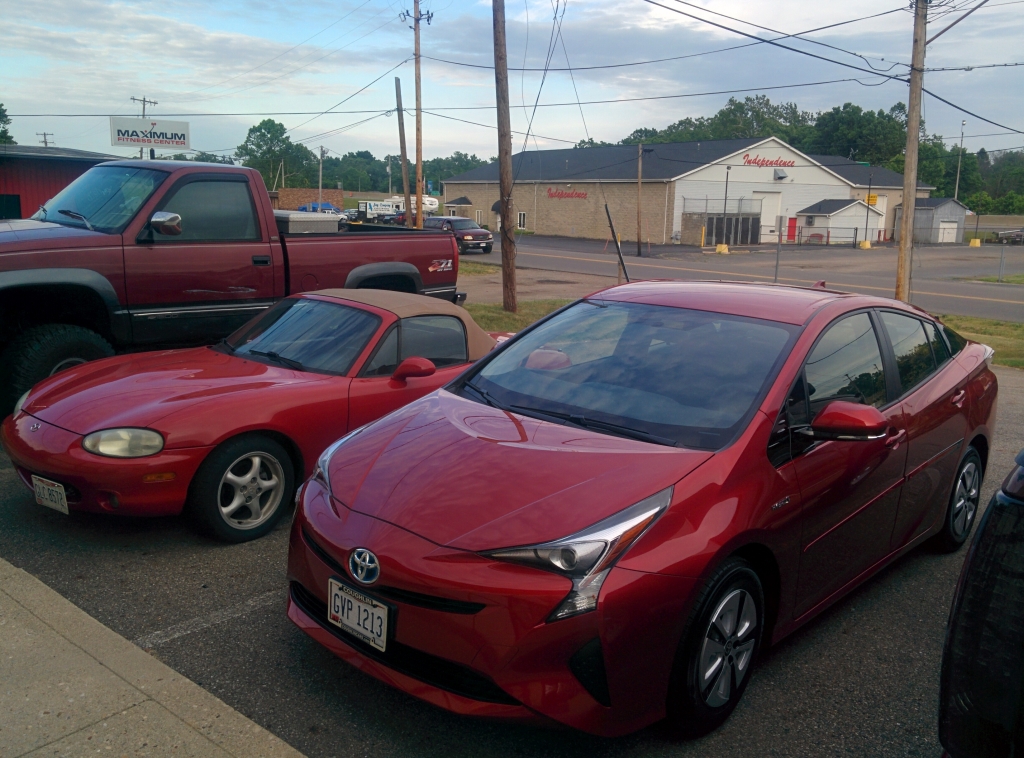 IndigoBlueWagon said:
Those numbers are pretty good. I don't think a TDI, even an ALH, would do that well in the same driving conditions. I got between 46 and 48 MPG driving to and from the Auto Show, but I was accompanied by two lead foot club members.
Click to expand...

Also we do not get all the even more efficient light duty diesel engines that are available in other parts of the world. We talking about US MPG averaging 50 MPG or better probably.

The biggest problem that the ALH has, efficiency-wise, is that it's in a body that's not particularly aerodynamic. (It's worth noting that the AHH-equipped B5 Passat sedan has higher EPA highway ratings than the ALH-equipped Mk4s, and that's because the B5 has significantly lower drag. Of course, some of this is lost in the less efficient longitudinal driveline...) As far as thermal efficiency goes, the ALH is competitive today. (That's about the only way an ALH is competitive in 2017, mind you...)

Ultimately, it is more thermally efficient than the Prius (but not much - 40% vs. 42.5% at peak - and it can't stay as close to its peak as the Prius's engine can, and there's no kinetic energy recovery), and in terms of MPG, has that 13% advantage in terms of more energetic fuel (even though it doesn't translate to reduced crude oil consumption or reduced CO2).

The smaller diesels that do mindblowingly well on the NEDC cycle... we'll ignore legal cheating, but the NEDC is slow, favoring lighter cars (then again, the drive that I posted cluster shots of was probably not too far outside of NEDC extra-urban parameters), for starters. Also, the smaller cars tend to have poorer aerodynamics (even with reduced frontal area, increased drag coefficient is common), hurting real-world highway mileage.
Last edited: Apr 11, 2017
You must log in or register to reply here.
Share:
Facebook Twitter Reddit Pinterest Tumblr WhatsApp Email Link
Top