At my place of work i have the ability to make vinyl stickers. For myself i made a 10x24.5 inch "DIESEL" white sticker and placed it on my sunroof. I got the idea from a Scion TC. I personally think it looks pretty cool. I was wondering for there was any interest in that. I also dont know what they would cost, probably in the $10-$15 range. I will also post a picture of the decal on my car. As for copyright issues i can not do a VW logo. Even if there is no interest i will still bring 5-6 just in case. 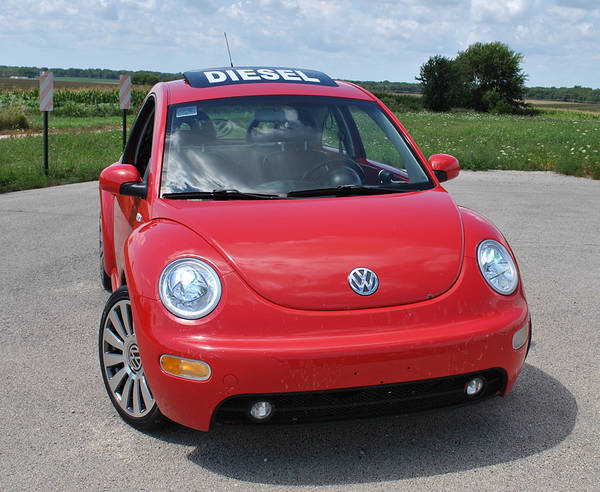 Once i figure out a reasonable price for each unit anyone can order them. And they dont heave to say diesel, but personally i think that looks the best.
A

Very cool! Wish I still had the Beetle.

www.TDICLUB.com
Yes, it's a DIESEL

I have TDICLUB license plate frames on both cars, front and back.

haha i love the back of your Golf

I'm good for one.

RedDragon said:
haha i love the back of your Golf
Click to expand...

LOL, I haven't posted this pic of my 02 Golf in quite a while: 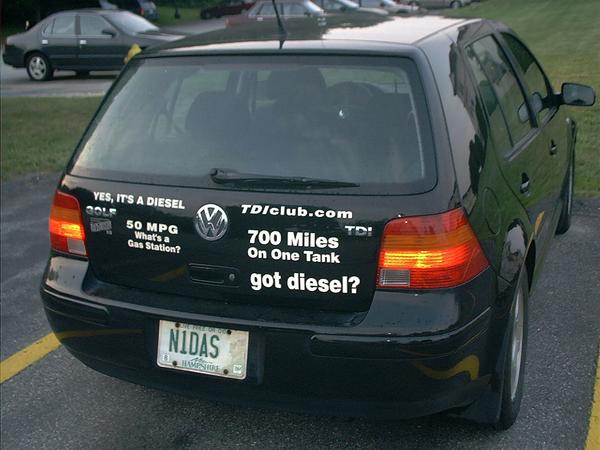 My 05 ATD PD JWagen also has performance mods and it's got tons of power and with very little smoke. With my 2010 JSW TDI, there's no smoke at all, no matter how hard I try to make it smoke. I'm finding I now like having the power while keeping the car smoke-free.

Some ideas for lettering: (listed in no particular order)

www.TDICLUB.com
YES, IT'S A DIESEL
50 MPG - BATTERIES NOT REQUIRED
700 MILES ON ONE TANK

I love that diesel sticker, but I keep my car pretty clean with regard to stickers. That said, if someone made a TDIclub license plate frame spelled backwards so that people could read it in their rear view mirror...!

I'll take one. Would look neat in the garage. Chase me down, I won't be hard to find....