Does anyone know if there would be any problem involved in upgrading the 3 litre washer fluid tank (standard on the North American cars) to the 5.5 litre tank that is provided on cars with the headlamp washer system?

As far as I can see just from looking, it appears that the tank would fit OK. If anyone knows otherwise, or has made this modification, I would appreciate your comments.

This is a picture of the 5.5 litre tank 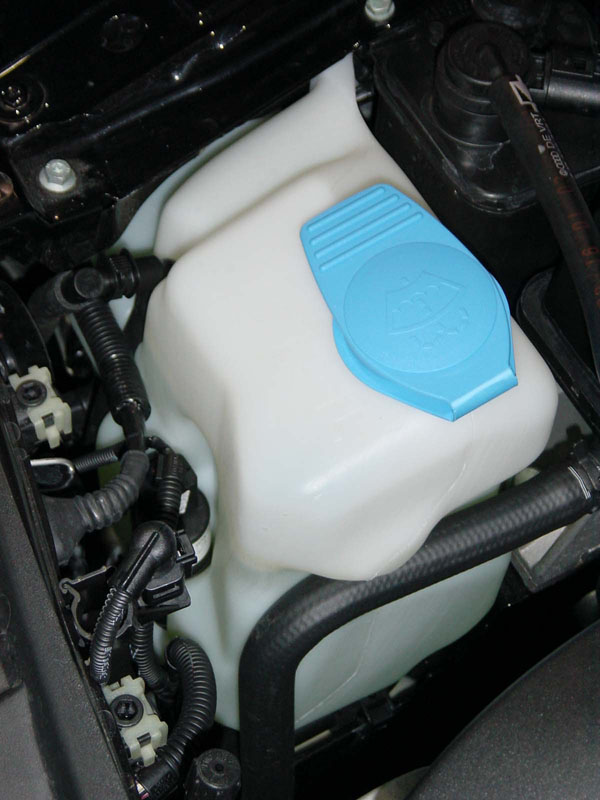 I bet it would be a problem for the Beetle.
M

Good point, I forgot to mention that the picture above is of a 2002 Golf equipped with the larger tank, and my interest is in upgrading a 2002 golf.
T

That would be a great and truly useful modification - when the light comes on, dump in a full gallon of "the blue stuff" and go. We've got a guy on here somewhere (FRANCE?) that has a picture parts book or parts CD; maybe he could help?

Concerning the A-4 Jetta and Golf TDI's, the 5.5L Bottle will not fit like it does with the gassers because the TDI's Fuel Filter is in the way.

I tried this upgrade a while back and ended up sticking with the 3L OE size.

I remember, the last couple of times I was in Europe, a lot of younger Germans were either adding a new pump or rerouting the washer lines so that they could squirt passing pedestrians at intersections and while parked. It was pretty funny.
M

I think it was from a gas powered Golf. Can't remember, sorry. Will look to see if there is a TDI with this system (comes standard with headlight washers) next time I am at the dealer.

If I recall correctly the specs on VW site the gas cars have 5.5 litre capacity tanks and the diesels have the 3 litre tanks. I believe this is due to the fuel filter location as mentioned above by Turbo Steve. (check VW.com for specs)
T

I thought Michael had something here. Oh well, just need to keep putting up with that annoying beep.

<blockquote><font size="1" face="Verdana, Helvetica, sans-serif">quote:</font><hr>Originally posted by Radman:
If I recall correctly the specs on VW site the gas cars have 5.5 litre capacity tanks and the diesels have the 3 litre tanks. I believe this is due to the fuel filter location as mentioned above by Turbo Steve. (check VW.com for specs)<hr></blockquote>

hmmm.. no wonder it runs out so fast.

Steve raises up a good point about the fuel filter.

I would be careful to take into the account of variety in these systems. My wifes 1997 A4 1.8tQ has the headlamp squirter system with the 5.5 liter washer tanks. I say tanks, her car has a top tank that feeds a lower tank. The hose for the headlight squirters exits the lower tank. It was a big hassle working on the side of the engine with the lower tank in the way. On her 1.8t it is the side with the oil cooler. I wanted to remove it but it was too difficult to get to the connecting hoses. Removing it would make a lot of space for something like a better oil cooler or a ccv filter.
M

I'm not sure if we should give up on this idea quite so quickly - here's a picture of the standard 3 litre tank installed in my Canadian spec TDI, and another picture of the 5.5 litre tank. It kind of looks to me, using the crease in the fender flange just ahead of the large bolt as a reference, that the aft edge of both tanks is in about the same place.

What do you think? 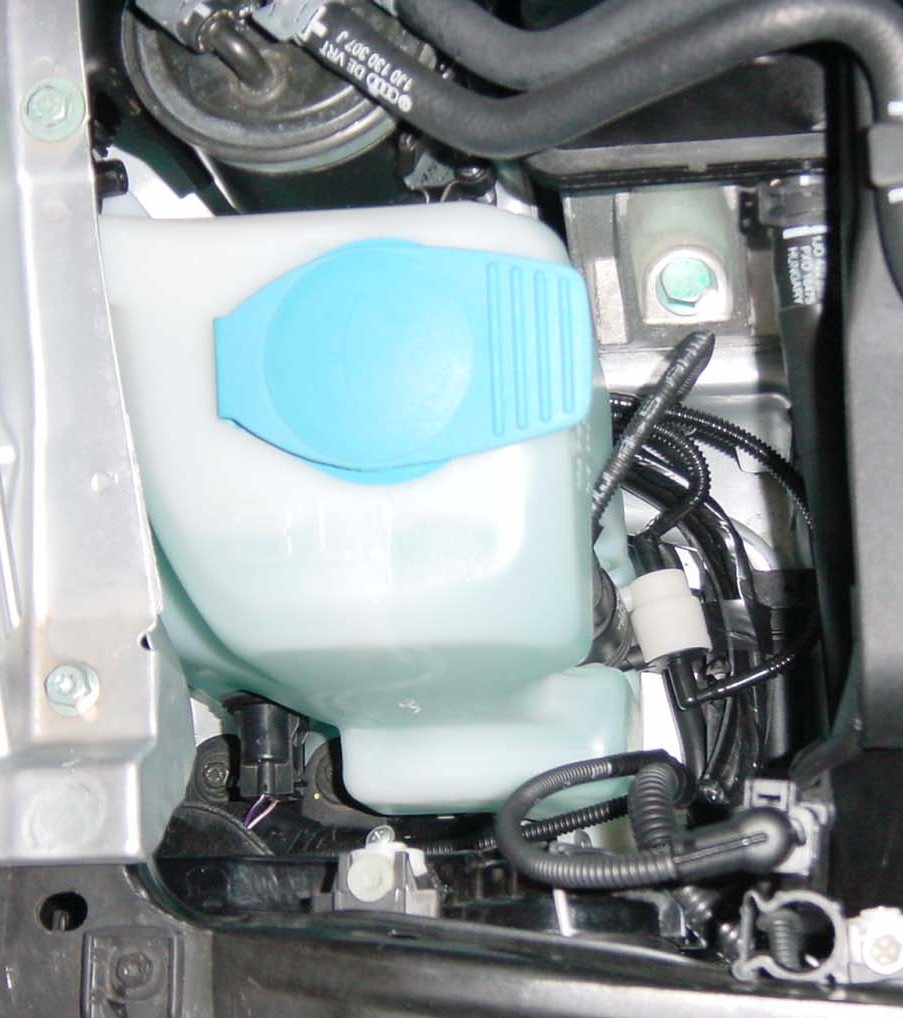 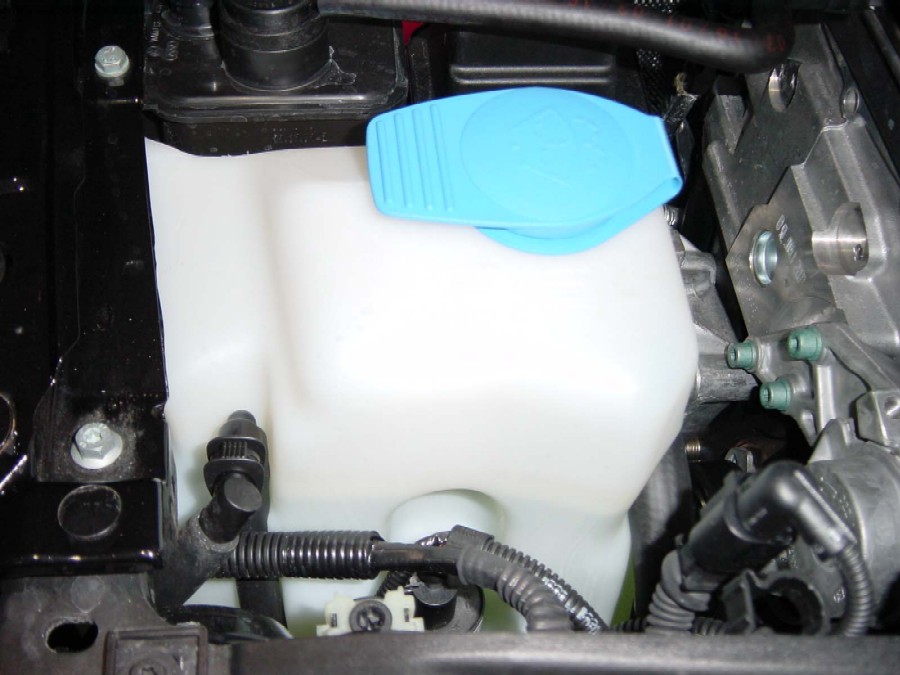 Location
All over Southern Ontario

Just looking at the photos, it would appear that much of the extra tank capacity would be toward the front of the car. It would likely make it a real pain in the butt to change the headlight bulb on that side too... There's likely other goodies in the way too, but Michael if you would like to be the guinea pig, I'm sure many here would be most appreciative if it works.
S

I just installed the Headlamp washing system in my 2002 Jetta TDI. Everything went in without problem. There is no need to relocate the Fuel filter. Installing the tank is a bit of a challenge though. You must remove the bumper cover, the intercooler, and the upper intercoller hose. Then you get to spend the next 10 minutes playing lets fit 100 lbs of $h!t into a 50 lb sack.
K

"I just installed the Headlamp washing system in my 2002 Jetta TDI. Everything went in without problem."

Could you elaborate on this install? Particularly the cost and where you bought the parts? I would like to do this on my Golf, though I understand that on a Golf the front bumper cover needs to be replaced with the Euro version.

I looked into doing this as I wanted to add the headlamp washing system my parts guy in the UK said that the tdi had a different 5.5ltr tank compared to the normal 5.5ltr tank, but it is available.
Havn't done the mod yet though, it would be useful, however if you have the fan type screen washer jets they dont use much water anyway.
M

Well, that's good news, to hear that there is actually a 5.5 litre tank made specifically for the TDI. Was it a Golf or a Jetta that you were inquiring about?
S

Well, that's good news, to hear that there is actually a 5.5 litre tank made specifically for the TDI. Was it a Golf or a Jetta that you were inquiring about?<hr></blockquote>

For those interested in installing the Headlamp washers here's the deal.

For NA Spec Golfs you need the Hella Headlamp washer kit for a MK IV Golf, the Euro Rebar, and Euro Bumper cover. Figure on $175 for the kit, It needs to be sourced in Europe. I'll try to get more information.

For NA Spec Jetta's you need the Hella Headlamp washer kit for an MK IV Golf (yes golf, they don't make one for a Bora yet) You need the Euro rebar witch by a strange turn of events happens to be the same rebar on a 2001 NA Spec Jetta Wagon... go figure. You also need a pair of Bora washer jet nozzles ($10/ea) and the Bora Headlamp nozzle caps ($9/ea) The US Spec bumper cover is the same as the European version so the Jetta system actually comes in costing less.....

Now... With that said, I have a hunch that the Bora nozzles, covers and rebar would fit on a NA Spec golf.. and therefore eliminate the need for the Euro bumper cover. I'd need to look at one with the bumper cover off though to make sure.

When are you going to post an installation thread????

I took the pictures last week when I was installing the Hella DE foglight kit - my plans were to show the photos to the dealer in Switzerland next month, and see if the headlight washer kit could be installed without having to purchase a Euro bumper. Let me know your thoughts. I have pictures of the other side, if you want them. 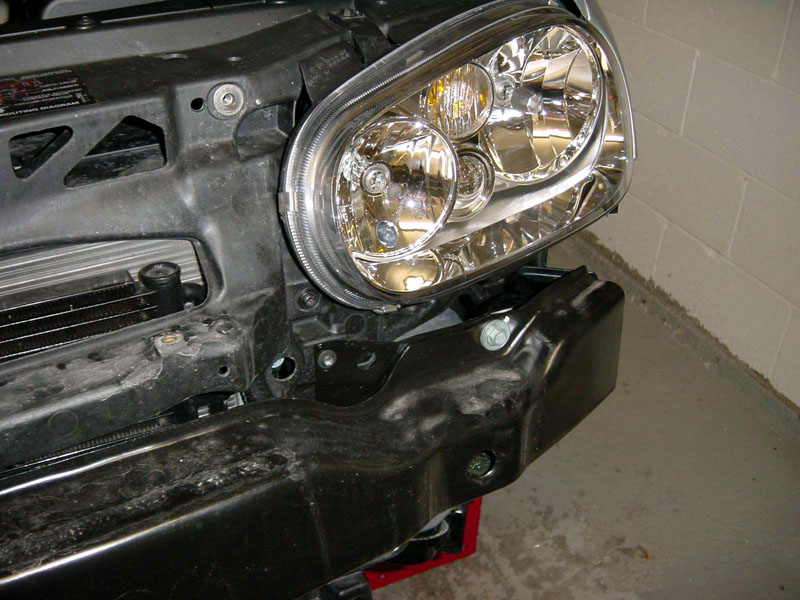 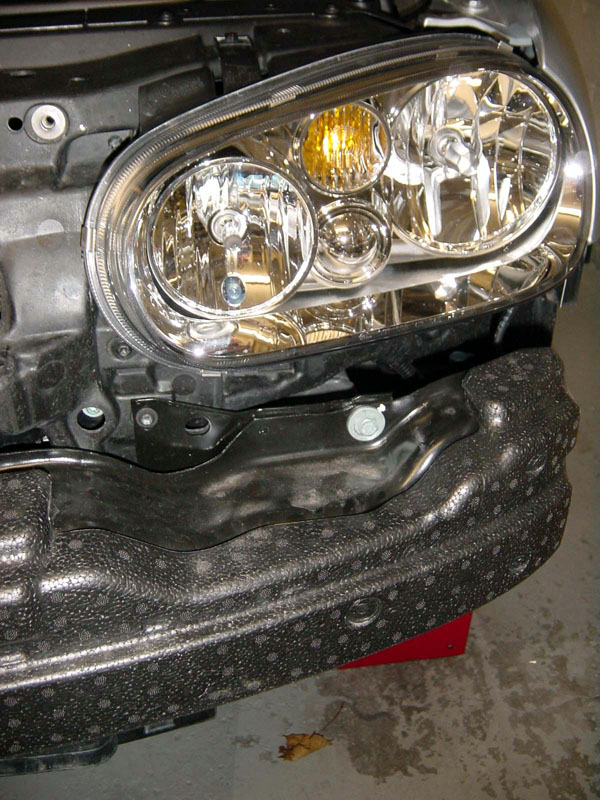 Appologies if this is wrong, but when i enquired for a Mk4 Golf Tdi 110, for retro fitting a headlamp washer system I was given a part#, which I then followed up by asking if this was the same for all MK4 Golfs or are they were application specific. I got the reply "for the Tdi's they are different to the petrols".
I will try and find the part# if not, if I have time speak to the parts guy again.
S

I think it is possible that both you and SVTWEB are correct on the issue of washer fluid tank part numbers.

SVTWEB and I are both in North America (at this time), please do go ahead and check and see what the VW parts people in the UK have to say about these large fluid tanks for the Golf IV TDI. I would be very interested to know.

Michael, I have 3 different parts catalogs, I have the US version, the UK version, and the ECE (European Countries.. Germany, Etc.) The only listing for the 5.5l tank in an Bora/Golf is in the UK and ECE catalog.

There are 2 part numbers, but they are the same tank. 1 Has a hole for the level indicator. one does not.
T

Try this link, although I havn't been able to download the pictures.

Hey, I will post the Part Numbers ASAP. I think Gassin Gerhard has the numbers already.

is there some reason I can't see the images?

I would be very suprised if it didn't fit in the TDI but then I can't see the pictures . . . 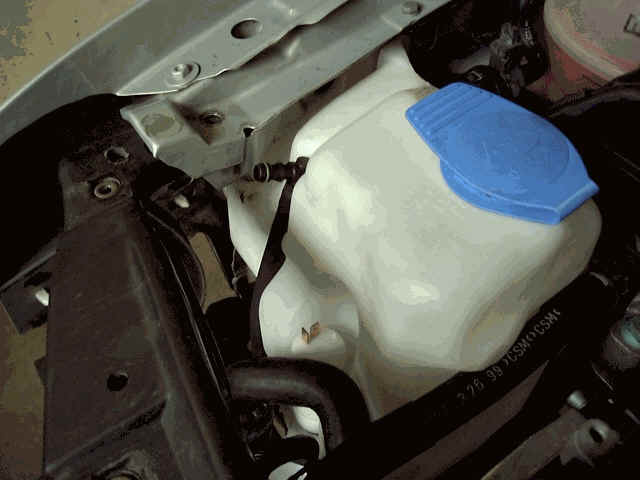 if you look at the top right corner of the pic here I can imagine a TDI fuel filter fitting in there . . . most of the volume apears to be added on the front side of the resevoir . . .

see that curve of the tank and the mounting location for the fuel filter? If I am not mistaken it should work just fine -

case # infinity of Turbo Steve not knowing what the hell he is talking about - Steve you going to give us some lie about where you "got your hands on one" and who has it now? since then at that point you couldn't get it to work?

lito - thanks for the pointer to this thread