To build or not to build? Parts in hand

Feelings are funny. I felt exactly the same way till today. my friend has 2 12v’s and was the one who suggested it to me. I was like no way! But when you take the oil cap off or the PCV out of the TIP oil splashed around. That ms at idle…I was doing a cam break in which is rather violent lol…

So I’m my mind
A majority must’ve come from there. I replaced the motor mount but not the transmission mount or the dog bone. So the motor does tilt and It’s sits noticeably higher on the front of the engine.

So, if you couple that the procedure for cam breaking, which calls for reving the RPM between 2020 500 RPMs for 25 to 30 minutes
I’d fully expect to loose a bit of oil. Hindsight is 20/20

I used varying pedal techniques for the can proceed . I did not just held my foot in one position. Whipping the pedal up and down would be like taking a fork to some eggs and beating them around rapidly and wildly. still I dont think the motor sprays and splashes around that much even tilted back.
I was using a cracked oil dipstick while I was waiting for the one to come in the mail today, so there is another place where a small amount of air was ‘whipped’ into the oiling system. Still seems doubtful bit more plausible

regardless, the engine was a mess I’ve cleaned it up quite a bit but it’s shiny with an oily sheen, and it still has the slight stench of oil while driving around with the heat on.

Oh also the oil filter housing gasket procedure called for 11 foot pounds of torque +90° turn if I recall correctly. Well I did put a TQ wrench l on it on that again, (I choose 24 foot pounds for complicated reasons that’s a good ) and I did get a little bit of movement out of three of the four bolts one of them About 15 degrees . The motor was warm at that time. Maybe it came from there? maybe it was a perfect storm I don’t know..

What I do know is the car this far is fine

I put dye in the day after the spill snd refilled it the oil hosing a re- torqued the vac pump too just in case they were right. Did the n18 and 239 delete snd clean up , still this morning after being on the frost heater all night not a trace or Predator blood with my UV light and yellow glasses. That oil is green when you look at it with your eyeballs! lol I guess I put too much in? Meh oil gets another 500 miles before i’m going to change it to finish the cam breaking procedure. So it shouldn’t hurt too much. I figure the next change of oil might have some leftover dye in it. Big deal .

Again there was no sight of dye anywhere! I’m shocked chirping the tires around town clean driving only have 15.7 real miles on it right now , so I need to give it some more stress , but I was doing VCDS logs after it was fully warmed up for a while tooo. Car’a KW was 1.5 it stretched to 1 sometiems bounces up to 1.5, that’s definitely almost perfectly inspect really. I put a budget stage to cam from Cascade German in. Maybe that has something to do with it? Nobody really knows why V dub gave the factory KW value , but maybe it was just where the engine wanted to be, when everything else was set perfectly i.e. camlock crank lock and cam sprocket beer center? Unlikely lol I’m about to take a warm up cruise snd abuse tho then prolly put it in the garage for the night. Tomorrow if all good I have to go to pick n pull to get a power steering pump for my jeep , then I gotta get some kind of ball end or Clevis pin to fix my z3’s AC and get it back together and for sale !

I don't doubt running for 30 minutes with a valve cover not fully torqued down would cause a good oily mess, but I'd still say THAT mess is too much for that. Who knows though. I've never ran an engine very long without a valve cover. Just long enough to diagnose an issue.

Yeah, it must have, not gonna sit here snd repeat my self again…it’s not leaking oil.

I’m gonna hunt done the items needed to do a compression test. M10x1 fitting and a decent 500pis gauge.

the car is running like a raped ape and seems to be every efficient. The Smokey cold starts seem to be gone too. Oh, no oil leak from the motor. There is a DRIP bit it’s not Glowing like the rest of the car. It’s probably trans fluid , that tans has like 3000 miles on its current rebuild. 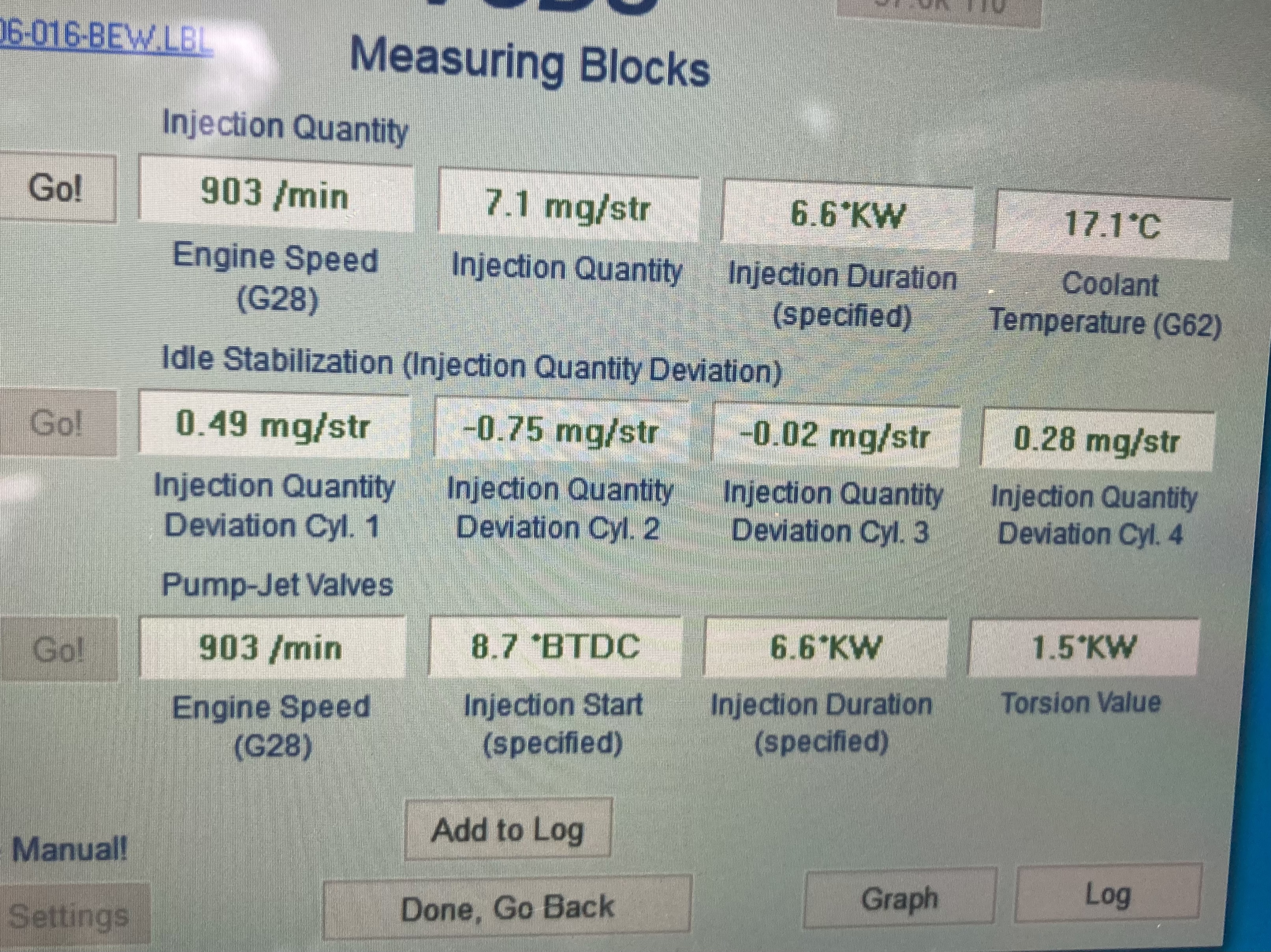 Cold starts are better no smoke either
Warm 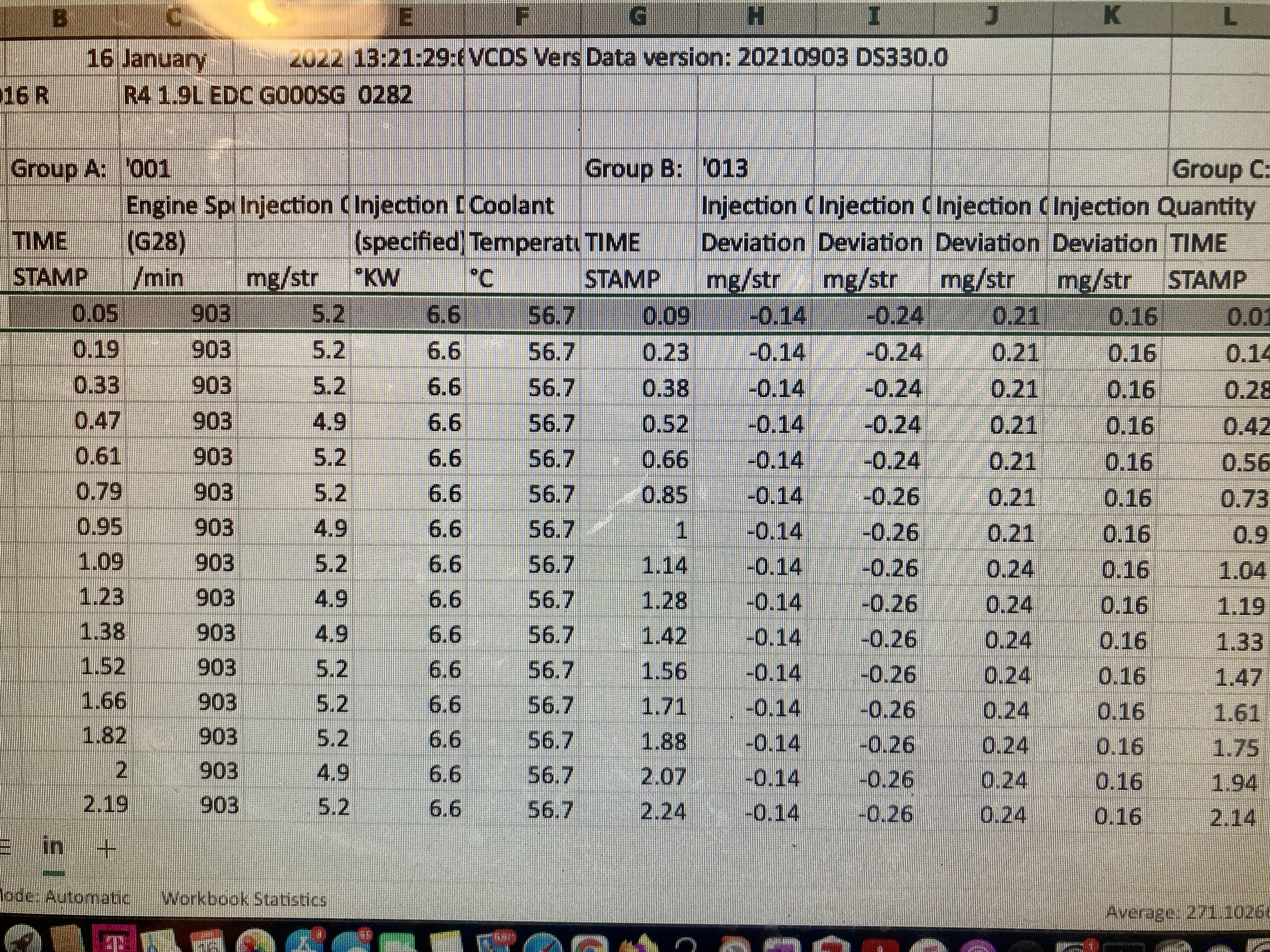 Car must be tuned! 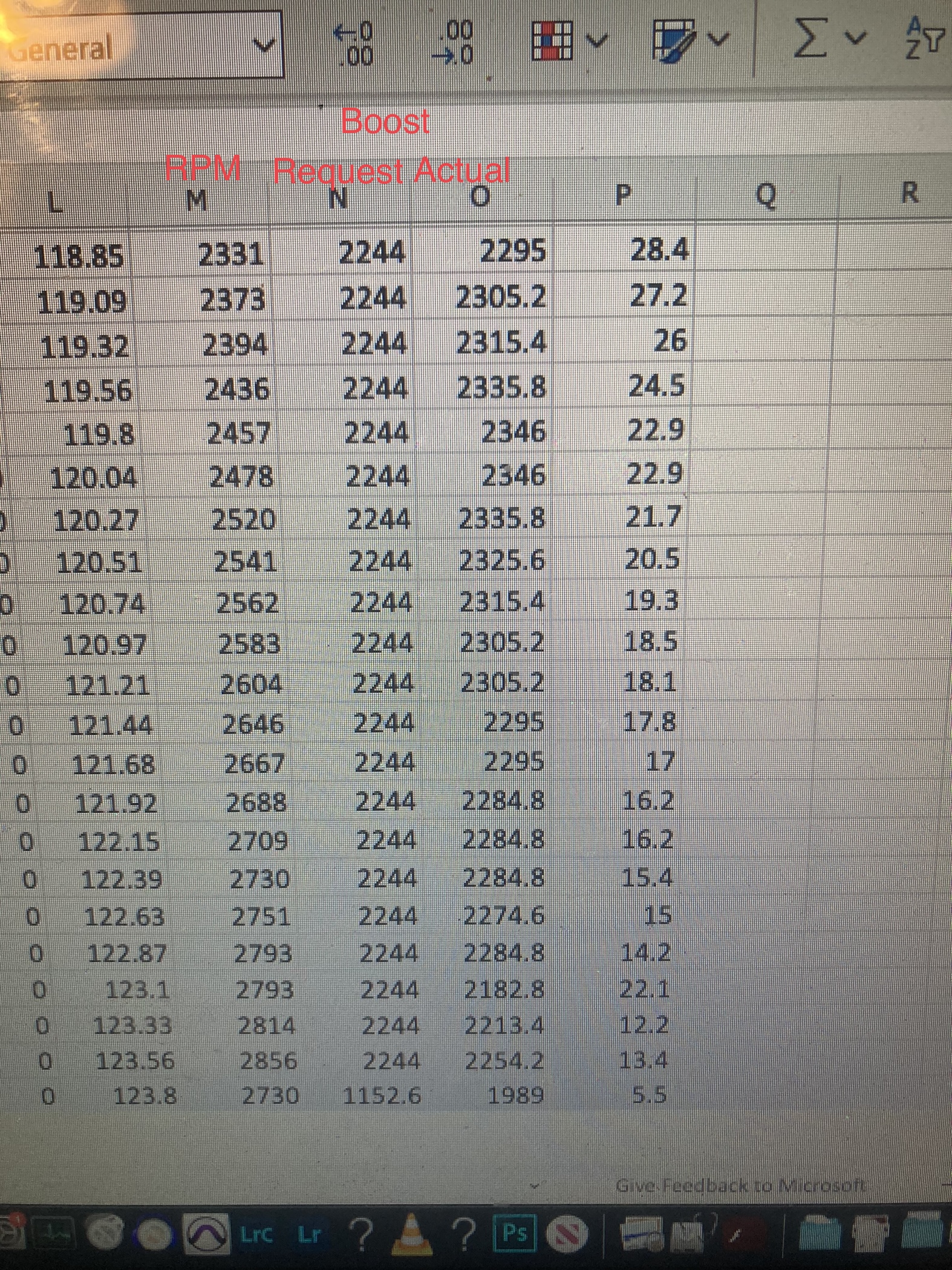 I’m not a big fan of Harbor freight‘s! Where I live there is literally 1 million people , snd harbor freight and they still managed to put the small tool liquidators out of business.
The thing is, is when I needed an idea, or I had a project that was new to me I could go onto two liquidators and the guys who owned that place were always there, they were so knowledgeable they can answer really weird questions and help me a lot. When I go to Harbor freight as much of morons who work there!

However I did look they s while ago . they one they have on the shelf in town only 400 psi, plus I seen online at the harbor freight compression tester is in accurate.

It’s not even on the top of my priority list though, the car runs great. i’ll have a compression tested and lay down tested before I put the turbo and injectors on though

So, I got a compression tester.. The harbor freight junk diesel tester is crap. Got a Sanp on but I can't get the right adapter combo...
IM over it...I gave the tester to my friend..

Im 100% sure the oil leaked out the valve cover because the engine mount is new the trans mount is old, and the oil was all over the turbo but not the front, the engine tilts back slightly too...so don't be dumb during cam break in, fasten the valve cover down. Hell I bought a new one of those too but never installed it and I don't need it. The car leeks ZERO oil as of right now (ill see how long that lasts)

During the second phase of the cam break in I used dye, and checked compulsively. NO predator blood! NO OIL LEAKS. There is no ANY leaks actually. 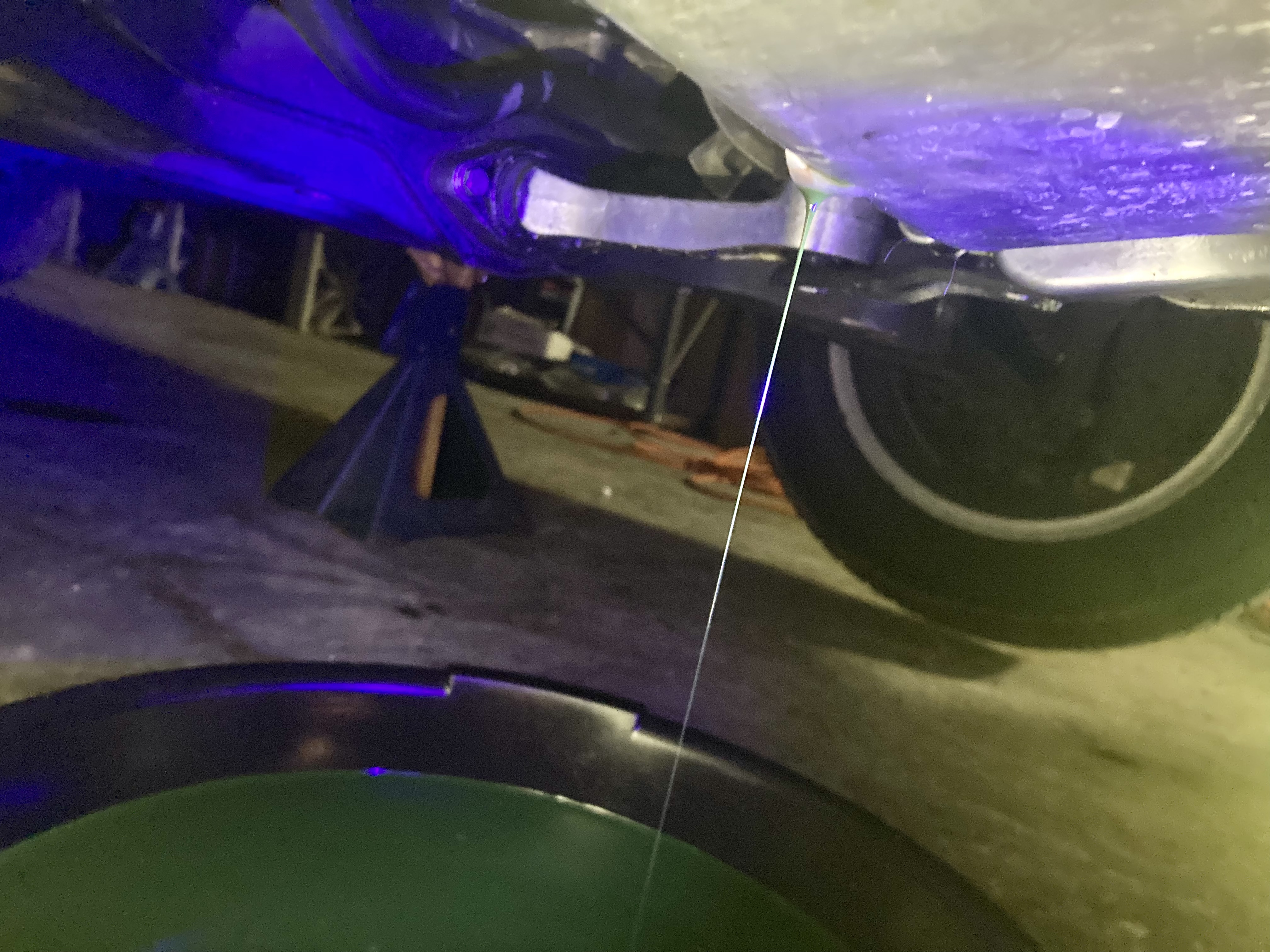 I have had several people contact me inquiring about a sale.
I guess they seen my on facebook thinking about selling. I turnt down 7k today lol I feel kinda dumb for that cuz I think Id be SLIGHTLY ahead, but I have HOURS into this thing and go fast parts on the self burnin a hole in my life....SO who's got flashzilla on the cheap? haha
So this is probably gonna turn into build thread..who's got flashzilla on the cheap?
You must log in or register to reply here.
Share:
Facebook Twitter Reddit Pinterest Tumblr WhatsApp Email Link
Top