Good on ya, TDIcommuter! I love it when resourceful people find another --and usually cheaper-- way.

This micro-switch reminds me of my time working in a school back in the early 90s. Our poor computer-lab lady was having to pay $75 a pop for a new mouse (Mac Plus computers) when their switches failed -- she was told they couldn't be fixed. I took a look and found an Omron D2F was a direct replacement; they cost, even in small quantities, about $1.50 each.

Took me about 6 minutes to remove a dead one and solder a new one onto the mouse's circuit board. Yep, I fixed quite a few of them....
G

libbybapa said:
VE1.9 gets kudos from me for finding the Omron switches that fit perfectly, unfortunately/fortunately last week when I wanted to order some of them, everyone was out of the D2HW-BR213MR. Because of that I did a bit of digging into the Omron data sheet. I found the following two alternate part numbers for switches that have solder on lugs instead of the wire leads:

The good news is that they are ~$5.00 cheaper for each switch bringing the Mouser price down to $3.08 or $3.41, which I find remarkably fitting considering the thread name. If the leads are snipped at the stock switch, they are plenty long enough to solder to the switch.

The connections for the correct normally open behavior are the center lug and the one under the button. Another added benefit doing it this way vs. soldering the leads to the board is that you do not have to open the door lock module at all. Just remove it from the door, remove the stock switch, clip the leads, solder them to the new switch, and melt the tabs for mounting and it is ready to go back in. Literally less than a 5 minute job when the door lock module is removed from the vehicle assuming you remembered to have your soldering iron heating up while removing the module from the door.

Big kudos to everyone who contributed to this ongoing thread. This current switch is a big reliability upgrade from the stock switch, is remarkably inexpensive, and installs very easily. I'm glad to have been able to contribute some useful info.
Click to expand...

Thank you so much for this. Just put in an order for mouser and used a combination of solder lugs for the left side and wires for the right because it was all they had in stock.
K

VE1.9 said:
I recently had a go at rebuilding a door module. This was actually a spare I wanted to repair ahead of time so I can just swap it in. I ordered some microswitches that resembled the OEM switches and actually fit in the original mounting holes. They're very similar to the ones someone had posted earlier in this thread, except that these have wire leads. They're made by Omron. I went with these switches because the OEM ones with a lever are far more expensive. The only difference between the two different microswitches I ordered is that they have the mounting posts on opposite sides for left/right fitment.

The part numbers are: 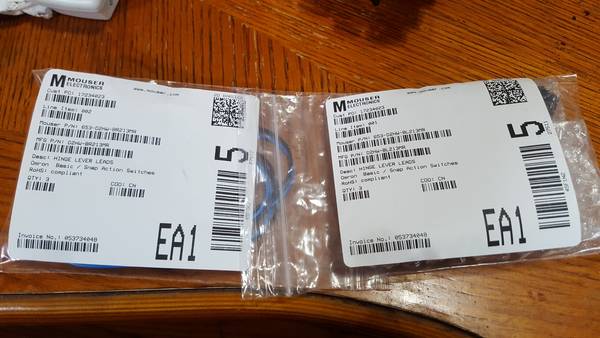 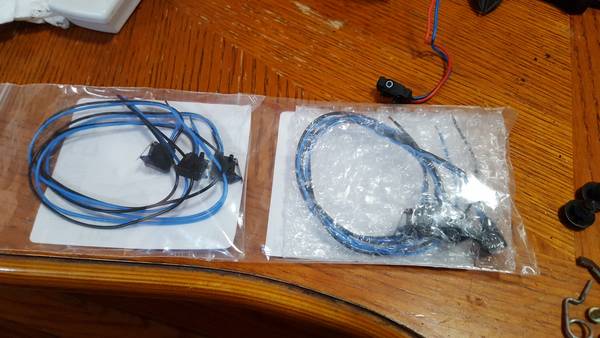 Here you can see how similar they are to the OEM switches, with the button, mounting posts, and wire leads in the same locations. Additionally, these have a lever, so they'll last far longer than the OEM switches. 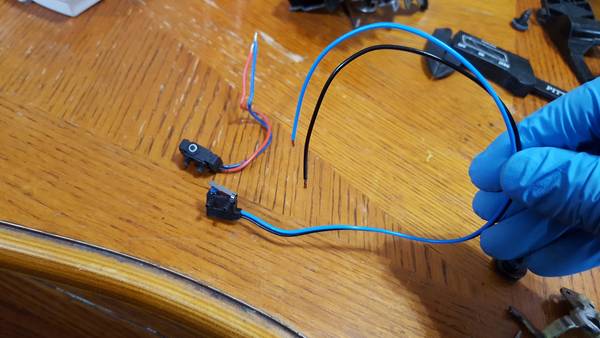 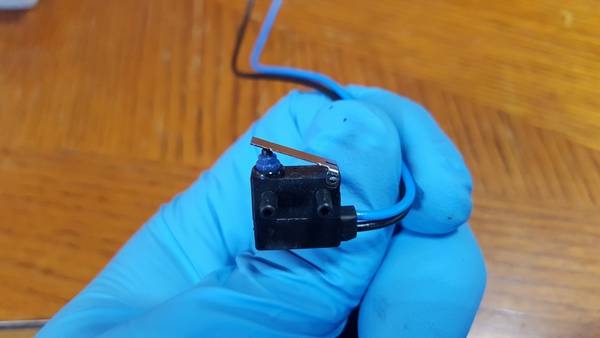 I melted the mounting posts using the soldering gun. No screws, nuts, or glue required. It was mounted on there solid and just like the OEM switch. 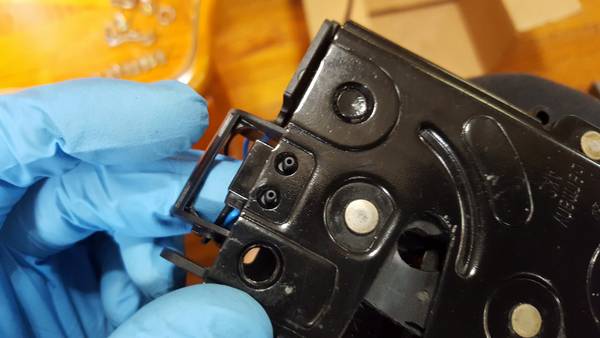 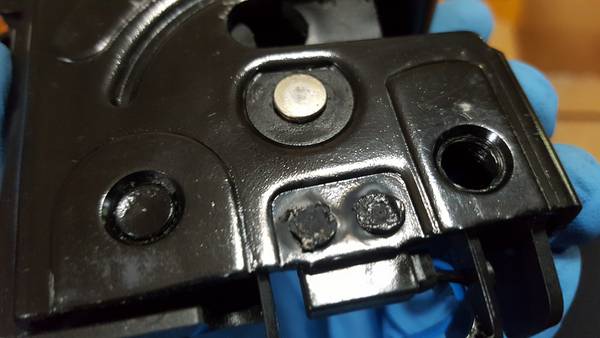 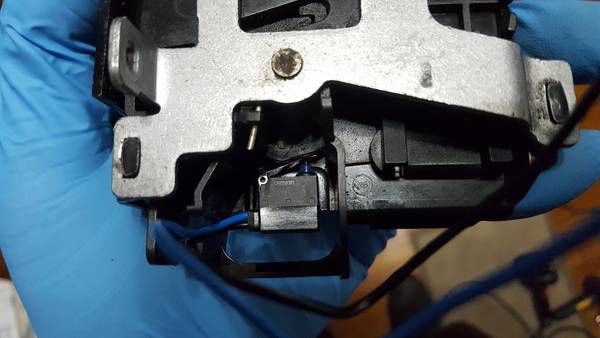 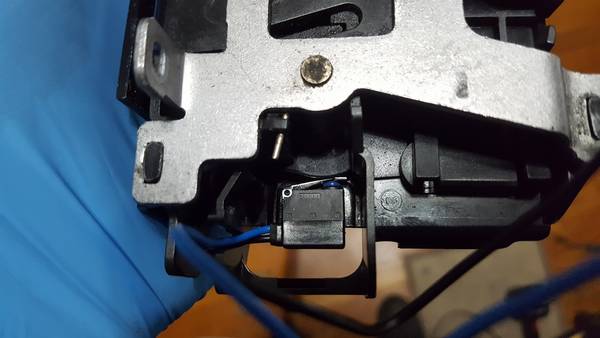 I soldered the leads directly to the circuit board so it looks factory. I also put some epoxy over the solder joints to help protect them. 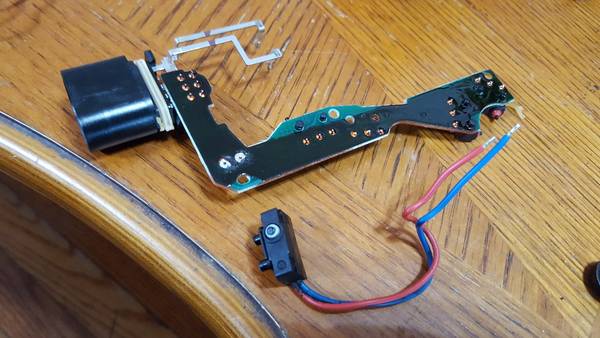 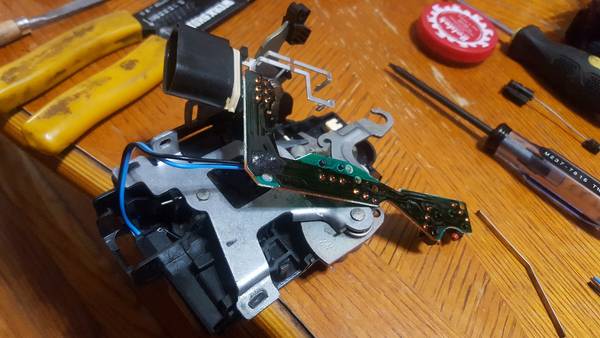 I think this is the best bang for buck option if you want a microswitch that is probably gonna outlast the car and have the repair look as OEM as possible without paying extra for the OEM microswitches.
Click to expand...

I think I know the answer, but can anyone verify that the front and back doors utilize the same switch? I just fixed my driver side front door the other day, and now my rear driver side is intermittent. Figured it out because of a random alarm going off.

That guy with the goats

Now I'm eager to find time to do this this weekend. Just got 12 switches for each side from Mouser today.
K

pkhoury said:
Now I'm eager to find time to do this this weekend. Just got 12 switches for each side from Mouser today.
Click to expand...

It's nice when you finally get it done. I did this a little while back. Pretty easy once you get to the switch. Removing the rear window was a PITA on the back compared to the front on my Golf. Well, reinstall was more a pain

KrashDH said:
Removing the rear window was a PITA on the back compared to the front on my Golf. Well, reinstall was more a pain
Click to expand...

No need to remove any windows - just tape them so they can't fall and disconnect the regulator from the glass.
K

P2B said:
No need to remove any windows - just tape them so they can't fall and disconnect the regulator from the glass.
Click to expand...

Makes sense...that might work for the front but I don't think it will work for the rear door, as the guide is in the way of getting the rear latch out...so that window guide has to come out. Only way for that guide to come out is to remove the window...unless I'm missing something?

KrashDH said:
Makes sense...that might work for the front but I don't think it will work for the rear door, as the guide is in the way of getting the rear latch out...so that window guide has to come out. Only way for that guide to come out is to remove the window...unless I'm missing something?
Click to expand...