A piece of TDI (and automotive) history could be yours if you have the (Bit- )coin.

Well, that would be cool. Unfortunately, "if you have to ask, it's too much" is always too much for me - guess I'll have to make do with my wagon. ;-)
M

kennethsime said:
Well, that would be cool. Unfortunately, "if you have to ask, it's too much" is always too much for me - guess I'll have to make do with my wagon. ;-)
Click to expand...

I wonder if malone has tune for these?

mk116v said:
I wonder if malone has tune for these?
Click to expand...

One would assume they could make it go "vroom."

Whether or not they could beat the Audi F1 engineers at their own game is another matter altogether.

mk116v said:
I wonder if malone has tune for these?
Click to expand...

It would be a downgrade.

Any dieselgate warranty left over?

Loose Nut Behind the Wheel Vendor

TDIMeister said:
It would be a downgrade.
Click to expand...

When the R15's predecessor, the R10 (see profile photo), was still in its first season, I attended a few ALMS races. I did get to ask one of the Audi North America mechanics what he thought the engine could make if they removed the mandated air restrictors. If you're not familiar with sports car racing, there are a multitude of radically different engine designs that can compete against one another in the same class. In order to reach some sort of parity and make sure power doesn't run out of control and vehicles reach absurd/unsafe speeds, they have different size air restrictors for each different engine out there and occasionally make competition adjustments.

Since he wasn't part of the Audi engineering team, he didn't really know, but he did say he effectively asked the same thing of the factory engineers, they sort of gave a run-around answer about how the turbos would have to be resized, camshafts reprofiled and completely different engine mapping to get the most out of the engine. So, he relays that he then started asking power numbers:

Engineer gives indication with his thumb that it's higher.

Engineer again points higher, but then also adds the caveat that the engine also needs to be designed to last a 24 hour endurance race, so there are diminishing returns in terms of performance vs reliability for what the car was really intended for as they start to go above those power levels. But, they certainly are possible.

Also, for fun, another piece of my photography that IS the R15 in action at Sebring in 2009... with a dab of oppo: 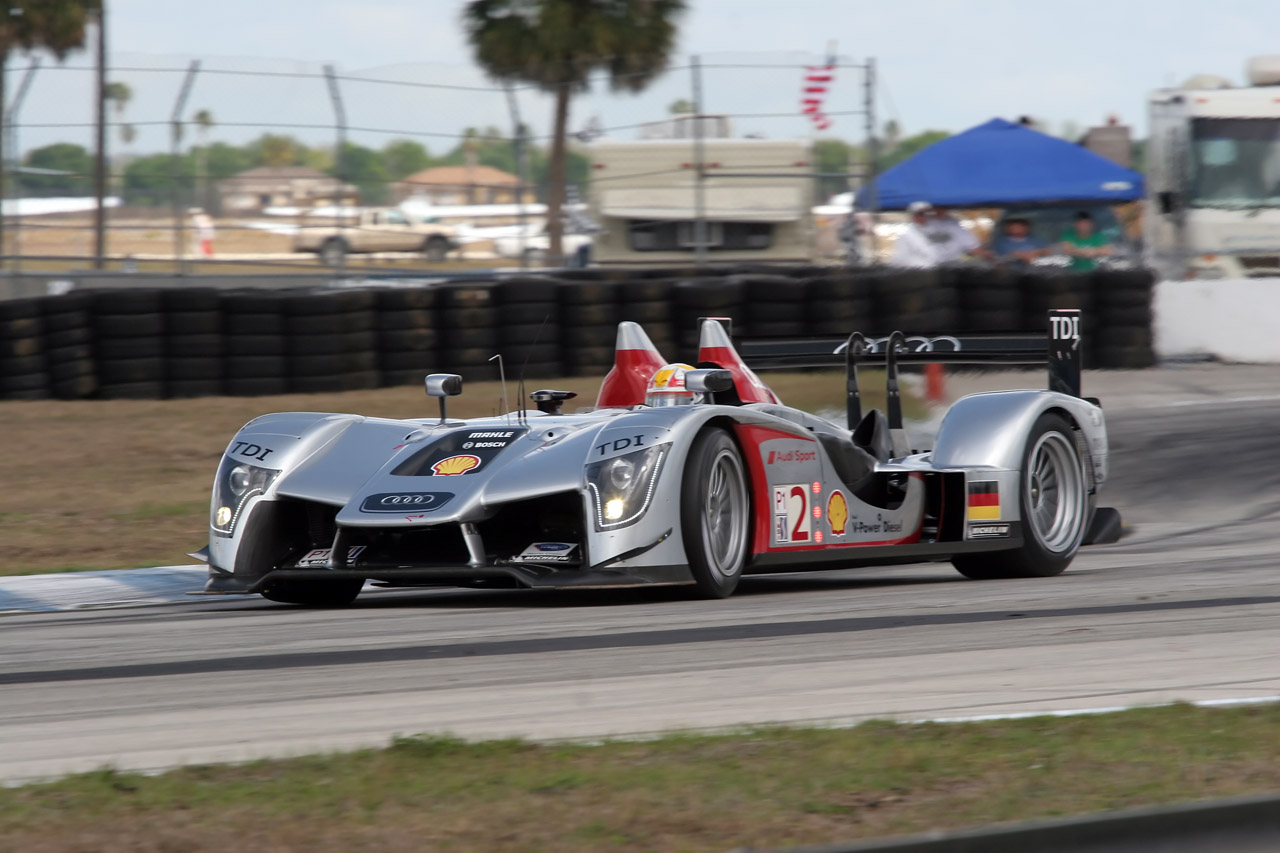 Actually, looking at the ad now... it appears it's selling a 2010 R15+ or maybe even the early 2011 R15++ that ran at Sebring that year. The above is the 2009 R15, which you can see has very different front end aero. The 2009 R15's aero was a bone of contention for Peugeot, some rules changes later (a French governing body ruling favorably for a French player? That NEVER happens... </sarcasm>) and the R15+ with its revised aero was born to try and eek whatever advantage they could out of the rules change that forced them to change the original's design.
Last edited: Oct 9, 2021
You must log in or register to reply here.
Share:
Facebook Twitter Reddit Pinterest Tumblr WhatsApp Email Link
Top