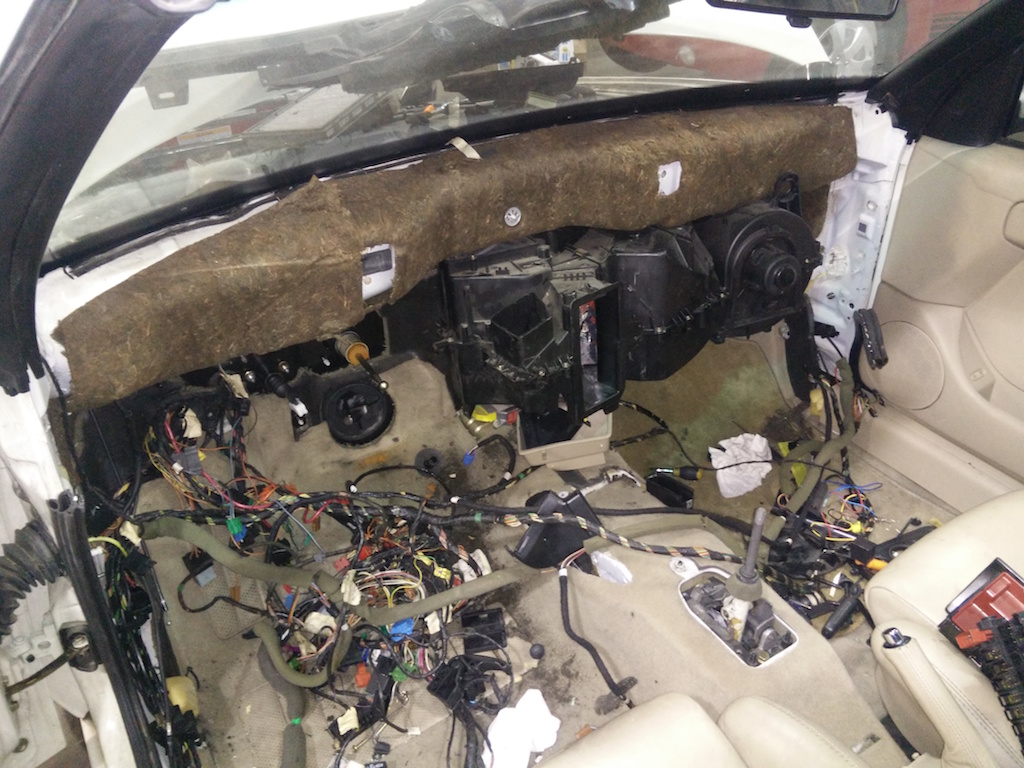 Pulling the dash was a pain. This shows the new air box installed. Literally just installed with no issues at all. there are no upper mounts to the air box, so I'll see if they are 100% needed... might need a bracket fabricated to make it work right over the long haul. Yes the air distribution box needs to be installed to make the dash fit, the blower motor won't clear the new dash support (below) 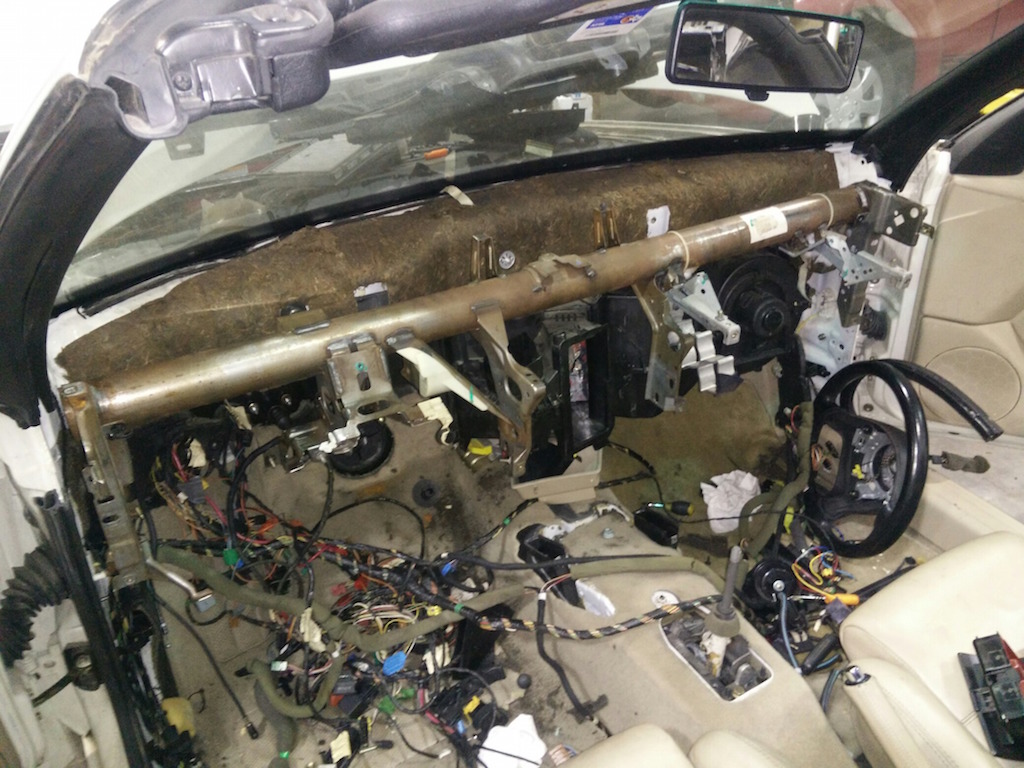 Inserted dash support, one hole to drill and two brackets to mount it to the MK3 platform, two notches needed in the tubular beam to clear the mk3 bodywork (about 1/4" offset on the back of the tube needed, pie cut from the two vertical quadrants. Takes 1 minute to modify. Needed an additional 1/2" spacer for the beam adjuster connecting under the rain tray.
You'll need the following part numbers:
Qty 3, N 905 814 01 plug (plugs the bolt holes for the other dash beam) 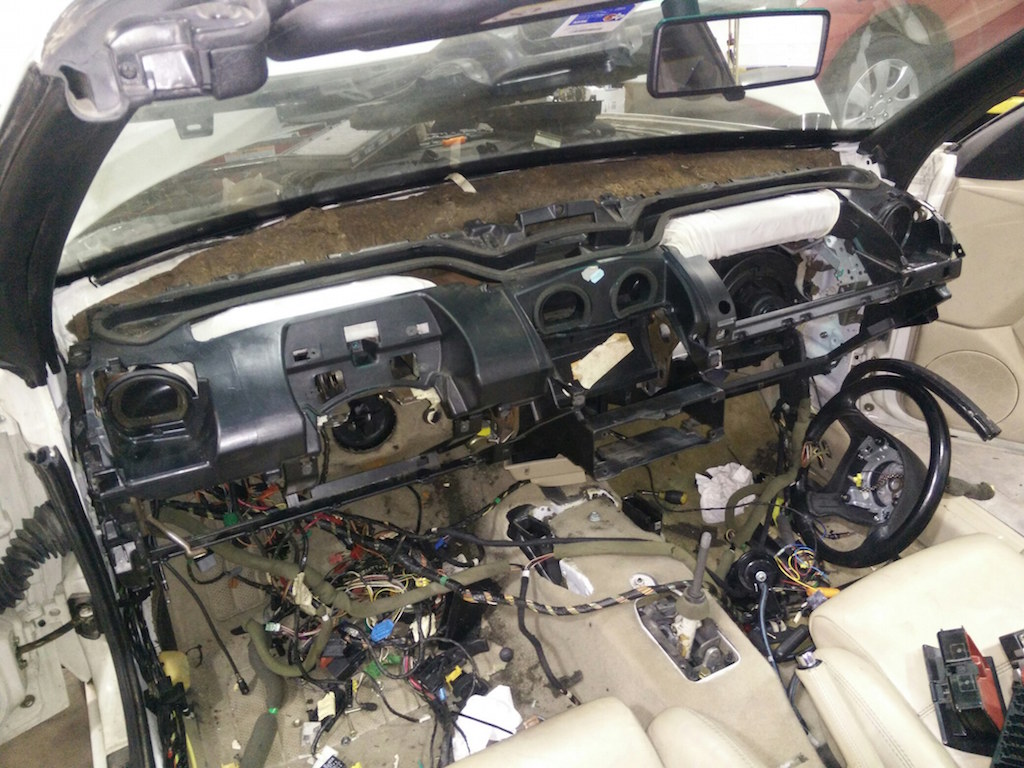 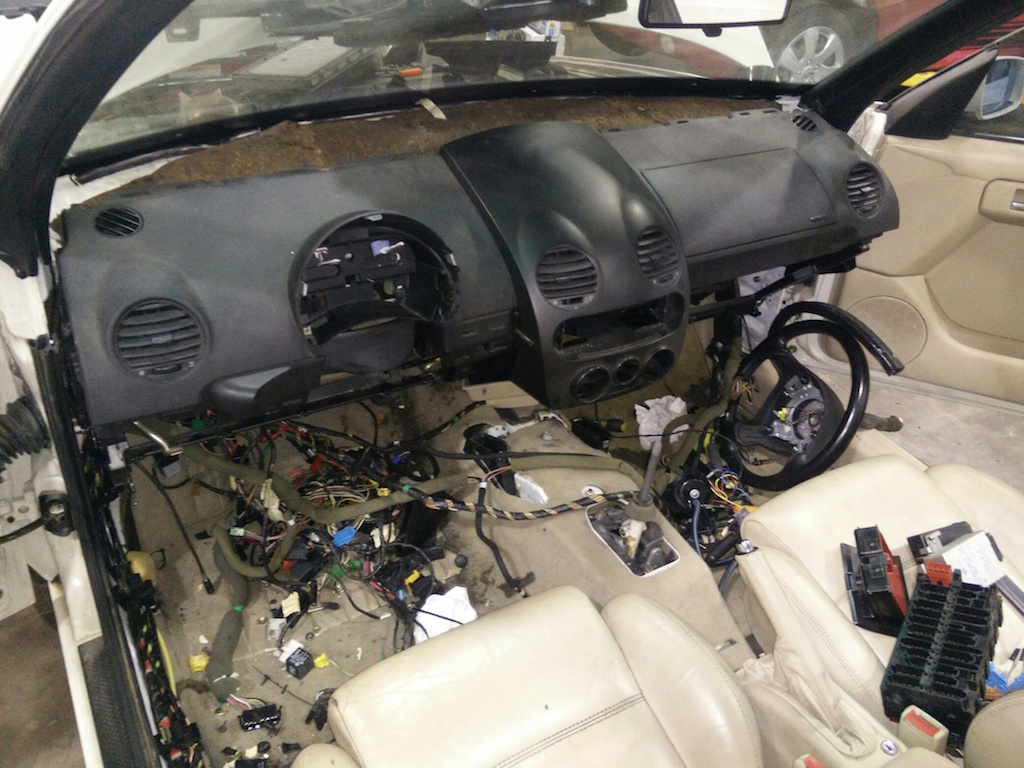 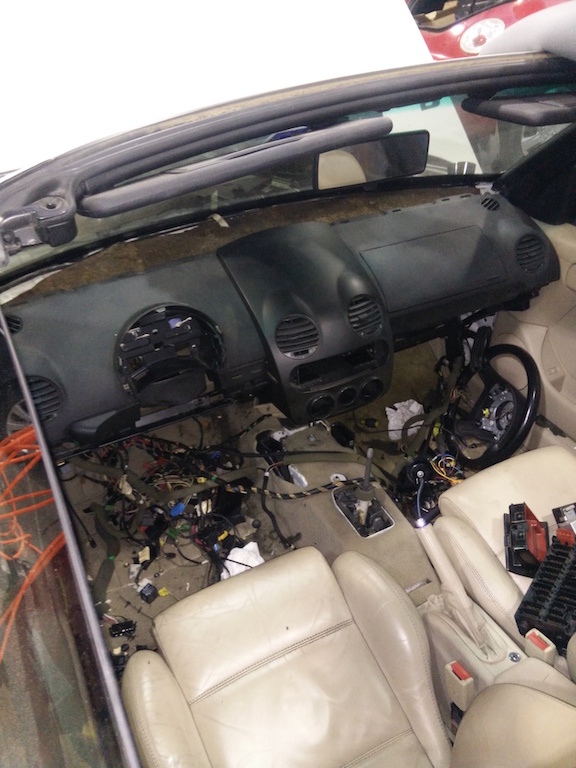 Working on the wiring, and how the mk4 pedals will fit (not sure if I want to use them yet

So the pedals are an interesting challenge.
The clutch pedal will be about 1" higher than the brake pedal if we use the Mk4 clutch pedal, one option is to use the MK3 clutch slave, but the clutch pedal switches will need to be offset a bit to make it work, not sure what the over center spring will do if used any lower... so MK4 pedals might be out.
If I need to do the Mk3 pedals, I can use the existing cable driven throttle pedal with a '98 beetle TDI throttle position sensor. I just so happen to have one, but it'll need to be fabricated to make it work correctly. 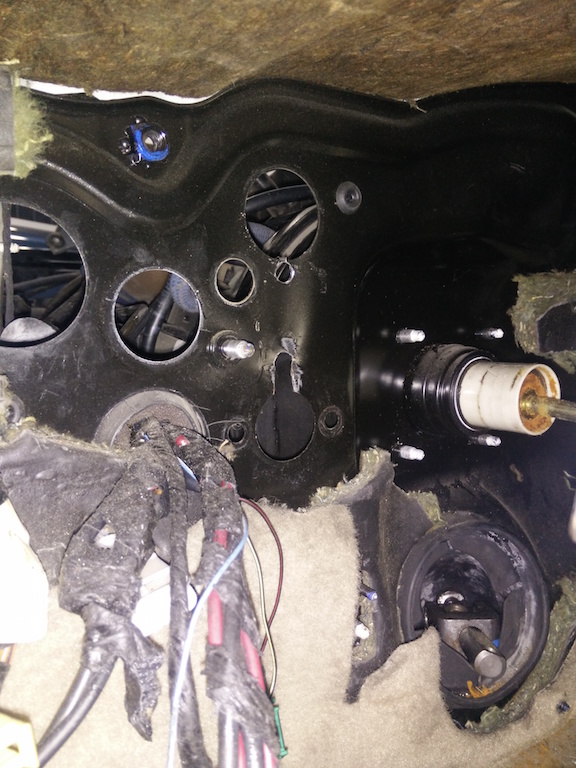 Modified to use the Mk4 clutch pedal box. 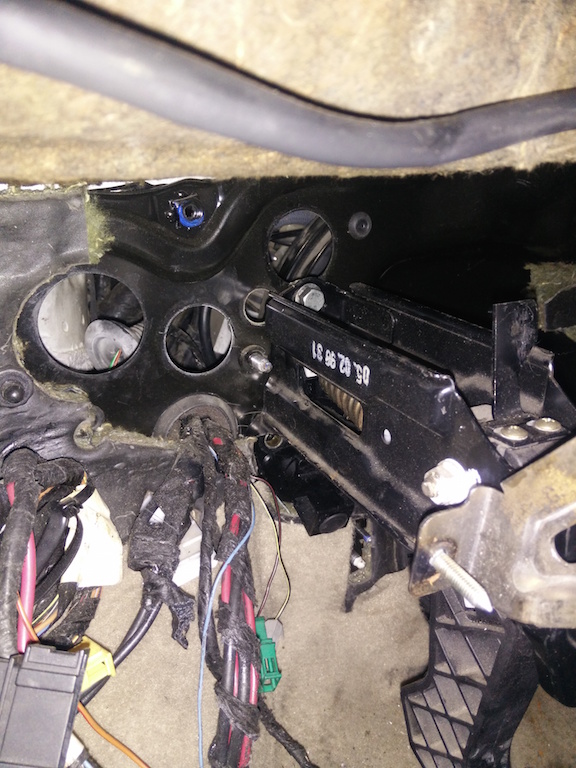 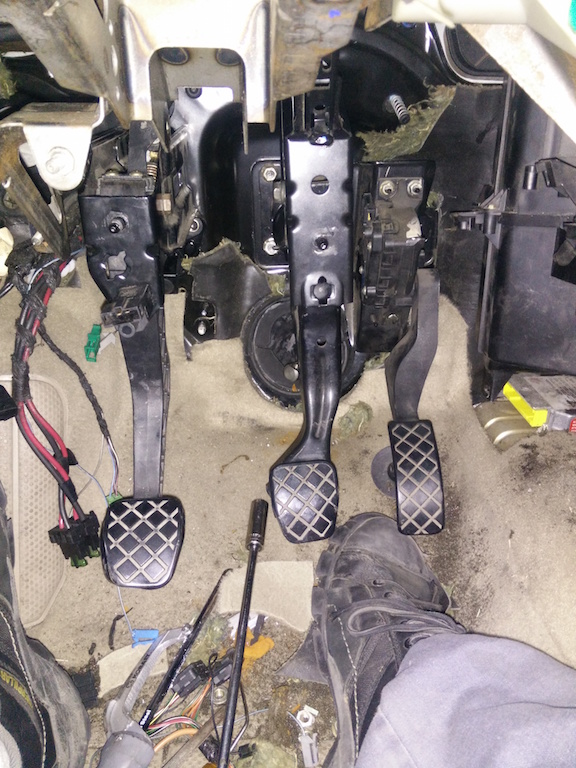 Too bad the clutch pedal height is totally uncomfortable.
Last edited: Feb 9, 2016
A 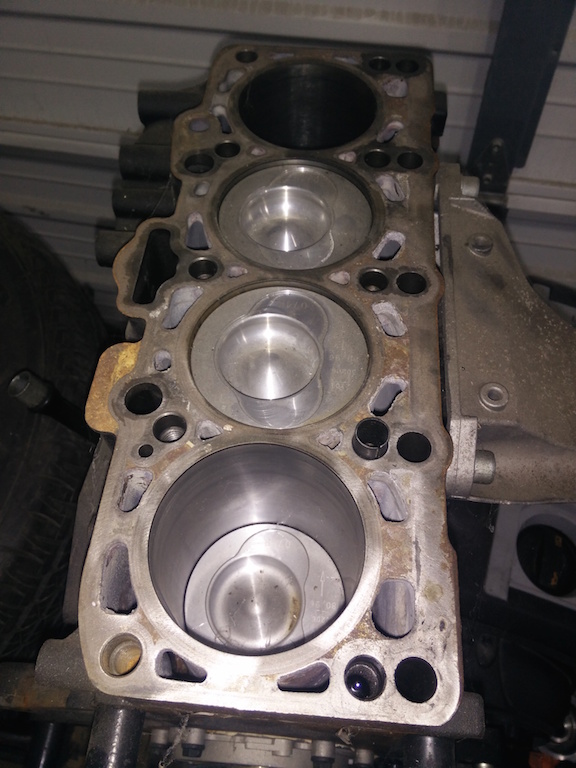 BHW block with modified T4 2.5L pistons
Currently stock size rods, but will be upgraded before I stick it in
yes, it has a pump, not a balance shaft.
It's got a little surface rust, engine has been sitting for about 6-7 years, finally getting to it.
As far as I can tell, so far the Mk3 engine mounts will bolt right up to the back side of the block

Going to need to find the PD150 intake that routes the wrong way, also thinking about using a turbo setup with the cold side on the wrong side as well...
Got the larger version of the TT 225 HP right side intercooler, it just barely fits. going to be fun plumbing it.

As for the transmission, thanks to having a VR6 donor, the axles bolt right up to the VR6 flanges from the 02A, which slide nicely into the Passat transmission.
Last edited: Feb 9, 2016
A

Updated a couple of posts above.
Mostly I get to figure out the mk4 clutch pedal weirdness or use the original pedal box and adapt the 98 beetle throttle position sensor to work with the gas pedal on the mk3.

Can't you use a Mk3 tdi pedal cluster? That would give you a pedal cluster with stock fitment and none of the pita. Isn't the only difference that wiring is reversed on the Mk3 vs Mk4?