I take it you went down the SMF road as well??
P

adjat84th said:
I take it you went down the SMF road as well??
Click to expand...

Yep I sure did. I didn’t knkw that would be an issue until after I did it lol now I knkw for the future

Some pics of the motor! Ignore the old turbo.
Pretty sure I'll delete the coolant lines for the HP EGR and Throttle valve/ASV for now to eliminate a bunch of hoses/pipes. The HP EGR is blocked on the backside so will be inoperable anyway, only concern is the ASV and whether it truly needs coolant running to it as that will still be running. The charge air cooler here is different in that it has two coolant intake ports and one return on the bottom, vs one in and one out on the CRUA. Simple change for that. The coolant temp sensor on this is actually under the CAC vs by the coolant flange on the head on CRUA. Will just need to add length to the wiring for that. Really trying to map out everything I'll need before taking the car down. 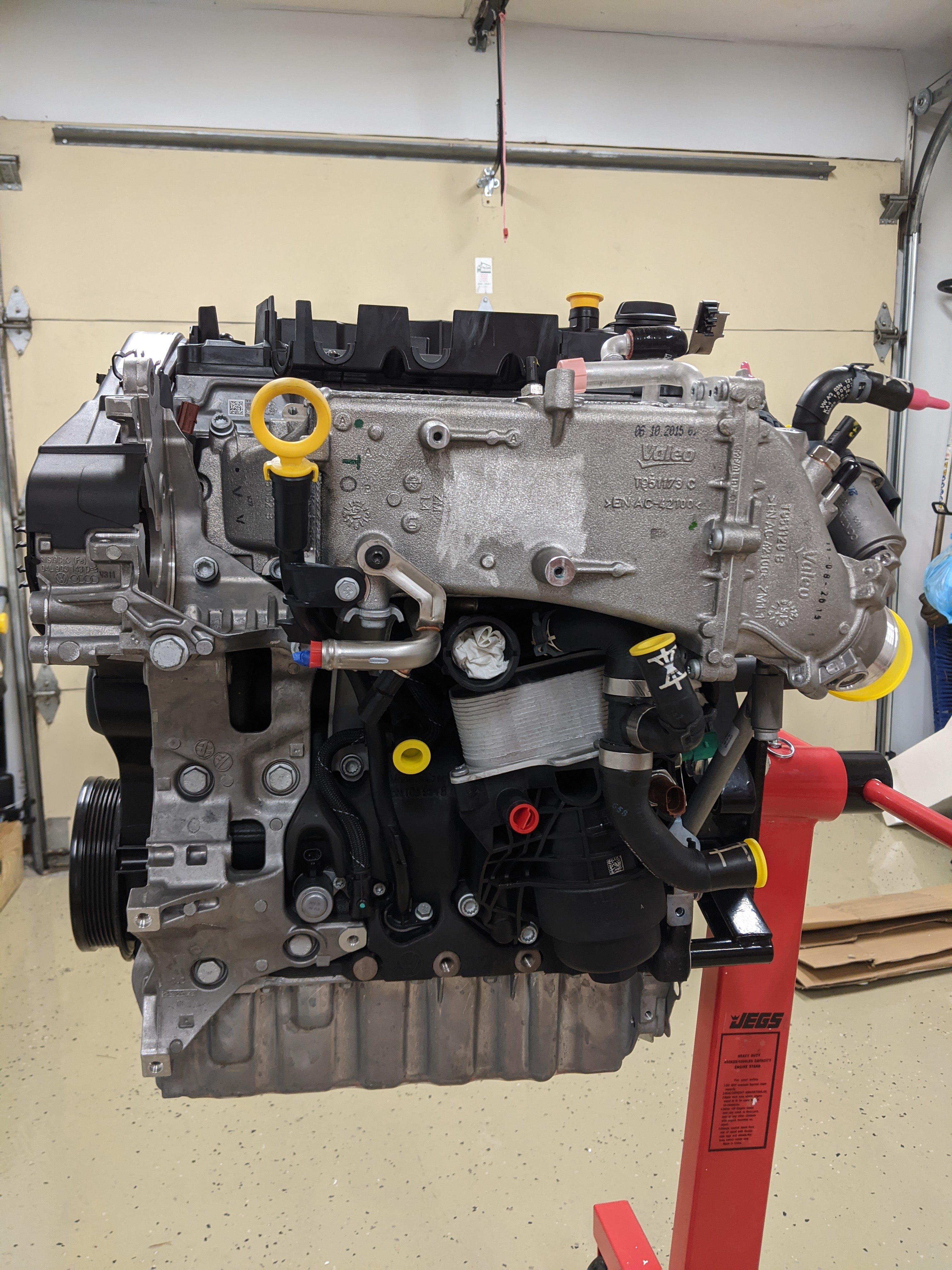 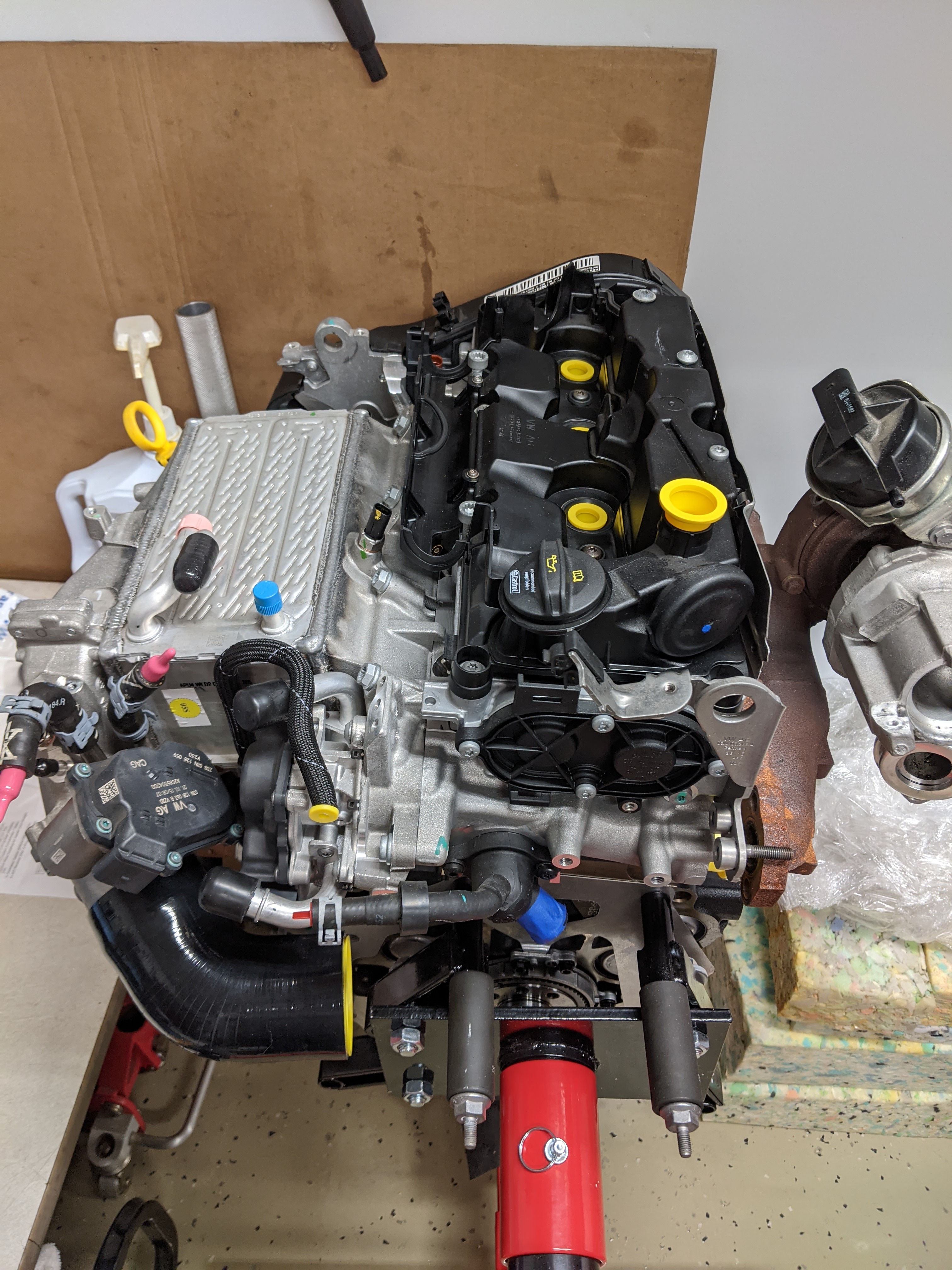 Look amazing! Cant wait to hear how that turns out in the mk7!!

you doing bitdi conversion or what?

Macradiators.com said:
you doing bitdi conversion or what?
Click to expand...

I've been going cross-eyed looking at cooling diagrams lately for this project, and figuring out bypassing the HP EGR and ASV completely so that it's much less piping/hoses to run. The HP EGR in my case is blanked on the back of the head so no exhaust is flowing, but not sure what harm might be done to bypass the ASV coolant pipes even though it will remain on the new setup. With LP EGR gone as well, charge temps are far lower so thinking this won't be an issue unless there's an integrated temp sensor. I'll also be plumbing in coolant lines for the turbo on this so that heat is able to dissipate correctly after shutdown and not potentially torch these VKLR bearings. Probably not an issue with my mechanically sympathetic driving style, the larger turbine wheel, and resulting lower EGTs...but it won't hurt and it'll be easy to route with the motor out.

Something that was interesting to me is that, it appears the sole purpose of the heater support pump (electric pump on the back of the motor) is to keep coolant flowing through the motor, LP EGR, and heater core while the timing belt driven water pump shroud is covering the impeller and unable to move coolant on its own. If one were to replace the water pump with an unshrouded version, it could make the support pump in the back unnecessary since coolant would always be flowing. I'm unsure if that pump also runs during other high temp scenarios, but would decrease the complexity of the cooling system greatly if this is the case.
You must log in or register to reply here.
Share:
Facebook Twitter Reddit Pinterest Tumblr WhatsApp Email Link
Top