A friend of mine has a passat (well, almost all of my friends have a passat ). The car is running fine most of the time. But sometimes there is a lack of power in first and / or second gear (as if the turbo was not kicking in). And today when we testdrove it (my friend was driving and I looking at the computer, VAG-COM), and when we accelerated from stand still, there was a notisable lack of power in second gear, and VAG-COM showed that the current (actual) charge pressure was missing (the specified was just below 2000, and the actual was approx at 1000). This condition remained until 2000 - 2500 rpm, and then the pressure suddenly rised (and the car took off, I think we approaced 7000 feet before starting the descent again ).

So I have jumped to the conclution that he either needs a new N75 valve OR has a vacum leak. Anyone agree or disagree with me ?

I really could use a hand vacum pump and a gauge (is there a vacum pump with built in gauge ?). Anyone knows about something like this on ebay ?
Last edited: May 25, 2006

Could be sticking turbo vanes also.
A

Forgot to mention: the turbo is changed about 2 months ago by the dealer (who thinked that was the problem).

Airliner said:
Forgot to mention: the turbo is changed about 2 months ago by the dealer (who thinked that was the problem).
Click to expand...

There is also a sound from the engine / turbo / whatever when you hit the pedal, expecially when you acclelerates from a low rpm (1000) under "heavy load" (high gear). The sound is almost like a mix of a bad bearing and air under pressure leaking. The sound is also heard when you step off the pedal and letting the engine slow down the car. But the sound is not there when you are running at constant speed / load.

This is flooring the pedal in the 2nd gear. Is the turbo a bit slow to pick up the pressure, or is this normal ? The green is the specified pressure, and the yellow is the actual pressure.
A

One thing I thinked about today:

Is it possible that when the dealer changed the turbo (which they did about 2 months ago, and that did not solved any problem, but the problem was partially solved later on by replacing the harness to the MAF, but still the car is slow to acclereate to 2500-3000 rpm). But is it possible that the VNT rod is not correctly adjusted when they changed the turbo ? And how to check if the VNT rod is correctly set ?
T

I believe you have misquoted which line is what. Please recheck your block 11 definitions and let us know.

Otherwise something is really wrong with your turbo/air boost system since I would think the N75 Bypass valve would cut the boost once the specified quantity is reached.

Well, on my own Audi A4 1.9TDi (both cars are PD) also have this peak of the actual boost before it is settling close to the specified value (if you hold the power for a longer period), so I think thats normal.

But my audi does not have this much lag of the actual vs specified boost (approx. half I would say), so I wanted to know if that lag seems normal with this kind of engine (1.9TDi PD, 130HK)

I'm sure that field nr 2 is specified and nr 3 is actual.
A

I have not changed the N75 yet, but I wanted to bypass the N75 and connect the vacum directly to the turbo to get max "boost" from it to see if the acceleration is good then. But does anyone know what two vacum lines to connect to get max boost from the turbo att all times ? (just for a test run).

Airliner said:
...does anyone know what two vacum lines to connect to get max boost from the turbo at all times?
Click to expand... 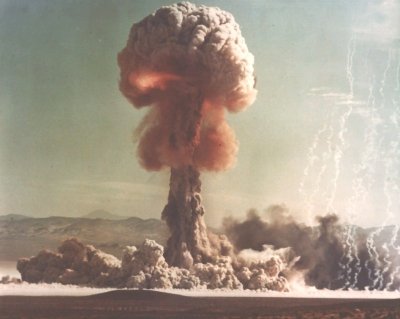 Hehe, well, as I said: it's only for test purposes. I't was actually a VAG qualified mechanic that told me to test this (working on a VAG repair shop).
A


Anyone knows what the difference is ?
B

Did you get it fixed ?
Was the problem related to the N75 ?
A

Nope, have not fixed it yet, but have not replaced the N75 yet either

I'm going to replace the N75 in this week. I expect the N75 to arrive tomorrow. Will report back if there is any improvement.

Btw: my friend called me two days ago and reported that the car had runned into limp mode twice that day during "heavy" acceleration. And the car was fine again after restart.


There was also a fault code this time: