Ireland with pictures and MK7 impressions

Just returned from a week in Ireland and had to post some pictures here because I was smitten with my rental. It was a 2017 5-door Golf TDI with the 1.6L 115 HP TDI engine with a 5 speed manual and 16'' alloy wheels. Produced in April of this year and had 8700 km on the clock. Seemed to be a base package with upgraded infotainment and technology including adaptive cruise, parking sensors (no cameras), fog lights, auto swiveling mirrors, hill assist. On other hand, had cloth with halogen lights and no moonroof. In other words, it was an odd assortment that you could never option on a US VW. This was my first time experiencing some of the latest automotive technology so I really wanted to write about it. My 2001 doesn't even have traction control.

A note on the travel to/from Ireland: Off season in Ireland is affordable. Flights were $240 roundtrip from Providence on Norwegian (10 kg bag limit with carry on or else $60/checked bag, however, this was inconsistently enforced depending on who your check-in agent was). They are finally flying the 737 MAX on this route (as a launch customer for the plane ~three weeks ago) and the Providence runway extension is complete, so no more concerns about Icelandic fuel stops. From a passenger's perspective there is nothing special about the MAX, Norweigan seats are packed in and not very comfortable. They schedule 6 hrs 45 minutes flying time but we were on the ground in 5:15 eastbound and 5:45 westbound. Car rental from Dollar/Thrifty/Hertz was just 92 Euro for 6 days with damage insurance provided via my Chase CC. Exchange rate is running 1.18-1.23 USD per euro. Dublin does US customs pre-clearance so we had no line when we reached PVD.

Trip was Dublin --> Cork --> Ring of Kerry (stay in Tralee) --> Dingle peninsula (still in Tralee) --> Doolin ---> Dublin. All lodging was AirBnB complete house bookings because we had a group of 7, but normally I would stick with traditional Irish B&Bs for a traveling couple, for the increased interaction with hosts and the breakfasts. I drove 1412 km and fuel cost was 84 Euro. I didn't do the math but based on car's computer (knocking down a few MPG as they tend to be optimistic), I averaged around 45 US MPG. In my ALH covering the same roads at the same speeds, I would have expected 50-53 MPG.

I found the driving very enjoyable. I had driven in NZ a few weeks in 2011 and adapted to left-sided driving more quickly than the first time. The Golf's excellent sight lines and precise steering made a huge difference. Traffic was light except in downtown Dublin. There is no question that drivers in Ireland are more skilled and disciplined with fewer yahoos than in the US (didn't see stupid stuff I see daily on Rhode Island roads), better control of their vehicles (by necessity, given the width and twists of their roads), better use of turn signals, less tailgating, staying left except to pass, etc. Trucks also stay out of the fast lane which I appreciated: big change from the States where it is not uncommon to have semis on your bumper in the fast lane or blocking traffic for miles on end.

I think Ireland has been slower than the rest of northern Europe in transitioning away from diesel as most new vehicles still appeared to be manual transmission diesels, with the Volkswagen group far and away most popular by my eyes. Diesel running a considerable 15-20 cents cheaper per liter at the pump certainly helps.

Navigating would have been a bear with a map because regional, local, and city roads are not well marked. I downloaded all of Ireland in offline Google maps. We also rented a WiFi hotspot from Hertz (44 Euro). Navigation was a breeze with the Golf's large touchscreen running Android Auto with impressive responsiveness to voice commands, even though I was butchering pronunciation of towns!

Roads are well maintained by New England standards, helped by the lack of thaw-freeze cycles, I imagine. Motorways (M) are closed access highways akin to our freeways and are generally marked 120 km/hr with the fast lane running 120-140. I didn't see many (?any) speed cameras on the roads of this type I traversed. I saw one police officer in my ~500 km on motorways. National primary and secondary roads (N) are generally marked 100 km/hr and are very variable in what their safe speed may be. I came across several mobile speed trap vans on these roads, with Irish drivers devotedly flashing brights to alert oncoming traffic of the threat of a fine! Regional (R) and local roads (L) are uniformly scenic, twisty and narrow.

Car review: For reference, I am 28 and have only owned one car my entire life, the 2001 Jetta in my signature. I have driven a MKVI Golf GTI but this was my first MK7. For fun, I'll rank aspects of the vehicle on a 0-10 scale:

So I highly recommend a trip to Ireland, especially if you are a car person in the New England area and can take advantage of the Norwegian fares. Our trip mates saved 15 Euro and got a Nissan Note that had a slipping clutch. Try to get a Golf! It's really too bad that this great family of EA288 engines has left our shores as of 2015.

Feel free to PM me if you have any other questions or would like a copy of our itinerary to get the bones for your trip started. 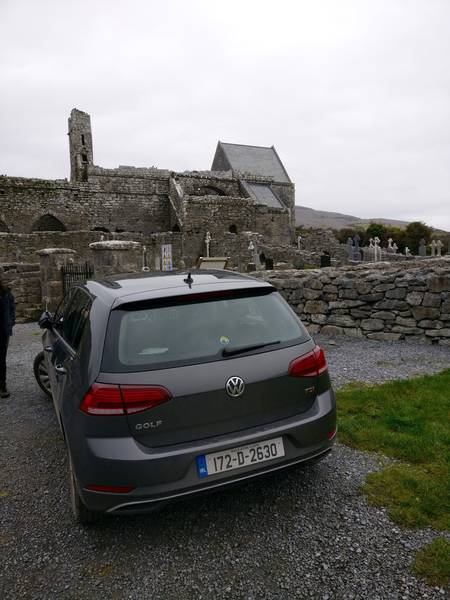 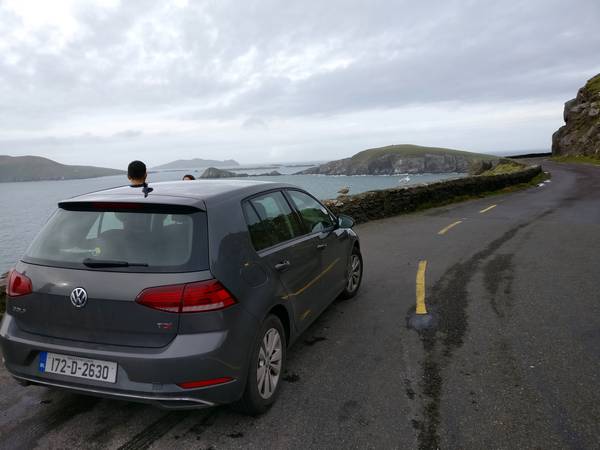 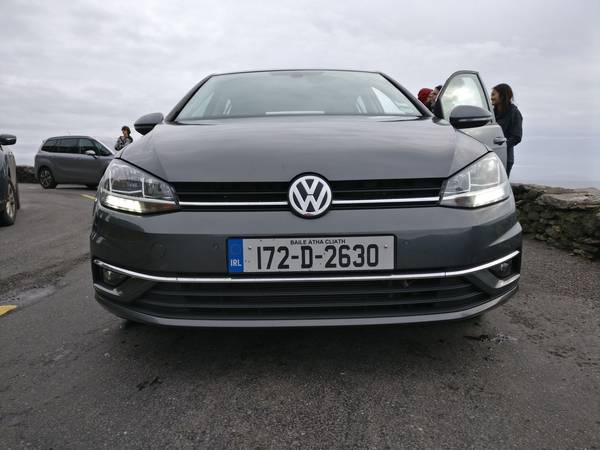 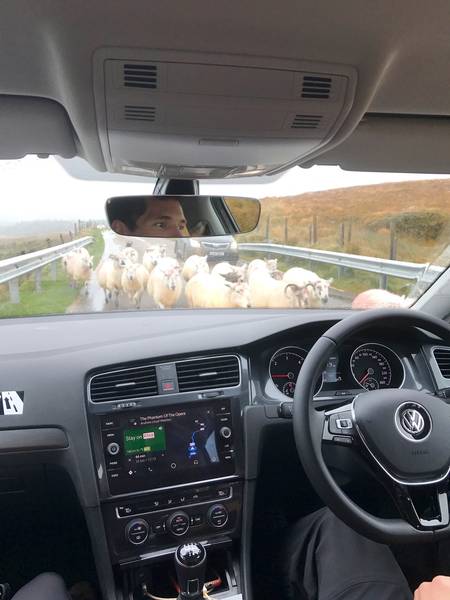 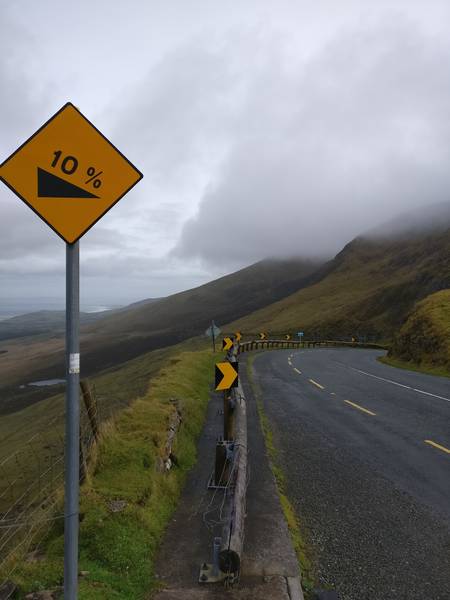 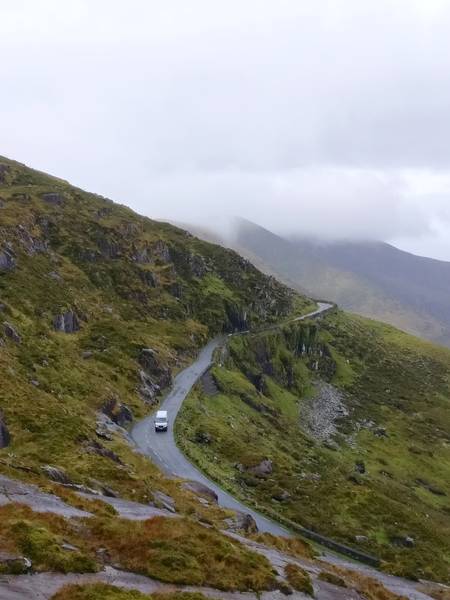 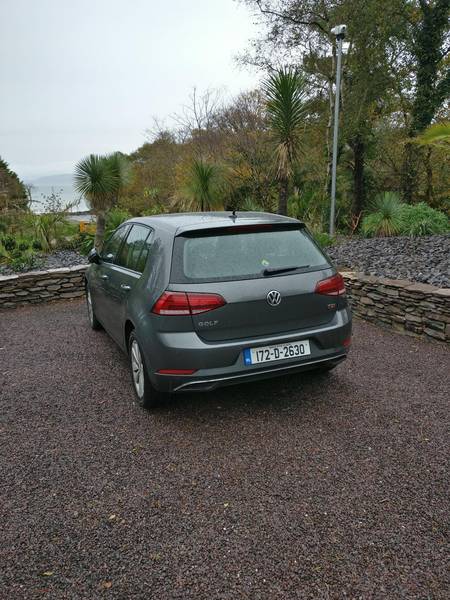 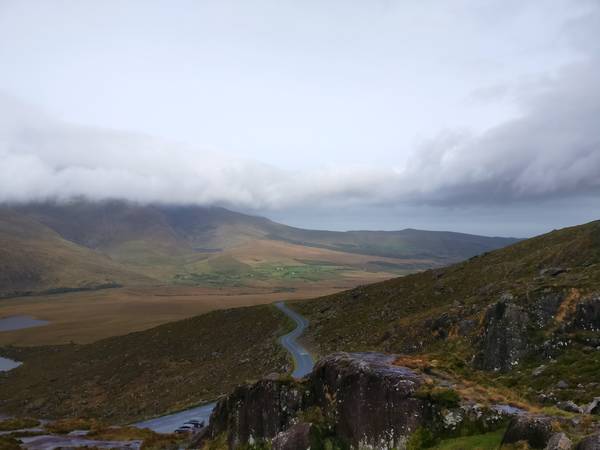