Walked in the house about 30 minutes ago. No issues other than an hour flight delay in SLC

1/4 the way there! Left about 6 this am and have made it as far as Ogden. Tomorrow's destination - Lexington NE.

I also made it home, enough time to mow the yard before dark. Oregon was beautiful.

Glad you made it guys--I got back last night about midnight...uhm...no sympathy I'm sure...

Tomorrow UPS gets "the call."

Take care and safe travels to those still on the road!
-BB
M

We made it home about 1pm today. It was a great Fest and wonderful drive home.

We are heading into yellowstone on our road trip! Yah
V

Just got home less than an hour ago. Flight was delayed at PDX resulting in a scramble to make my connection (which was delayed slightly). Flew Delta, had to change planes in Atlanta (!) in spite of the fact that MSP is one of their larger hubs.

Flights went smoothly...if only making our absence up to the cats would be as smooth...

Spending the night in Sacramento. Half way home to San Diego.

Had a really good time seeing faces to match with names.

My better half met up with another wife - Mary. They had a great time telling each other how little they knew about the TDI's.

Anita and I will both be looking forward to TDIFest 2011.
P

just now got to sac as well. was a fun drive.

Arrived at home yesterday at 10:30. took the scenic route through Klamath Falls. It's good to be able to do over 600 miles on a tank again! The New Beetle ran flawlessly.

I ended driving straight through (17.5 hours) and made it home about 12:30 AM this morning. I think I really like the seats in my JSW, my a$$ did not hurt a bit (unlike my old air cooled VWs). I averaged almost 41mpg which I figure is pretty good considering it was mostly 75 and 80 mph speed limits and mostly through the mountains. It was a pleasure putting faces with so many names I have come to know.

I dragged my a$$ in the door about 10pm Monday evening. Took about 11 hours with a quick food stop, and an emergency icepack stop to bring the temp down in the gecko tank!

I'm glad people are posting when they're getting home. I know so many of you came to join us from SO far away. It's good to know that you're safe and sound. Thanks for coming out and joining us!
T

TheGrove said:
1/4 the way there! Left about 6 this am and have made it as far as Ogden. Tomorrow's destination - Lexington NE.
Click to expand...

1/2 way home! Made it to Lexington NE (1/2 across Nebraska) just over an hour ago. Chicago (actually just south) here I come.

I really wish I could have spent more time at the fest.

Although I will probably be the last to get home, This coming sunday night.

03:00 eastern and I just walked in the door.
Total drive miles: 8,226.0
Flatted, had to stay longer in Denver than planned to buy a replacement tire,
That would have put my fueling schedule off by half a day, but an all night drive got me back on time.
Sounds like a rear wheel bearing is going, but it might just be the different tread pattern on that corner now,
Consumed (leaked out) a gallon of oil on the trip,
Hit a skunk and the car stinks now,
Got some more "spy photos" this time of a Hyundai or Kia sedan. I'll have to open the camera images to determine which.
But that's later, Good night...

Now, that's TDI dedication. That stinks about the skunk. Ha, ha! I couldn't resist the pun.

Hamster & Peter drove out. Hamster had to fly back and Peter was driving. Don't know when he left.

Well... I left the Hotel at about 10am Monday and went to do some shopping at the Lloyd Center (I could get used to Tax Free Oregon )

Left Oregon at about 2pm Monday and finally arrived at home at about 4pm Thursday Long drive....

Now, by the numbers:

Can't wait till next year

TheGrove said:
Hamster & Peter drove out. Hamster had to fly back and Peter was driving. Don't know when he left.
Click to expand...

Peter left the left coast monday morning. He's due to be home sometime tomorrow (sunday 9/12), much to the hamster's joy!

I am also finally home.

Vacation was great. The drive was hard. and I hurt so much...

Lug_Nut said:
Got some more "spy photos". This time of a Hyundai or Kia sedan. I'll have to open the camera images to determine which.
Click to expand...

I suspect that this is the $60,000 Hyundai Equus.
And you thought that a VW Phaeton was a poor marketing decision...... 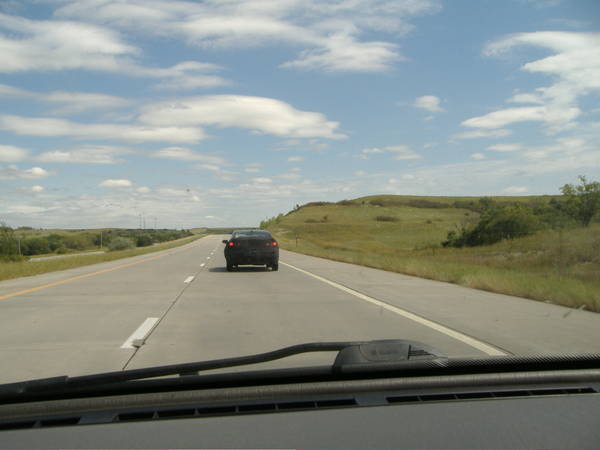 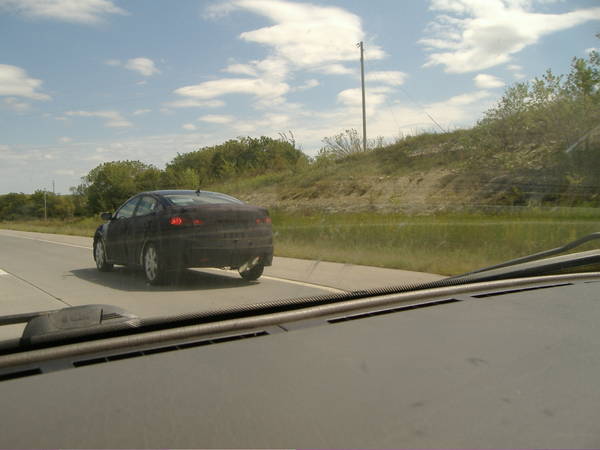 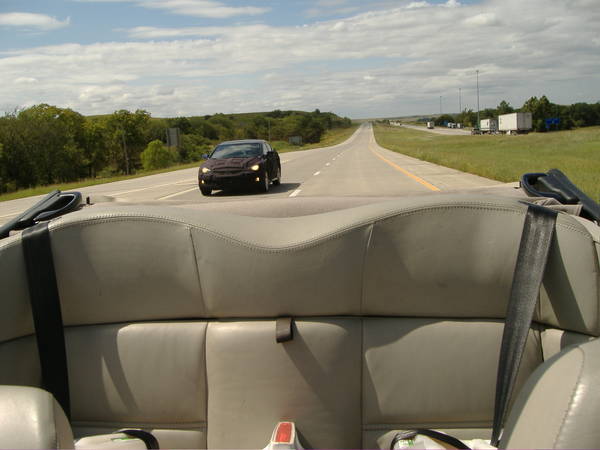 We just got in 8 days later and 4000 km later on our return trip via Craters of the Moon national monument, The Grand Tetons NP, and Yellowstone NP. Broke 40 MPG for the first time!

We got home late Saturday/early Sunday after enjoying the Oregon Coast from the California border north to Seaside. We found out the hard way how busy it can get in Seaside and Canon Beach on sunny Saturday, but it still worked out well. It was kind of cool briefly running into hotrodtdi from years back. It's always good to have some sort of TDI hat or clothing on.

My wife Corrie and I along with two dogs are home safe and back at work. We arrived Sunday night. Just outside of Edmonton my stereo flashed a 'CDC Hardware Error' message and wouldn't eject Cds or play radio/mp3 for more than a couple of minutes before cutting out and flashing the message. So it is being replaced in Edmonton on warranty - but I have to drive 1400 km back in a month to get it. Oh well .

It was funny, the dealership called me after having the car for two hours and said their tech's computer couldn't communicate with my car. Then she asked if I installed any aftermarket items and implied it was my fault. I of course said no. They said they would call me back. We waited all day just to have her phone and apologize. Apparently the tech had their computer on the wrong setting so my computer was fine, it was their issue. So we wasted a day in Edmonton and had to stay overnight just to have them confirm my radio was broken. Ridiculous. I swear I will drive to Fix Um Haus for my next service just to keep it out of the hands of a dealer.

Other than that Rich at Fix Um Haus did an amazing job on my service before we left Portland and also did a Frostheater install. It was not an easy fit and he gave me a great deal. My car is running perfectly and we had no problems mechanically.

Our thanks to Fred, Zippy, Icecap who gave me a great tour of my engine compartment, Pat, Brian and everyone else we met. Good times for sure! Total on my trip 8928 km, not including the Alaska Marine and BC ferries.
You must log in or register to reply here.
Share:
Facebook Twitter Reddit Pinterest Tumblr WhatsApp Email Link
Top