Once they are "bulletproofed", the 6.0L isn't really that bad of an engine. It just depends on what all has already been done to it and how it was cared for.

I have a former coworker/friend that has a 2004 F250, it was gone through at 35k miles, and now has over 300k and it has power adders since that time to boot. Hasn't missed a beat.

If it is a two pedal, which it does since it is a van, it will of course need the transmission redone/replaced sooner or later, although there are some things you can do to help with those, too. Granted, the E-van's 6.0L is already pretty detuned from the F-truck version, so they are not so hard on things.

NOTE: Picked up 4 like new 16 alloy/caps/lugs (took offs and stored for 12 years. In the shop getting them installed) 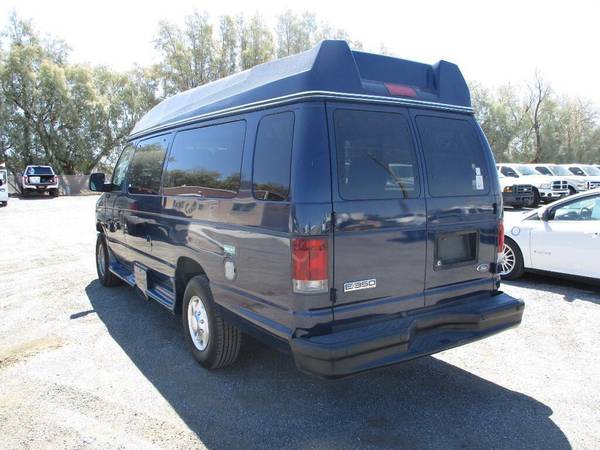 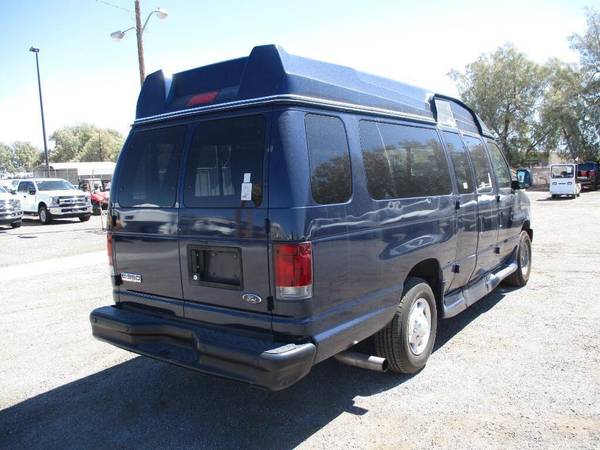 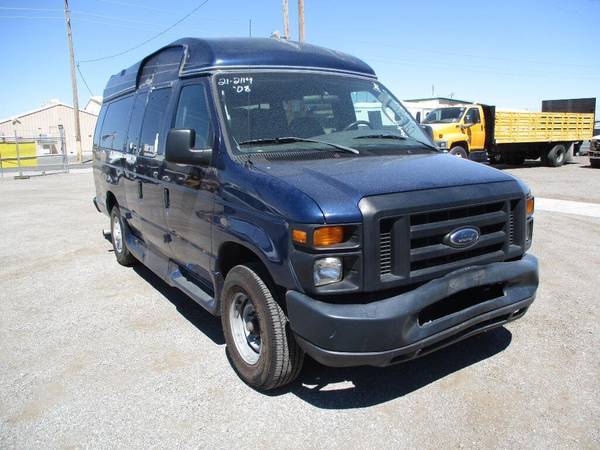 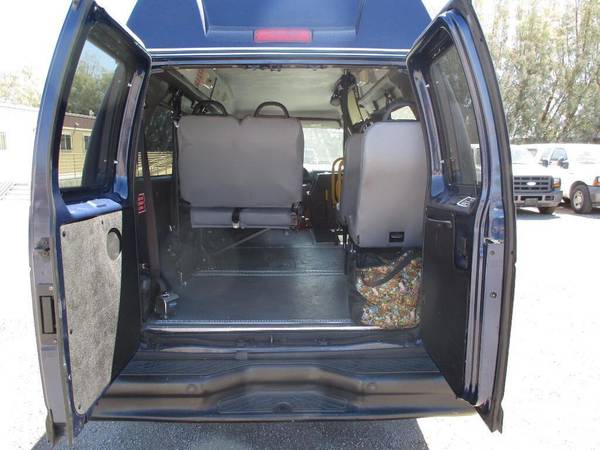 oilhammer said:
Once they are "bulletproofed", the 6.0L isn't really that bad of an engine. It just depends on what all has already been done to it and how it was cared for.

although there are some things you can do to help with those, too. Granted, the E-van's 6.0L is already pretty detuned from the F-truck version, so they are not so hard on things.
Click to expand...

From my reading it important to put an inline coolant filter. they apparently have a lot of sediment from the block casting that is the base for a lot of the issues. Head gaskets are an issue if overheated (see above mentioned).

Thanks for the responses. Any real world issues are welcome. This was an auction purchase. Driven home from a Las Vegas auction. It was a handicapped department bus. Seems maintained but sat obviously @ 3k a year.

It didn't sit. The low mileage is because they don't rack up miles but they sit and idle (or high idle, depending on configuration) much of the time. Don't let the odometer fool you. It got plenty of use.

We service a bunch of these (mostly gassers since the cost to keep the diesels going was just too much). They should have given them hour meters. And the newer Fords (gas or diesel) do have this data in the scan tool.
I

One of our vendor reps worked for Navistar when the 6.0 was launched. He says that part (but only part) of the reason that the 6.0 was so trouble prone was that it's sensitive to maintenance intervals and owners were used to the 7.3, which didn't particulary care if you serviced it on time. He did a study of NYC ambulances, where they were completing service based on miles. He calculated that, based on idle time, the ambulances needed oil and a filter every 10 days. They ran continuously, but didn't cover a lot of ground. The city service manager laughed at him and said they'd never service the trucks that often.

Yeah I didn't think about that... It will be fully serviced and gone thru for the usual.

Ford was also forcing Navistar's hand in pinching pennies, thus a lot of less-than-ideal components that were on the very margins of acceptable were used in these.

Ford has a long history of doing that sort of thing.
I

That was the other part he mentioned. Ford replaced a number of Navistar components (including the EGR system) with their own parts. 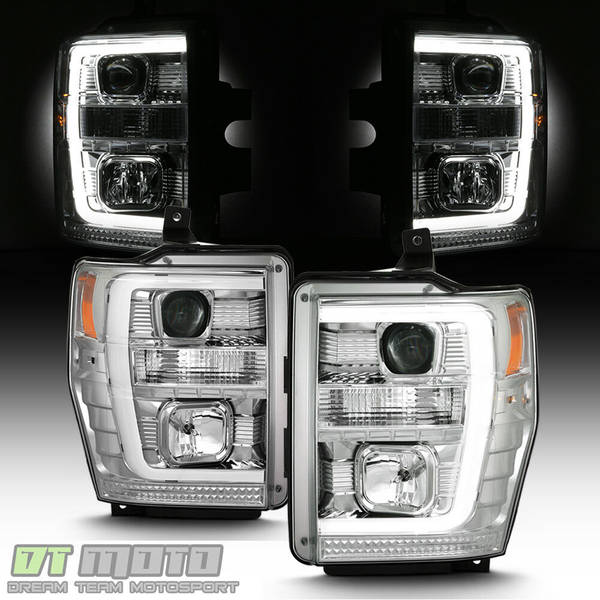 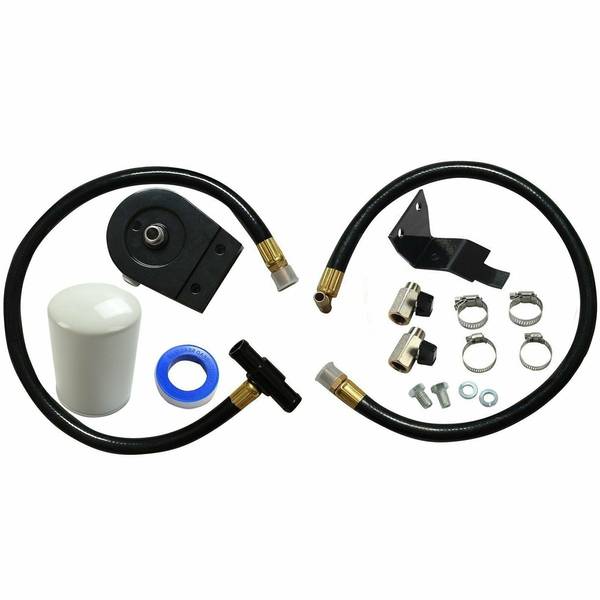 I thought the f series 8 bolt was the same as the e series...nope
The installer luckily put them up to the van first... aaaar.

These will go up for sale unfortunately.
Pictures to come

This full set of 16.9 pound beauties are next to brand new. They show signs of only being nutted up once. (Ford flat washer nuts leave dimples). I bought these from the trucks 2nd owner, who got them from the 1st owner. Stored well since taken off. Very good to excellent condition. Only reason for "not perfect" is a few almost invisible minor imperfections. You will only find better if you buy new @ MUCH MORE $!... Maybe... Will not disappoint.

This will ALSO include all 4 caps. I waxed them up in prep for install and found ZERO IMPERFECTIONS. Chrome is ofcourse O.E quality.

TDIclub discount $650 (everything). May be interested in 8x6.5 local trade.
Will be selling ebay also

Other than one major facelift in 1992, another very minor facelift and a new dash/firewall for 1997 (to accommodate the OHC V8s/V10) and yet another minor facelift towards the end (another new dash and new front fascia), the E-van remained mostly unchanged. Got disc brakes in the back on some models somewhere along the line, the 4.9L got replaced with the 4.2L in '97, etc. but stuff like wheel bearings/hubs/axles and the basic frame arrangement is ancient (in car terms).

Yeah I should've known better on the size. I worked as a Ford tech the mid/late 80's

I didn't say anything because those looked like the Alcoa wheels used on the XLTs from 92-96. I didn't recall that style being used on the 99+

bigsexyTDI said:
I didn't say anything because those looked like the Alcoa wheels used on the XLTs from 92-96. I didn't recall that style being used on the 99+
Click to expand...

Since these are from my e350 diesel van im on this forum about "other diesels" I. Hope this is ok F series 1999 up 8x170 pattern This full set of 4 (very light but O.E. strong @ 16.9 pound each) are next to brand new. They show light signs of only being bolted up once. (Ford flat washer/nuts... 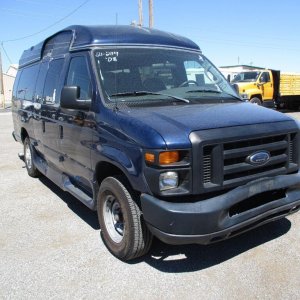 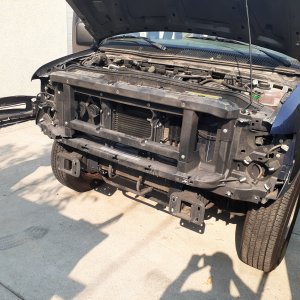 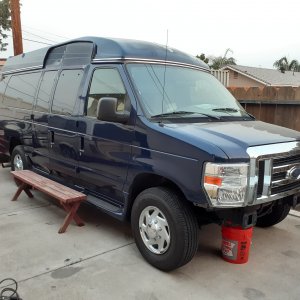 Well on the road after major prep. The wife won't drive it as its just too big for her. She's eying a Toyota sierra... Go figure. I put it on ebay today. 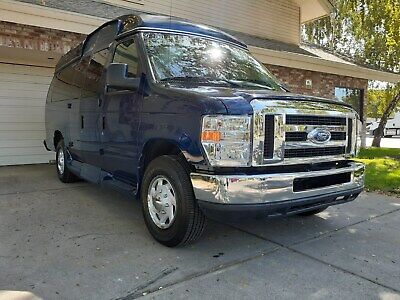 This is a one owner van. This was an expensive combination optioned van. Get the best of the best and a practically new van for a. 2008 E-350 SD 42k! extended van High top with Brauns top of the line UVL (under vehicle lift).
www.ebay.com

I have to say it does really drive out like a new van. We took it on a mini trip and it performed flawlessly. Cruised 2k @ 60. The 4 year old could talk from the far rear to his dad up in the driver seat with ease.