My 2015 Golf Sportwagen SEL black paint, black interior w/ 91K miles has been rear-ended on the freeway and is currently stored in USAA's salvage yard. I've been offered a settlement but haven't discussed the details with my insurer about buying it back.

Wife was stopped on the 60 freeway with both toddlers in the back, rainy conditions, young driver whipped around a semi at 70+ and plowed into the back of them, bounced off and faced himself into the guardrail. Everyone seems to be recovering relatively fine, but the wagon's rear end was pushed all the way to the back of the rear seats. Car did it's job, but nothing useable past the front of the rear doors (other than interior).

Cabin forward is perfectly fine...wife keeps appropriate follow distance even in traffic so no secondary collision/front end damage (even though she blacked out from the whiplash/mild traumatic brain injury--thankfully the truckers jumped out and checked on her and the kids until she came back; airbags didn't deploy but VW was on the line with her somehow tracking the collision simultaneously with her calling 911).

Oil and DSG services at regular intervals. No tuning other then 2nd phase of the fix. Tires were newish but at least one is shot and I wouldn't trust the other's integrity. Once I get the buyback number I can post it. Not worried about profit, just prefer it goes somewhere other than the crusher (the drivetrain, not the vehicle...it already did all that could be expected and isn't fair to the car or anyone else to ask it to do so again).

Let me know if there's any interest. 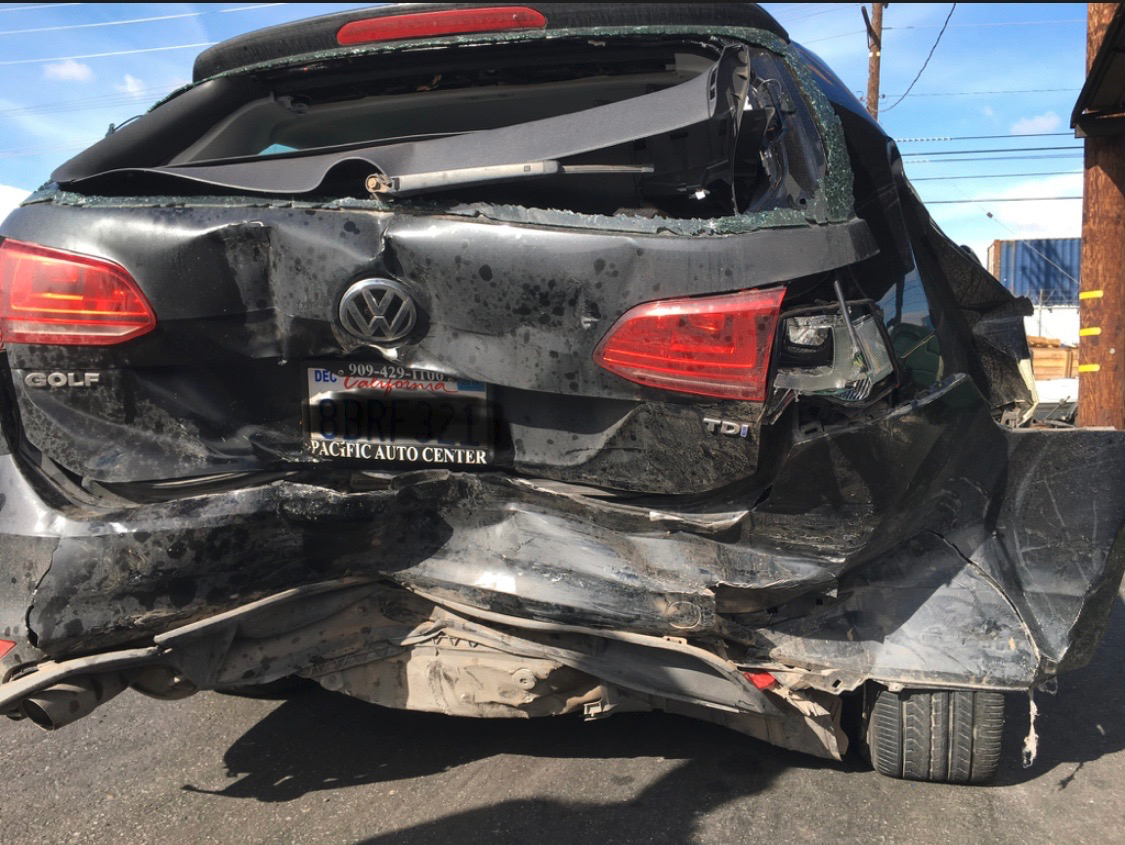 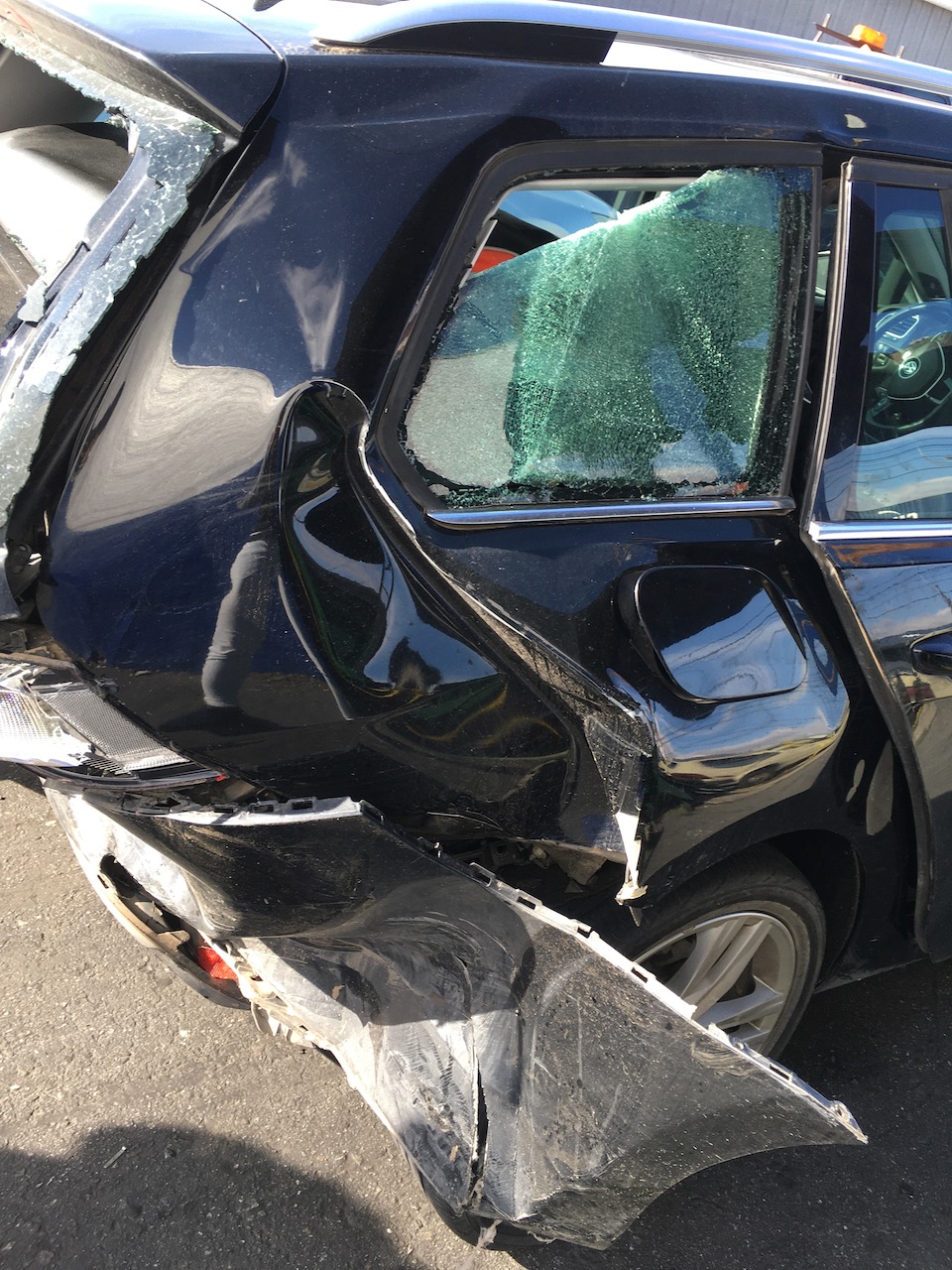 Sorry for the picture sizing.

in a rear end collision the air bags will not deploy, give the car to the insurance company

Glad everyone is ok!

That's one h3ll of a hard hit! So glad everyone is ok! Let the insurance company have it and drive more, worry less.

Thanks for the best wishes! Yes, the most important thing is everyone "walked" away (in the ambulances, but still). Anyway, USAA is being fair about the process just offering it up in case someone had a need or project in the Los Angeles area. Not something I was planning on dwelling on for long

I landed on a 2017 GTI w/ a stick and as much as I enjoyed the DSG for what it was, even I have to finally admit I *did* apparently miss a third pedal...we still have the Touareg so still in the TDI family but after dropping the daughter off at preschool I had to whip around some back roads and a short freeway hop with a big goofy grin on my face.
You must log in or register to reply here.
Share:
Facebook Twitter Reddit Pinterest Tumblr WhatsApp Email Link
Top