Well, just what I was afraid of. Problem is back. Made it 275 miles then out of nowhere the check engine light and P0087 code is back. Reattached my VagCom and gauge. Found the lift pump psi is back down to 5 psi. I'm really not sure the lift pump is faulty. After reviewing my testing I noted that I had not checked the Fuel Overflow Valve in the HPFP. Remove it and found it rattles when you shake it. PM with dweisel indicates this valve should not rattle. Tried to test the valve on the bench with air psi but could not go past 57 psi with 125 inlet psi either due to the hose not sealing or the valve is bypassing. There is not much room to seal the hose on and air would start leaking around 30-35 psi. The hose seal area was so close to the discharge ports on the valve I could not tell which one was leaking. Any one know where to buy this valve? Local salvage yard will not sell just the valve off of the HPFP. Thanks. 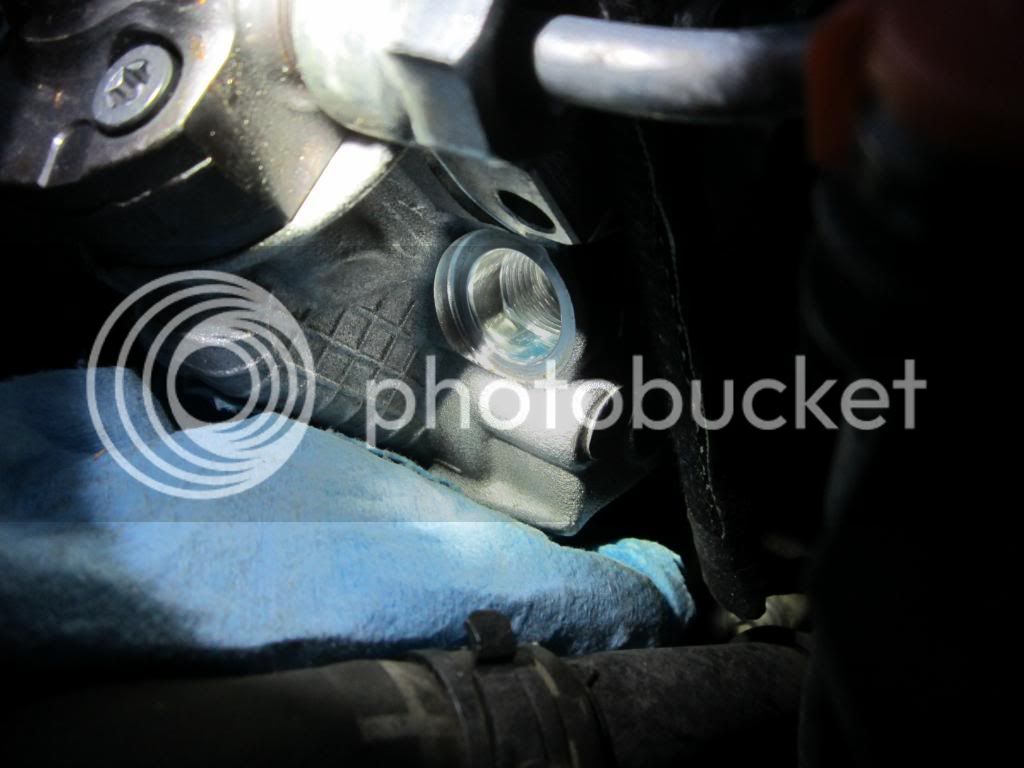 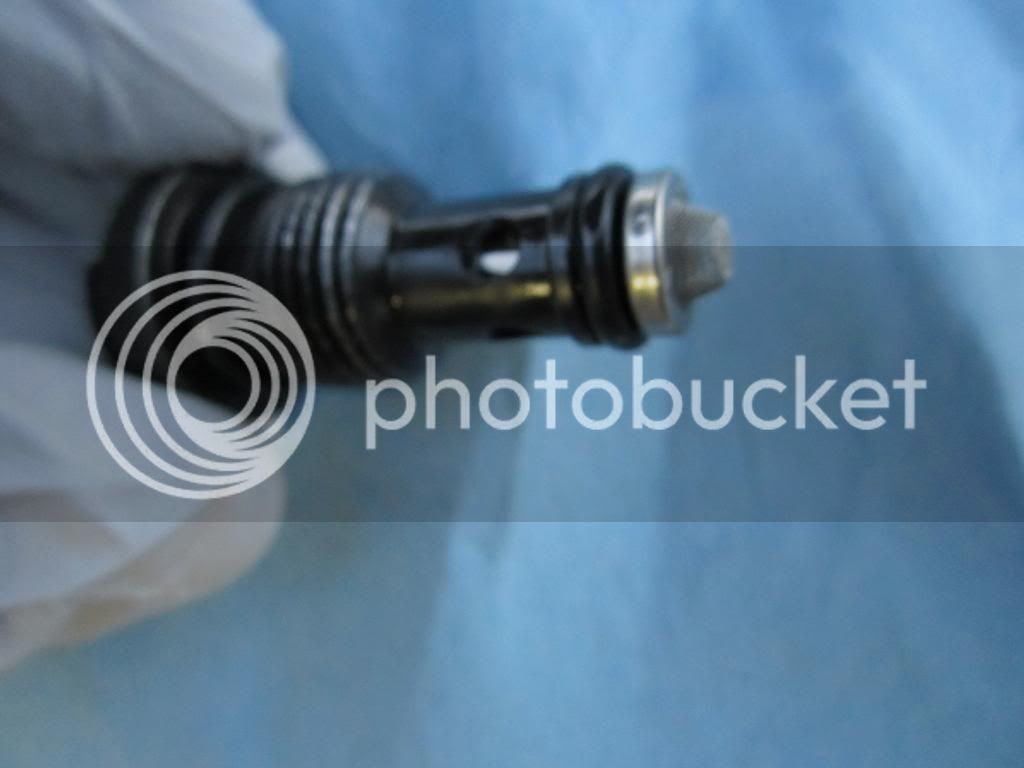 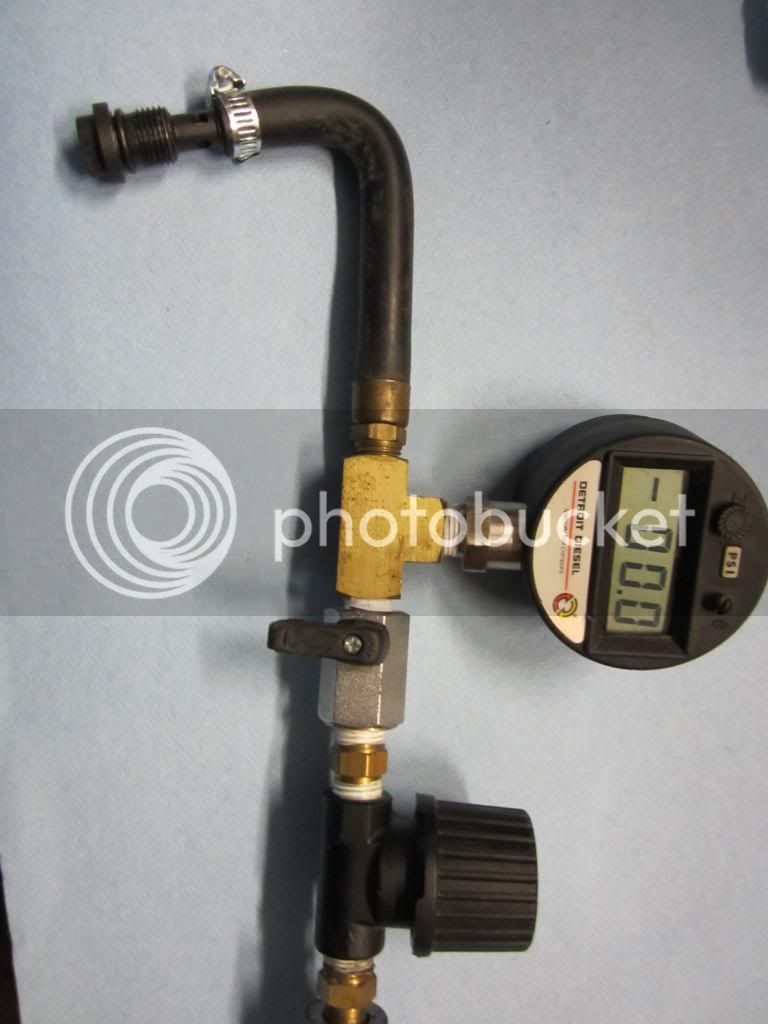 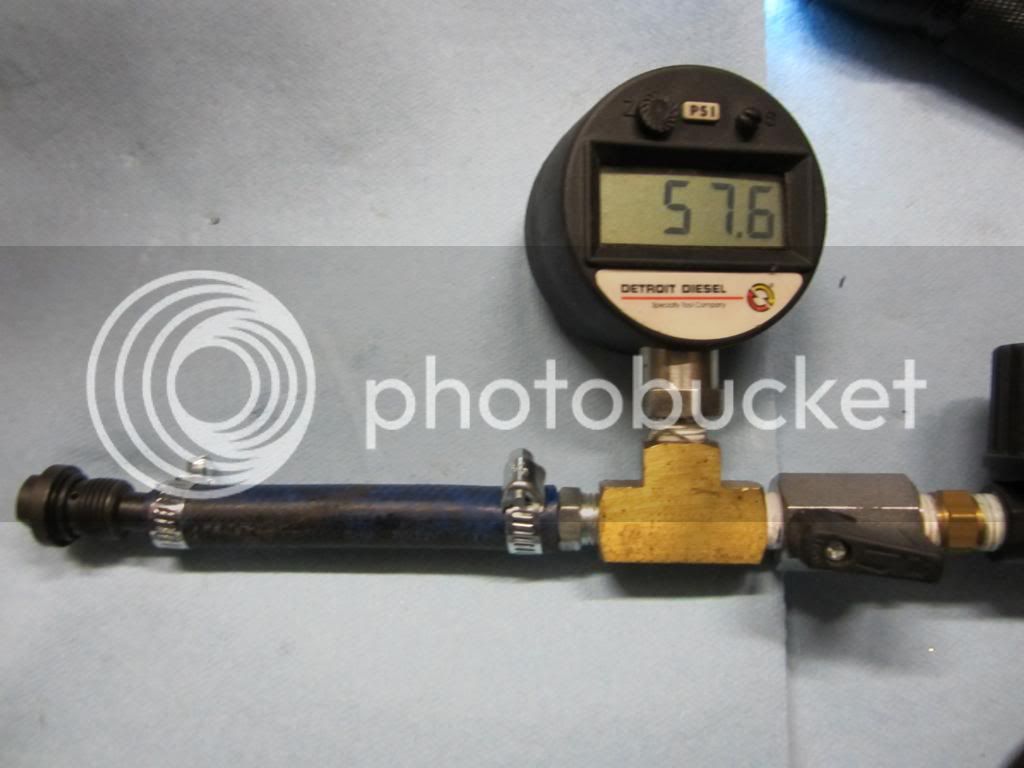 I can give you a couple of spares to experiment with. I will also check if to see if the ones I have rattle.This overflow valve controls your boost pump pressure and the pressure in the pump casing. Try your fancy gauge on the feed line from the boost pump to the HPFP. The overflow valve is to maintain 62 psi in the pump casing.
Very curious to see this pressure monitored and if it changes during a fault indication.
Good work!
M

Would you be able to reinstall the overflow valve and pressurize the pump housing to check when it opens?
L

Thanks for the feed back. I will check aux pump psi and post results. Thanks for the offer 2micron. Once again I may take you up on it. I'm curious if any of the valves you have rattle. Mine acted as if there was no spring in it just a needle & seat.
J

Update--Well I've driven 160 miles since hooking up the fuel psi gauge and VagCom and haven't had a problem yet. 15-25 mile trips. Maybe it "the engine" likes all the attention of being constantly monitored. Fuel temp is keeping around ambient temp which has been 60-70 degrees f and fuel psi fluctuates between 60-68 @ HPFP inlet. 2micron did you ever have a chance to see if your extra fuel overflow valves rattle when shaken?
L

I haven't logged any codes since hooking up the gauges, but have noticed fuel psi at the HPFP fluctuating and not related to engine load. One interesting thing was the lift pump psi dropped down to 6 psi at one point for several miles with out causing any problems. Starting to feel like I'm casing my tail on this. The day I installed the new lift pump it was around 50 degrees f. The day the problem came back it was around 35-40. Same day I temporarily by passed the fuel return at the filter but did not drive, just monitored lift pump psi at idle and it did not change. Lift pump psi remained 5-6 psi. It's been 60-75 the last week and no problems. Any ideas?

So after 4 years now, were you able to solve the problem with the P0087 code "low fuel pressure in common rail " What did you change after all the above troubleshooting stories !
G

as sibujacob asks - did you ever figure it out?
I have exactly the same problem and am about to start on the same testing - if you have an answer it would be a great help
cheers
Barri
A

Hi everyone. I am new to this group. I have a 08 q7 with 3.0 tdi. I wanted to thank everyone on this post. All the questions all the thought process. The data and above all the time you give. I have had an issue with mine from the day I picked it up. I purchased it from a town 3 hours away after a friend had looked at it. I purchased it off a popular trade me site ( the only one we have really) when I picked it up the car was out front of the home and keys in the mail box. NZ so it was safe, The car was filthy, in and out. But it had potential so wasn't bothered. As you do with anything new I was playing with all the settings and checking it out while it was idling, warming up before I set off home. As I pulled out of the area and onto a straight stretch I went to accelerate and nothing. Glow plug light flashing. So an angry call to the old owner was met with a im innocent response of never had that before!. I turned car off. Restarted it and it reset and I drove home no issues. This last year though has been painful. It was randomly getting worse but always cleared on restart. Until it got so bad that it left me stranded with a trailer my 8 year old, my dog and at night. So I went guns blazing pulled injectors got them serviced, re set them new orings and copper washers. Pulled fuel system apart, checked cleaned. Cleared codes and all the home mechanic stuff with one eye on the hpfp dreading that replacement bill. 4k here to buy. So I gave in and took it to a reputable diesel mechanic and they tracked it to the hpfp but were not convinced due to the lack of failures of the pumps here with our excellent fuel. With that i drove it home with three resets on the way home and bloody frustrated. I nearly traded on a jeep as it failed right out front of the dealer. I was so angry. But that night no sleep 3am internet surfing I found this thread. I got up. Pulled the suction control/ fuel metering valve off cleaned it (with carby cleaner removed o rings and filter gently to reuse, re assemble with large o ring then press filter back on then small oring) and boom. Two days no faults... then it came back. So I ordered a new one. I am still waiting on that so I pulled the valve again and started giving it some taps with my hammer firm but not enough to crush. Taps not hits. . Well I am feeling very grateful to you all as it is awesome now. The throttle response is so much better and very smooth. The car is running like it should and I have had no faults for 5 days! 1000ks. So THANK YOU!! Now for the next problem ?
S

This thread was exactly what I was looking for. Wish that I could find out how it ended. My 2013 VW Passat TDI SE has the exact same problem. My engine only has a lift pump though, no boost pump. Any Ideas? HPFP is in good shape no metal. Dealer replaced the fuel rail pressure sensor. I replaced the in tank lift pump and verified that it is pushing loads of fuel to the filter. I replaced the pressure regulator and the metering valve on the HPFP. Pulled the overflow valve, mine rattles too but because I don't have a boost pump I am guessing it is operating differently (probably light spring or no spring). Pulled the head off of the HPFP found everything in great shape, inlet check valve to the HPFP is clean and looks good. Running out of ideas.

Same exact situation as It313 described. car would go into limp mode 1-2 times per month for a year, then all of a sudden the only way I can prevent the limp mode p0087 issue is to put the DSG transmission into manual and never let the engine go below 2000rpm. Recorded fuel pressure setpoint and actual pressure, actual pressure follows great until the limp mode is triggered. tends to trigger the limp mode if i launch at half throttle, full throttle works fine and slow start is fine but half throttle will trigger it nearly every time.
You must log in or register to reply here.
Share:
Facebook Twitter Reddit Pinterest Tumblr WhatsApp Email Link
Top