The procedure is similar in many VW and Audi models and will save you some work compared to following the workshop manual. In the workshop manual from VW it states for this model that you have to disconnect and drain the radiator and remove radiator and radiator fans before moving on. Furthermore, they want you to drain coolant gas from the AC condenser and remove the condenser as well.

Here I show another way, where none of these are removed, and you can do it at home without special equipment. I am not a trained mechanic, and I don’t take responsibility for any unforeseen problems if you follow this guide. You can use it for AC condenser change as well.

Before I bought the Sharan, it had been in an accident, where the front bumper had been hit, but it took some weeks for me to notice that it lost turbo pressure and that the intercooler was damaged and leaking pressure. The plastic part of the intercooler had oil all over and oil and exhaust had been blown in between the radiator and AC condenser fins. For me it took about 4-5 hours of work to get it all fixed, but I also had to do some cleaning of the radiator and AC condenser. Sorry for any bad pictures.

As a start open the hood and disconnect the negative battery terminal. Then you will have no problems with disconnecting various sensors in the procedure. 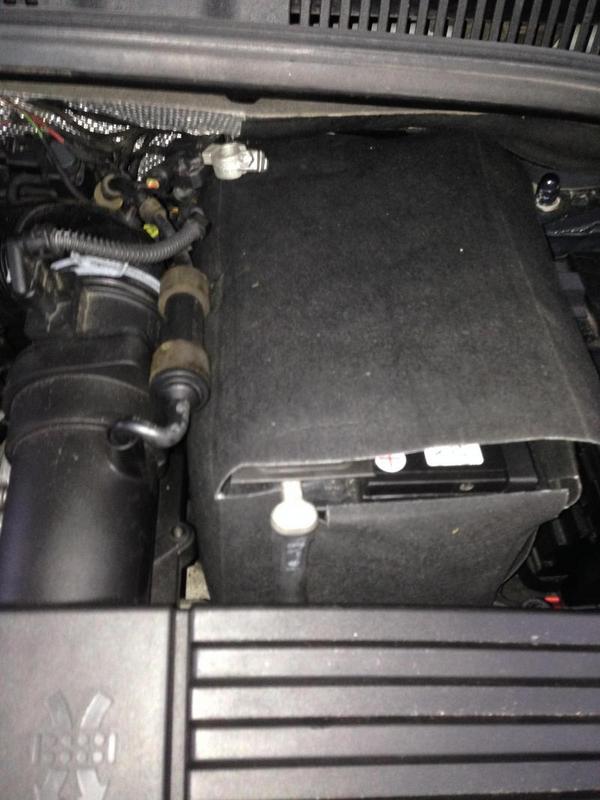 I also raised the car by putting something under the wheels. This is good as the intercooler needs to be removed downwards. 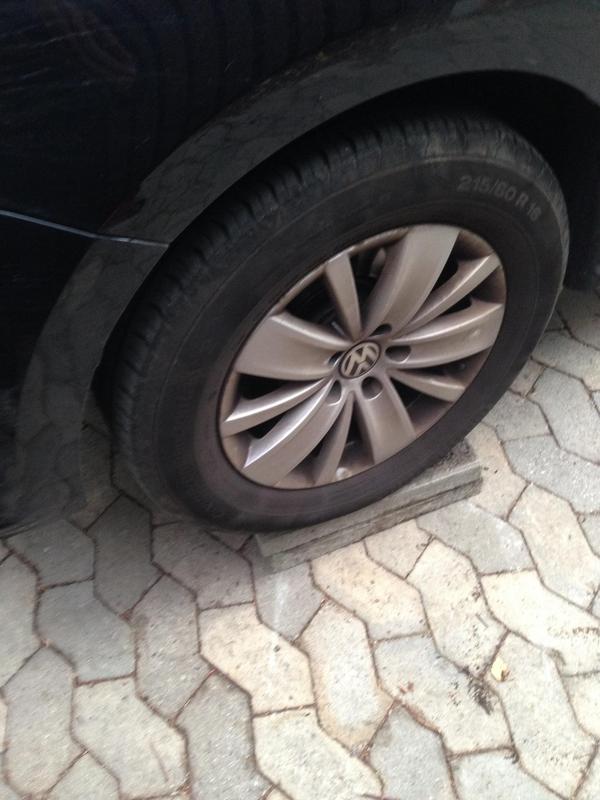 Then you need to remove the air intake duct to give a bit more space. It is mounted with 2 skrews in the front. I also removed the air filter box. 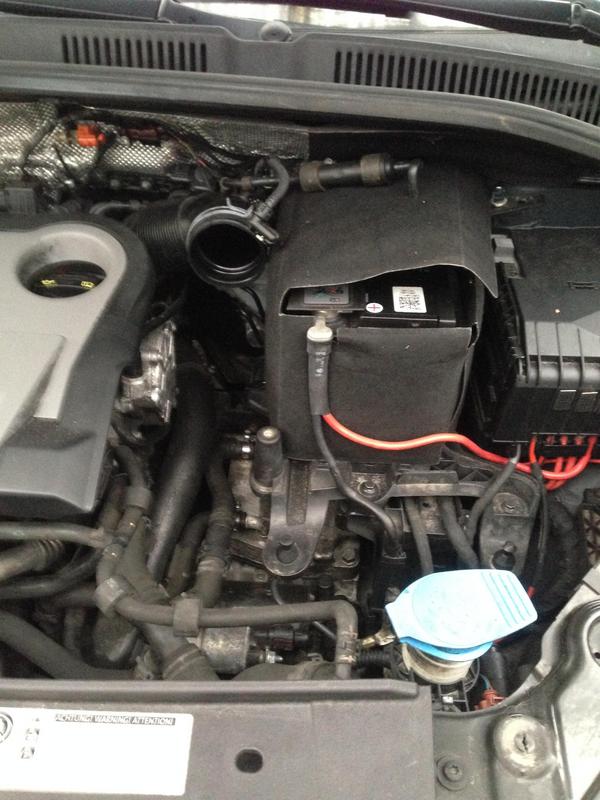 Then the bumper needs to be removed. It has 4 screws in each wheel housing (one is placed directly upwards) and some screws in the underneath. Furthermore the grill has 3 bolts on top. Be careful with disconnecting all wires connected to sensors. Then remove the plastic part beneath the car (again it is secured with some screws). 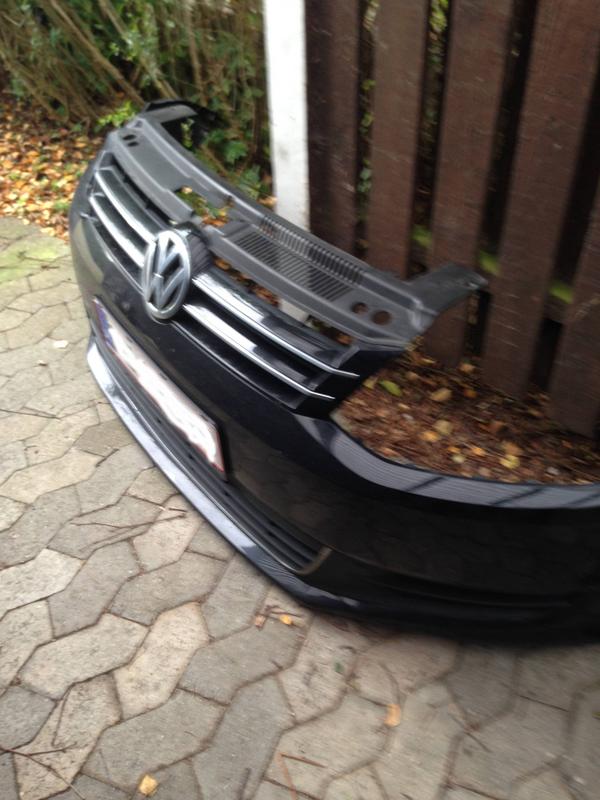 Now you can disconnect the turbo hoses to the intercooler. In my version of the car it is secured with clamps that can be loosened. Thereafter a lot of wires that connects to the front of the car needs to be disconnected (temperature sensors, fans, lights, lock and probably more…) 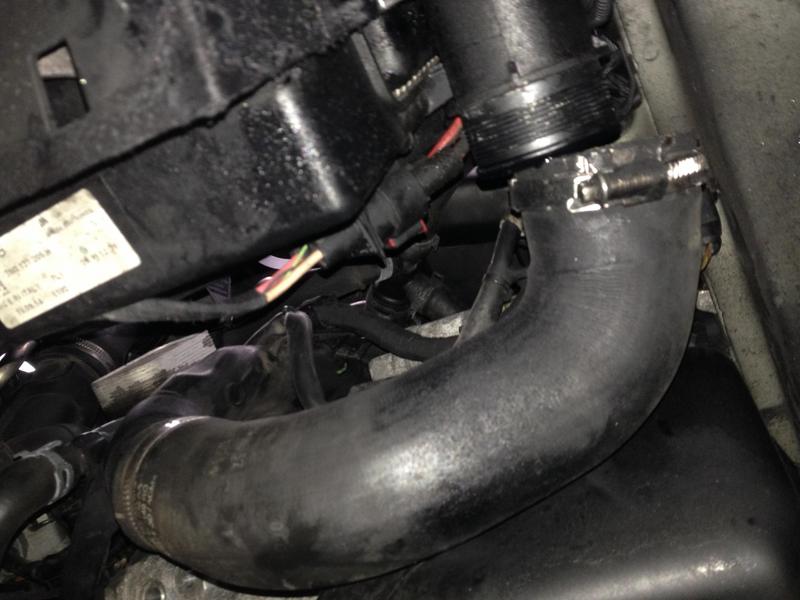 Also the cable for opening the hood needs to be disconnected. 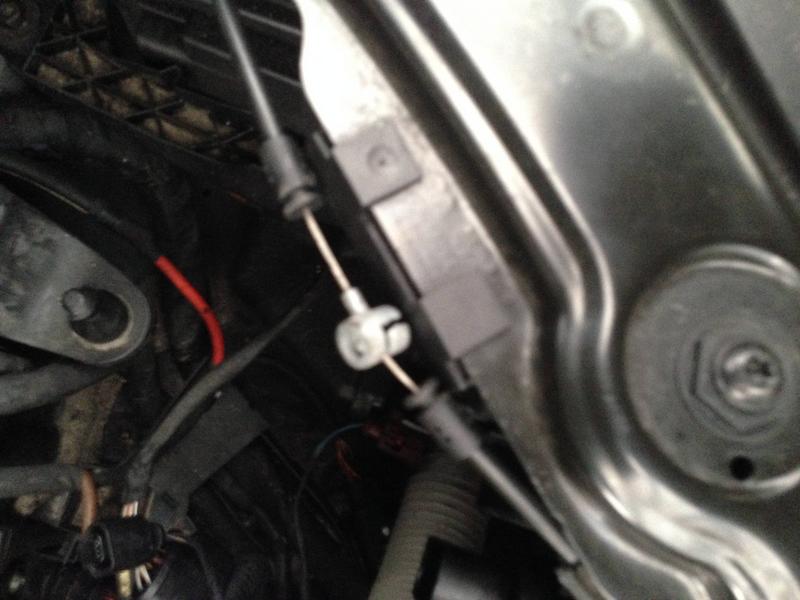 Here, I remove the entire front including headlights in one peace (utilizing service position of lock carrier). It is much easier than taking it all apart piece by piece. Start by removing the plastic bar (circled) that goes in front (5 screws) to give access to the screws that holds the radiator block in place. 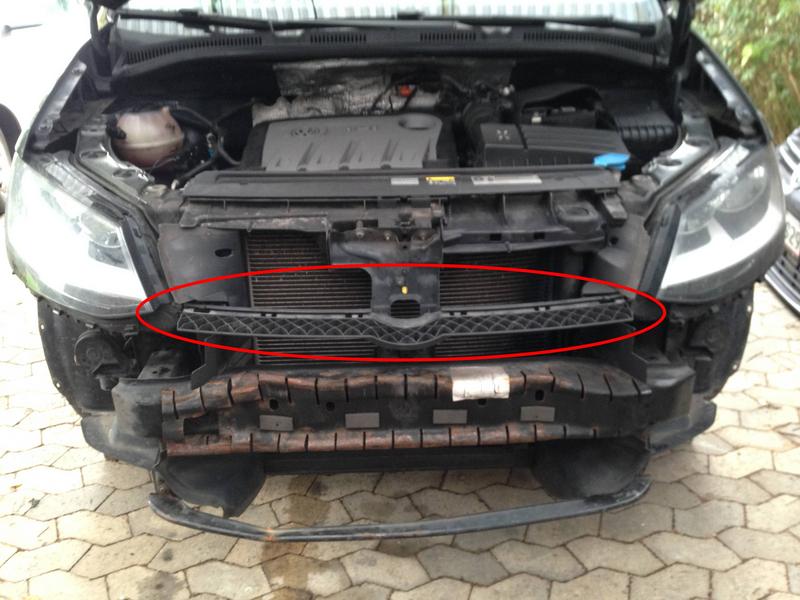 Then remove the 2 screws in each side (red circles) and the 4 big bolts in each side (green circles). I kept 1 big bolt loosened but still in place in each side, so I could slide the lock carrier forward and check if I had everything disconnected. You also need to loosen 1 screw securing the headlight in the back. Then the 2 screws securing the radiator block needs to go (didn’t take a picture but they are behind the plastic bar I removed earlier). 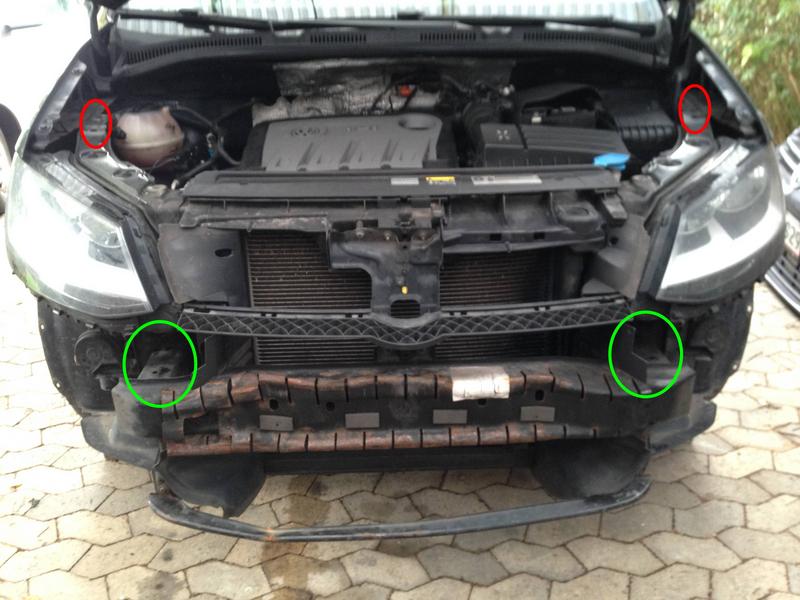 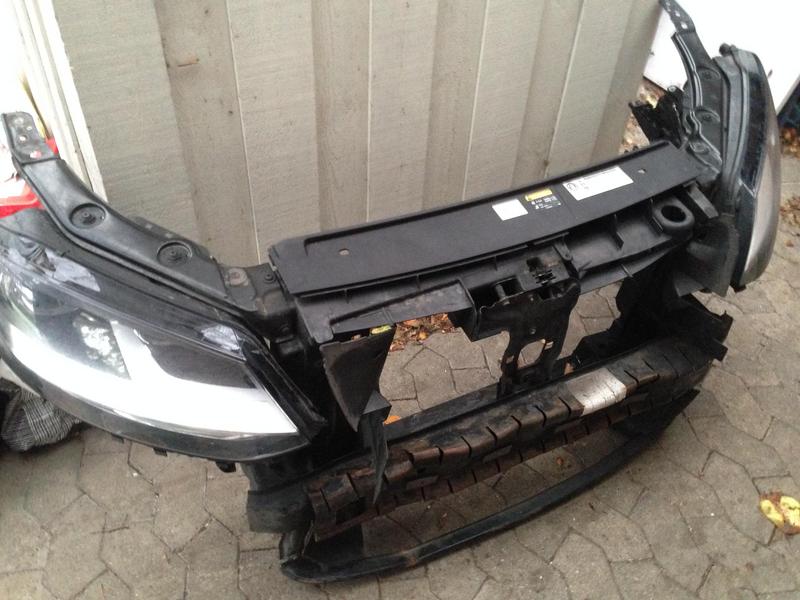 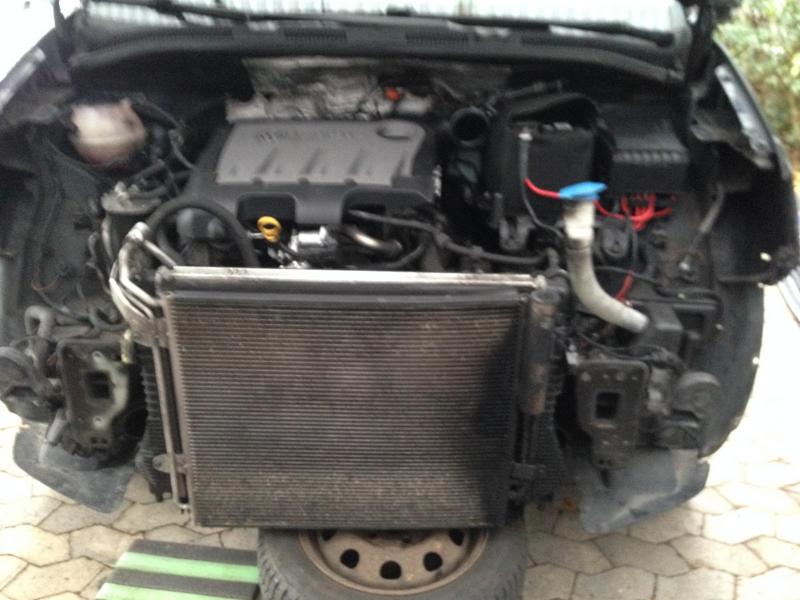 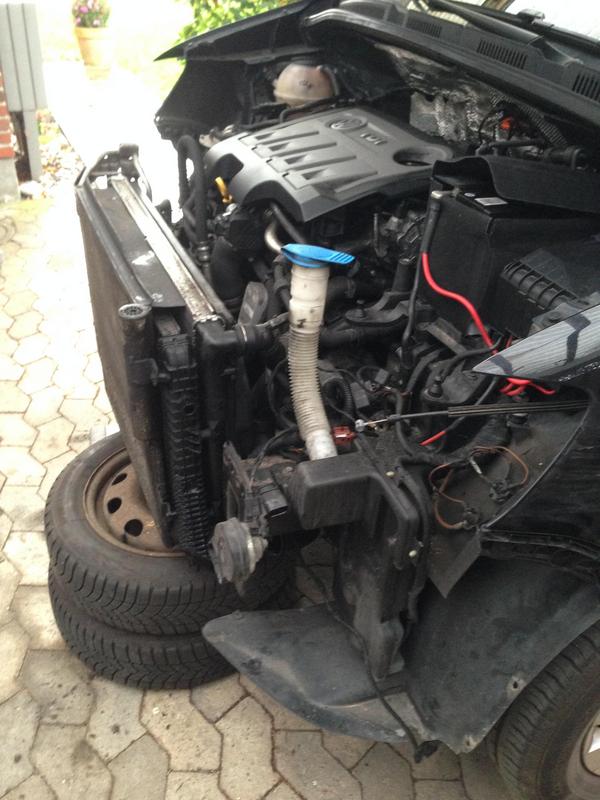 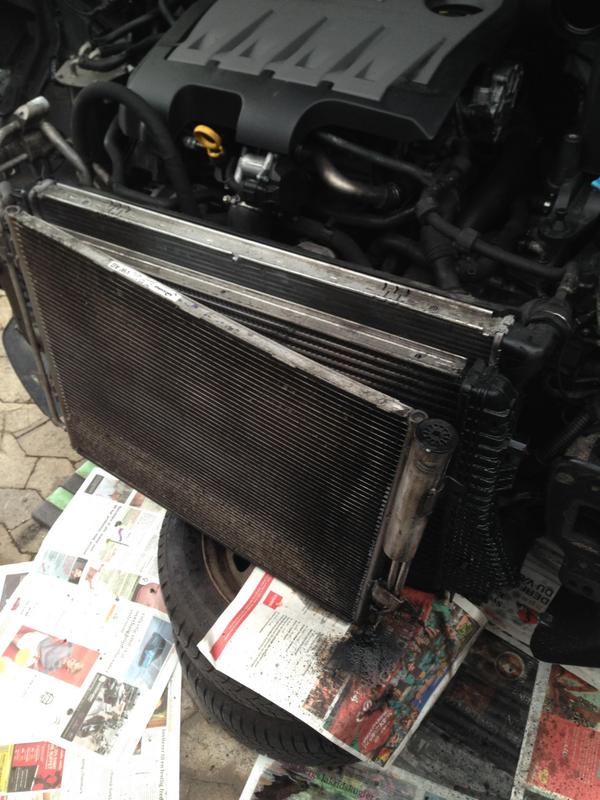 I removed the screws and with help from another person the intercooler could slide down underneath, when they are pushed gently apart. Be careful with the AC pipes. They are not very flexible and the condenser needs to be pushed out a bit in the bottom to allow the intercooler to slide out underneath. The AC condenser had a plastic cover on top that I took off. 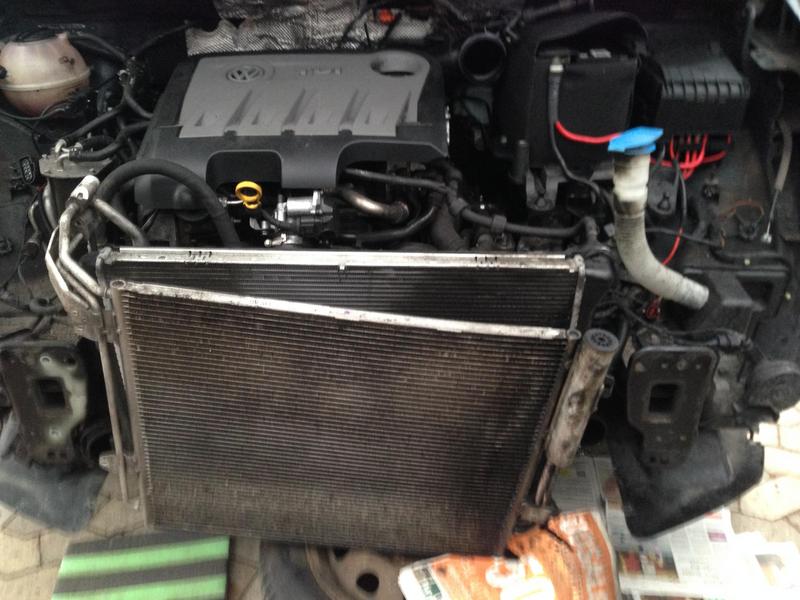 You can see my problem quite clearly here, the little tap for the screw had broken off and left a small hole in the plastic. What a mess. I cleaned off oil from both radiator and condenser as good as possible. 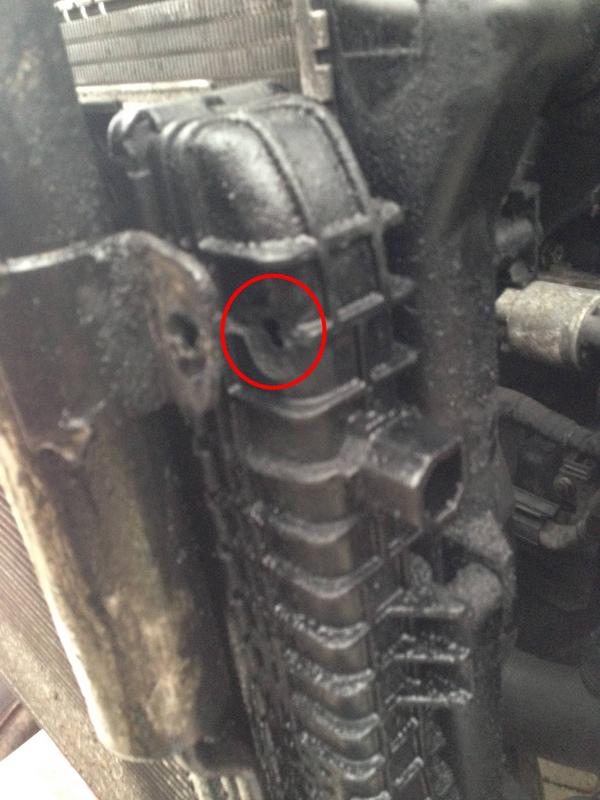 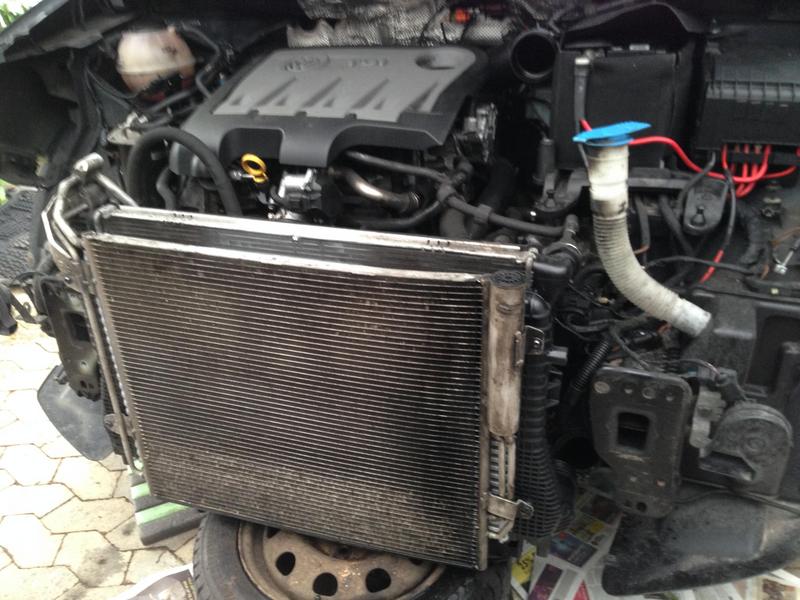 Pictures of old and new intercooler: 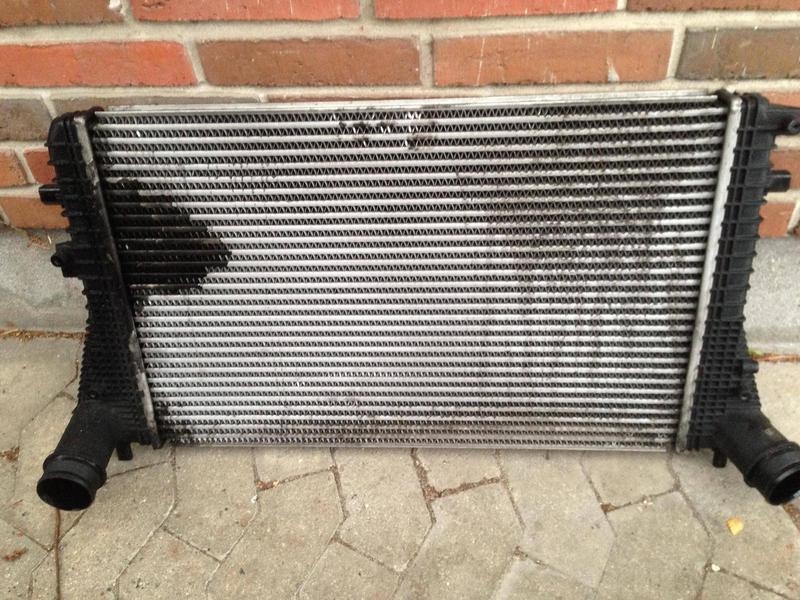 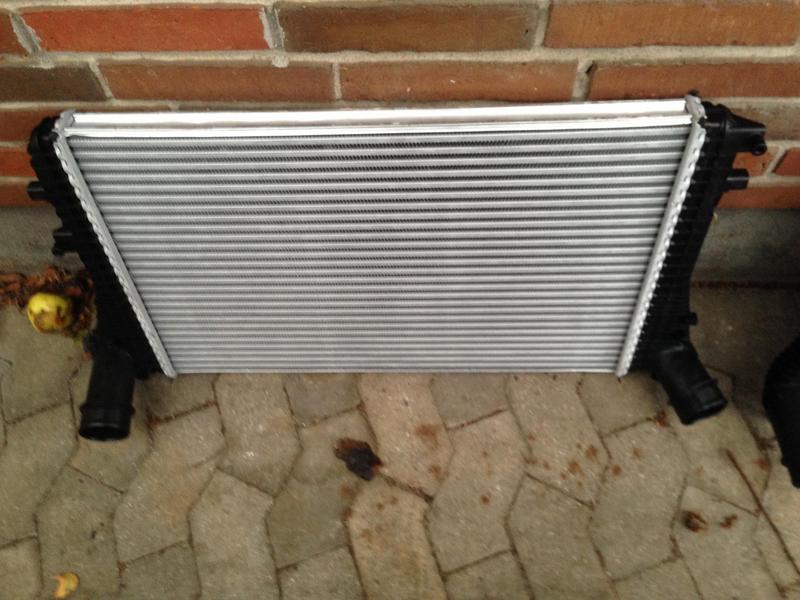 Hope this guide can help someone in the same situation as me.

Hej456 - this was very helpful indeed.
I had been looking at the VW official workshop manual for an Air Con condenser replacement. It was when it started referring to draining coolant that I thought that there should be an easier solution.
Especially as the condenser is at the front!
The removal of the entire front end was perfect. It looks way more dramatic than it really is. Just 8 bolts and 6 screws.

I had the car on ramps to help with manoeuvring the front assembly units.
I did a thorough check that all sensors and the bonnet release cable are disconnected first, then used bungy cords to suspend the cooling block.

From start to finish I completed the whole thing inside 2 hours. The biggest niggle was in fact, access to the small retaining screws that go vertically upwards to secure the bumper cover to the wing.
I'd add my photos, but don't know how to.
Again, many thanks
F