Does it matter if you use Adblue or blue Def? Need to add some and seems like blue Def is way cheaper. Never done this before, figured I'd as the pro's!

Any DEF is DEF no matter the name.
7

Truck stations 2.57/gal, reuse your old jugs/save the land fills. I fill both my jugs at a single time, and that usually lasts 30-40K. I'll need to fill up the jugs and then toss another 2.5 gallons into her at the 70K oil change.

No truck stations have this anywhere near me. I have checked.
N

I buy it at a truck repair shop, real cheap, they put it directly in my car using a regular nozzle with auto shutoff.
7

Lightflyer1 said:
No truck stations have this anywhere near me. I have checked.
Click to expand...

I call BS on that, truckers go through around 2% DEF per gallon of diesel, if they are taking on 300 gallons of D2, they'll be topping up that def tank with 3-6 gallons. Even the little rinky dinky tuck stops NH have have Def at the pumps. The Def pump will in an island labeled as such.

740GLE said:
I call BS on that, truckers go through around 2% DEF per gallon of diesel, if they are taking on 300 gallons of D2, they'll be topping up that def tank with 3-6 gallons. Even the little rinky dinky tuck stops NH have have Def at the pumps. The Def pump will in an island labeled as such.
Click to expand...

Call BS if you want, then come down here and point one out to me then. Not an online ad, I have already debunked a few locations that showed they had it online and they didn't. Just jugs. I love how others call BS on something they have no direct knowledge of. Pointing out that trucks use def doesn't make the stations have def pumps necessarily.
T

I only use a few quarts of DEF in 5,000 miles so it makes no sense worrying about a minor difference in price. It is surprising that the big truck stops on I-35 in Texas don't have DEF out of a pump.

They did when I drove through there a year ago. Same as literally every other place along the Interstates. *shrug*. I wouldn't buy it there, either, though. Just like I wouldn't fill my Volkswagen up with the OTR trucks (unless there was no auto diesel pump available, which I have run into a handful of times over the decades of driving diesels).

The truck stops would be going through FAR too much DEF to JUST have it in the 2.5L jugs. Otherwise, you'd see mountains of empty jugs everywhere. They don't even use the 55 gal drums. It is delivered in a truck just like fuel gets delivered, although there are the big cube containers with pumps they can also deliver. That's what most small fleets use, and those get refilled.

The only SCR equipped diesel I had was my Sprinter, and it used so little DEF that it is a complete non-issue to fret over a few cents savings getting it via a pump dispenser. It's cheap. It's universal. It's everywhere. I also like the fact that you get to break the seal on the containers, so you KNOW it hasn't been left open somewhere and vented improperly. The concentration is a key component.

Where did you stop at then? I will go check. Nearest truck stop just North of me is in the Walburg area 30 minutes out and there are none in downtown Austin South of me. Not going to go get DEF when it costs me 2 gals of fuel to do it. If you are traveling and pass by one it may be worth your while. I didn't check the whole state of Texas for them, just around me.

I'm with OH on this one. The only time I checked out a DEF pump at a truck stop it was, in technical terms, blickity. Not as bad as some diesel pumps can be, but I wouldn't have felt super happy using the nozzle, much less had a warm and fuzzy with the contents. The 2.5 gallon container from Walmart is $6.99, or about 2.79 a gallon. The low DEF notice in my 2015 GSW just came on yesterday for the first time (after about 24,000 miles). I'd rather break the seal on my own container than save a dollar once every 18 months.

Yep WalMart is the one. Almost everywhere now days.
7

Any major highway truck stops will have it, now how far away from you may be the deciding factor if it's worth your time, and yeah many don't advertise online but they are there. For me its only 25 minutes from my house to the nearest and I usually make another couple stops in the are to make it worth my while.
K

Only station near me that I assume has it in the pump is the Love's in SC. It would be on the truck side though. I won't go there since the diesel is currently running about 40 cents per gallon higher than the QT I typically use.

I'm in an area with easy access to multiple WM's, so engine oil and such fosters a visit a few times a year. When the 507 oil went on sale for more than 50% off, I had it shipped (for free) and it arrived 3 days later. It's the only time I didn't buy 507 oil from a club vendor. Free shipping on orders over $35? It's hard to argue with that service. Here's the online add for the DEF 2.5gal cube: 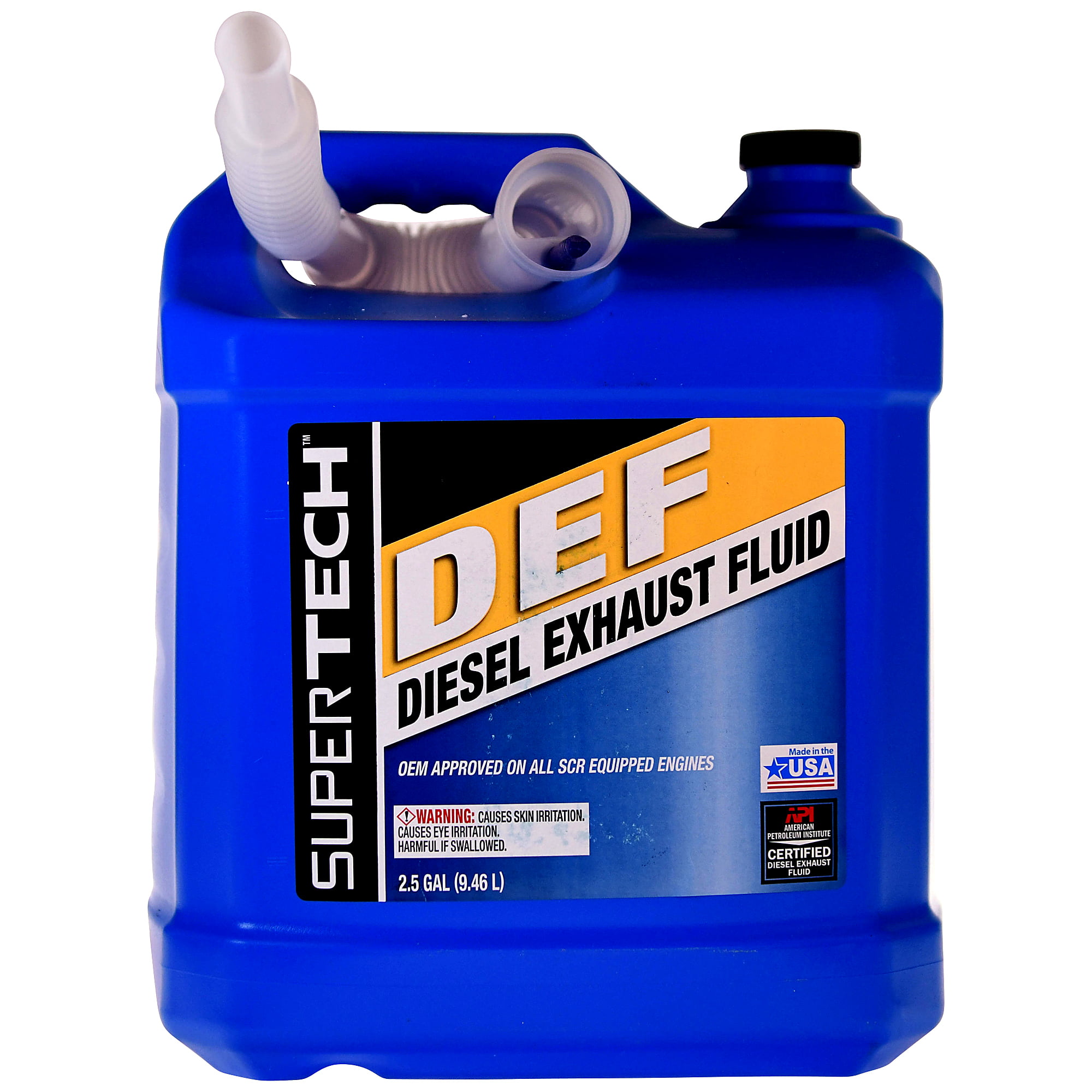