Anyone has experience fixing the back center power plug? Mine became all loose and the power is intermittent. Definitively this is needed in road trips because it is used to charge electronics and so forth: 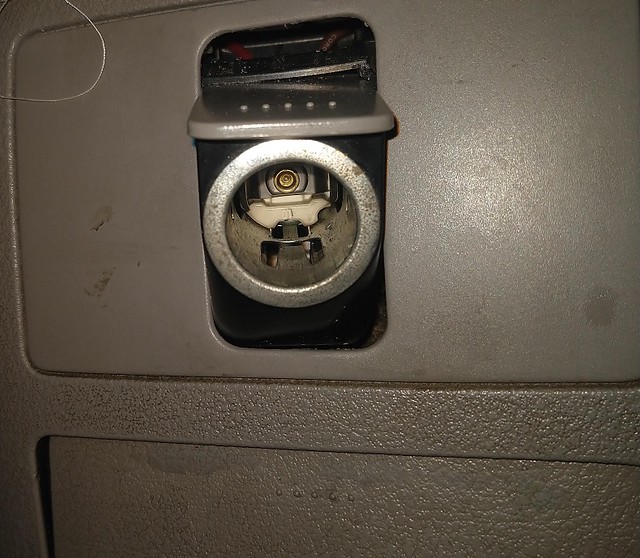 Any suggestions/feedback would be appreciated.
L

Thanks Lotawood for the reply. It looks like a good idea to convert to USB via the socket you propose (or similar). Any thoughts about how to dismantle this? I can always go trial and error but I would like to see if somewone has done it first.
I

Its been a while but I think if you get you finger in the hole beside the socket and pull the whole plate comes off. Then you'll have a good view of what you're dealing with.
L

I tried to fix the flip up mechanism, on the back seat car outlet. When it looked like it was over engineered and a couple of things broke, I thought just have a flush mount and put in something with USB. I want a cord to plug stuff in, mostly just a cell phone. I would rather have that not in the shifter area and that front ash tray.
I didn't come up with anything flush mount yet. If it were a house outlet or light switch there are options. Nothing in options here other than make your own for a VW. I'm too busy with a ranch job to work on much personal stuff until January thru March.
That said, you can open the flip up arm rest and take out the plastic liner. You can see plenty with that out. I think I had that plate and assembly out on the bench. I also thought that outlet was hot all the time.
Probably not much advantage on the link suggestion with voltage indicator, for a back seat application.
You must log in or register to reply here.
Share:
Facebook Twitter Reddit Pinterest Tumblr WhatsApp Email Link
Top