I recently had a 2017 BMW X5 35i as a loaner car while my 535d was being serviced at my BMW dealer (Tulley BMW in Nashua NH). While the gasser X5 drove nice, I very quickly missed the torque and efficiency of my diesel X5. 0-60 and 1/4 mile times and speeds are comparable but each car drives differently. The gasser X5 was overall gutless in everyday driving situations unless you were racing with it. The slightest application of power always required a downshift. When pushed it required up to 3 downshifts and more than 5000 RPM to make the car really scoot. Maybe that's why gasser X5 drivers step up to the X5 4.8i with the gas guzzling V8. OTOH my diesel X5 under the same driving conditions was better at holding the gear it was in and driving the torque without needing to downshift as much. I also noticed how sooty the gasser X5's exhaust pipes looked after 2300 miles compared to my 2012 X5 35d after only 158k miles.

I have done an an exhaust pipe taste test demo for friends and a few coworkers to show how clean the new diesels really are. I won't do this demo on any pre-DPF diesel or on any gasser. I swab my fingers inside the pipes while they watch and show how incredibly clean they remain and then LICK them afterwards. Then I challenge them to do the same thing with their gassers while I watch. I'm prepared to do this demo for anyone who approaches me and tries to tell me that "diesel is dirty and bad for the environment." I haven't had anybody approach me yet but I'm prepared for when the day comes. 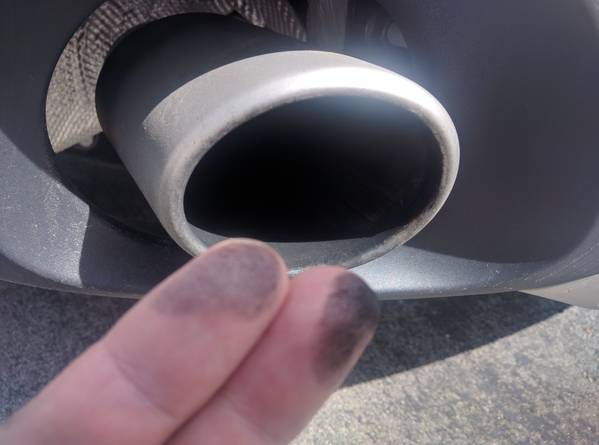 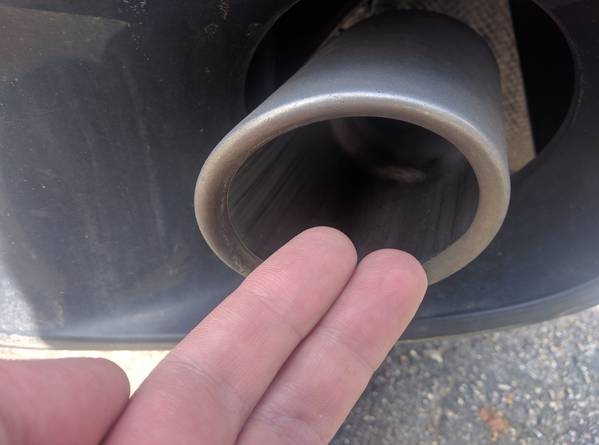 Pretty amazing. I haven't driven any BMW gassers. I have driven Audi Q5s with 2L TFSI and 3 L TSFI engines. All nice cars. Of all the engines available in the Q5, my preferences are 3L TDI>3L TFSI>2L TFSI. The power and efficiency of the 3L TDI can't be matched. I haven't driven the 2018 2L TFSI yet. That makes the TDI scandal all the more tragic and why I went for the 535d. I have yet to taste my Tailpipe, though. I'll take your word for it.

That is amazing. I can tell you that on my 2012 GTI one of the things that I've noticed is that the tailpipe gets covered in soot within about a week of cleaning. Stock, no mods. My 2003 TDI is no clean machine, but I think that our Treg with the 3.0 is clean like you show on the X5.

The way you describe the power delivery of the gasser X5 is kind of the way I feel about the GTI. There is power there, but you need RPMs to find it. It isn't the effortless, always on call torque of the diesel. I never downshifted my ALH to pass or climb a hill. I just pressed down on the go pedal and watched the turbo spool up and provide on-demand grunt.
R

All joking aside, it is probably best to keep the tail pipe tastings down to a minimum, due to the presence of likely carcinogens.

ill refrain from posting mine lol...not so clean ha

David, if you ran a sewage treatment plant, you would be demonstrating its efficiency by drinking the effluent water being discharged to the river.

I remember, early in his first term, President Nixon toured a sewage treatment plant, where the operator demonstrated how effective the plant was by drinking a glass of effluent water. He offered a glass to Nixon, who politely declined the offer.

That soot is the reason why VW is adding exaust filters, similar to DPF on a TDI, to the future gasers...
Seems that GDI motors make LOTS of particulate pollution....
Something that the current emissions rules do not address, as it is a "gas" only test as opposed to diesel rules which regulate GAS and particulate emissions.
You demonstration is awesome to show the difference...and how GDI tech is not a fix for a gas car without added equipment.
You must log in or register to reply here.
Share:
Facebook Twitter Reddit Pinterest Tumblr WhatsApp Email Link
Top