I think the secret is keeping debt down and getting value for the dollar.

Back in '68 when I was working at the Chevy dealer a new Z28 Camaro came in, I checked and found it was unsold. Got home from work and talked my parents into co-signing on a loan to buy it, then next day got back to work and found it had already been sold to the School Superintendent's kid. So here I am with mom and dad talked into cosigning, employee discount available- We had some Corvairs in stock and I still could have ordered a '69, and I damn well should have! The last of the Corvairs were pretty well built and would have easily lasted the 10 years 'til my 1st Golf diesel in '78 and probably longer. I could have bought a nicely equipped Monza coupe with 140 horse engine, 4 speed, and a few performance options for at most $2500, instead I spend more on buying and fixing a string of used cars over the next 10 years.
N

My 2002 Jetta has over 300k miles and had a few hiccups...a turbo replacement 5 years ago-my fault-don't ask. Last year I installed the "Beef on a Budget" suspension upgrade with all the new hardware. Two years ago a paint job, 3 years ago a new alternator, radiator fans, fresh nozzles in the last 10,000 miles, fuel, tires, etc.
With the exception of the Driver's side arm rest and the front seats, the interior is without sun bleach or rips or tears.
I have a set of GLI seats on the way. Oh, I forgot the heater-A/C blower is on the fritz, so I have already ordered a fan and control board. I haven't had a car payment in 20 years, and although tempted sometimes for something newer, I could buy a car outright, I will save my money for something else.

Mostly I drive the Beetle. But on weekends I drive this around locally for fun. 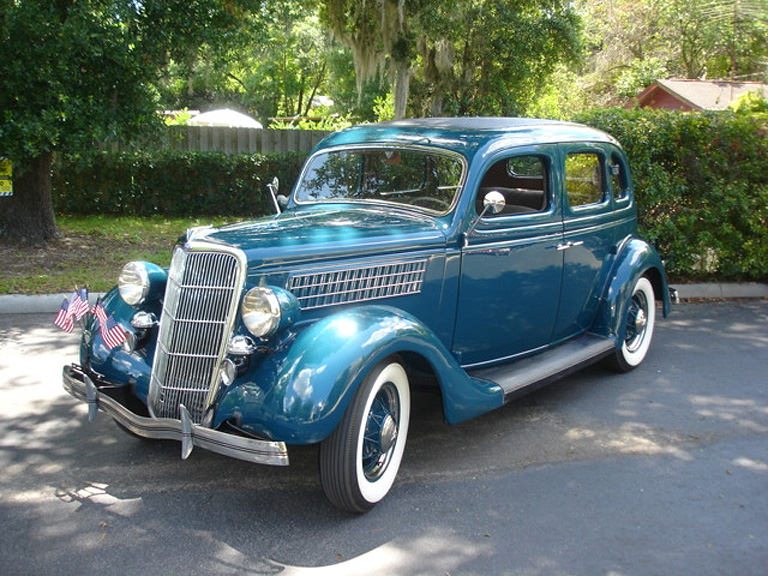 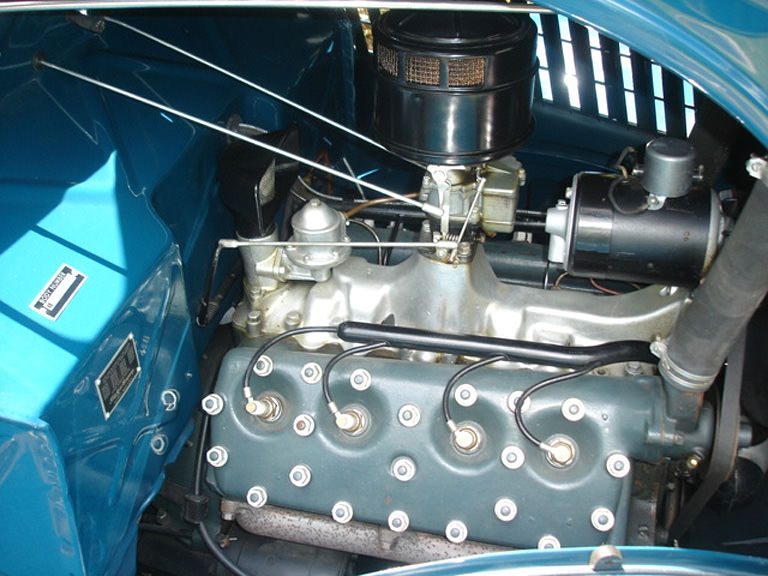 Talk about simple to work on! 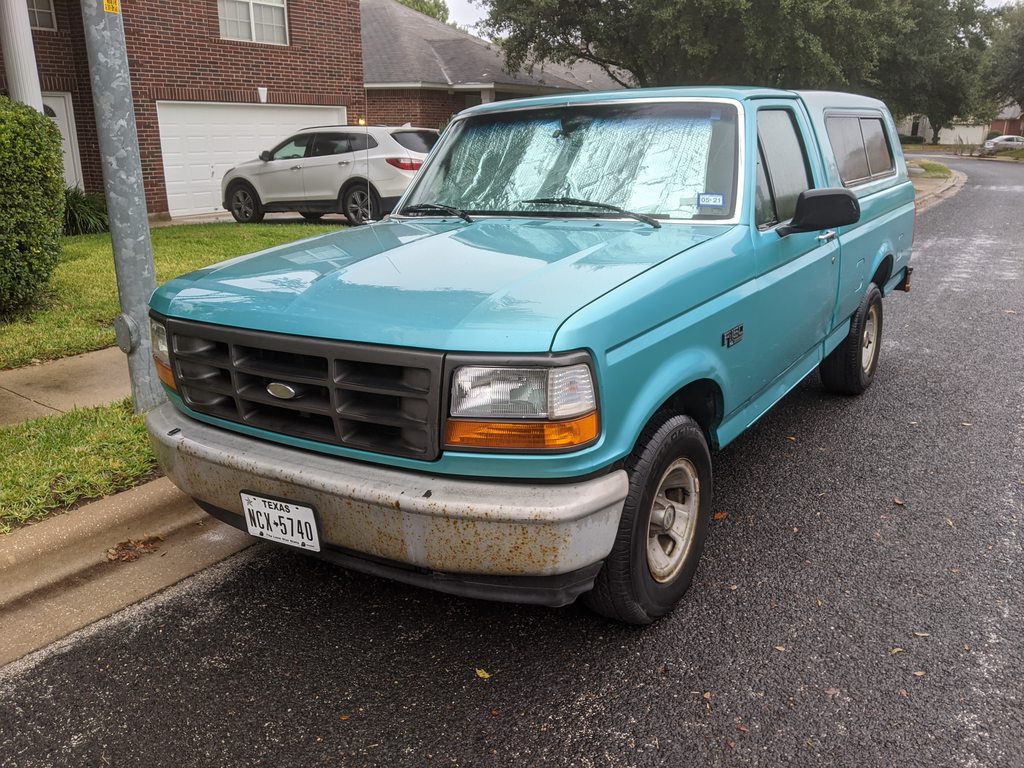 You cannot really compare '60s era stuff to 2000s era stuff. Car tech has come in waves. The "modern" computer controls and decent safety and creature comforts as well as reasonable performance and fuel economy at a decent price was at the top of a wave in the early to middle 2000s. It just was. And that's why so many of us like our ALHs (and to a lesser extent, but similarly, our BEWs and BHWs). It wasn't just the engine, it was (and is) the whole package. These cars have pretty good crashworthiness if that is your thing, as there were not only SRS advancements made in that time, but they became pretty mainstream and reliable. Same for things like ABS. HVAC is pretty good, too. Any of you who have had to deal with dealer installed or port-of-entry add-on A/C nonsense know what I mean.

I mean, my daily drivers (as a main staple car) over the years have been: a 1973 Beetle, 1979 Rabbit, 1991 Jetta, and now my 2000 Golf. With the exception of the Bug, they have all been diesels. And every step of the way, these cars which essentially land in the same niche or segment of the car hierarchy, have been an improvement. Comparisons in order: Horsepower: 46, 48, 52, and then a jump to 90. A/C: none, added on with screws and tape, integral but power and economy robbing, perfect and exhibits little to no ill effect. Average fuel economy: maybe 25, 40, 40, 45+. The Golf is of course the only one to have SRS and ABS, although ABS was around in '91 but VAG did not offer it on a regular Jetta like mine. Top speed: (laughs), maybe 75 sustained, 70 for short bursts, 80, 120+ ? Not sure, haven't hit a speed limiter yet. The Golf can cruise at 100 as easily as any of the others could cruise at 50. OBD: none, none, nada, just about everything from the engine to the door locks. Although I could easily do without any electronics aside from the engine controls to be honest.

I routinely service all the newer stuff, and one trend I see that I really do not like at all is the overabundance of intrusive nannyware electronics in and around the car, almost to a point they become tiresome to drive while striving to make it "easier" on the driver. I know when I need my lights on. I know when I need my wipers on. I know when there are cars around me. I know how to park. And since I am not driving a zip code on wheels, I know how close I need to be to initiate a maneuver in close quarters. I don't need a 10 second splash screen intro in the cluster every time I start the car and shut it off. And I do not need my butt vibrated when I shift to reverse (hint GM: your cars suck).

It is always funny when I drive the 1935 Ford as I am always reaching for my seat belt (none) and turn signal (none) and other regular things you would do in a modern car. It is about as basic as it gets.
G

Well, despite copious quantities of penetrating oil and persuasion by a sledge hammer, the ball joints on the Ranger refuse to budge- I swear you could marinate the whole chassis in a tank of penetrating oil for a month, remove every fastener, and it'd still be a solid chunk of rusted metal. So gonna take a couple days to let my back recover, put the wheels back on, and drag it out back to some shady place of rest. 92k miles, barely any rust on the cab, but a total rust bucket underneath. But she gave 20 years service, which is about the best you can expect here in the rust belt.

gearheadgrrrl said:
Steve, surprisingly I think a lot like you...

Day after I graduated high school in 1968 I got a dream job running cars and parts at a Chevy dealer that sold a lot of Vettes and trucks. Couldn't figure out why they wanted me to get a Chauffeurs license, but it was paper and easily modified to make me drinking age so I didn't complain. 2nd day on the job they "taught" me how to drive truck. Sold tires and such at a Sears auto center for a year then a year running more cars and parts for a Mercury/English Ford dealer. Dropped out, went to college, then got a summer job driving truck for a bakery in '78 and stayed 'til '92. Temped at UPS and USPS 'til I got on full time at USPS 'til I retired in '05, temped a couple more "peak seasons" at UPS before I started drawing my Teamster pension in '08.

Despite earning union scale and benefits I kept to my college student budget, bought and financed my first new Golf diesel in '78 and in '84 bought a share in a co-op apartment building and became a homeowner. Bought more new Golf diesels in '86,'03,'13, and '17 interrupted by a Ranger pickup in '97 because I was hauling a lot of building materials to fix up the house in da "hood I inherited from Grandma in '96. Bought a $200k house in a small town for $40k in 2010 and bought out my two brothers share of mom's mobile home in Florida for $10k, took a $5k loss selling it in 2019 but got 10 winters use of it for that $5k. Other than the '15 that was financed for a couple weeks to get a $5k rebate and the '78, all were bought cash. Other than my share of the loan on the co-op apartment I've never had a home loan. Was unemployed a few times but never broke, my living expenses were less than my unemployment benefits and I had reserves if the unemployment ran out.

So despite buying a new car an average of every 8 years I'm debt free, looking at acquiring a winter home a days drive south of Minnesota, and considering splurging $45k on a Golf8 R, and I can buy both cash. How did I pull that off? I paid about half that inflation adjusted $40k median new car price and bargain shopped for cars and everything else while maxing out my IRA and 401K investments in the stock market every year. So yes, you can buy new cars and stay outa debt. But there is a limit to thriftiness- Was just out trying to hammer the ball joints outa the 24 year old Ranger I've got all taken apart, all I accomplished was making my back sorer. No 24 year old pickup is worth wrecking your back for...
Click to expand...

I say congrats to you then, and we do think a lot alike.

I will say though that that's not the case with the bulk of society, at least from my vantage point. The majority are leveraged up to the hilt trying to live the life 'they deserve' and impress the neighbors or some such nonsense, which I can do without.

It seems we don't teach important things in school anymore, it's all just garbage and what doesn't offend someone, the tough stuff is let go and not to be mentioned. Teaching kids anything related to money and finances, saving etc doesn't happen.

It'll catch up to us at some point, but when that is I cannot say...but it'll get here.

gearheadgrrrl said:
I think the secret is keeping debt down and getting value for the dollar.

Back in '68 when I was working at the Chevy dealer a new Z28 Camaro came in, I checked and found it was unsold. Got home from work and talked my parents into co-signing on a loan to buy it, then next day got back to work and found it had already been sold to the School Superintendent's kid. So here I am with mom and dad talked into cosigning, employee discount available- We had some Corvairs in stock and I still could have ordered a '69, and I damn well should have! The last of the Corvairs were pretty well built and would have easily lasted the 10 years 'til my 1st Golf diesel in '78 and probably longer. I could have bought a nicely equipped Monza coupe with 140 horse engine, 4 speed, and a few performance options for at most $2500, instead I spend more on buying and fixing a string of used cars over the next 10 years.
Click to expand...

I still have a soft spot for Corvairs, but that was before my time. By the time I was driving (1978) they weren't to be seen where I lived save for one I knew of. I have always wanted a Corsa, but now I think it would be more of a project than I want to get involved in unless I found a decent one.

Maybe when the collector car market bubble finally pops something nice in a Corvair Corsa will come up. Until then I'll just putter around with my VW diesel junk.