I have the hanswerk cruise controls. Running the fast forward universal VSS sensor. Have my adjustable vss signal box dialed in to within 2 or 3 mph at 50mph.


I'm running the factory Passat gauge cluster so it has a vss input from my universal vss to run the speedometer and an output feeding the ECU.

My clutch feed is wired directly to 12v constant to ECU. My brake switch feeds ground at rest and 12v st brake to ECU.

In vss I can see when I turn the cruise control on, it also lights up the dash crusie light. It even changes the block when I turn it on or press the brake whike on..

It does however throw a soft cel when I turn on the cruise control and cruise control light. It says something along lines of signal not recognizing.

Any tips for how to get this functional? Thank ahead of time.

Switches on I get 11101011. I'm pretty sure the 1110"1"011 means that cruise is activated in my ECU settings. The bold one replaced with a zero would mean it is not activated

I am not there yet on my swap, but wishing you the best in search for a solution. I would also like to use cruise.

Plan on putting it on jack stands to verify im reading MPH on 006 this weekend.

Has your tuner set the tune for a manual transmission and entered the correct gear ratios. I’m pretty sure that is a requirement so the ECU know which gear you are in by comparing RPM and VSS.

I will double check. David at fast-forward is pretty good and while I did recently change to 4.30 gears, when I ordered everything I thought I had 4.30 gears instead of the 4.10s I found in there. 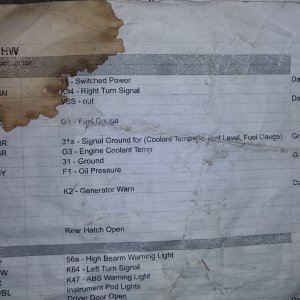 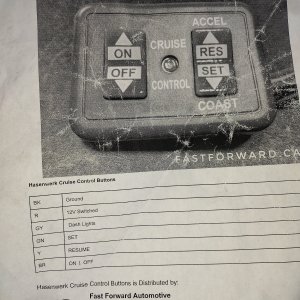 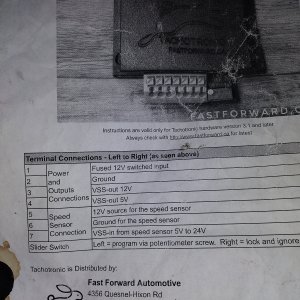 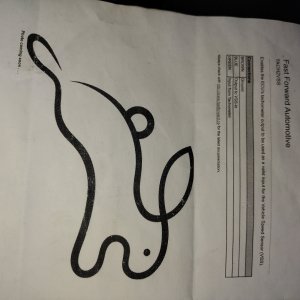 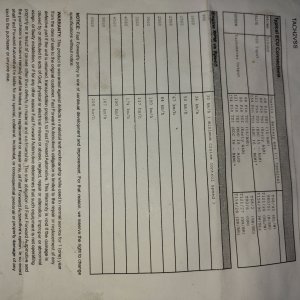 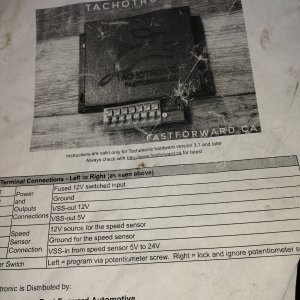 The cruise control swtich wiring on my set up may differ a bit from the Passat swtich. I'd rather the issue be a wiring one rather than my gear ratios being more than 10% off thus keeping the ECU from enabling my cruise.


I'm swapping transmissions tomorrow if rain holds out but I'll get it on jack stands this weekend and see what 006 is reading for mph.
S

wish you the best. Hopefully not needing a new flash. My ECM is just immo off, so it still thinks it’s an auto. If you have to have a ratios flashed I will be really disappointed.

I have confidence in David as I gave him the transmission code and gear ratios as well as tire sizes when I filled out the request form.
But at the same time I have confidence that I wired it according to the guide I posted up properly the first time lol. The first time I've ever hoped the issue was my fault!

I don't rev hang between gears and she's peppy off the line so I know it's got the added horse power tune and knows I'm running a 5 speed.


I'd swap ecus from my other Passat but I am near positive the dvz rations are way off from my r150f
At 70 mph I'm maybe 2800 rpms currently.

I think your 2 brake switch wires might be connect backwards. According to the Ross Tech website http://wiki.ross-tech.com/wiki/index.php/Checking_Cruise_Control_using_Measuring_Values
Brake pedal released is 00000000
Brake depressed is 00000011
Are you using Fast Forward’s logic converter between the brake switch and the ECU or normally open and normally closed wires off the Toyota brake switch?

I'm not sure what their logic converter is so I'm going to say no on that. Also not using their can2dash as I'm running the Passat TDI dash cluster.


Do you happen to know what order all the 0110011 should be for it to be engaged? I'll run this before I screw with pulling wiring apart

Shot of the cels the crusie control sets off. Also the cruise control 10111 with brake in rest position (I think the universal switch is wired a little different from oem but I'm getting the 011 I'm supposed to. The other 1s however?
Last edited: Thursday at 4:20 PM 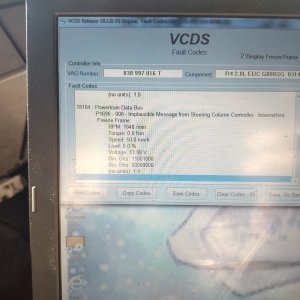 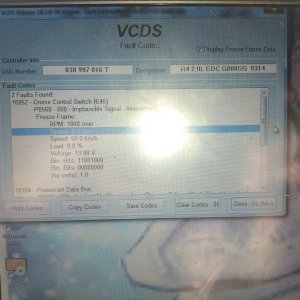 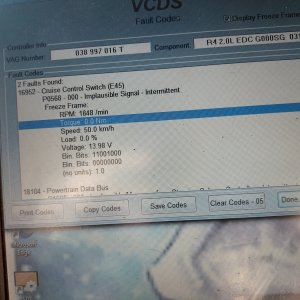 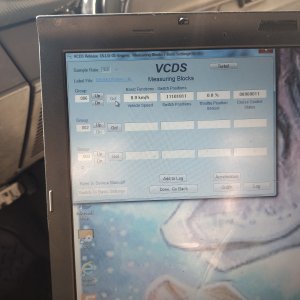 I do not have cruise control setup on my BHW Tacoma yet and I’m currently swapping it to a 3L CPNB TDI but I ran some tests on my BHW 2006 Audi A4 while reading measuring block 006 data fields 2, 4.

According to my test above, the normally open and normally closed wires on your brake switch need to be reversed. That way, data field 2 reads 00001000 when the brake pedal is released.

I also noticed when you tried enabling cruise, data field 4 read 00000011 and not 10000001 that would make me think cruise cancel is enabled either due to the fault code or a signal input to the ECU because 00000010 means cancel cruise.

Thank you. Will go out shortly and check this 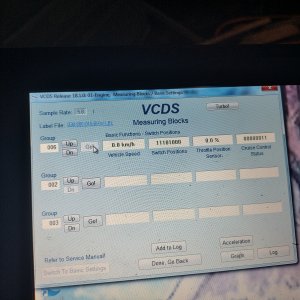 This is my cruise control turned on but not pressing anything.


Sadly I'm not getting any numbers changing when hit the set or accel buttons. 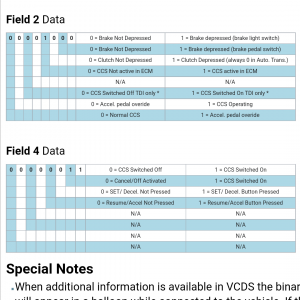 I think David pointed out the issue to me. There is an issue with the wiring. Looking at field 4 I shouldn't have it ending in 11. It appears that on and cancel are being held simultaneously.

Looking at the upper part of the wiring schematic you'll see yellow and green are wired together, this activated pins 44 and 88 on the ECU. 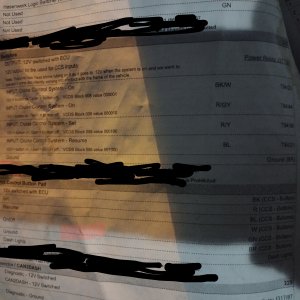 When I hit resume or set(momentary switches) I put out 12v to each.

Now I begin tracing wiring from switch to my ECU just in case there is a wiring discrepancy. Posting not only for others interested in this but for my own check down proposes.


I wasn't getting a change in set/on yesterday or maybe I was exhausted and didn't notice it.

Now to the next vehicle. 2005 Passat. Same stage 2 tune. 5 speed conversion (I have a few BHW motors btw) with WORKING crusie control

Looks like my clutch signal is an issues comparing the two. I have a bad connection between my 12v key and clutch feed wire. It should see 12v at rest and open circuit when pressed.

Warning: I only use crusie on the highway and have always hit the brakes before the clutch when I had to slow down in an emergency brake situation. When driving a proper distance behind traffic in normal situations I use my set/resume buttons to slow down and speed up. I don't see the point in hitting the clutch before the brakes but if you do or are likely to do so make sure you wire a micro switch onto your clutch pedal or you'll over rev the motor when you press the clutch on on the highway.

Otherwise you can wire your clutch wire directly to a switched 12v power t94 pin 43 Y.