Well, here we go. Just finished. The color isn't perfect, but it's better than nothing. To get the regulation 3.3vdc (actually at 3.6), I used a zener diode with a 330 ohm resistor in line of the power. Not actually sure what diode I'm using, found it in a misc parts drawer unmarked. Lucked out on the resistor. The LEDs max rating is 3.6vdc as well. Which means the longevity of the LEDS will probably be diminished, but it's fine for now.

Also running a 330ohm resistor in line with each LED, although, between the diode and res. I doubt I'll really need it.

All the parts used were just stuff I had lying around in trash piles. If I were to actually go to the store. I would probably just replace the burned bulbs. Oh well.

And for the pics. 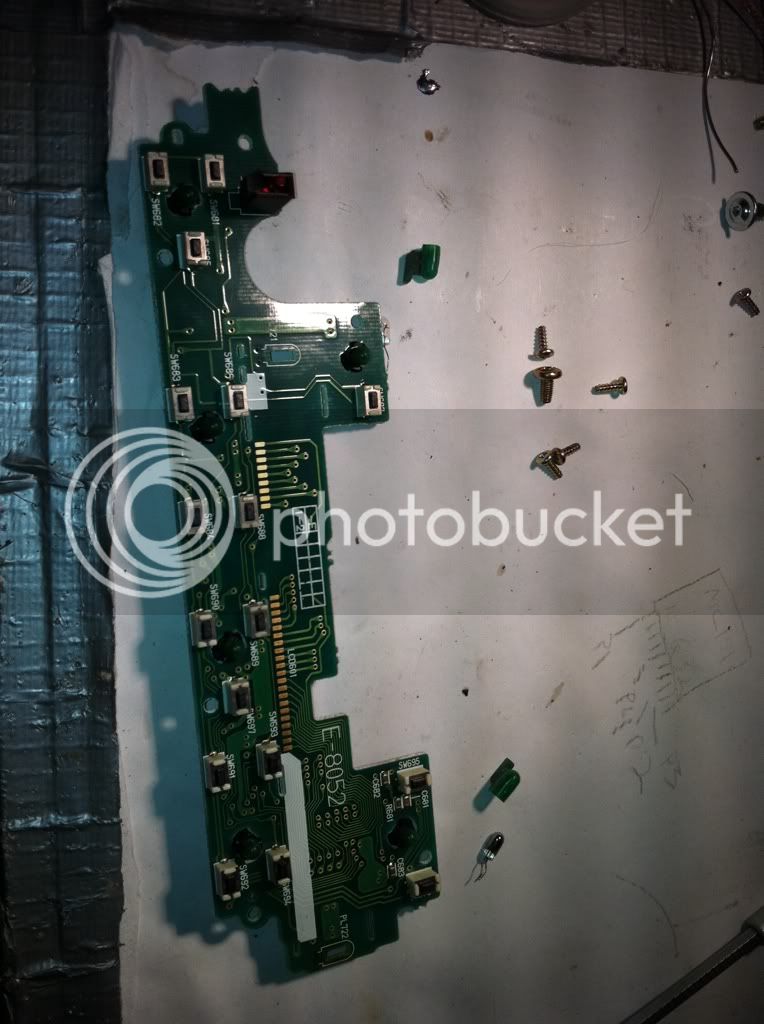 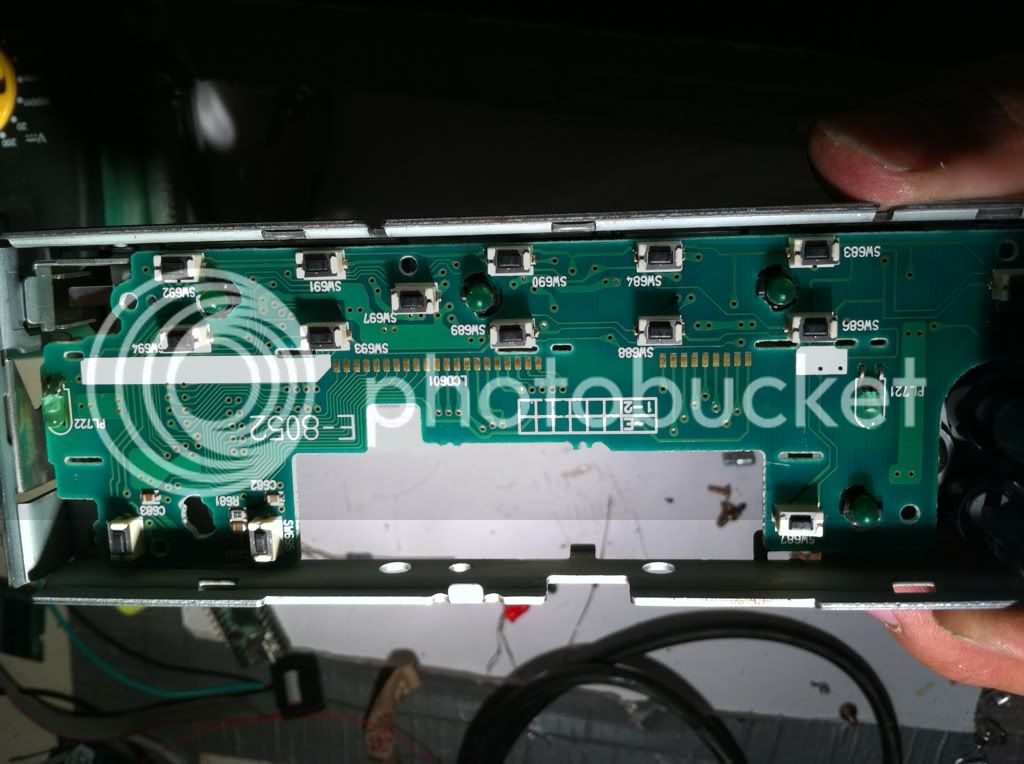 Soldered the LEDs in. 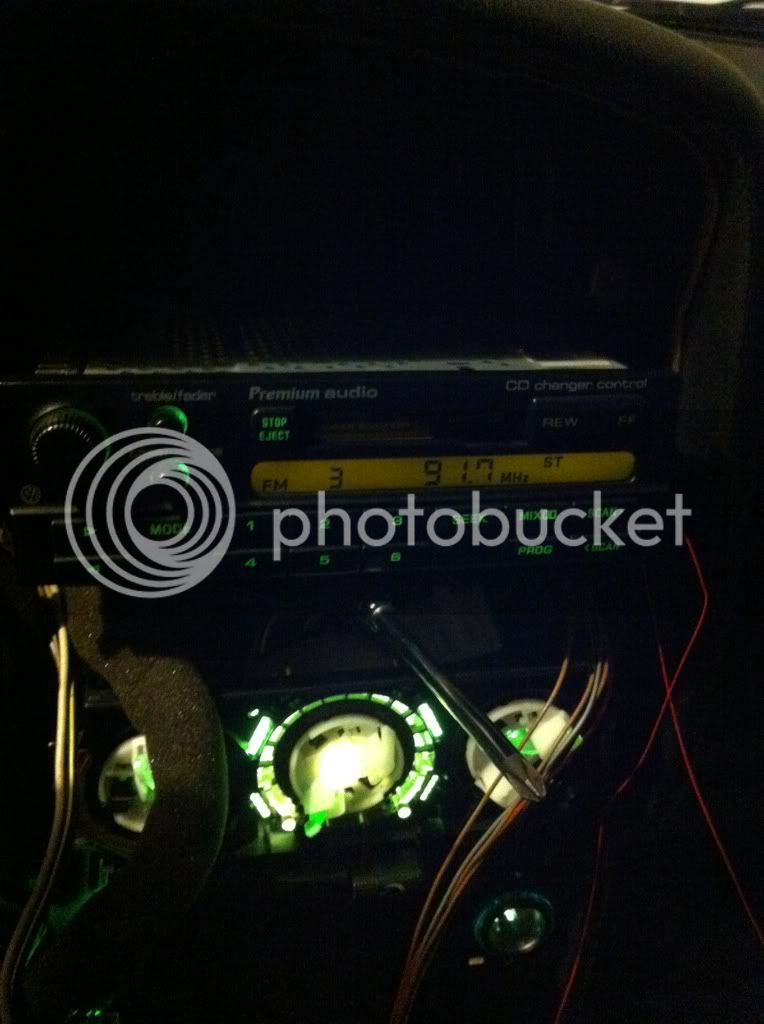 Hooked up and powered on.

Must say I'm pretty pleased. I did accidentally lift the pads on both sides due to excesive removal of the LEDS during testing. But it's still a solid connection. Might put some hot glue on for safety.

I know this is a really dead thread, but I figured it could use an update. This is in my B4 Passat Wagon btw.

EDIT: Also, that what your dash looks like when you don't have the radio removal tool handy.

EDIT 2: An Acquaintance (Thanks gartenzwerg) in one of my regularly visited channels reminded me that due to the characteristic nature of LEDs, I need a current source, and not voltage. Which means with the regulated 9Vdc that the face plate is providing, you only need a single 330ohm (depending on the led) resistor per LED in series. So my zener diode is potentially pointless. I haven't tested this yet, but will tomorrow. Just some food for thought. I'm used to fooling around with
Last edited: Jul 31, 2011
C

So how many bulbs do you need for the buttons and rest of the knobs, did the LCD, should have did the rest. Do they plug in ? Where can you get them and Part Number ?
C

You will need 6 of the plug in bulbs for the rest on the radio lights. NAPA has them, $2.29 apiece. Part no #600-0103. Turn the green board over, they turn out, see the black socket, about 1/10 of a turn. Remove the green rubber cover. I tore 2 of mine, don't matter you can still slip them over the new bulbs . ( bulbs stay in the sockets ) New bulbs come already in sockets. They are a tiny bit taller .
You must log in or register to reply here.
Share:
Facebook Twitter Reddit Pinterest Tumblr WhatsApp Email Link
Top