Take the scotchlocks and on the mirror harness scotchlock pin 2 and 8 together. Wiring done.

Yep...
That's it.
T12 is the harness at the end of the mirror. T 29 is the harness that plugs into teh mirror motor.
Simply slide the purple retaining plug out on T 29, plug one end of a 000 979 133A wire into the corresponding slot, run it to the male side of T12, open the connector up and plug in the other end. Done.
N

Sorry to drag this up from the dead but I finally got around to installing my mirrors(4 months later) and made the connections exactly as listed and double checked them but my mirrors don't adjust or fold and my windows don't go up or down consistently.

yes, i replaced the motors. I got them brand new from the dealership so I don't know what year they are. My VW is a 2002
T

Did you ground the folding mirror motor? I think pin 2 needs to connect to pin 8 IIRC. It's been a while.

Nefarious...
I need the PN's on your window motors and your mirrors. Are they definately from a 2002 Passat that had folding mirrors? You then extracted the electronics from the Passat motor housing and replaced them with the electronics in your Jetta motors?
- I found that if you installed Window motors from a pre 2002 car into a 2002 > car, the mirrors would not respond. Has to do with the cars electronics being converted from static to dynamic can-bus in 2001.

How did you get them new at the dealer? The window motors for the Bora equipped with power electronic folding mirrors are ONLY sold in Europe/UK. Passat GLX's in the US have a power folding mirrors, which makes them much easier/cheaper to source... but you have to replace the electronics to install the motors into the Jetta, as the motor housings are different.

Either way, whatever you installed, your mirrors should continue to "adjust". If they won't even adjust, I suspect you have window motors for a 2001<... and the CCM can't communicate correctly.
N

I'll check the PN as soon as I get back into town. As for getting the motors, I had Blitzen155 on vortex get them. He asked what yr my car was so I assume they are correct.

Thanks for all the help
-Jason
K

So you are saying that if you have an 01 you need the earlyer mirrors? Don,t want to buy the wrong ones.
K

Jerry,
Yep. If you have "static can-bus" you'll need to find folding mirror motors from a 2000/2001 Passat GLX (with folding mirrors.
While trouble shooting my mirrors, Lito sent me a spare 2000 Bora motor. When i plugged it in, I got NO response from anything.

Only issue, not sure power folding mirrors were offered on the Passat before 02. Might have to get some motors from Nathan.
N

I'll have to look...
Have you gotten the part numbers from the doors?
B

I have everything for the memory seats/memory mirrors for now. Later on when i find a good deal on the folding mirrors i will go that way.
N

Yep...
2000-2001 motors per ETKA, which are totally incompatible with YOUR 2002 car... Hate to say it, but please reread my FIRST post on this topic... The appropriate part numbers are listed there.

Would it be much trouble to list
the PN's
for the 2002+ (my car is '03 but Nov/02 on the door)
so the motors and housings PN's
and i want to get the Big Passanger mirror not the chubby one.Perhaps a British Driver side mirror as Lito once suggested.
So that i can send them to GSXR600 who's been kindly PMing me.
T

The only problem with the Right Hand drive mirror is that you cannot adjust it like the US passenger's side mirror. If you're the type that needs to see the side of your car in the mirror, then don't do it.

The best you'll be able to pull that mirror in is to see 18-inches beyond your rear fender. The right hand driver's side is not meant to adjust that much.

It'd be like sitting in your passenger's seat and trying to ajust your driver's side mirror so you could see the side of your car. It ain't gonna happen /images/graemlins/frown.gif

[ QUOTE ]
Would it be much trouble to list
the PN's
for the 2002+ (my car is '03 but Nov/02 on the door)
so the motors and housings PN's
and i want to get the Big Passanger mirror not the chubby one.Perhaps a British Driver side mirror as Lito once suggested.
So that i can send them to GSXR600 who's been kindly PMing me.

BoostTDI, the part numbers I listed on the first page are the 2002+ numbers: From my first post

First, a parts list. The parts listed are for late 2001 models and beyond (vehicles with dynamic Can-Bus). The parts list is the same for 2000 and before vehicles, but the window motors are different.

Lito thanks for explaning this more deeply.

My question can i somehow get a BIG passenger mirror.
Is that what AM above means ?That if i order the above number with AM option i get - stubby mirror.
Aren't those Passat mirrors the same size, can't we just take a complete assembly and change only the mounting part of it?
T

You have to disassemble the mirror at this point 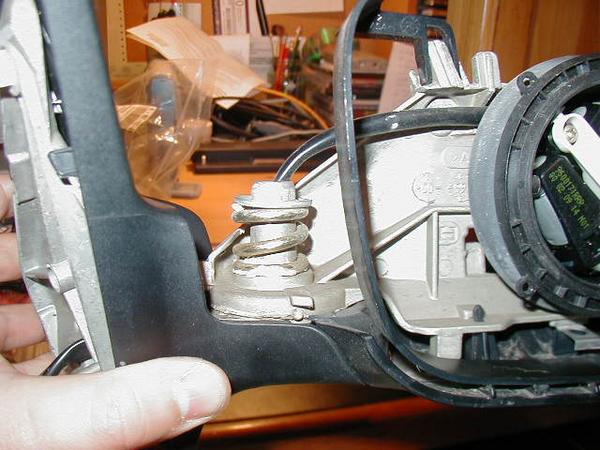 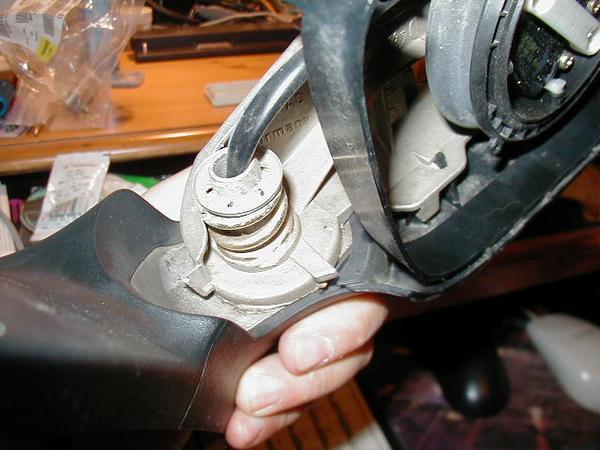 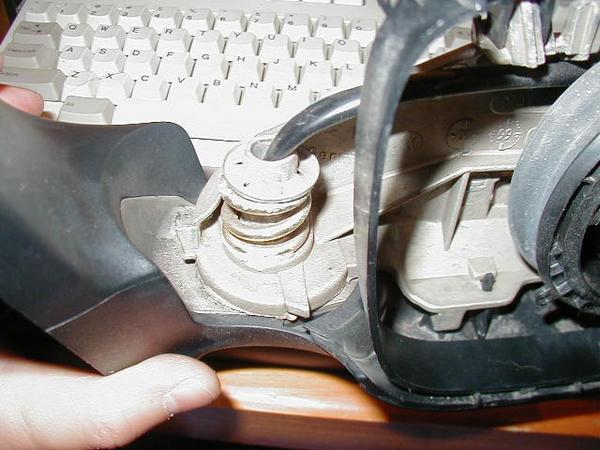 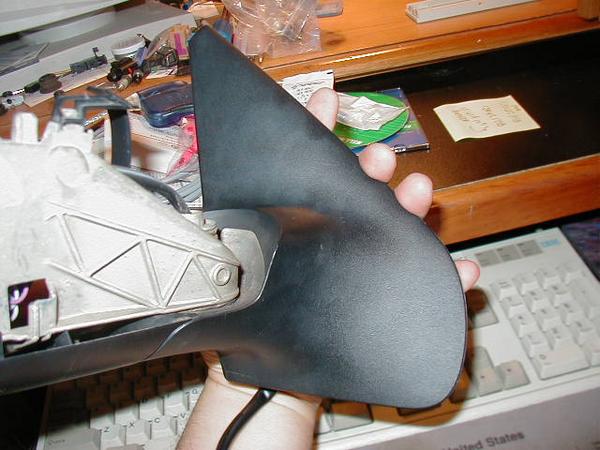 There is a microswitch that need to get attached underneath which the stock Jetta housings don't have a provision for. It's critical to the folding operation as the microswitch tells the mirror when to stop folding 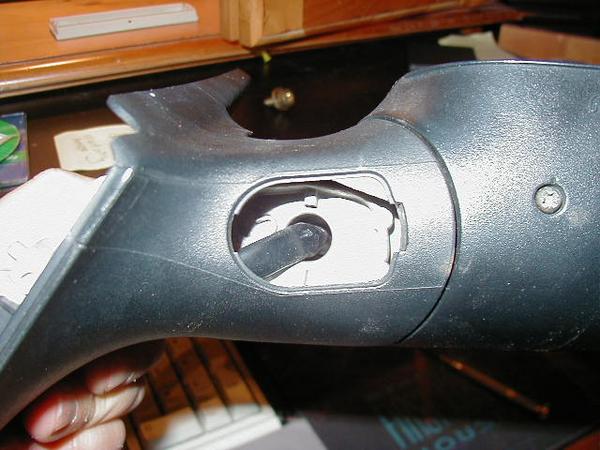 Thanks for all the help. Now I get to fight with the dealer since they are the ones who sent me the wrong PN. This should be fun.

Anybody have pre2001 car that wants to buy these motors?
B

Can anyone ever think if we can use our keyfob to lock the door and at the sametime fold the side mirror?

Hope can have this function, its cool'em

As a matter of fact...autowindow's controller can do just that. I've got mine just haven't installed it yet.

Yep... It's a new auto-window product offered mainly in Europe.
It's called the auto-window "reflex"

Nefarious... You get this working?
B

Hi,
Can you help mew to understand more, cos, the street are to narrow and brain are not so active hehe, i will forget eventually, cos got tonnes of work to do.
So if can get this working we will be so happy.
Hope you guys can help?

I'm going to have to bring this topic up again as ive just recently found it (better late then never, gimme a break!).

My question is this, can i just get s/h auto fold mirrors from a bora or a-like and also the different mirror switch (with heating, fold option on it) and will it be plug and play? Or will i have to change it all.

Also, why do the power window regulators need to be changed in order for this mod to work?

In need of a '04 golf drive side mirror.

PM me please with info, I'll buy the pair. Dumb story, but the car was parked in a narrow road section, nice option with the auto fold!
T

I studied the motors for a while and then decided they can't be much different than the Passat window motors. Passats in the US come with an optional "folding mirror with memory" optiion. .....Turns out the only difference between the Bora and Passat motors is the housing. 2 minutes of dissassembly and the "electronics" can be swapped into your existing Jetta window motor housings creating "frankenmotors" that are identical to Bora folding mirror motors.
Click to expand...