Anyone install new exhaust on your TDI

Just curious if anyone has installed a new exhaust system on your 2012, 2013 TDI Passat.
T

Gosh, I would hope Volkswagen did before the car left the factory!

You mean some aftermarket exhaust I assume? Not much available, and given the emission control system upstream of the exhaust throttle, I would not recommend messing with it.

Anything AFTER the throttle will be more for bling than any real purpose. Not much noise to be made, I've had my face right at a running CR engine with the exhaust post-throttle removed, they are very quiet.
Last edited: Oct 30, 2012
7

I used to work at a place that does semi and heavy truck exhaust. We removed the muffler and put a 4in chrome tip on. Along with the cold air intake there is a little more engine sound over 3000rpm and reverberates slightly on shift. There are no offensive sounds cruising at 75 or at idle. Parleys diesel performance offers both a cold air intake and the muffler delete pipe.
N

Is Jeff from rocketchip chipping these yet? Seems like a better investment. I wouldn't mess with exhaust or intake....looks only. Any performance gain is not worth the amount of money and IMO it looks too much like the stock exhaust.

The guy over at the Vortex must not know about the placement of the Urea tank which would make it very difficult to install a dual exhaust setup.
7 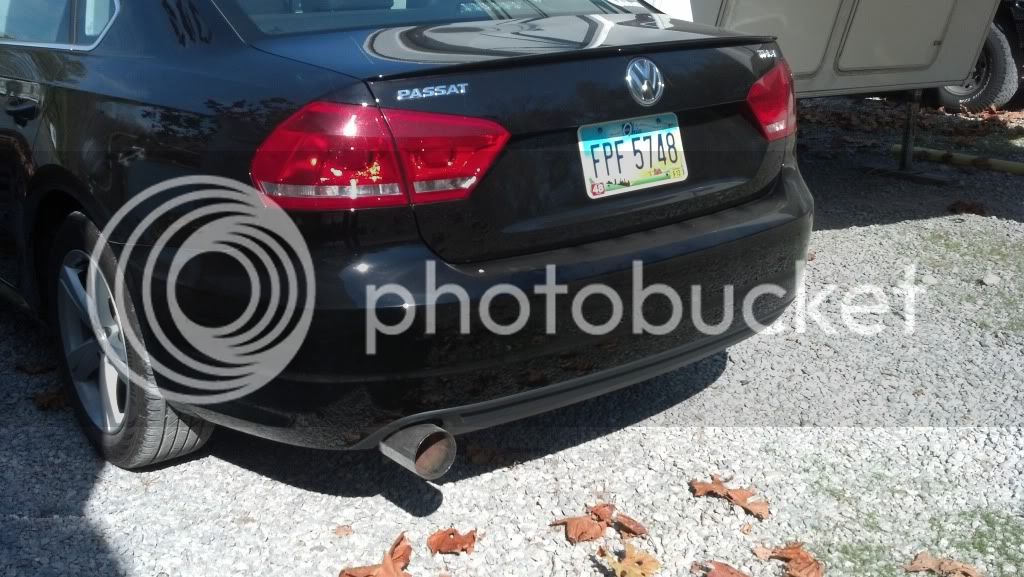 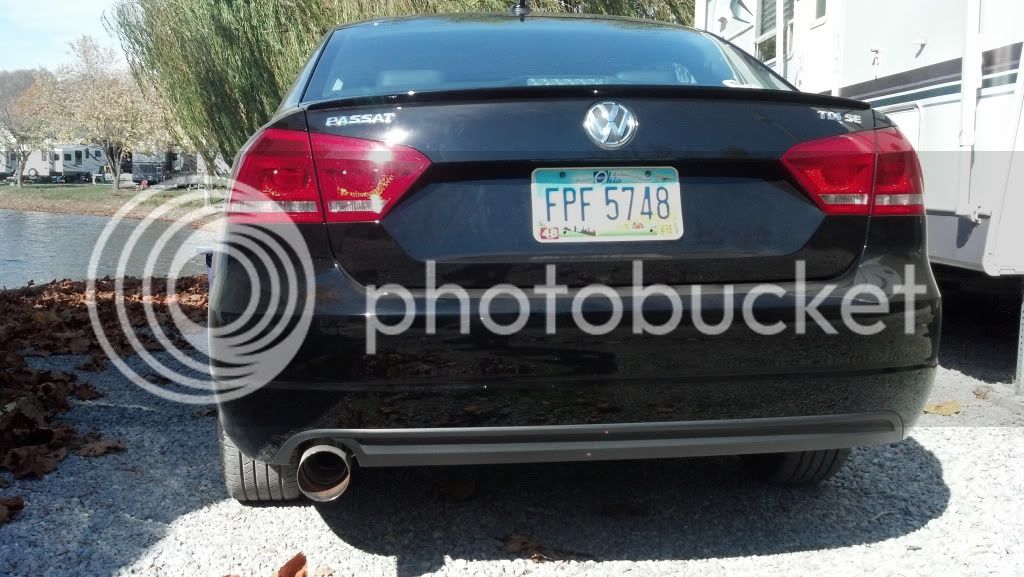 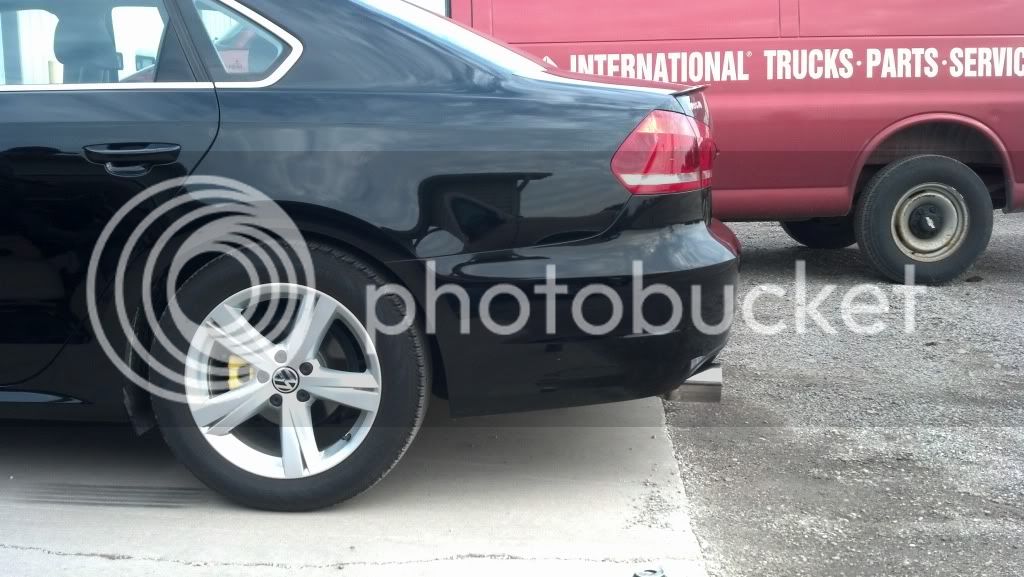 Looks nice, but I like the stock tip better. If bling is what you are after then this is a good upgrade. When I do any kind of upgrades I like them to be performance and stealth. That is just me though. Now I have done some repainting of the grill and rear valence (where the tip comes out). I may do some lighting upgrades too...the car runs good for me so I am afraid to start messing with performance mods.

I may do so after warranty is up though. Here is my painting adventure:

767wrench said:
I used to work at a place that does semi and heavy truck exhaust. We removed the muffler and put a 4in chrome tip on. Along with the cold air intake there is a little more engine sound over 3000rpm and reverberates slightly on shift. There are no offensive sounds cruising at 75 or at idle. Parleys diesel performance offers both a cold air intake and the muffler delete pipe.
Click to expand...

And every new Volkswagen since, oh, 1985, also came standard with a cold air intake.
7

Ya I just like the increased engine sound, turbo whistle and blowoff that a cold air provides
T

767wrench said:
Ya I just like the increased engine sound, turbo whistle and blowoff that a cold air provides
Click to expand...

What air in take are you using? The only one that I have found that says it will fit is one from AFE.
Last edited: Oct 31, 2012

Painted calipers and big exhaust tip, you must be 21-22? You're an A&P or I would have guessed a little younger.
Every generation has its favorite mods, mine was lift blocks in the rear those ugly square fog lights that would never stay pointed in the right direction

That is hideous. Sorry.
N

To each his own. It doesn't look that bad....but I wouldn't choose the same mods for my ride. Don't be so hard on the guy folks. Its a free country and people can do what they want to their cars as long as they aren't hurting anyone else in the process.

are there any other benefits besides exhaust note for adding exhaust to one of these? If it's for exhaust note, I don't really see the point..... it'll still sound like a Diesel.

Totally don't get it. "Bling" on a Passat? Coolness is soooo important that you would reach this far for it? Strongly suggest stopping right here and trading out for another car.

Stupidness, IMHO. Shall we move on to the fuzzy-dice hanging from the mirror? Maybe arrange some playing-cards to be diddled by the wheel-spokes and make a really cool "motorcycle-sound" like we used to do with our bikes in the fifties........when we were ten years old?

Is this what "cool" is today?

How did the exhaust/intake install affect turbo whistle?

767, we would all love it if you posted a video clip of how it sounds under the hood, in the cabin, and out the back! 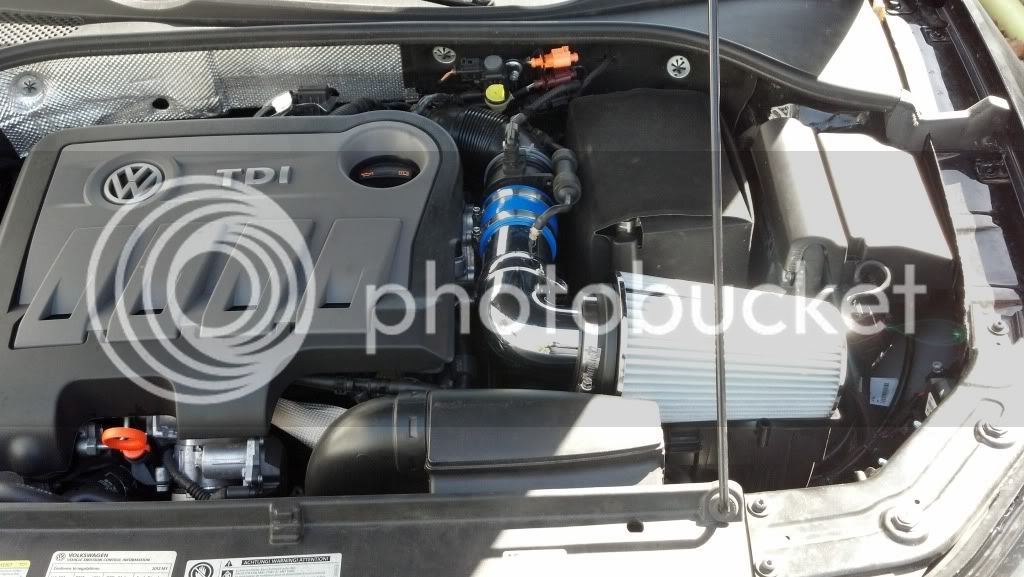 I made the intake myself. I kept the stock lower airbox in place for cold air flow and it also helps shield the filter from engine heat much like other vehicles ive seen k and n kits. Ill probably get all kinds of hate mail over the top being open but i felt it after driving on a regen and it was cool. I've been wanting to hook up vcds and monitor IAT w mine vs stock but the weather has been crappy.
7 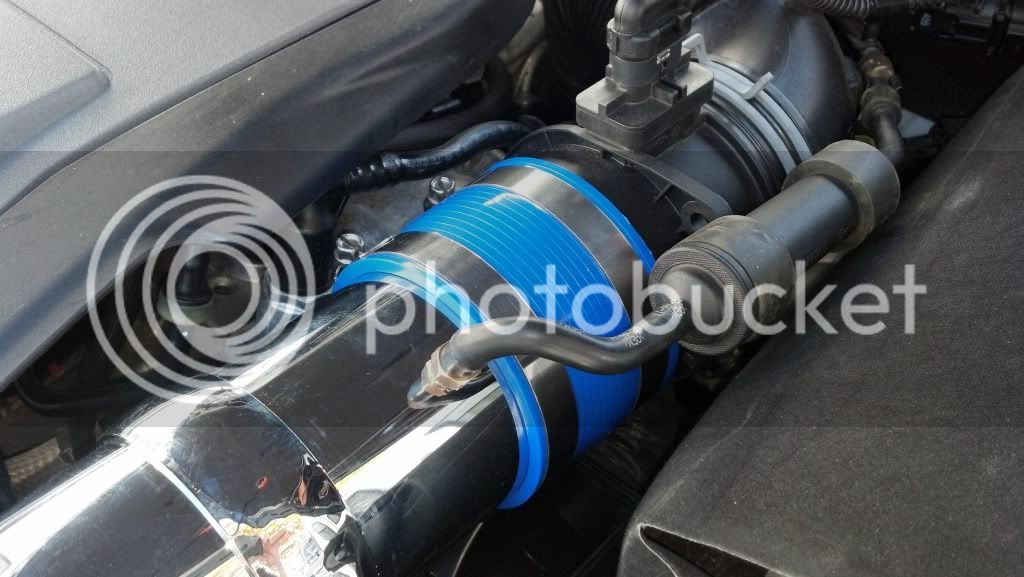 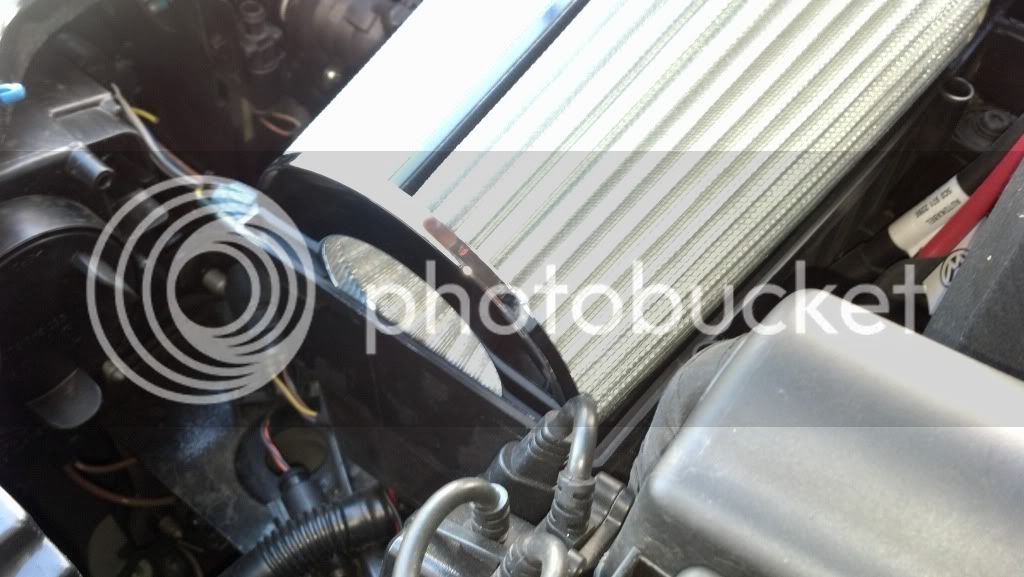 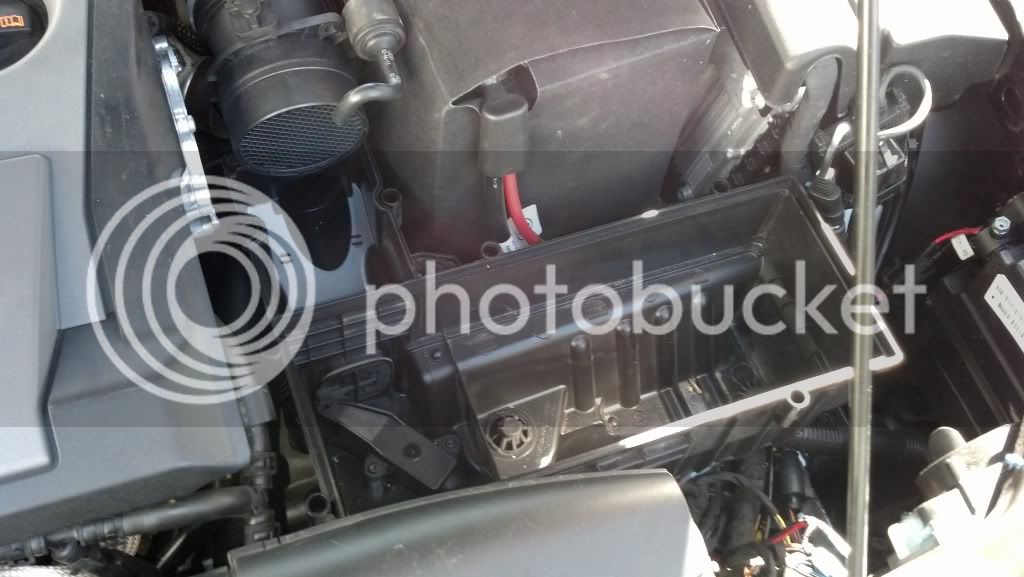 Been on car about 3 days now I can hear almost no difference in car. Almost meaning windows down radio off I hear a louder flow of air going out it but not a change in tone or louder in any noticeable way. I have had many fixed up cars and just to name some exhausts I have owned in the past trust, apexi, RSR, thermal. This is my 1st vw so was very surprised at the idea it was so minor. My friend on outside said he heard a difference but nothing huge more of a raspy noise right before shift.
I miss my older turbo cars and the noise of the turbo wine and flutter, blowoff and wastegate dump.

Power wise I guess some improvement. And MPG I do seem to see something positive but to early to tell. Hope that helped. Also install was simple just drove front tires on ramp.
I am not to tech so no pics. It got a nice double wall tip not to large 3.5" if you want smaller cut back where it is 2.5".
Last edited: Nov 1, 2012
7

Ya the DPF muffles almost all of the sound before the muffler and with the afe intake having a cover i could see there being little sound difference up front. With no cover like mine theres some sound difference but nothing like my 7.3 Powerstroke with the same filter installed
T

Doc can you take a picture of the tip? That sounds kind of dirty. The exhaust tip that is.

IIRC even the A5 PD wasn't much louder with a muffler delete. Remember the turbo muffles a lot of the sound....then you have the CAT and DPF. My sister had an exhaust leak on her ford explorer between the CAT and Muffler (at the rotten flange). Even it was only slightly louder despite a huge exhaust leak there. It actually sounded good to me, but, the leak was on the driver side between front and rear passenger doors..a must fix for safety reasons. I have never been a big fan of really loud exhaust, but I am all for increasing power. On a gasser the loud exhaust will create rattles and vibrations over time. I like looks and performance...but I like to be stealth...you know so nobody knows what kind of power you have until you punch it.
T

Could be witnessing the birth of a new genre: The TDI "pocket rocket"?