Another Mk3 off the road.

Eulogy by my wife:
Mk3 Jetta died on I-94 Southbound just past the Michigan/Indiana state line on Thursday, June 26th at approximately 5:15pm with 284,539mi on her odometer. She ultimately succumbed to a water pump failure which led to a seized engine. Jetta was a carefree, roll-with-the-punches kind of girl. She first met darkscout in sunny Los Angeles, CA when he picked her out on the internet from his college apartment in Lafayette, IN. darkscout flew to LA to pick up Jetta and bring her home. They hit it off immediately and took a scenic cross-country trip from LA to Myrtle Beach, SC before embarking on an adventure to darkscout's new home in Chillicothe, IL as he was starting his new job with Caterpillar. darkscout has many pictures of himself and Jetta enjoying the views on their cross-country tour: Pike's Peak, Los Vegas, the Grand Canyon, all of Nebraska, the Great Smoky Mountains, and finally the Atlantic shoreline. Jetta protected darkscout many nights as he slept in the trunk/folded down back seat whenever away from home. darkscout returned the favor one summer night when he chased an intruder out of the car (darkscout was sleeping in the trunk at the time). Jetta learned about Winter with darkscout, and he gifted her with a coolant heater so her LA blood wouldn't be so cold. Jetta’s half-sister, Whitey (named for her light interior) came to visit one summer, so darkscout stripped Jetta down to the frame and refitted her with new waterproof underbody and sound barrier, not to mention a few timing belt changes (on an interference engine), brake changes, new bearings, and suspension. Jetta was also retrofitted with cool interior red lighting and an after-market sound system which Jetta feels is likely what lured darkscout's now-wife the wife into their life. Whitey met her untimely end at an intersection later that year.
Jetta made many trips around the Midwest during her time with darkscout - many rugby tournaments, camping trips, trips to visit darkscout's family and the wife. Jetta even traveled to the Carolinas one winter to take the wife on residency interviews and got to see the Smoky Mountains a second time. Jetta pulled a trailer and moved darkscout from Chillicothe, IL back to Lafayette, IN when he returned to graduate school. Jetta then moved to Lexington, KY where she was given the status of “retired” when her new brother Mk4 Golf arrived to allow Jetta some much needed rest, relaxation, and repairs. Jetta did get to see some of the Bluegrass State and its lovely horse farms before Golf towed her up to her final resting place by the water – Muskegon, MI. She was going for one last hurrah back at Purdue University on that fateful day, and was happy to be with darkscout and the wife, carefree, windows down in her final journey. She is survived by her owner, darkscout, and brother, Mk4 Golf. Jetta is an organ donor and would be happy to know some of her components will live on in others. In lieu of flowers, please send any pictures of you and your loved one to Jetta's Memorial, c/o darkscout.
*Written by the wife with factual car-bit edits by darkscout who thinks things like “interference engine” mean something.
If you look at my post history almost every thread I've started had something to do with the Jetta since I was still figuring my way around it. I think the diagnostic system failed before the parts did and we were cruising along at 70 MPH for a long while. Started with a water pump bearing failure (which I've had happen before!) but this time I didn't catch it. Then it just got HOT. I have no clue how long I ran without coolant or how it even managed to drive, but it got us to a rest area. Autopsy is pending, I've pulled the injectors and glow plugs and it doesn't want to turn over so I've got a good mind to think it's seized.
The original plan was to get it to 300k and retire the body. After 2010 it started to have a toll on her health. I lost my plastic side trim, my grill got broken and went grill less for the last 4 years. Passenger side door was rusting out. The bottom was a mess and had cancer. Too many people jacking up a unibody on the body crushed a lot of the under side which turned to rust. (I tried my 2009 intervention probably added a few more miles to it. The floor was no longer wet after driving through rain).
The shifter was 'special'. I 'lost' reverse lockout in 2010 and since then it's just been a very interesting drive. It's the car that even a car thief that could drive manual would be stumped in. No one could drive it but me, but I liked it like that. Sometimes to get into first you had to go by way of 2nd gear. (Otherwise you'd end up in reverse). N75 was lost in sometime of 2011 and I went to a purely mechanical turbo setup. Pedal to the floor it would pull hard up through the end. It had an RC3 with Sprint 520 injectors installed almost 100k ago.
Adding up the number of times I've slept in the back it's literally housed me for at least 3 months if not more. Coast to coast the summer I got it. 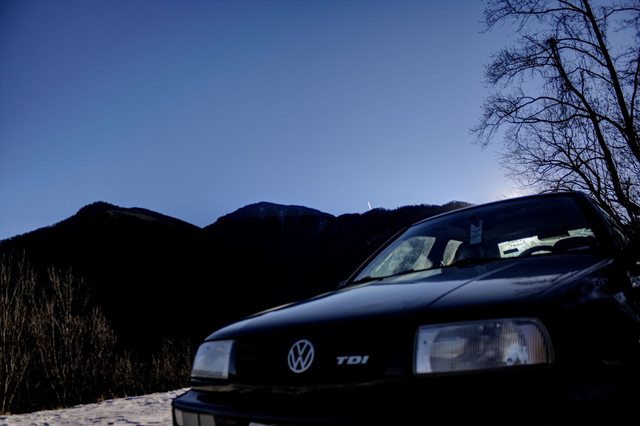 I haven't even counted the number of oil changes, timing belts, fuel filters, air filters, but short of a total engine rebuild I've literally done everything (and learned everything) on this engine. From a new head to a new turbo. 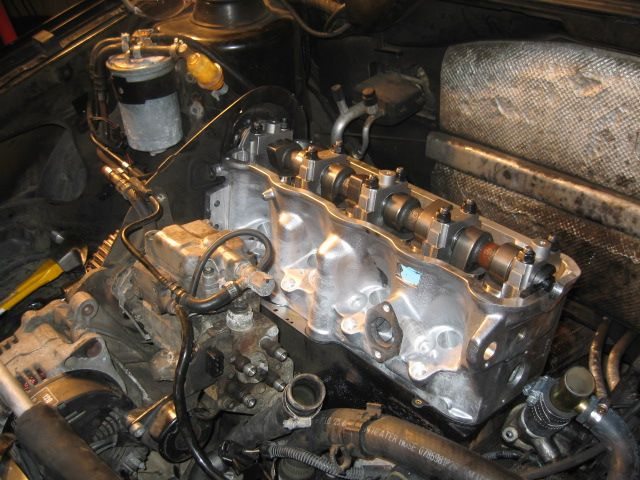 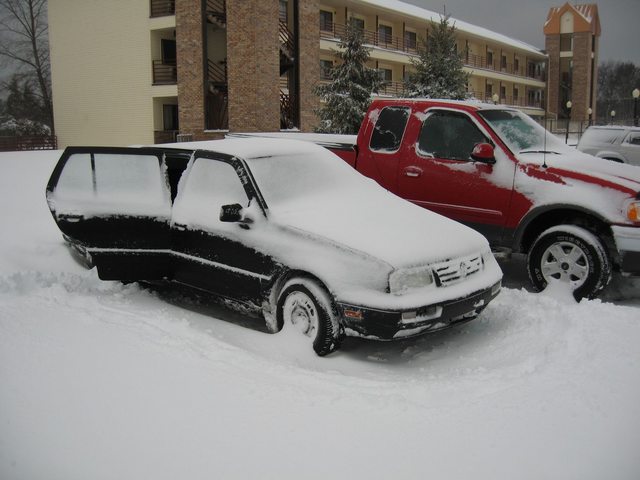 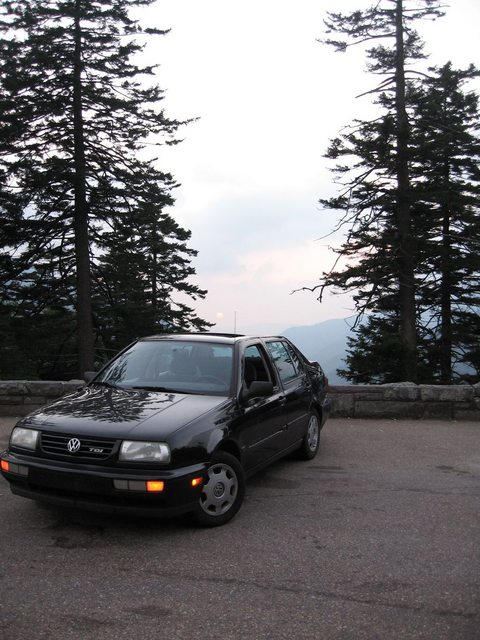 Jeff himself doing a hammer mod to calm down the RC2 he put in: 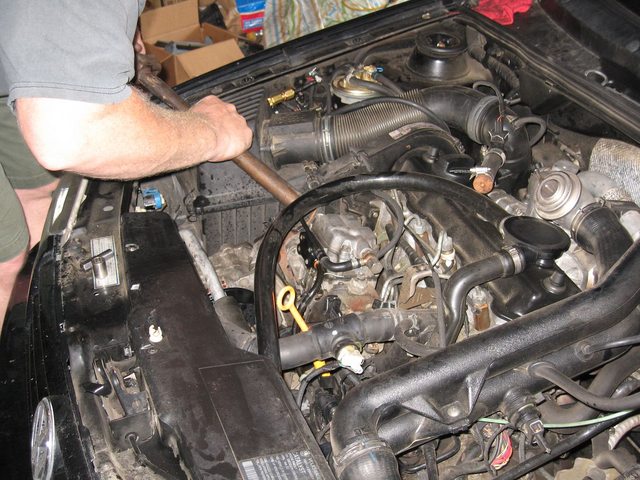 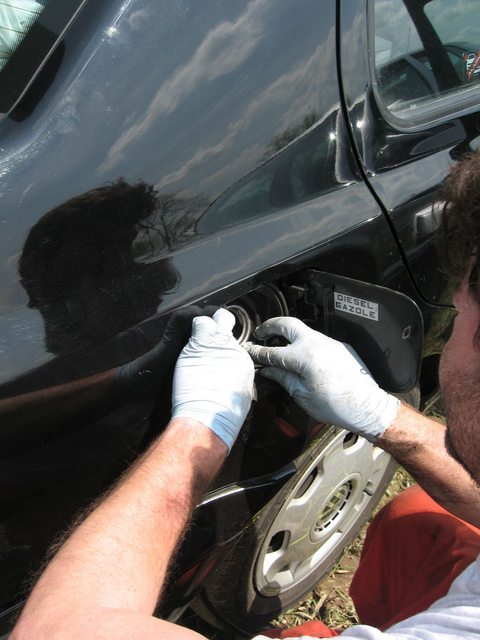 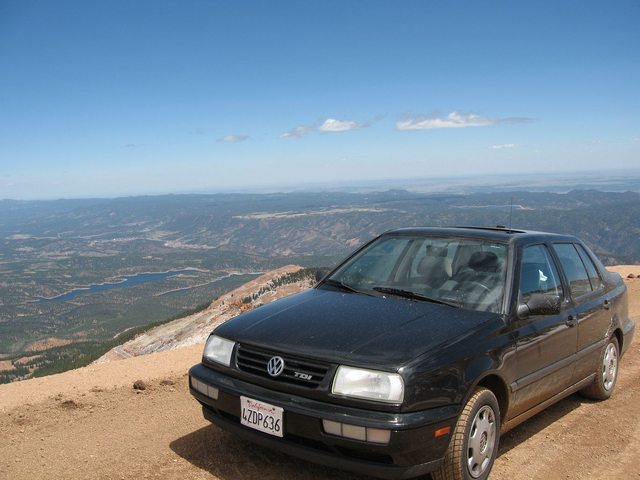 Garden of the Gods: 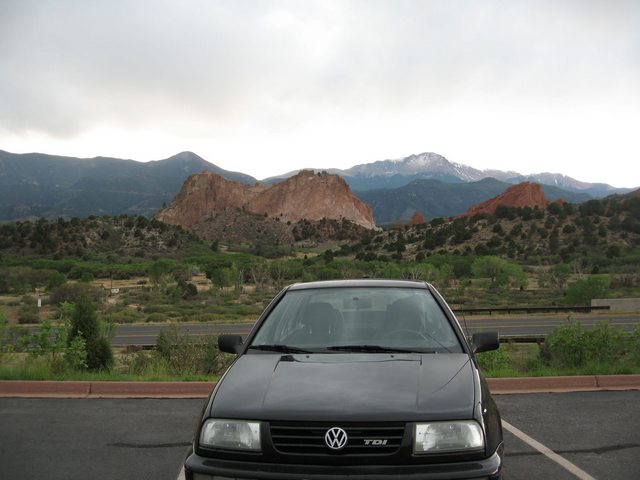 Ophirs Pass (good ole fashioned Microsoft Street and Maps thought this was a viable route, in June, for a 2WD car). 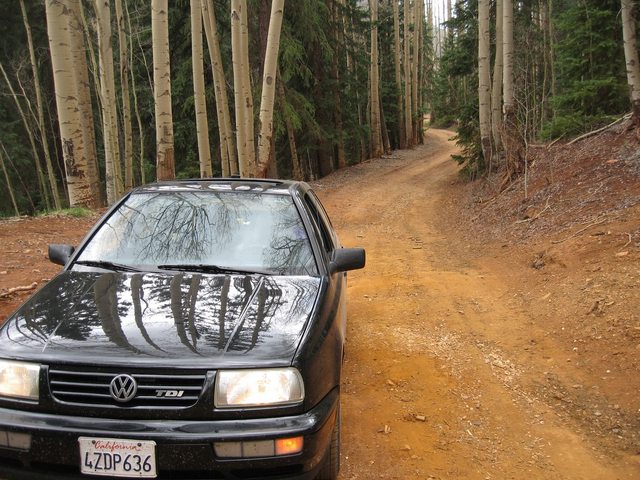 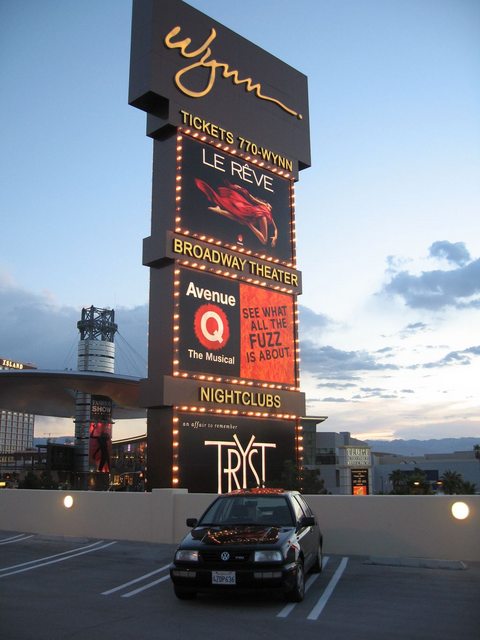 I had literally just picked it up: 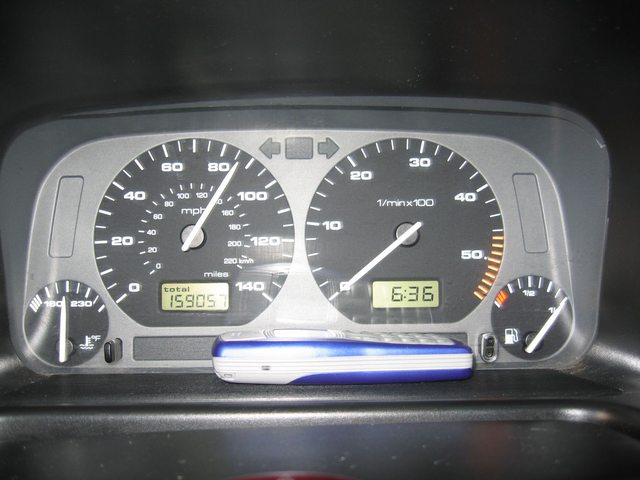 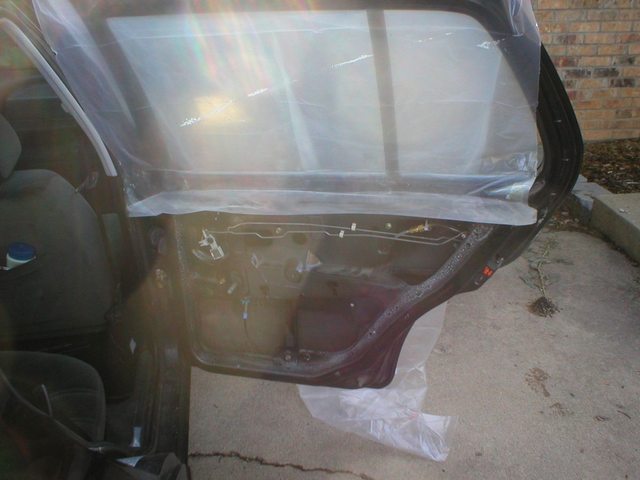 This isn't the current time, but the last time I lost a water pump. Thankfully I was just driving work<-> home and caught it. This time I wasn't so lucky.

Oh the tools you had to make to do the rear bushings in the Mk3: 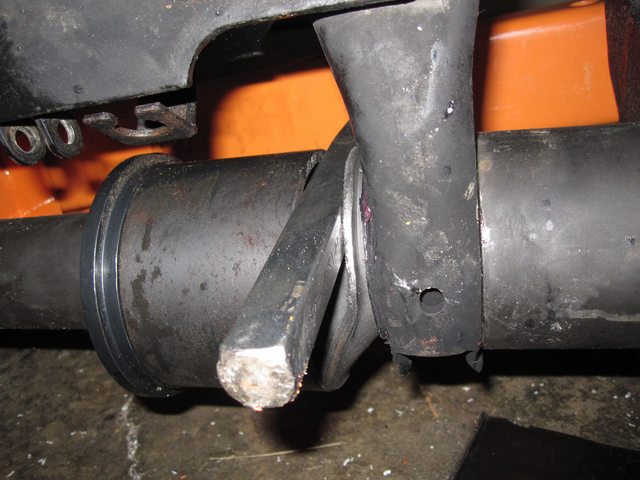 You name it, it's pulled it:

Made this wonderful infographic: 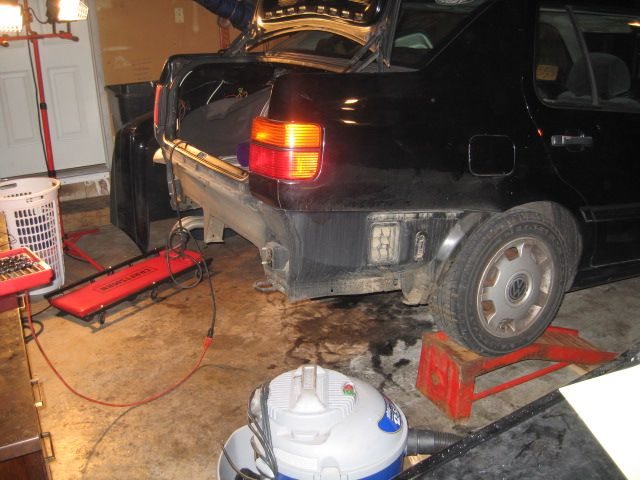 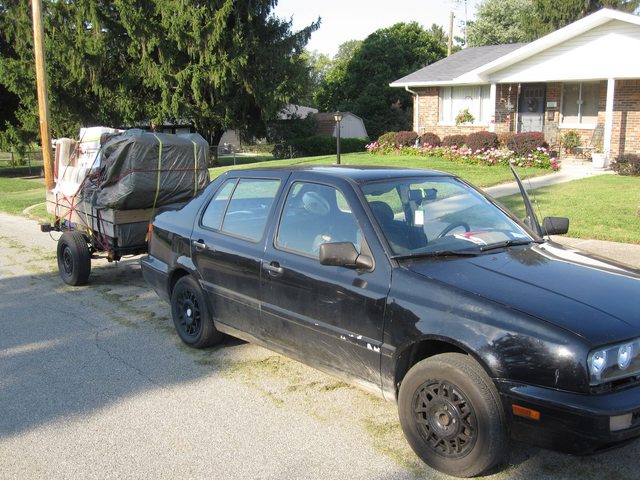 Finally a color I can see at night that I don't hate: 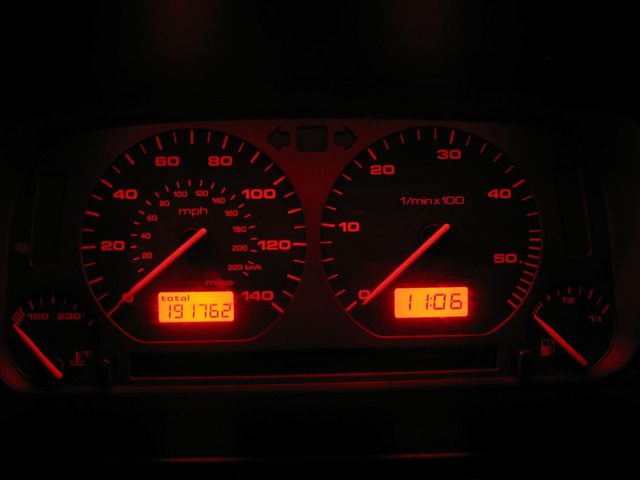 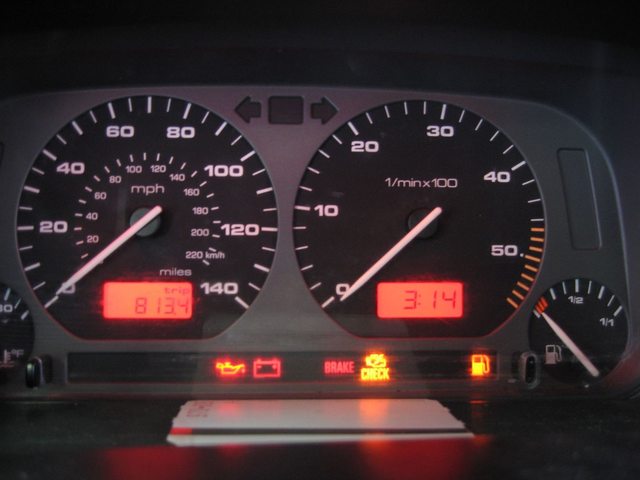 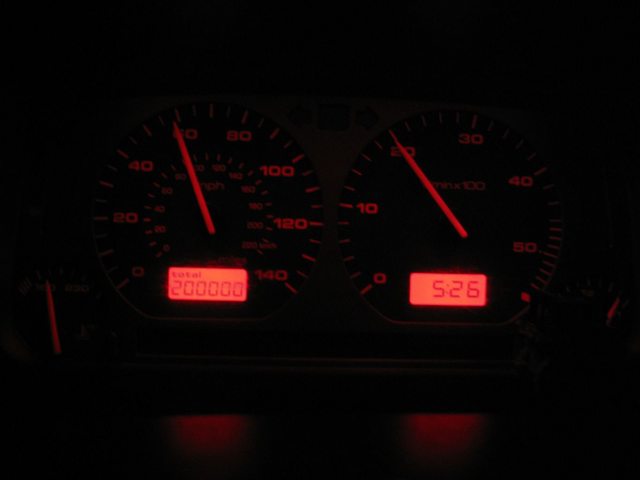 Wisconsin GTG getting a straight exhaust: 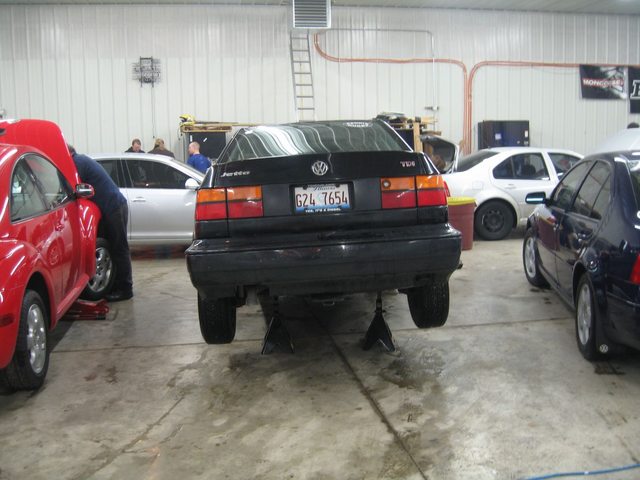 Stripped to the floor pan: 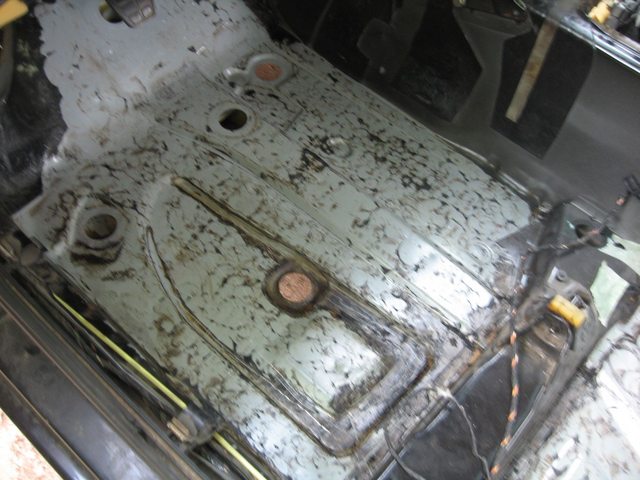 Even got a DG short shifter at some point:

That's way too bad. I've got my mk3 she just clocked 250,000 on the body the motor is young about 110,000 The body itself has cancer spreading slowly but first I must address the aging but aftermarket suspension. I bought this car almost a year ago now and was I. love the minute I drove it and got pulled over on the test drive. Hahaha I wasn't even speeding it was for no seat belt. How fun it was right from the start. Anyway I'm sorry for your loss and I'll post a few pictures in her honor.