This past week the timing belt tensioner failed on my Audi TT → TDI. I was lucky in that the tension was not completely released and the engine stayed in time. I ordered an ALH timing belt kit from one of the supported vendors and replaced everything.

Over the past year or so I noticed that I was getting some diesel fuel around the injection pump. I figured one of the seals was failing and had already ordered a reseal kit. Since I had the timing belt off, I went ahead and replace the two “cover” seals and the head seal. I’ve done this two times in the past, so I’m familiar with the procedure. This time around the temperature outside was around 30 degrees. I stretched the head seal o-ring over the head and dropped it into the grove. I held the o-ring off the one of the two bolts holding the head in place so I could drop it in to the groove. I did the same for the other bolt.

Unfortunately since it was cold out, the o-ring hadn’t fully returned to shape before I tightened the head back to the body of the pump. As a result, I shaved the o-ring and it promptly leaked all over the place when I started the car up.

I ordered a new injection pump seal kit and thought about how I could better replace the head seal. I read through several posts here on the forum and this one from from AndyBees got me thinking:

I figured if I used a wire to hold the cam plate assembly in place (like AndyBees did), I could remove the head from the injection pump and put the o-ring on from the other side (so I could examine the o-ring grove and the pump area for corrosion/debris). The small spacer would still fall out of place, but I could do as AndyBees did and hold it in place with Vaseline when re-installing. 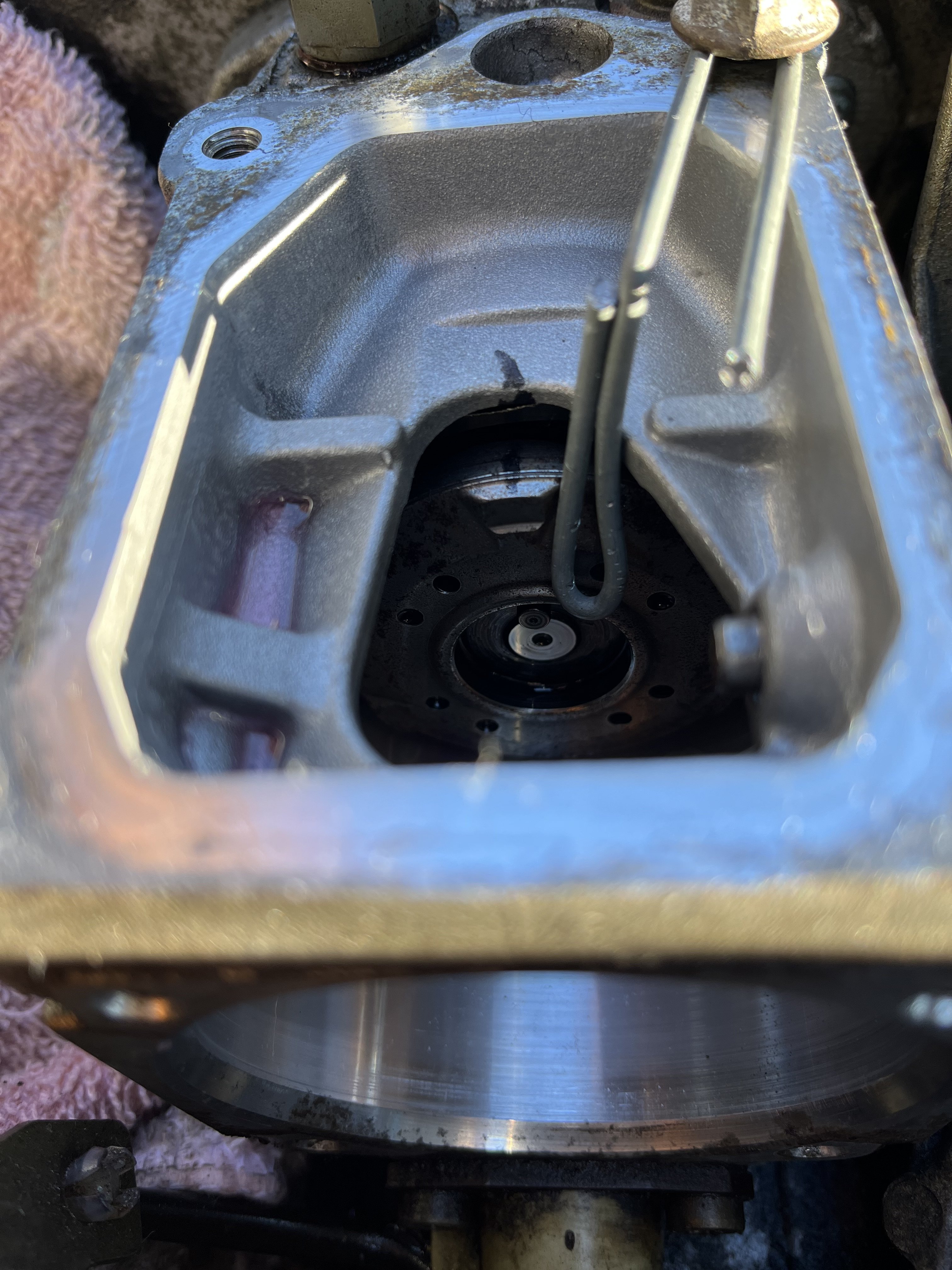 With the head removed, I could easily put the new o-ring in the grove. I used Vaseline to hold the shim in the Distributor Plunger foot while re-installing the head in the injection pump body. Once the head was in place, I removed the wire assembly holding the cam plate and closed everything back up. I used a mighty-vac to pull fuel up through the return line and then bled each injector. I started the car up and checked for leaks. Everything looked good.

If/when I do another ALH injector pump reseal, I’ll use the method above to remove the head from the pump to replace the o-ring

Done over 100 with Duck Tape method and never had any problem. Never had to remove head.

Eric, thanks for sharing your method of changing the big O-ring.

Jetta 97, I assume you've never stumbled onto one with a stuck O-ring as shown in the link Eric included with his post. That was my first time re-sealing an IP. That IP wasn't leaking, however, the engine (in my Vanagon) was a "hard starter" from the get go with only 129k miles on it. So, as a suggestion from the followers, I resealed the IP. Anyway, not over 100, but I've since resealed a lot IPs and have not found one with a stuck head O-ring.
C