A TDI-ous, dragged-out thread for 2 guys in a generally pointless race to 300k miles

What's the point? None. Other than amusement. But I warned you about that in the title. If you are this far along and still have nothing better to do, follow along for a year-plus statistical drama that promises to have edge-of-your seat excitement equalled only by the blistering pace of real-time play-by-play mileage logging and calculation!

Some background on the men and their machines:

TomJD has had his MK4 Jetta for a little over 3 years and accrued over 65k. These days a 49 mile one-way commute accounts for much of his 700 mile-per-week average which also includes recreational and road trip driving.

Dozenspeed (me, feels weird writing this third party, and wrong somehow first party ) has also had his for a little over 3 years. It was bought specifically to use as an officially comissioned, licensed and regulated taxicab here in St. Louis Missouri. So far the car has been in fulltime viability and "daily" service, averaging 1225 miles per week.

It was due to this observation, we thought to have a race to the 300,000 mile odometer mark for giggles. I have since figured, that at current weekly average levels, starting today at current odometers, it will take TomJD ~70 weeks to hit 300k, and Dozenspeed ~80 weeks. This far out, I think that's not a huge gap. He plans for more adventuring, and I plan to be less lazy, so who knows how this will end?

Will TomJD indeed rack up more miles in attempt to keep his girlfriend entertained? Will Dozenspeed try to squeeze more miles toward financial betterment? Will the cars hold up? Can their owners keep them going? WHO WILL WIN?!?

FIND OUT HERE IN THIS FRIVOLOUS THREAD!!

For convenience, we are going to refer to the rough mileage goals as "points" (in tenths) in reference to 1000 miles. The goal being "to reduce your score." So in this manner, the current score is:

*yes technically smaller than that but that's how it is


EDIT: A simple, public poll has been added to this thread, set to close at the end of July, 2015. So predict your winner before then. The poll will show who you voted for, but not when you voted. Consider posting that you voted at the time you do so, to record how early you made your call.
Last edited: Sep 8, 2014

I'll be the Odometer Verification Officer. I'll also be pointing and laughing when my Golf sails past 500,000 miles while you two light weights duke it out in the mere 1/4 million mile range.
D

I forgot to mention, both cars are esentially in the care of the THE one and only oilhammer. You all should know that in case it affects the wagers somehow.

I won't sabotage either car...
D

oilhammer said:
I'll be the Odometer Verification Officer. I'll also be pointing and laughing when my Golf sails past 500,000 miles while you two light weights duke it out in the mere 1/4 million mile range.
Click to expand...

oilhammer said:
I won't sabotage either car...
Click to expand...

Only part of the race I'm sure of.

I'm replacing its original battery today. Not too shabby!

This is gonna be good!
D

I find it funny that we both have pictures of our cars off road.

I think another side challenge would be to see if I can get those Michelin Primacy's to the 300k mark as well without compromising safety or performance.


Nearly a half million between the two... 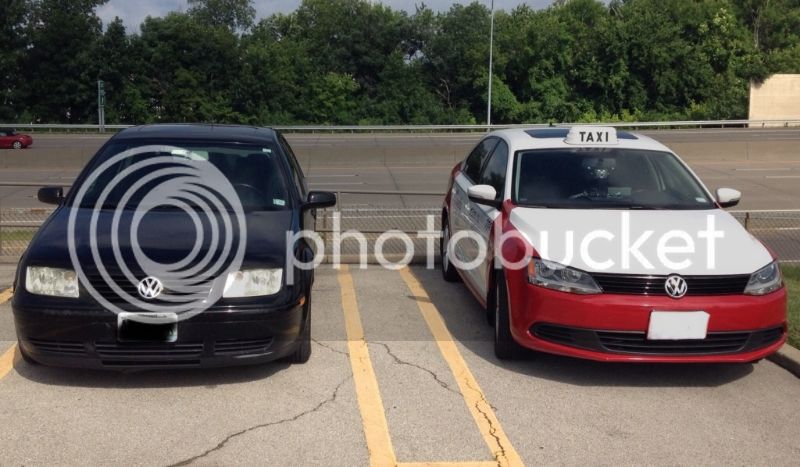 I did have a pic when it passed 400k, I think, but not anymore. I'll try and get one the next time it is in, but sadly I think it is slated to be replaced soon.

My Vote is for TomJD.


oilhammer said:
I did have a pic when it passed 400k, I think, but not anymore. I'll try and get one the next time it is in, but sadly I think it is slated to be replaced soon.
Click to expand...

Perfect time to buy it!

dremd said:
Subscribed:
Got any pics of the 419k sprinter?
Click to expand...

Next update planned in ???

I'm routing for dozenspeed. maybe I'll have 75K on the wagen and pushing towards 40K on the Golf by then ;p

The suspense is killing me.

I don't know who I'm voting for, but one thing for sure is that this race is a hoot! This is TDIClub stuff, pure and simple!

Lets see who takes more fuel to get there too.
W

terrydtdi said:
Lets see who takes more fuel to get there too.
Click to expand...

Hey pal, get your own stupid race thread!

terrydtdi said:
Lets see who takes more fuel to get there too.
Click to expand...

My last tank was 50.4mpgs...and that is with a leaking IP that I am milking along.

My last tank, post "slow down experiment", was 53.... but I can't do that anymore. I could have gotten better, but that tank included a trip with the JD lawn tractor on a trailer down to the farm, so 50ish miles of that probably hurt a little.