We were looking for another suburban and when we saw the news about the new Suburban diesel option I got a little excited. From what I understand it’s a newish engine but one they’ve used for a year or two in their pickups? I was also a bit surprised to see it’s a 3.0L straight 6? I am looking for some input/facts/opinions about this new engine/setup. 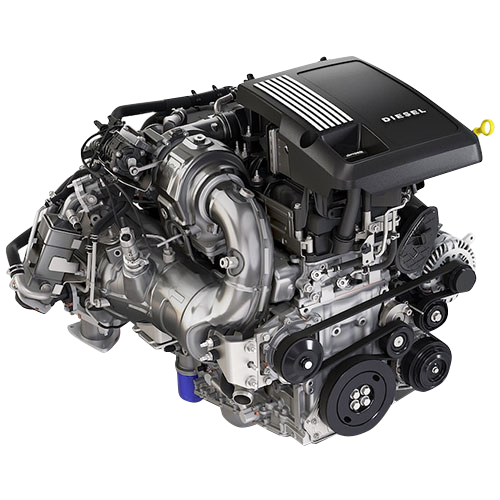 They run very well, but get your money out. On the pickups, just like with Ford, GM forces you into a higher trim level and giant cabs/tiny beds, so the MSRP is well into the nose bleed section. Granted, the Suburban will only have the one body, and there is no base trim anymore in them, so you'll already be in small house territory for cost. I would not be surprised if the 3.0L diesel version is in the $70k neighborhood. The Sierra I test drove with that engine was $63k. For a half ton pickup that has a tiny bed.

I know people get all wound up about the Gilmer belt running things at the rear of the engine, which eventually will need replacement and requires transmission R&R, but as someone who works in the industry, I can tell you that there is a pretty high chance the transmission itself will need replacement by that time anyway. GM still hasn't mastered slushboxes, despite making them longer than anyone else. At least they are not terribly hard to swap out. Even the 4x4s are fairly straightforward.

I don't have any first hand experience with the 3.0 Duramax, but the professor I took a light duty diesel class from had a fairly high opinion of them. I'll wait until they're proven personally, but I can't wait to try working on one, though that'll be a few years as well with warranty...
I

It's clear that there are people who like Tahoes, Suburbans, etc., but I was at a Chevy dealer picking up a rental car with my daughter a few months ago and there were a bunch of them on the lot. I walked around and was stunned by the MSRPs on those beasts. The idea of a diesel is appealing, but when you consider you can get an Audi A6 Allroad or Mercedes E350 Wagon for less money, it's hard to swallow what GM is asking. I guess it's a matter of what you'd prefer to drive.

And so long as the height isn't an issue, and you are not wanting to tow over 5000 pounds, a Sprinter (even the smallest one) costs the same or less, uses less fuel, and literally has thrice the interior volume. It is much more utilitarian, however.