Any tips on how to confirm if a coolant leak is coming from the water pump? When the engine is cold it doesn't leak but it starts dripping as it warms up a bit. Coolant is dripping off the back passenger side of the block right at the flange for the oil pan with the car on ramps. A drip or two every second once it gets warm. Checked all the hoses around there (while it was running) and I don't see anything coming from them, looks like the coolant is maybe coming down the face of the block but I need to pull the wheel and liner to see that area better. Has 80k miles on it so I'm thinking I'm looking at the pump and timing belt. Haven't done one before but doesn't look awful.

Now that it cooled down a bit I was able to fish my phone up to try and get some shots. Leak appears to be around the plastic cover that is under the motor mount. I think that is just a cover for the timing belt so maybe pump leaking onto the belt and getting thrown around a bit? 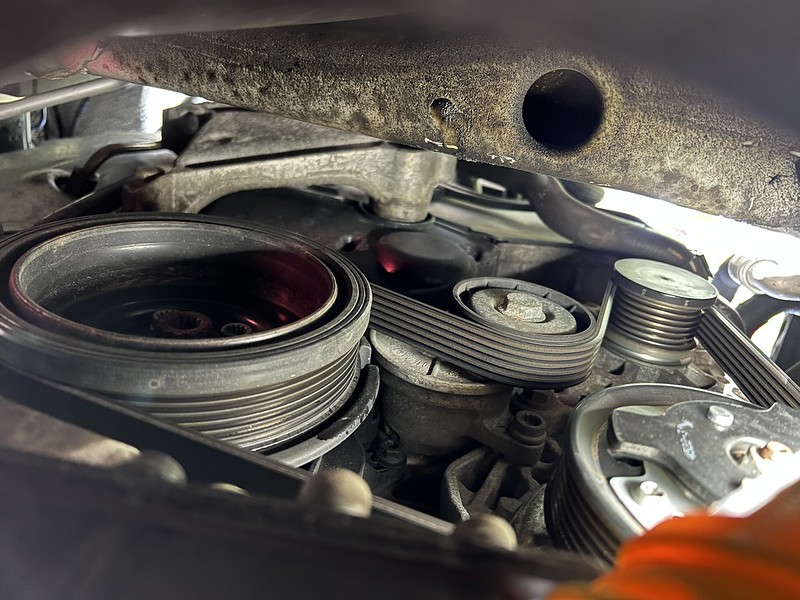 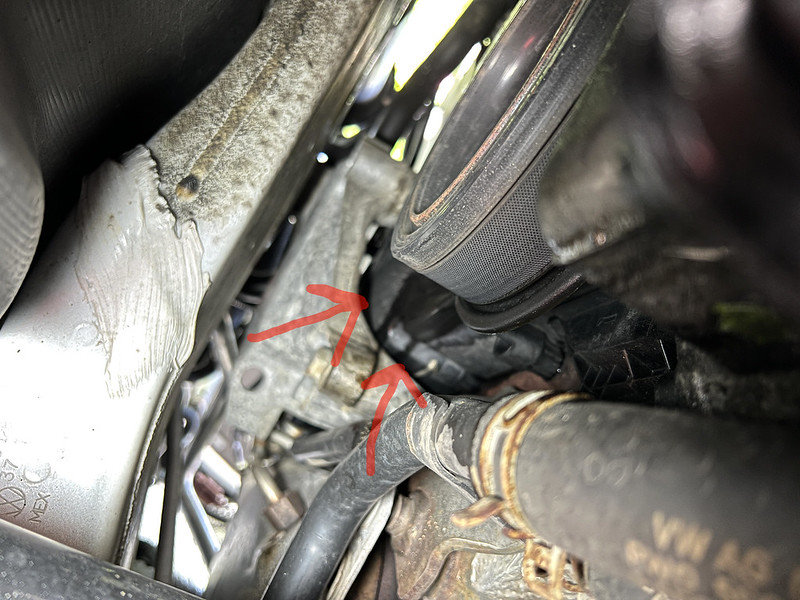 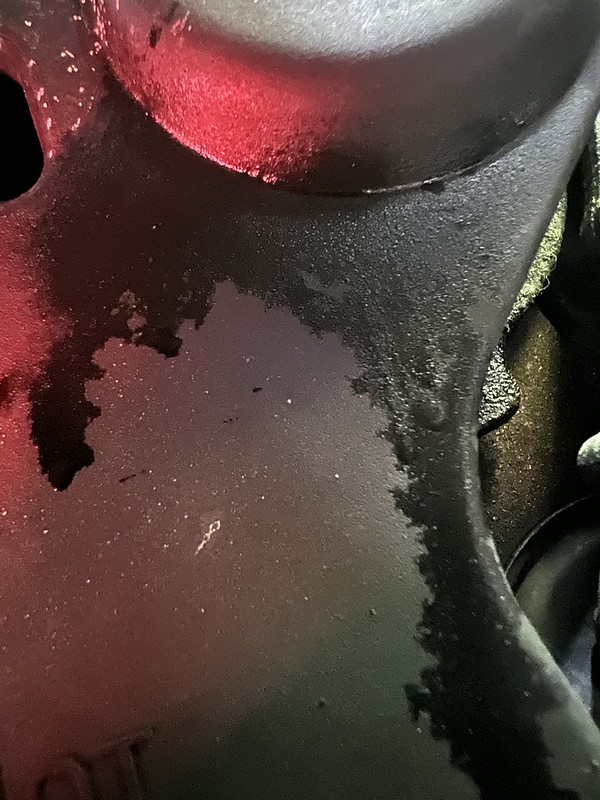 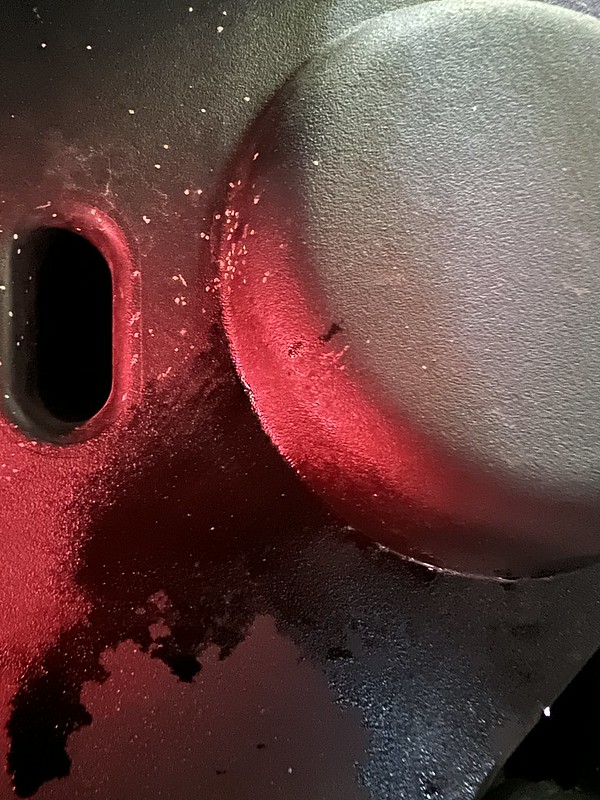 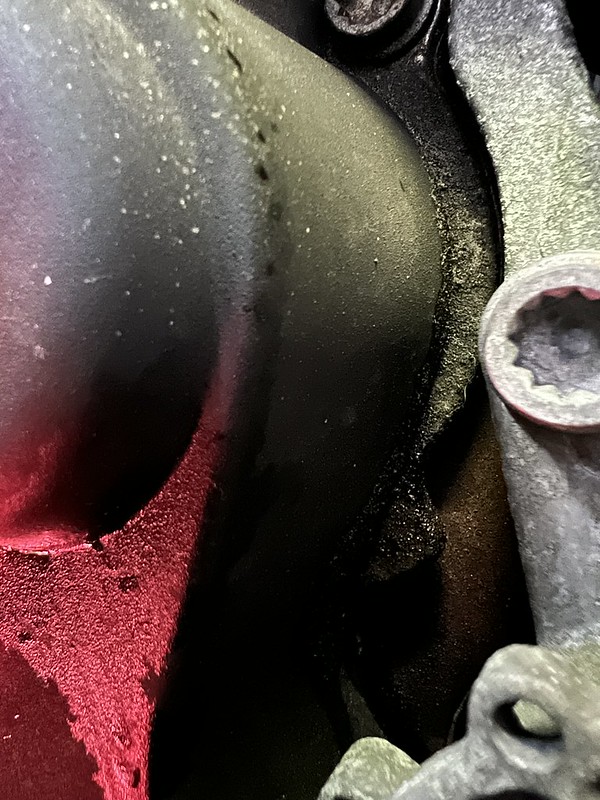 You should be able to get to the timing belt cover up top and peak down through and see the weeping but im 99% sure that is from the WP.

Most likely the water pump. Lots of the CVCA and CRUA pumps won't make it until the belt is due.

These are a little different than previous TDI engines, and require yet a few more special tools. Those zany Germans, LOL...
C

yep this ^^^^^ had CVCA TB done and W/P was about to go. she had only 80k miles and I've heard 20k miles CVCA leaking coolant. so it really varies. best to get Geba W/P with block off and forget about it.

link of an example: 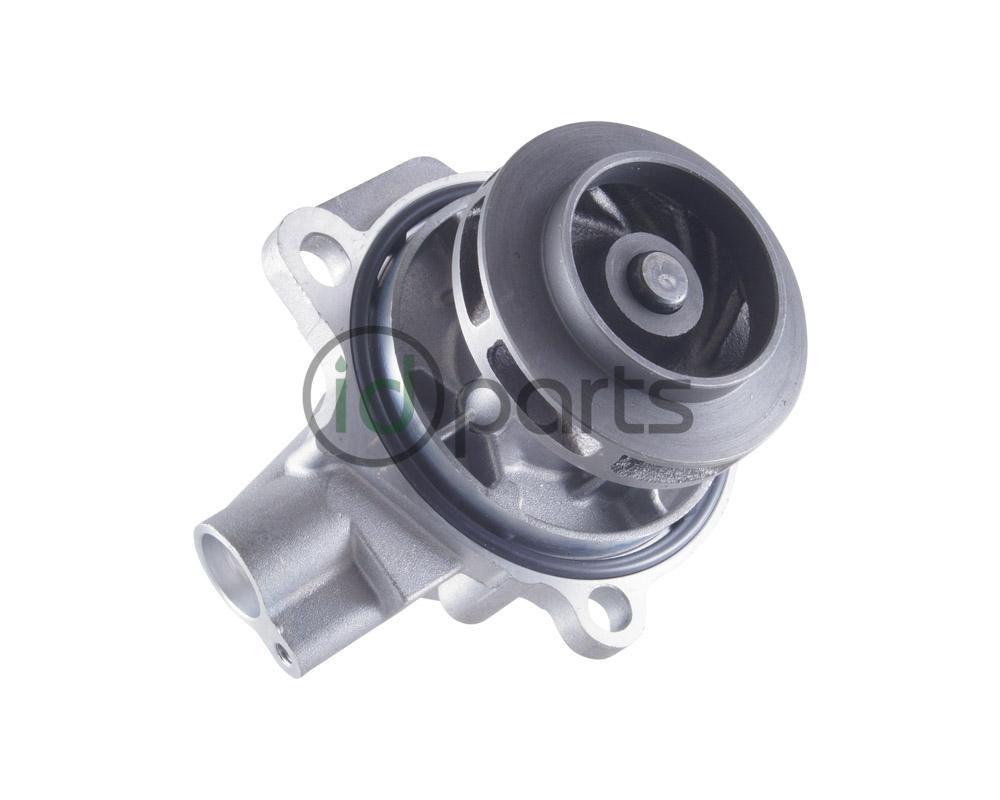 Geba water pump for the CVCA and CRUA engines. This is a non-variable pump and the sensor opening is blocked off. This pump does not include the solenoid valve. It must be swapped over from t...
www.idparts.com
S

Thanks everyone. I ordered the timing belt kit from IDParts with the Geba waterpump and the EA288 timing belt tool kit. I have started working on it now and have the fuel filter and expansion tank out of the way. Was basing this off a CBEA video and manual I found. For anyone that has done this on the CVCA any tips on all the small lines attached to the timing belt cover? If I unscrew the holders from the cover can they stay in place and still swap everything out or do they all need to be disconnected too?

EDIT: Never mind, figured out you can remote the injector from the turbo and then pivot the lines out of the way. 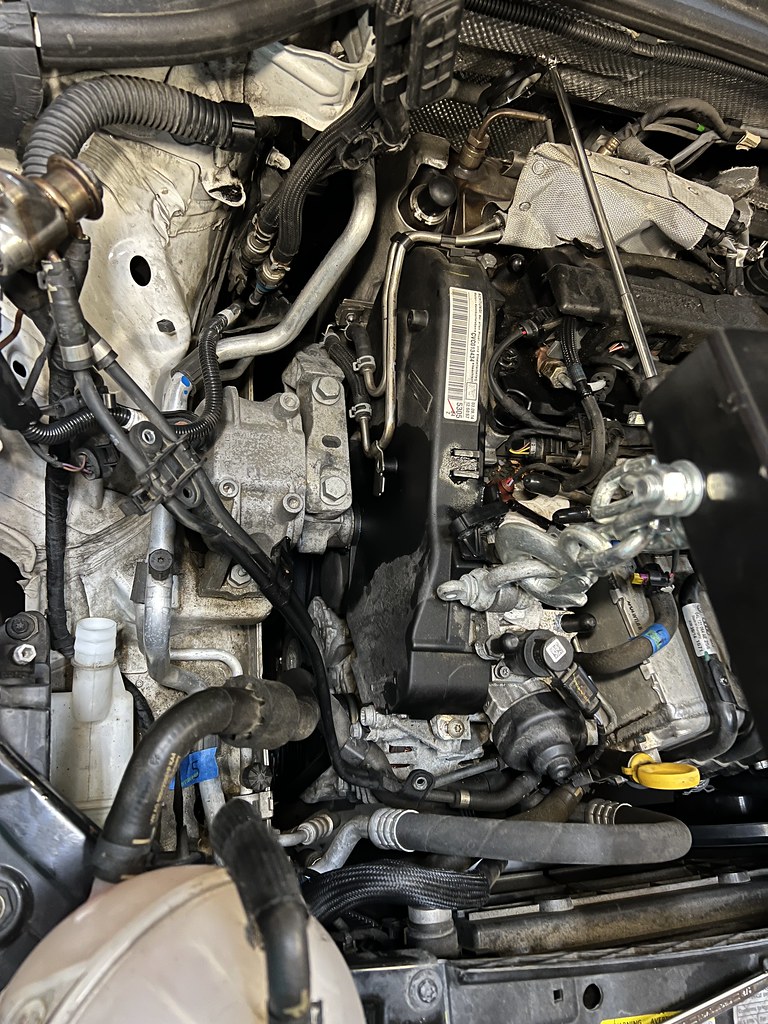 The job is not "difficult", but VAG made it needlessly dumb by placing things over the timing cover that you KNOW you will need to remove for timing belt service. However, given the other-worldly complexity of the underhood plumbing on those cars, it isn't like they had a lot of extra room to put things, so they did what they had to I guess. I would have at least tried to route some of that stuff differently. The oil filter placement is another dumb one... because they put a wire harness and a coolant pump right the F under it, so you have to (like me) carefully remove that stuff and hold it out of the way to avoid making a mess, or (like so many others, especially quickie lubes) just make a giant black mess.
S

Thanks, I went the other way and removed the injector and then it all sort of hinges out of the way as the front of those lines are on hoses so it has some give. Haven't done a timing belt before so just being extra cautious there. Don't seem like it is a difficult job, more just annoying as I have to dig a lot to even get to where I need to.

Totally agree about the weird placement of the wiring harness right below the oil filter. That was a strange choice. Have you tried a flexible oil funnel? That lets you get it pretty much done without making a huge mess or having to remove everything.

I'm at the timing belt now. Turning the engine by hand had the pump start dripping so it certainly has problems and it is a mess in there.

I've turned the engine clockwise 2 full rotation to line everything up at TDC but when the crank is locked at TDC the cam locking hole and the HPFP locking hole are just off enough that the pins won't go in. I think they need to rotate every so slightly more. I'm assuming this is from belt stretch? 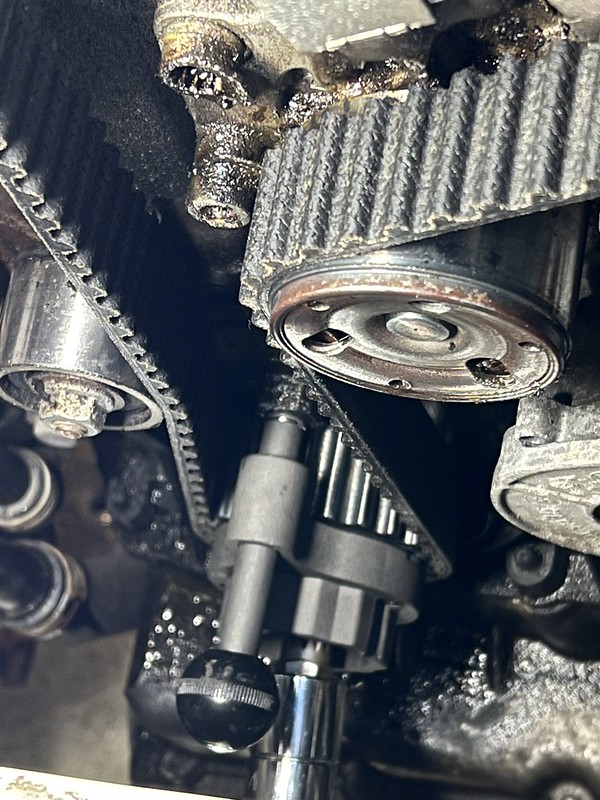 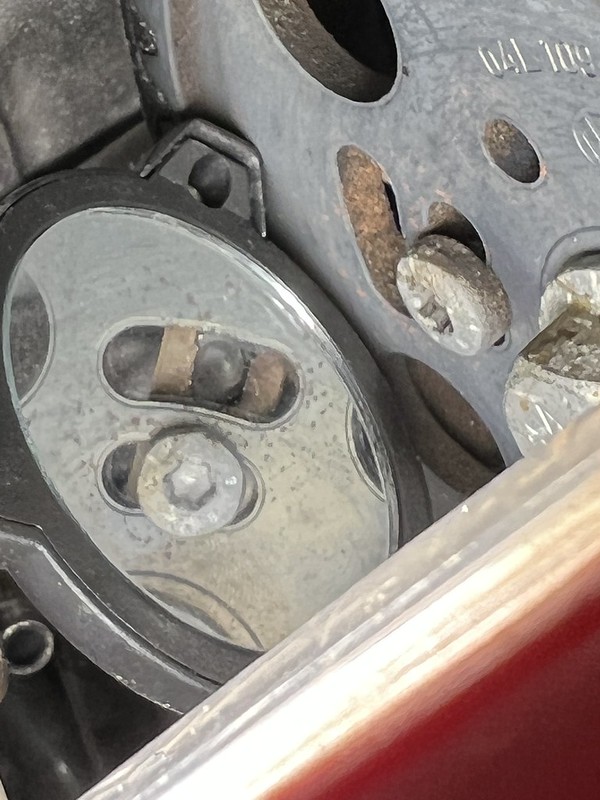 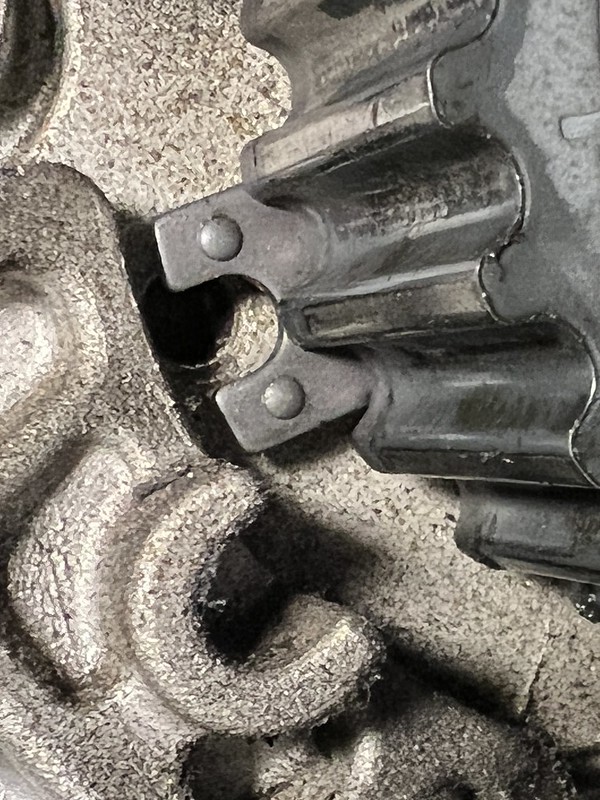 Mostly got it. For future reference... line up the pin hole from the camshaft first. Lock the camshaft in place with the pin.

Using the camshaft sprocket counterholding tool to hold the sprocket in place while you loosen the one torx head screw on the face of the sprocket. With that loose the cam sprocket can move while the actual camshaft is locked in place.

Now rotate the crank as needed to line up the locking pin for the HPFP. After the HPFP is locked use the HPFP sprocket counterholding tool (with a 1/2" drive socket wrench in the short handle to give you more strength) and loosen the nut on the center of the HPFP. Again the pump is locked but the sprocket can move around a little.

After that it is locking the tensioner which I'm working on now.

After that is done the belt should be removable and the crank will be locked at TDC (it should already be very close).

Then it will be presetting sprockets positions to account for change when the new belt ends up getting tensioned and then tightening all the sprocket locking bolts, rotating the engine a couple of times and rechecking timing.

This has been a tough one. I got the water pump installed, new idler pulleys and tension and got the new belt tensioned with the cam sprocket and HPFP roughly in the middle of their range. Tightened them down to 20nm per the manual, using the counterhold tools and have a new problem. The cam locking tool is stuck in place. Took a couple of tries initially to get it lined up but it went in by hand but had some resistance going in.

Now, it isn't coming out. The ball on the end is spinning by itself and I have tried grabbing it with locking pliers and was able to spin it a little but now even that isn't working. Tried removing tension from the belt to see if there was some preload on it but that made no difference.

I'm stuck at this point. Was wondering if the sprocket can just be removed to give me more area to grab onto the tool (and to try some lubrication where it goes into the block) and try and get it out but didn't know if that can just be removed or if doing that opens up another can of worms.

Got the pin freeing up. Again, if anyone else runs into this.... I used the counter hold tool, a hex key, vice grips and a door trim remove tool.
, 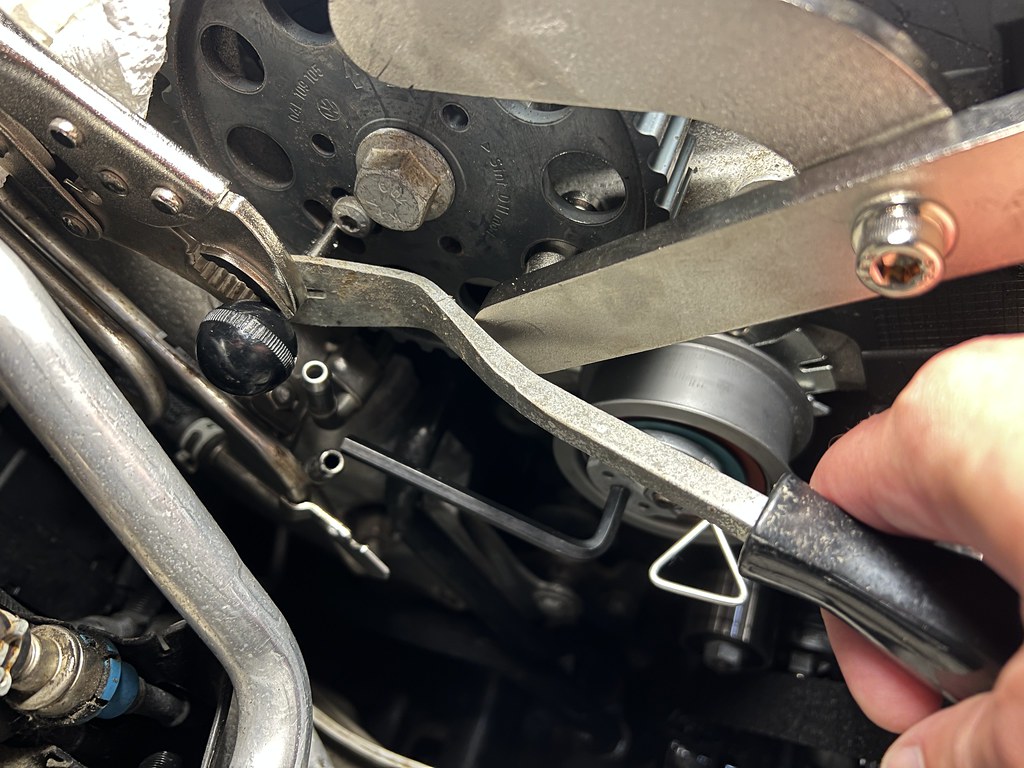 Vice grips held the pin and let me twist it back and forth while prying against the vice grips with the door trim tool using the counter hold tool as the base/fulcrum. Really important, you don't want any prying force on the sprocket. The bottom peg of the counterhold tool is all the way through the sprocket and pressing against the engine block. The top pin doesn't reach so I put a larger hex key behind the sprocket to act as a spacer so that the top peg is now braced against the head as well.

Examining the pin it had the smallest little lip at the end, mostly could only feel it with a finger nail. I used a diamond hone to smooth the end and then a polishing wheel on the section that fits into the guide hole. Now the pin goes in and out very smoothly without any play.

Now to go back and put the new belt back on and to check timing......
W

Looks like the laws of physics were in play figuring that problem out.
S

watatrp said:
Looks like the laws of physics were in play figuring that problem out.
Click to expand...

Definitely, had to physics it to figure out a problem with my engine hoist too, it kept shifting backwards. 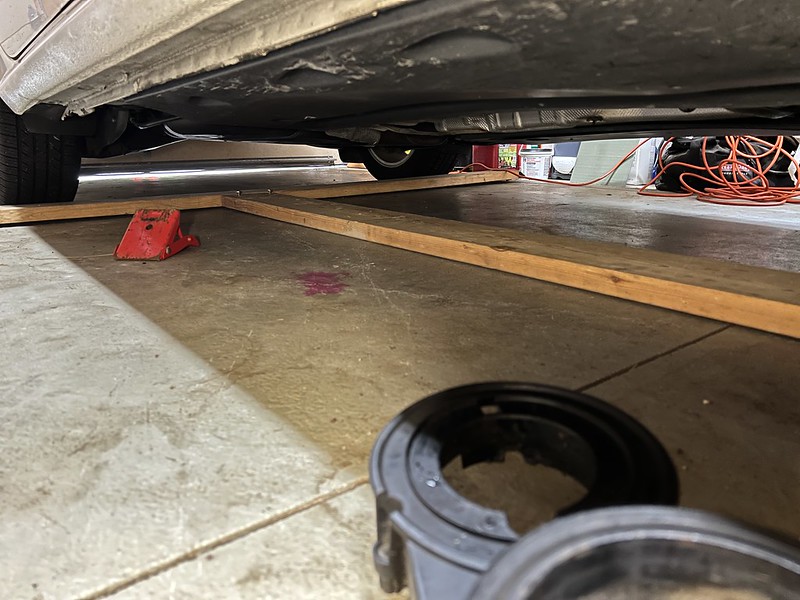 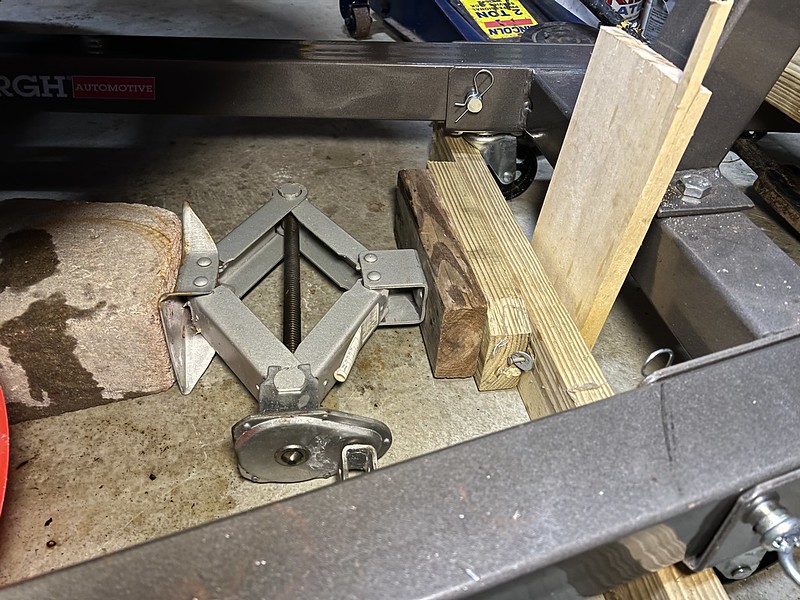 Shawn67 said:
Definitely, had to physics it to figure out a problem with my engine hoist too, it kept shifting backwards.

dont tell me, your motor mount are loose or removed while doing this? :-/
S

Yes, the motor mount has to come out, it blocks access to the water pump, tensioner and one of the mount points is inside the timing belt loop. 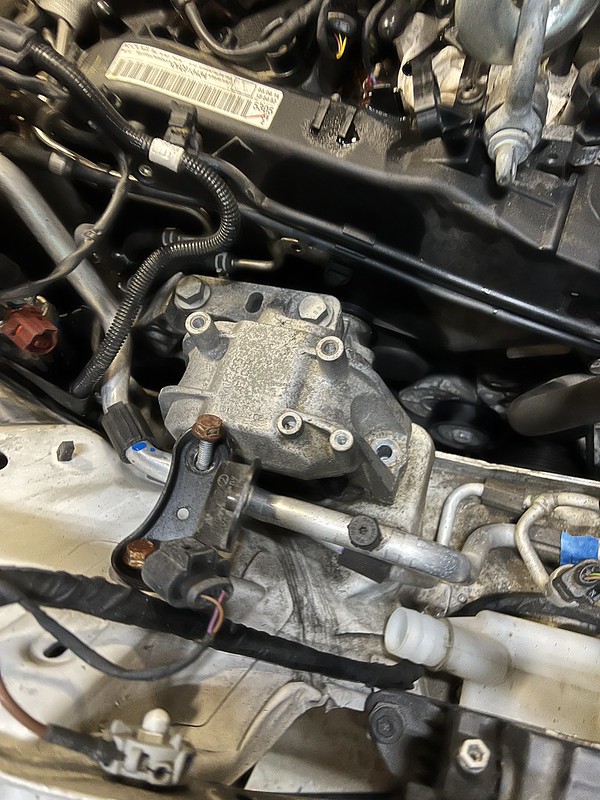 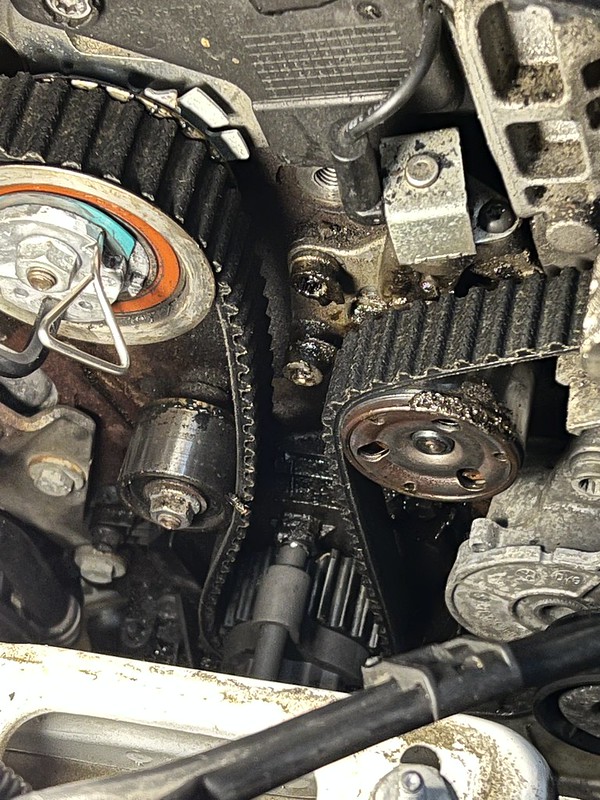 This is the old setup. The bolt hole next to the wire is for the motor mount. The wire is leading to the water pump solenoid, water pump is right below that. 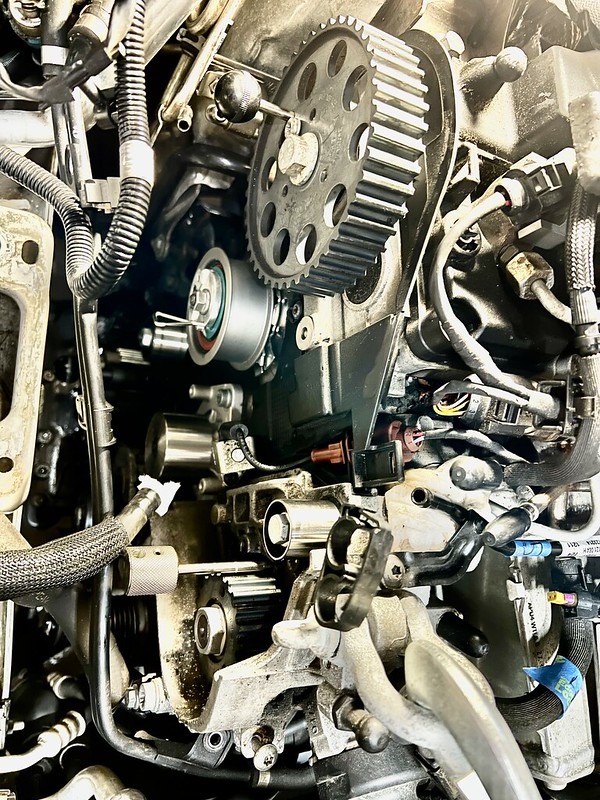