Customers car had no cold on left vents (with a/c on) just warm in left center and left drivers vent..Got this code b108c..had "short to ground" also short to plus and then loss of calibration..cleared codes and loss of cal. pops right back..tried to "reset" to no avail.. so does anybody know the easiest way to access this motor temp flap left side please?.. I own a shop so I'm "well equipped" LOL...thanx for any help!...
F

Nobody has had an issue with this temp flap door motor??..Not even the VW shop guys?...Please ..does anybody have the correct part#..where to find one etc.. for this and any info on location of the motor?.. I really would appreciate it... Thanx for ANY onfo?... Forrest

Thanx freeman for heading me in the right direction!.. I see that this # 561-907-511-D on your link says "without climate control, none "w/ climate control" in the description..looked on another site and ( same #)it says "w/climat control/left" but also says "w/o climate 2012-2015"..could also fit those too?.I searched the web and other sellers and all say (ebay, VW parts center etc..) "without climate control".and left OR right...this is baffling to say the least!.I specialize in vintage muscle cars and parts ordering is alot simpler!...Just want to be sure I get the right part..I believe this part# 561-907-511-D..is the correct part but with soo many other venders saying w/out climate. con., do you agree?? any one else?..I assume it will be located somewhere under dash on left side.... Thanx abunch! link .. https://parts.vw.com/a/Volkswagen_2...ER-EVAPORATOR--HEATER-COMPONENTS/9258170.html
Last edited: Mar 31, 2021

When I first got my car the heat would get stuck on and they replaced the flap motor on mine and it was part # 561-907-511-D as well.
Mine is an SE without dual climate control.
Worst case take the part out and get the number off of the part..

I've done lots of those. 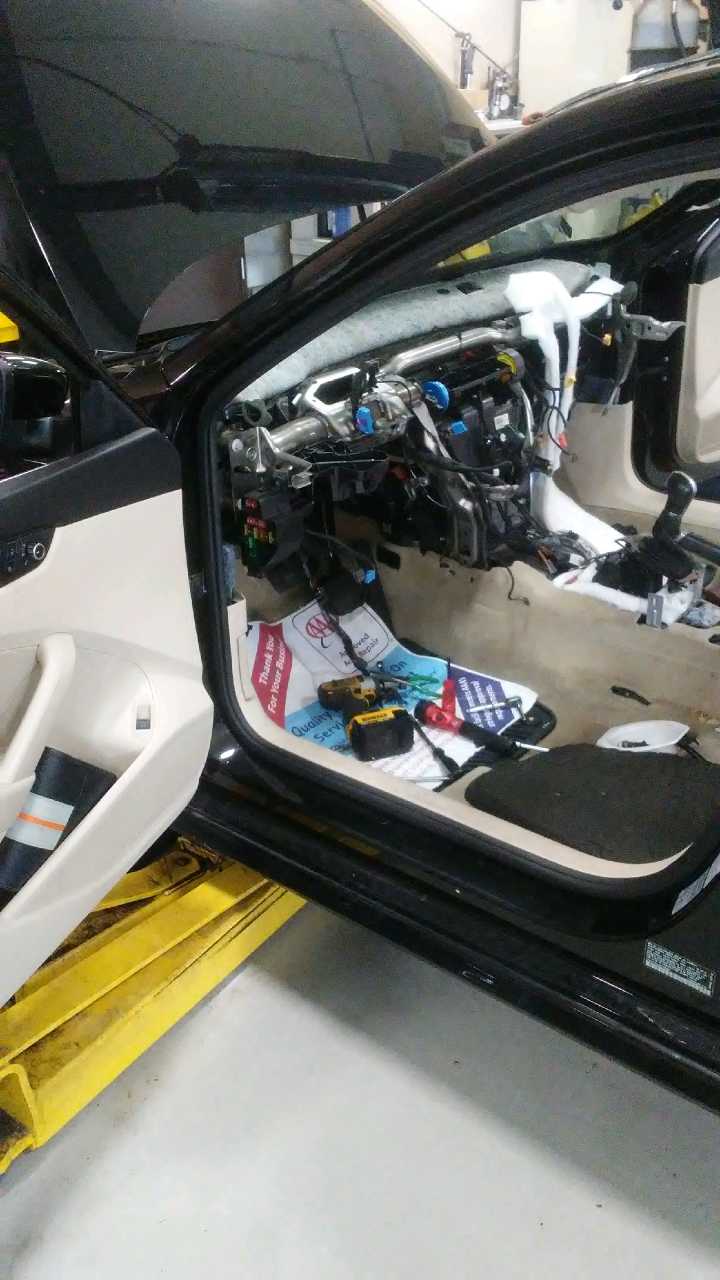 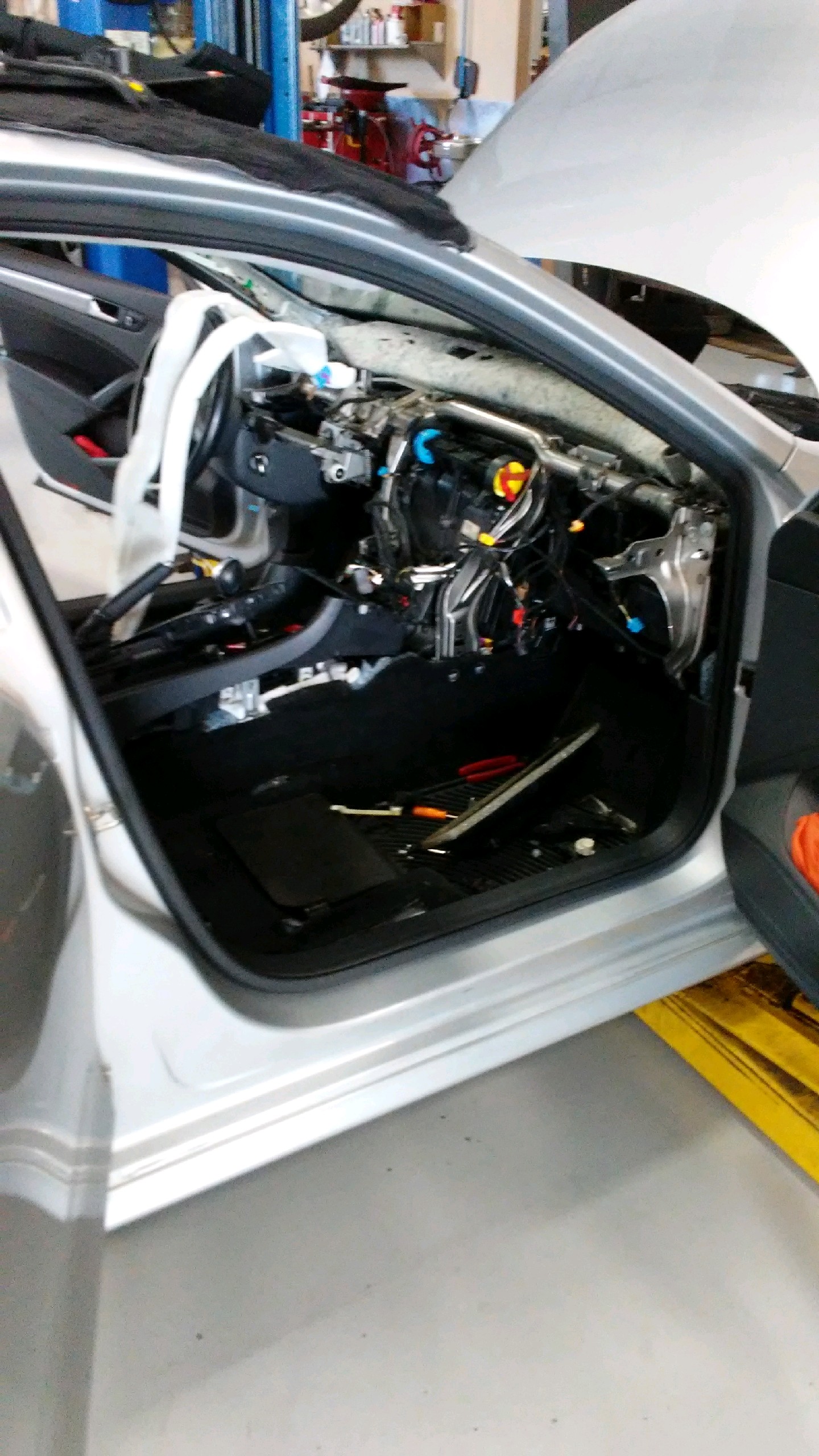 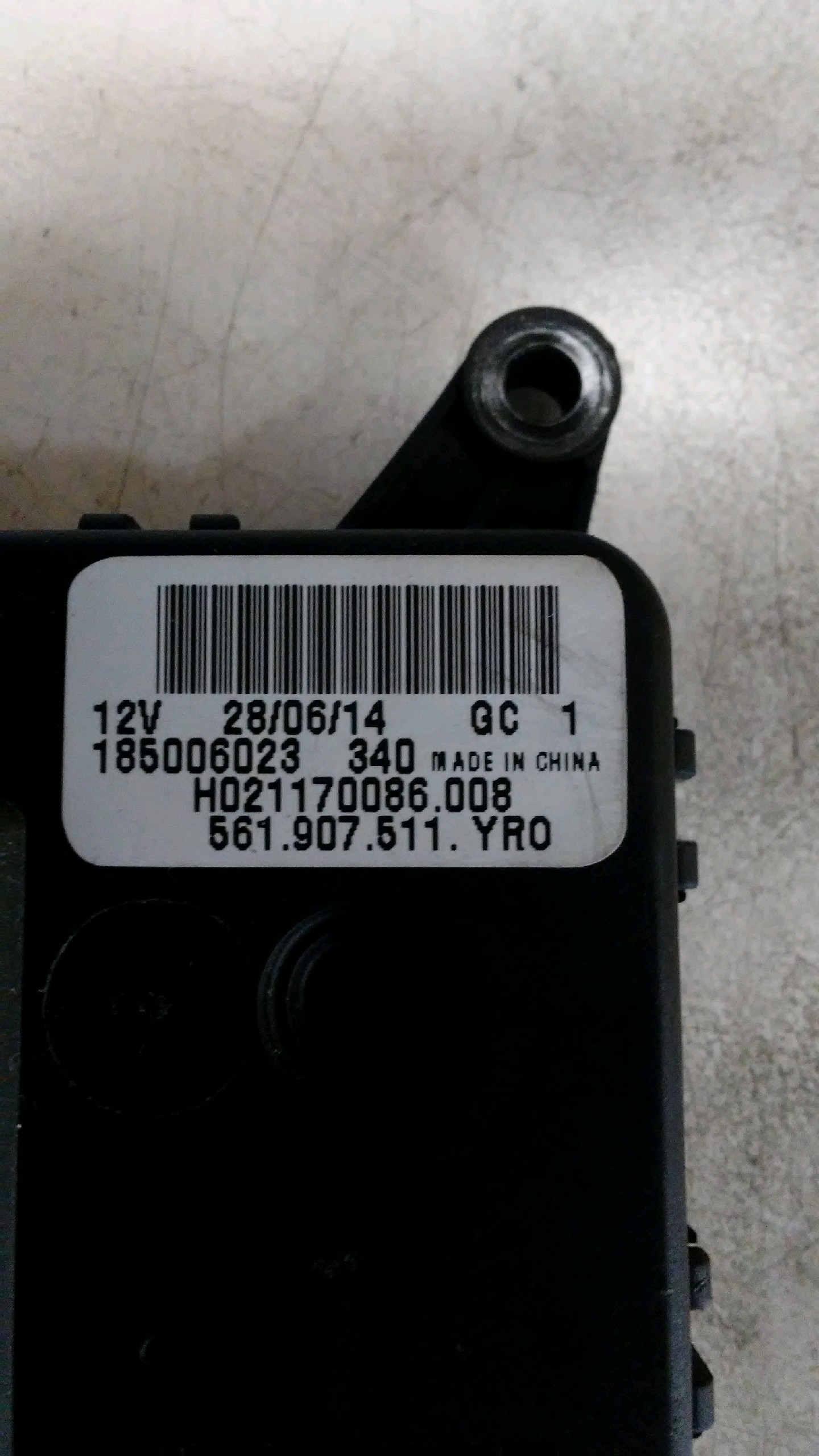 Good ol' Chinesium. I would replace all of them if I were you, while you are in there. There are either three or four. Three if single zone four if dual zone temp control, the dual zone adds the left door motor.

The motors for single zone:

The motors for dual zone:

I am pretty sure that is it, but I always compare with what I take out. They are all similar, but not exactly the same, and are not interchangeable.
F

Holy jeezus keerist!...how many hours does that come out to?..( of course the first time is ALWAYS the longest!)..anyway..thanx hammer, I hoped you would chime in.. This is why I really enjoy the pre-72 GM cars I restore!.. sooo much simpler!..Well I got a job agead of me I guess..Thanx all for the info!.. well HERE GOES!!..

Honestly, the NMS' dash is fairly easy to pull out. Like all dash work, it looks worse than it is when you see a picture of it all apart. We do boatloads of Prius and other Toyota evap cores, and they are worse. 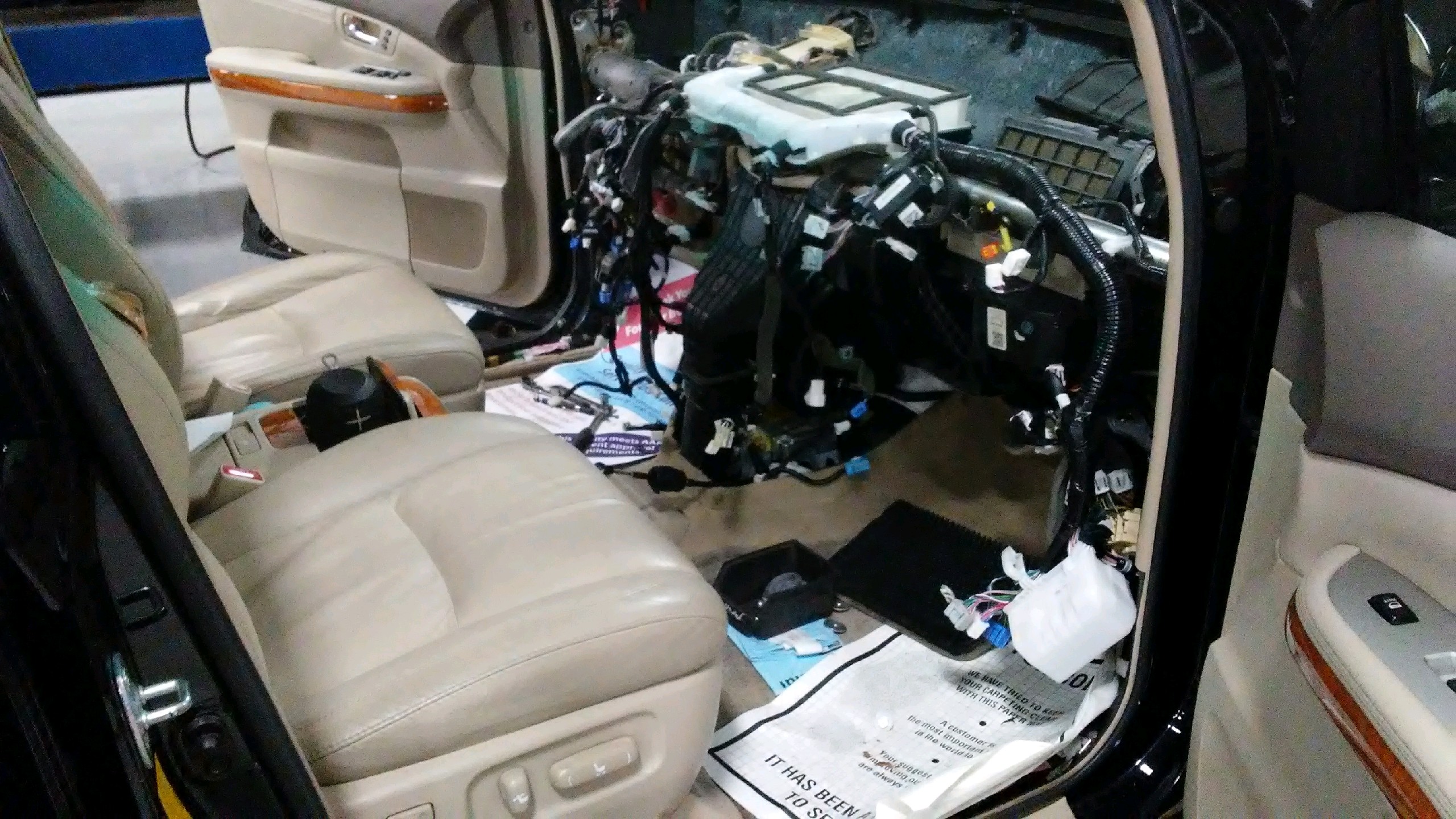 You can get the recirc door motor out with just removing the glovebox, those are not so bad. It is the ones on the left side of the HVAC case that are the boogers to get to. Even once the dash is out, the brace over by the pedals is still an issue. You'll want a ratcheting 6mm box wrench for one of the little bolts. You'll see what I mean when you get there.

I take the seats out because it makes the job easier, and they are not hard to remove. But if you want to work around them, you can.
R

We replaced the left temp flap actuator motor without removing the dash. Not a perfect fix, but the part was fairly inexpensive (best price was in the low/mid $100 range if I recall). We worked from the left side, identified the actuator arm, removed it, removed the accessible screw(s) and started pulling on the actuator motor assembly. The plastic tab that holds the inaccessible screw broke off.

We broke off the same tab on the replacement part and put a bunch of super glue on the new part where it will meet up with the old original tab that is still attached. Installed the unit quickly, screwed in the remaining screw(s) that hold the actuator motor in place, reinstalled the actuator arm, and we were good to go.

It's been working like this for about 17/18 months without issue.

If I had the knowledge and skill to remove the dash, I would probably have done that and replaced all of the flap actuator motors at the same time. Unfortunately, I have neither.

Good Luck. Having hot air blow on you, when it's 90 degrees outside, is a miserable experience......
V

The factory manual I have (2012) doesn't have you remove the dash, but the procedures suggest a lot of cursing is involved. And for the left temp door, there is some sort of bodge involving cutting one lug off the old motor and using it as a spacer on one corner of the new motor along with a shortened screw.

I have no doubt taking the dash out is the easier route.

I'm tellin ya, the NMS' dash is a pretty darn easy one. It really is. Maybe a bit tedious and time consuming, but no single step is particularly "hard". I can drive one in the shop in the morning, and drive it back out that same afternoon with all the motors replaced. And I am not being fast and reckless.
V

Speaking of what the factory says vs reality, ours is the 2.5L gasser and the dealer just told me that the vacuum pump is starting to seep oil. He also said because we have the automatic, they have to split the gearbox & engine to do the job at 6 hours labour. Any way around that?

Yes, that is common. But you do not have to remove the transmission to swap the vacuum pump. All you have to do is remove the gear selector cable and switch on top of the transmission, then take the cover off the pump and slide the shaft out, slide the plastic flap off the shaft, and then take the pump out (just turn it and it will come out). The gear selector shaft is the only thing in the way at that point. I guarantee you NO dealer tech takes the transmission out (but they'll be happy to charge you to do so). We charge the manual transmission labor plus a half hour, which is much more realistic.

You can also delete the vacuum pump altogether with a kit such as this one:

Thanks. I checked out enough youtubes to think that's a DIY job.