New to me Tiguan, it's a 170hp CR TDI, 6-speed manual and 4-motion, 160k km. Very nice interiour, previous owner was an older gentleman. It needs some work, brakes front and rear, drop links are noisy and someone has tried to replace the wing mirror indicator and managed to brake all the clips on the housing so it's all loose.
Some pictures from this morning: 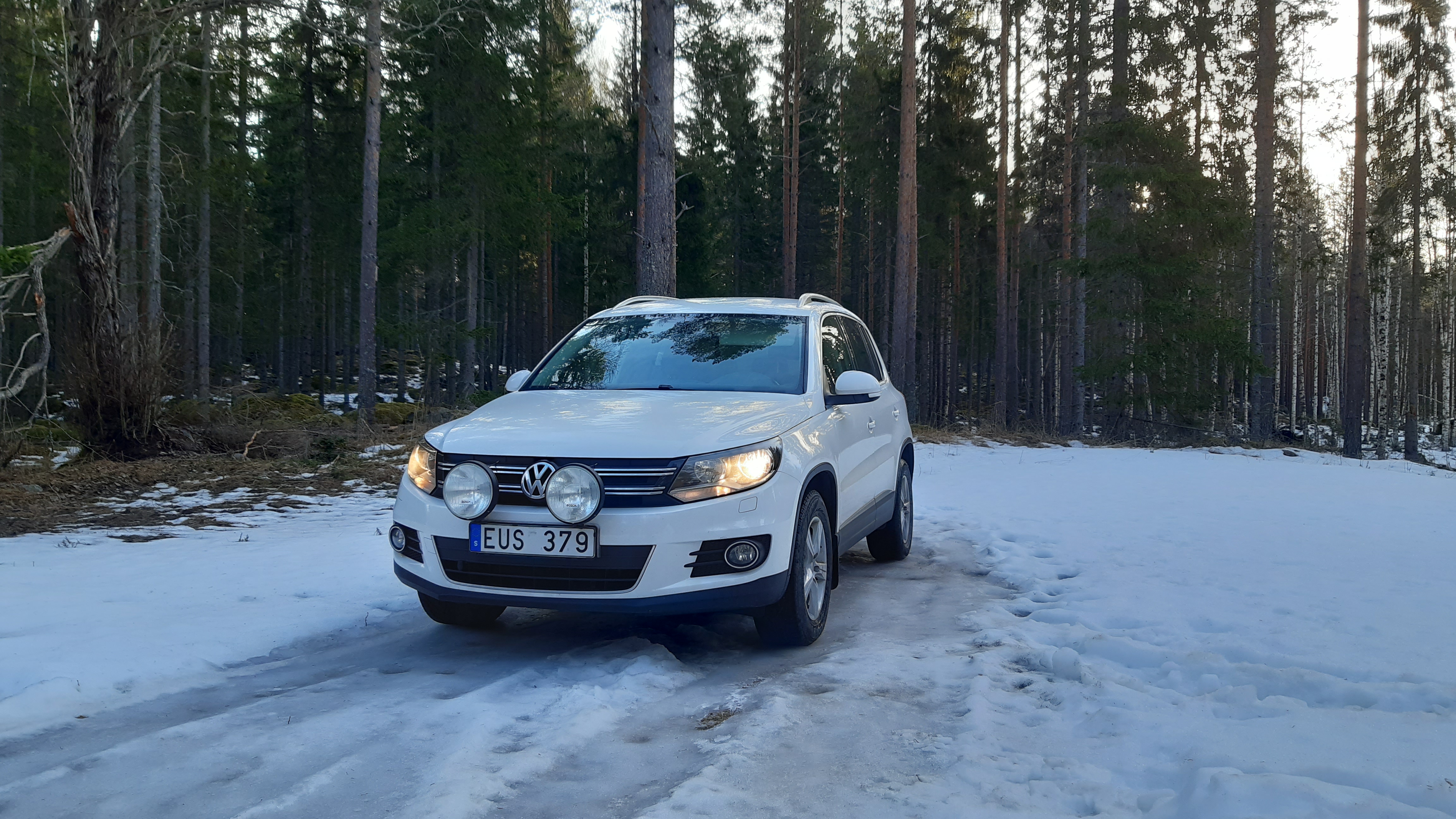 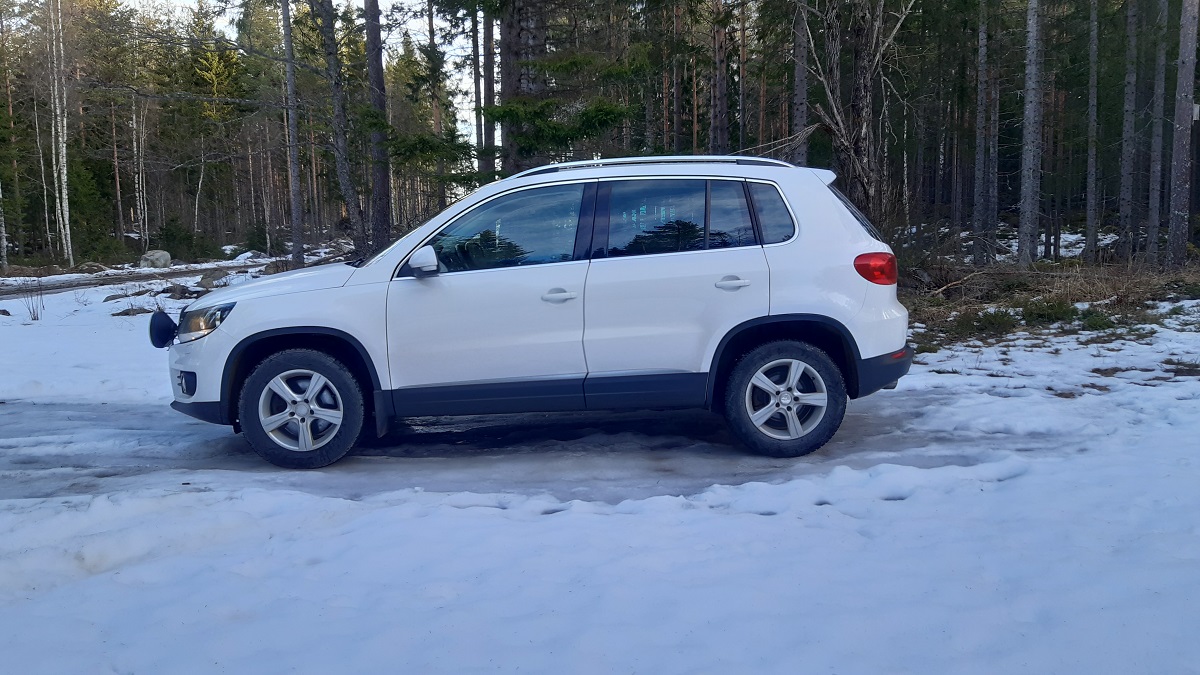 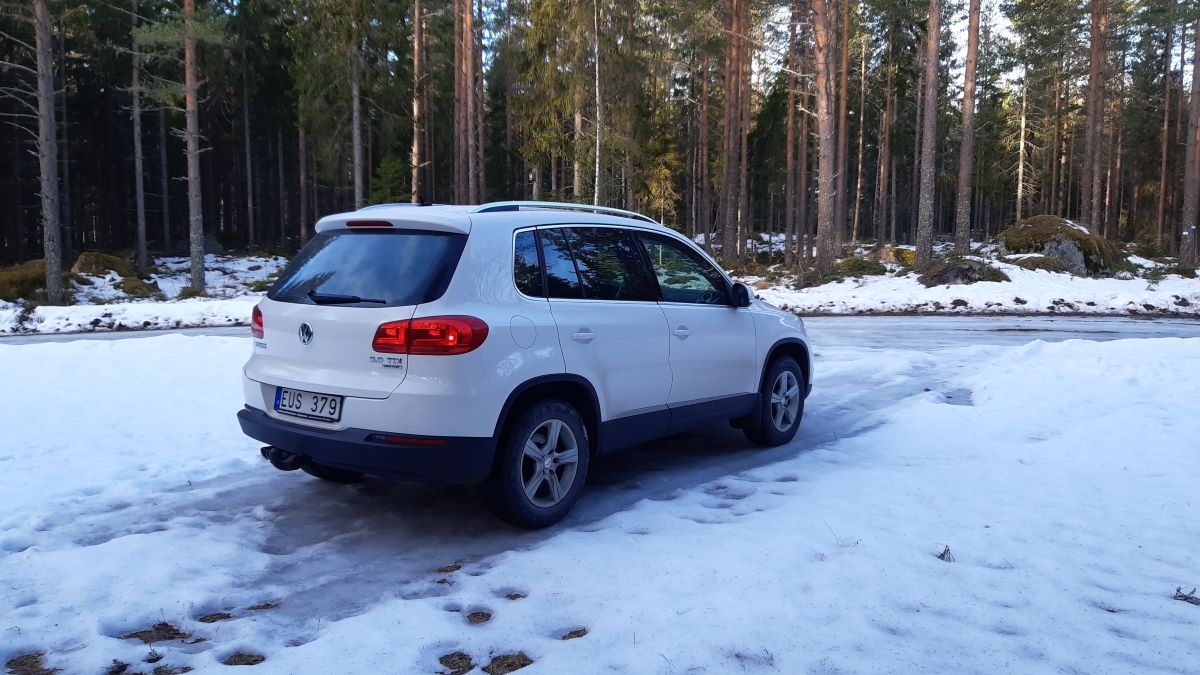 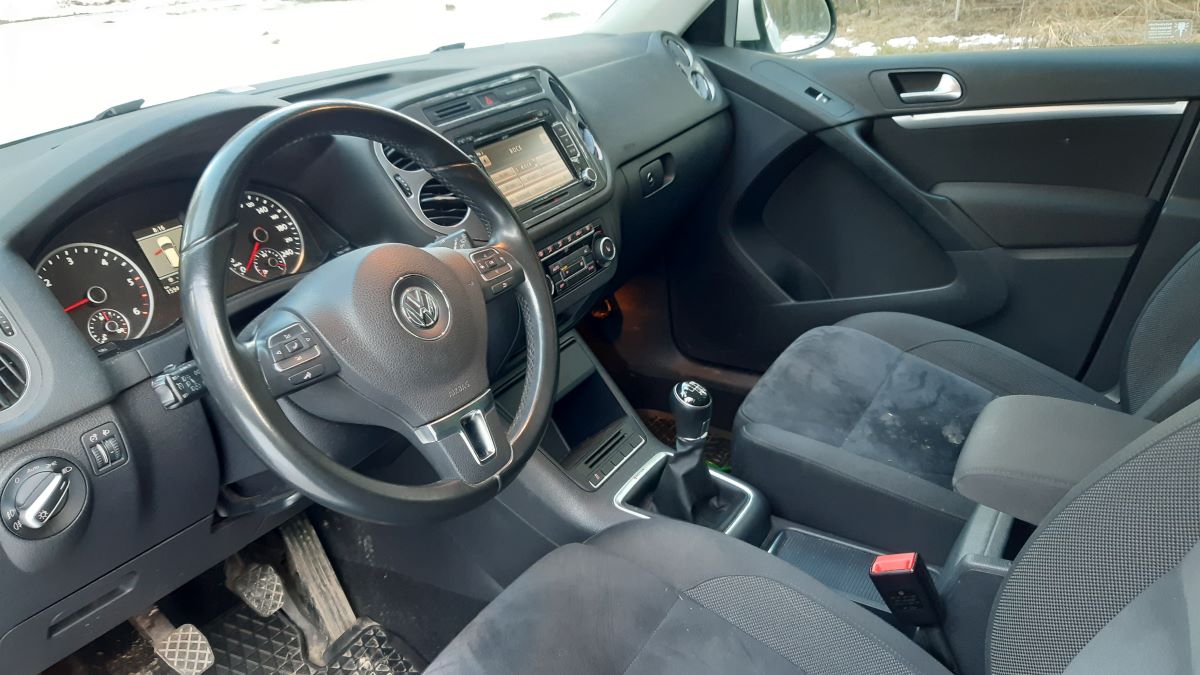 Thanks! I can really tell it's shorter than the Octavia it replaced, with much smaller boot. It also doesn't have a spare wheel, just a repair kit. Other than that it's very nice. 170hp vs 105 on the Skoda is pretty evident when driving too

The Tiguan looks great! You're making a lot of people in the states jealous with not only a TDI engine in a Tiguan, but a 4Motion TDI nonetheless.

Did you buy the Tiguan with those huge driving lights or install them after you picked it up? How much do they help light up the road at night?

3L3M3NT said:
The Tiguan looks great! You're making a lot of people in the states jealous with not only a TDI engine in a Tiguan, but a 4Motion TDI nonetheless.

Did you buy the Tiguan with those huge driving lights or install them after you picked it up? How much do they help light up the road at night?
Click to expand...

And a 6 speed manual

Those driving lights are common around here, there's only a few hours of daylight during winter so many put aux lights on the front. Nowadays those big Bosch Big Knicks are often replaced by led bars or led spot lights, like I did on my Skoda.
I would say that the Big Knicks doubles the distance of the high beam, and spreads the light a bit to the sides of the road too. It's like night and day difference

First fill up netted 6,2l/100km or 38mpg (870km, 54l), pretty happy with that. I have fixed the side mirror cap, it had some broken tabs that I managed to repair.
Ordered rotors and pads F&R and front drop links. And a skid plate made of steel, a must have for me. No pics today.

So I finally had some time to spend in the garage, first pic shows some parts that I ordered, the skid plate being the top priority today. It came with a steel bar that attaches to some factory mounting points in the front corners of the car, it's mounted backwards in the picture, for shipment.
I didn't take a picture with just the bar installed.

Factory protection, the gearbox and oil sump is fully visible. I don't know why it doesn't have a full plastic belly pan like our Golf's have had.

It attaches to the bar in front with 3 M8 bolts, the rear to the subframe with 2 M8's and it also has the mounting points for the fender liner. I also replaced the drop links as can be seen in this picture:

I have found out that there were only 126 mk1 Tiguans sold with the 170hp TDI I have! At least with the 6M gearbox, maybe there are more with the DSG box. I had no idea, didn't think much about the power figures when looking for a replacement for the Octavia. But it's nice to have stumbled across such a rare beast!

Edit: the reason I only lifted the car to the lowest settings on the jack stands is that the floor jack has an oil leak and I don't have the right oil to fill it up at the moment, I do have the seals. It was a bit tight but with a little help from the stereo, today with a 90's soundtrack with Lagwagon (wind in my sail is a favourite!) it all went well
Last edited: Mar 20, 2021

Picked up an old scooter, 50cc 4-stroke Baotian. First outing for my trailer since winter.

I noticed that I only had pics of it with the winter tyre setup, here's what I have for the summer season
Car looks very clean from a distance but has lots of small rust stains after the winter, don't know the english word for it but it's basically tiny bits of metal from studs/brakes etc stuck to the surface of the paint.

I made a prototype GPS-holder using the casing for my sun glasses and the ball from a vent mount for my phone
Stuck the gps mount into the card-slots above the head unit. I'm very happy with it, I can swivel the gps in all directions. I might trim the sides of the mount to get it closer to the dash at some point, I think it still needs some of the material on the sides for stability.

I can of course still attach the phone holder to the ball if I want to. There's no need for that though, since the HU has bluetooth.

Since I work in forestry and drive a lot on dirt/gravel roads I replaced the Continental SportContacts with something more suitable for my driving. I bought a set of Falken Wildpeak AT01's. There's not much to choose from for 17" wheels when looking for "off road" tyres.
The old tyres were 235/55R17, the Falken's 215/60R17, same diameter on both.