Potential purchase of a used tdi - Whats the headache going to be if the automatic transmission on a 2011 vw jetta tdi i slisted as transmission slipping. Can I buy a crate, are they easy to throw to a trans shop for rebuild, hopefully doesnt cost too much?

I can only assume the trans is the infamous DSG I read about in my New&Used LemonAid book by Phil Edmonston book which pegs the '11 at Above Average for a book written in 2016. I have a bunch of these books I have bought over the years, obviously since the book was written in 2016, he will put the newer models (Example, 2014) on higher asteam if they deserve it. I cannot confirm the years the dsg trans was used, the best I can gleam from the Interwebs is '07-'13. Then I need to find out when the VW scandal was, to figure out if the '11 fell victim to their greed and if it was fixed on the car.

I like this generation of vw jetta for the bigger size, I know the ALH engines on the smaller body previous gen are touted as wonderful. Wiki states the potential purchase of '11 is, I can go either way now, gas or diesel, but fuel economy is what I want for long distance driving. Love a wagon, tdi, manual jetta mk6. No rush on my part, playing the slow game to buy. Prices have come down on the v6 cars to a reasonable amount, been eyeballing the 3.8L but I have to aim for fuel economy. 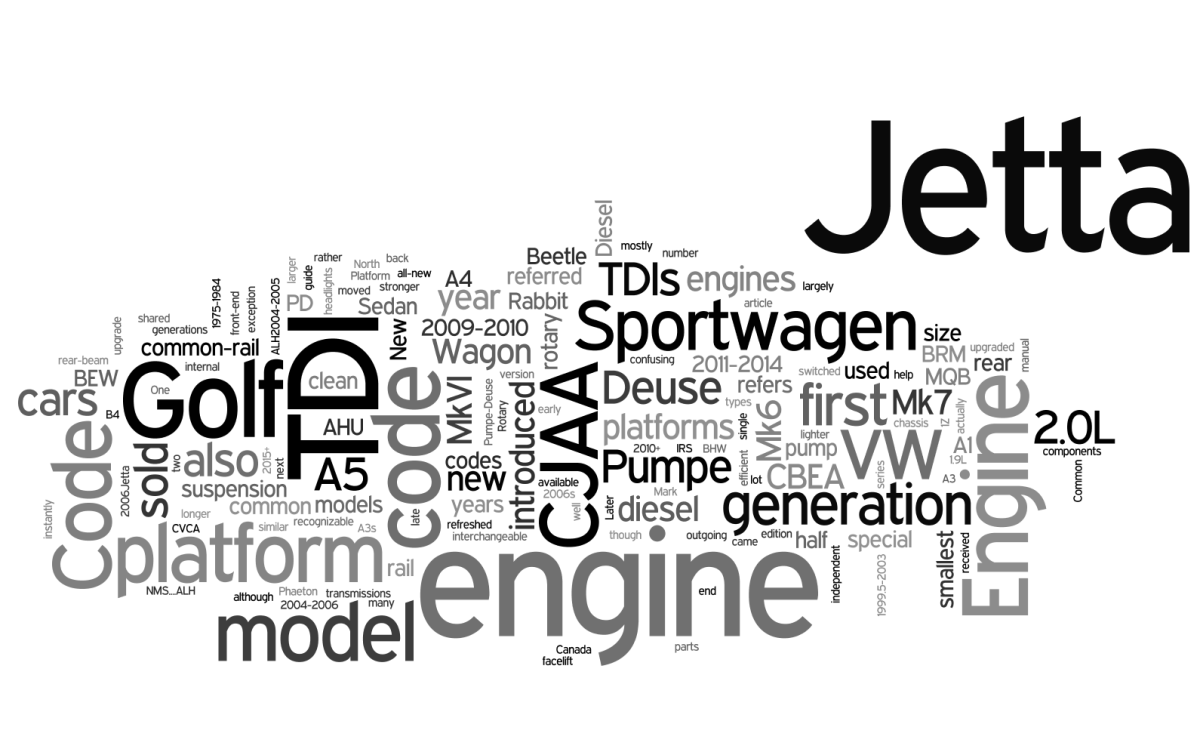 What TDI Do I Have – Jetta & Golfs

MkVI, Mark 4, A4, Mk6, NMS….ALH, BEW, BHW, CJAA – The many VW engine and model codes can be confusing. In this article we’ll help you sort through it and determine which model yo…

This was a good read.

CJAA vs CKRA vs CVCA

The differences between these engines can be found with some searching. My question is what are your opinions of positive and negatives with respect to each engine. I'll go first. I think solenoid injectors are better than Piezo for long term durability. A separate pumped loop for...


I need to find a good vw jetta mechanic to inspect the thing. I got 2 days before the local auction houses online auction closes. I have to see the thing in person. Another thing is to check the local junk yards for their inventory for parts availability.
Last edited: Aug 3, 2022
A

Get VCDS, the auto scans will tell you what you need to know about a perspective buy.

You need to do more research.