Not mine and no affiliation 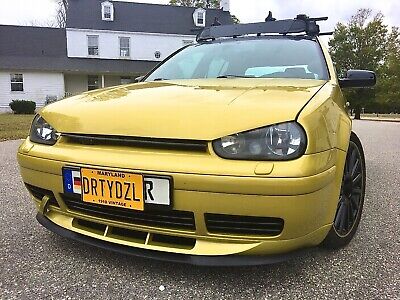 2005 Volkswagen Golf TDI with 86,155 Original Miles. All options working and runs and drives flawlessly. It is an automatic with a manual gear shift knob.
www.ebay.com
N

When it comes to cars on flea bay, if it sounds too good to be true, it usually is.
There are a couple of questions that any TDI owner would know, something is fishy with this listing.
S

Nevada_TDI said:
When it comes to cars on flea bay, if it sounds too good to be true, it usually is.
There are a couple of questions that any TDI owner would know, something is fishy with this listing.
Click to expand...

The description says "automatic" and in one photo it seems to be missing a clutch pedal. But it has a five-speed shift knob. So somewhat confusing.

When Trim is asked, it just repeats the "euro..." I was looking for GL, GLS, or even TDI.
I may be totally wrong here though.
A while back there was a car too good to be true.
She advertised in my Neighborhood listing, and the more questions I asked the more options she stated, for an example: she was in the military and ready to ship out, so she needed to get the car sold. She only wanted eBay charge/gift cards and was asking $1200. I know from past experience shipping the car could be another $1000. so she wanted a net of $200.00 I called her on it and she pulled her ad.
Three months later she tried again, I let her know she was busted and her ad was pulled.
S

Yes I ran across the same thing a few times, when it says in the military it will ship only that’s classic signs of scamming
S

just for reference, it just had a manual gear knob mod done but it's definitely an auto. you can tell by the side pic hot the boot is being pulled because of how the did the mod. 8k is crazy for an otherwise stock bew with a 09a. only fronts seem to be recaro and it has a golf ball knob
Last edited: Mar 12, 2021

Good catch on the seats, I can't see it. The shift knob isn't even a 20th AE version, but either OE or aftermarket golf ball, which can be had for half the price of the 20th. Let's be clear here, the most offensive thing is that after all that work and attention to detail, the rabbit badge was put on at the wrong angle. That's a loss of 5mpg right there.
M