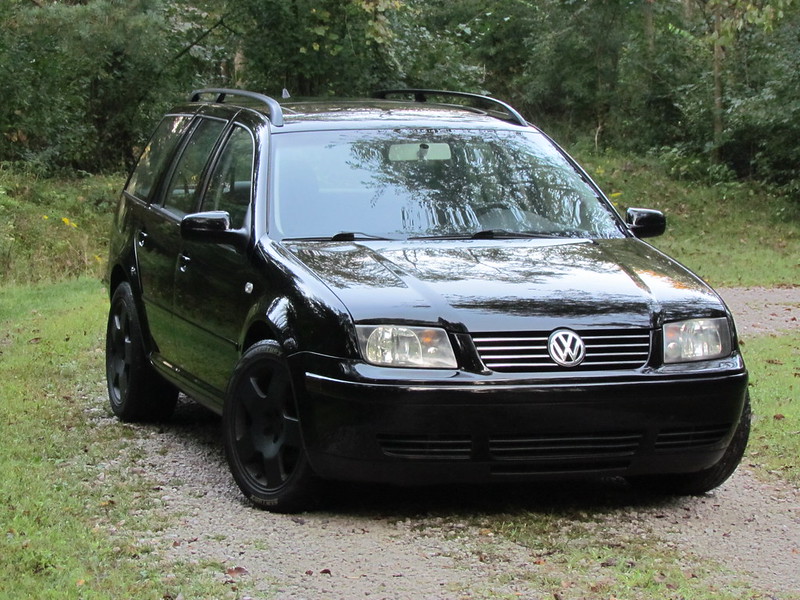 Also wanted to mention: The car does have a recurring P2564 code (turbo vane sensor signal). After diligent researching I am quite certain this is the very common issue of cracked/frayed wiring inside the loom, going to the sensor. The engine runs great and the turbo makes full boost, and is well controlled. My plan at this point was to get a Malone stage 1.5 tune and have them simply delete the code, since its a totally redundant control system. But just FYI.

Car sale ad will be going up on Vortex and my local craigslist shortly, just wanted to post it here first. Comments welcome.

Well I would like to be the first to offer you an honest $4000 cash. I know its a bit of a lowball, but I've got a budget to stick to unfortunately. Good luck with the sale!
S

Haha, thanks. I can appreciate that. Unfortunately for you, I am in no rush. If I end up daily driving it for a year or so, I'll strongly consider your offer after that!
S

No offers? I thought this thing would be kinda popular.... hmmm. Been out the TDI game too long I guess.

Drove her to work today; so smooth.
I

If this was a rust-free ALH then you'd probably get close to your asking price. But from what you describe the car needs fenders, a tailgate, and probably rocker panel work. And a rear bumper cover if someone wants it to be perfect.

Tailgates rust because there's a weld at that corner that breaks. Repairing it from the surface won't fix it. And I can tell you from experience that if the fenders are rusted, at least the tops of the rocker panels are rusted. You'd see it once you remove the fenders.

It's unfortunate, but that's the challenge with these cars up North. It's too bad your parents didn't invoke the rust warranty before 2017. I did that on my '02 when it was 11 years old and VW paid for similar repairs.

This is a nice car. But the asking price is out of line with its condition.
S

Thanks for the feedback. Well I tried to fully describe the rust condition. The fenders are only ~5 years old, they WERE replaced under the rust warranty. So they are in perfect condition except for right down at the bottom rear edges, likely due to sitting in contact with the rockers (that were not replaced under warranty, grrr), and accumulating the normal debris that gets trapped down there.

The rockers are original, and were rusty at the front ends. So I attacked the rockers with a grinder to get the rust out, and then re-sprayed them. As such, there are now small holes at the front ends, but hopefully any further serious rust propagation is well slowed.

Tailgate is what it is. drat. But in my opinion, the car doesn't actually "need" anything, as you describe, and will look pretty much just as it does right now in these pictures, for years to come. If neglected, sure, it'll turn into a pile of crap. But with care...
And would (should) anyone really expect a ~$5k car to be "perfect"?

Price was o.b.o., hoping to pull some offers and start a dialogue. I have yet to post on craigslist because I was hoping an enthusiast would see it here first. But I think I'll get it up there soon, for the local exposure. In the meantime, let's call the price $5350 o.b.o. now.
B

I am interested and work in Ann Arbor.
S

Nice to meet you, Brent.
Here are some overdue pics of the spare wheelsets that will come with the car.
Folks, this is a nice wagon, someone please buy it before I fall in love with it any further. I'm really tempted to grab a malone tune now even though I might sell it. Kinda just want to see how much more pep it adds!
_
I'm writing the craigslist ad now tho.
Last edited: Oct 1, 2019
G

I'm interested in the car and I'm local.
S

Peter, you owe me $250. I guess I'll take store credit (although now I don't have a diesel car anymore... you guys have any tractor parts?).

Anyway, sold to the first guy to actually show up, check it over, and drive around the block.
I

shizzler said:
Peter, you owe me $250. I guess I'll take store credit (although now I don't have a diesel car anymore... you guys have any tractor parts?).
Anyway, sold to the first guy to actually show up, check it over, and drive around the block.
Click to expand...