The time has come for I-Red’s next owner. I’ve owned it since Jan, 2010 (Bought Through Oilhammer after deer strike) when it had 255K miles. It now has just under 297K Miles. I’ve spent 100’s of hours and $1000’s of dollars during the 11yrs /42K mi of my ownership. The AC is cold and the heat is hot. The windows/doors/locks all work (RF could use a roll pin Adj) I did Not drive the car winters and it used to go into storage until we lost that. There are many photos in my album on this site which chronicle the work done.
Upgrades & Mods
Complete Black interior swapped from a VR6 w/heated leather (OEM Harness &switches). Headliner also recovered at that time. Fog lights (have a new set to be installed) w/correct headlight switch. Hella E-code headlights with city lights wired to DRL. Turn signal side markers in place of the Wolfsburg emblem. OEM Splash Guards were added. 15” BBS ASA (205-55-15) Aluminum alloys with NO Curbing (a couple scratches on them)
Mods also done RC 2 or 3 “Thanks Jeff” Ventectomy, 5 light Brake mod,
Maintenance & Repairs
done by myself or TDI Gurus sans the front end work. I used almost exclusively Components from ID-Parts.
New Battery this spring. New starter in 2017. Clutch slave cylinder replaced but didn’t help clutching. Front end rebuilt including struts/mounts, Bushings, tie-rods, ball joints. 1 axle was replaced due to a since corrected wheel balance vibration (Have the old one) Fuel pump was resealed and triple coolant hose and timing belt (Second Belt) were replaced due to fuel getting on them. AC Compressor and expansion valve replaced (Cold AC) I did the dreaded Blend-door foam replacement (Hot Heat) and at that time I replaced the panel lighting including the soldered in bulbs for the recirc & Cigar lighter socket. Rear struts/mounts/brakes and bearings. First TB Done by myself with guidance from the infamous Lug_Nut Full synthetic oil/filters as needed ~5k interval
Now for the bad
Car has been sitting since the starter was replaced and the clutch problem began. I’ve started it on occasion and even driven around the block in second gear. New Battery this spring and the car has always fired right up. CEL for GP,( have new harness) and the ABS light is on (undiagnosed). The Clearcoat on the roof, trunk, and hood have seen better days and the paint on the hood is fading. The car is Not rusty but not completely rust free. I recently discovered a small spot of bubbling at the top of the windshield (Damn)
Needs:
Clutch likely, Tires have plenty of tread but are old. Likely things that any other car that’s been sitting would need. 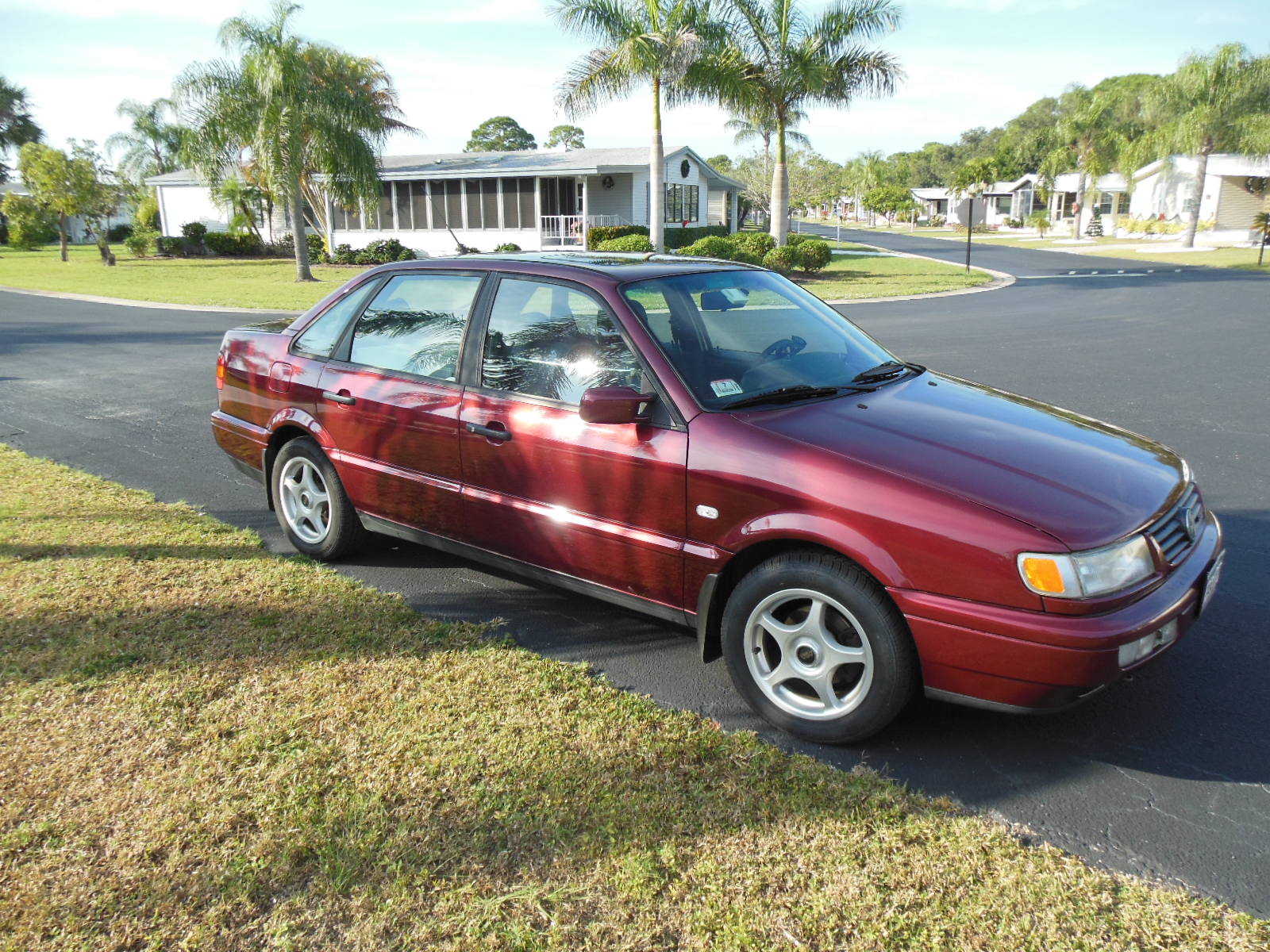 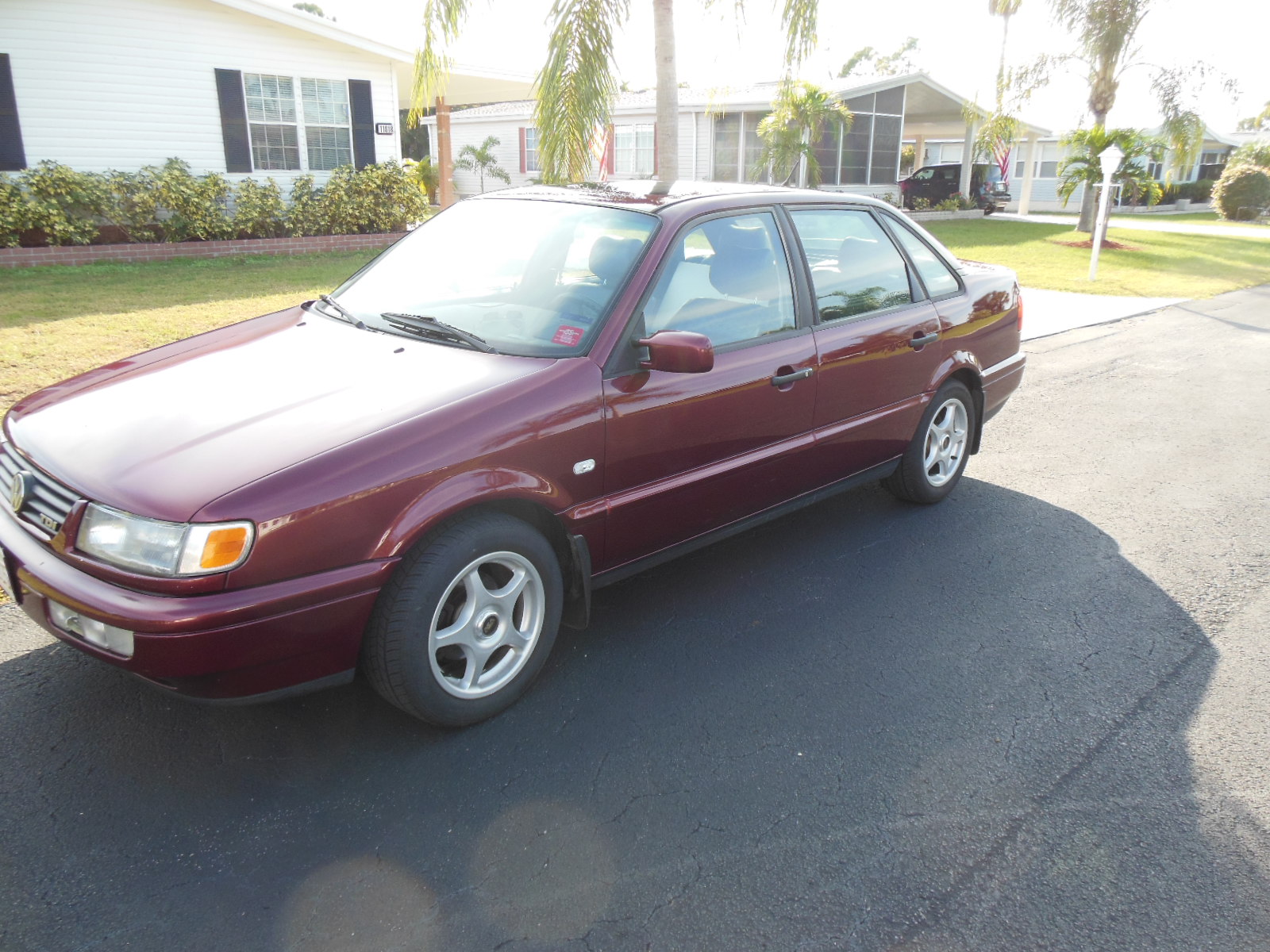 Interior was swapped from Tan Cloth to Black leather and include all A,B,C pillar trim, Package tray and Carpet 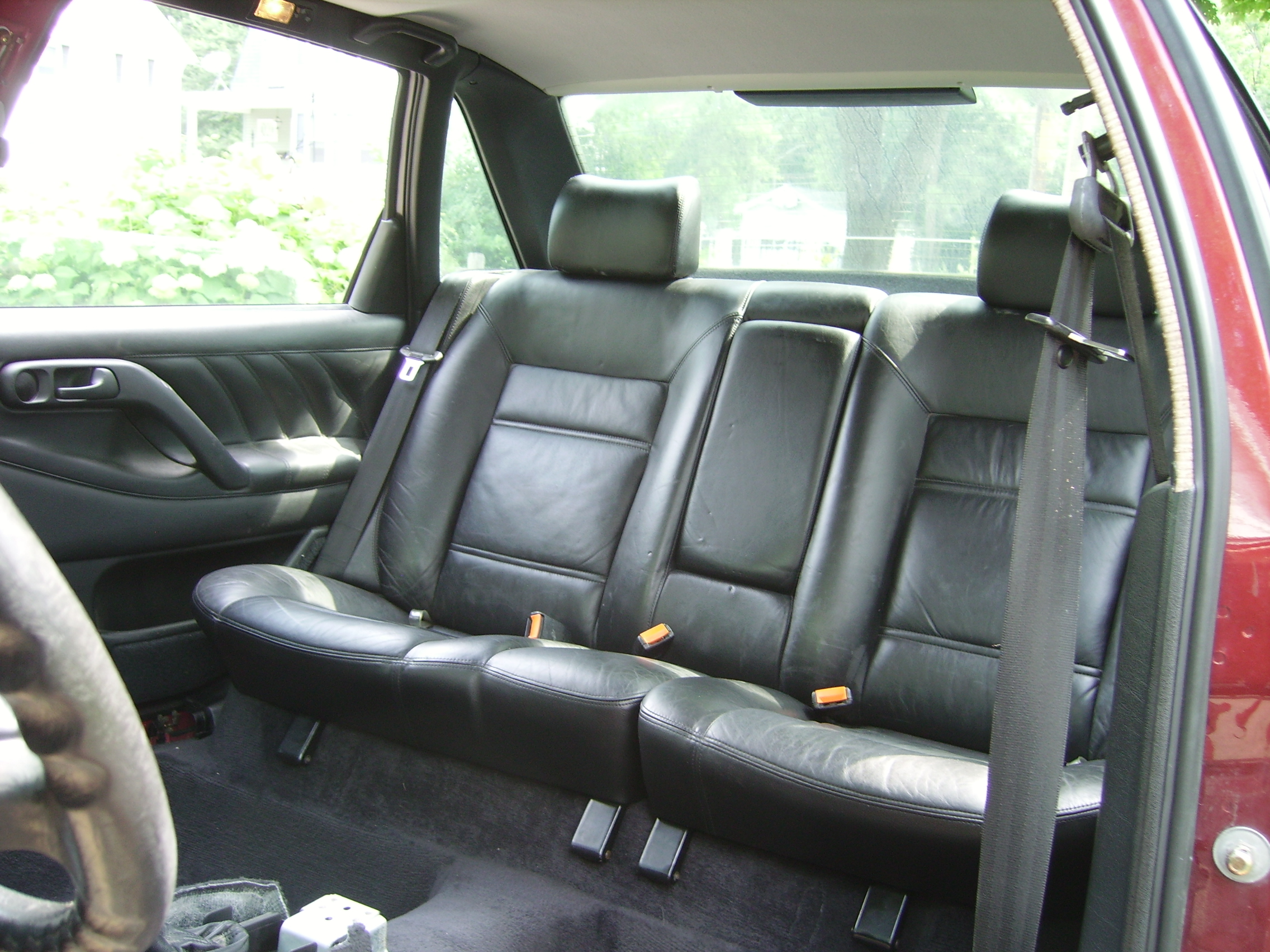 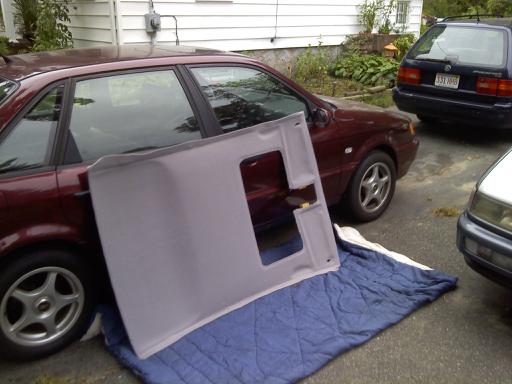 Started to get an Ice Cream headache 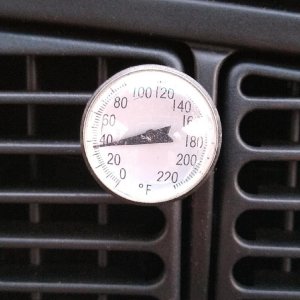 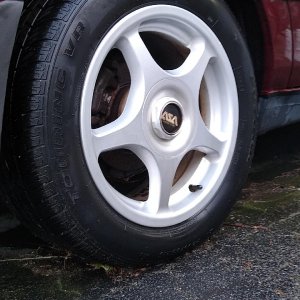 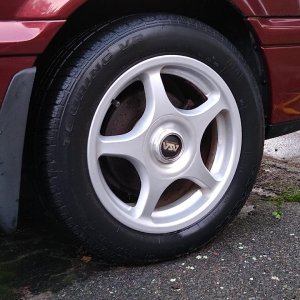 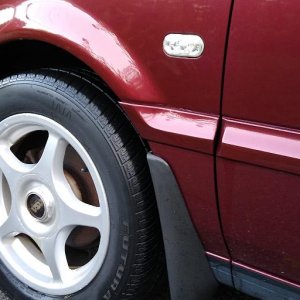 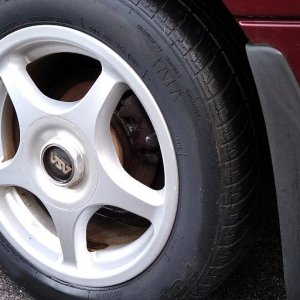 I'm struggling a bit with the pics editing within my posts but can make new ?? I'll figure it out eventually

I have a new set of fogs for it. 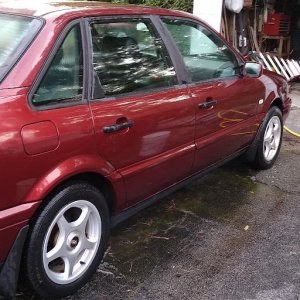 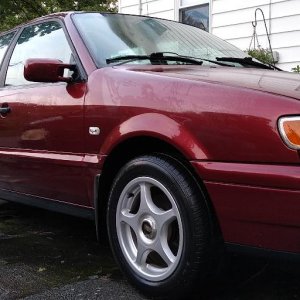 oh man! whats up with all these B4s for sale in the past week! wish i could convince wife we need another volkswagen. would love a b4 wagon, but a sedan would be nice.... HMMM..... nice car!!!

Damnnn. This red is my next favorite behind porcelain, windsor and silk blue. I bought Mcginks 97 Windsor Blue Passat over 10 yrs. ago( holy smokes, time flies). Honest and upfront seller, If I didn't have the '03 I think I'd buy this one.... too bad it wasn't for sale when the 97 B4 was totaled back in '15 ....

What year/miles was TB last done?

Thanks Bob The main reason for parting with this is the old knees (One old, One new) so clutching isn't fun anymore. I'm trying to find the TB record. I know it's had 2 while under my care. 1st was soon after I started driving it and second (??around 2015ish??) after the IP was resealed due to fuel getting on it.
On another note, I finished cleaning the exterior today and am adding more pics now that got the hang of that. I'll start on the interior next. It won't need much more that a vacuuming, wipe-down, and of course the leather will get another conditioning. Here's a pic of today

I'll get this cleaned up next. The New Fogs went in today also 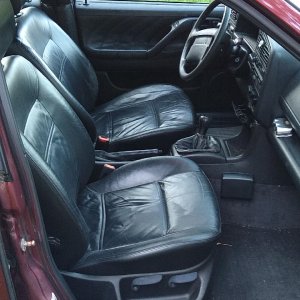 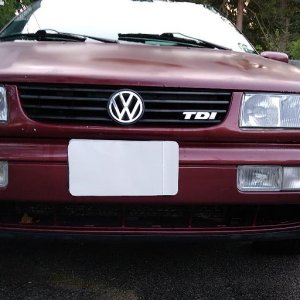 Todays exterior Cleaning Not sure why some of my posts can be edited and some cannot. I'm trying to keep the pics all together but... 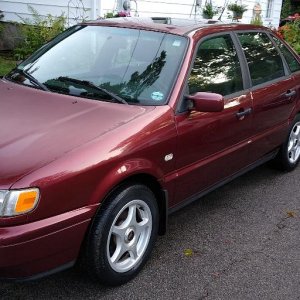 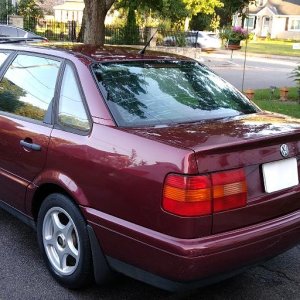 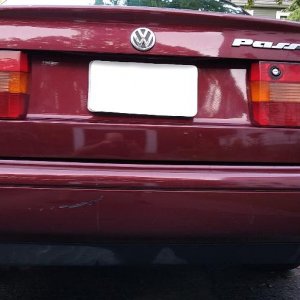 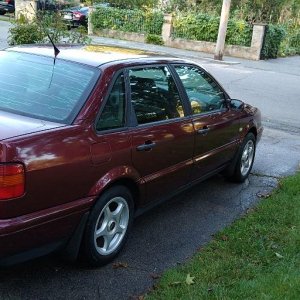 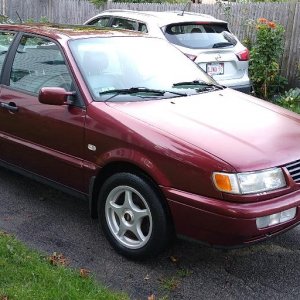 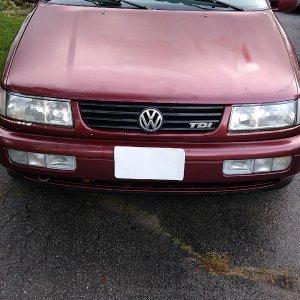 Mcgink said:
First TB Done by myself with guidance from the infamous Lug_Nut
Click to expand...

I learned a valuable lesson on that one: Do NOT trust that the stud will remain secure in the block. Mcgink came back from FLA with no tension when the stud unscrewed from the block enough to pop the tensioner tang out of its pocket. Somehow the belt never jumped. From that one close call on I'd always remove the tensioner stud and re-install it with thread lock. .

Lug_Nut said:
I learned a valuable lesson on that one: Do NOT trust that the stud will remain secure in the block. Mcgink came back from FLA with no tension when the stud unscrewed from the block enough to pop the tensioner tang out of its pocket. Somehow the belt never jumped. From that one close call on I'd always remove the tensioner stud and re-install it with thread lock. .
Click to expand...

I remember, it would likely have ended my infatuation with TDI's since I think that was after "The Family Wagon" had puked her Tang. Thanks again for Helping me through that whole Head R&R too. I'm mulling over having I-Red's clutch done but I'm afraid I won't want to sell it if I do

I found the Timing Belt receipt and it was done at 287K (10K mi. ago) 12/11/2013 along with the fuel pump reseal, Y hose, coolant flush, and a few other things. Sounds about right miles wise since my first Knee surgery was 1/14 and it's been driven sparingly since then. TKR followed 6/20
Last edited: Oct 14, 2021
You must log in or register to reply here.
Share:
Facebook Twitter Reddit Pinterest Tumblr WhatsApp Email Link
Top