I'm looking at a 2001 Passat wagon, 1.8t, 5spd for the missus. I've done some searching on vortex and have come up with the two typical failures associated with this engine: coil packs and sludge.

I'm pretty clear on the coil pack issue (but still wouldn't mind some pointers) but am unsure how to proceed with the sludge problem. I've read a lot of conflicting information on the tex. Do the afflicted engines have smaller oilpans? Is there an unprotected oil line that inadvertently allows the oil to be heated? Can all the failures be traced back to owners using dino oil? Is the OCI too long?

I've read that VW issued a TSB on the issue in which they recommended a larger oil filter, shorter OCI, and spec'd out the oil. Is this info correct and does someone have a copy of that TSB?

Now the real question: If this passat does have sludge, is the motor written off or can I fix it? How can I fix it? What is the most definitive way to inspect for sludge?

However both cars have oil sludging issues. Here is the deal: The B5s use a smaller oil pan because they need to clear the crossmember of the subframe. Also, they are supposed to use 5w40 synthetic oil just like every modern VAG engine, gas or diesel. The oil spec is 502.00. The TSB made this oil spec clearer, and also stated to use the larger spin-on oil filter (which is the same as the earlier diesel engines...very common part).

The later engines also have chronic coil pack problems, lucky they are cheap and easy to replace. They have a few issues with check valves, specifically for the evap system, and the timing belts are always a weak spot, especially on the earlier engines.

If the engine is sludged up, usually you can remove the oil pan and clean everything out and hopefully it will be OK. In extreme cases the engine is just too far gone and the cam journals get scored up and the timing chain tensioner gets all gunked up and the engines will rattle.

The AUG engines do run the oil temps higher, I am not sure why, but they seem to be worse for sludging. But again, it may just be that there were more of them around getting the wrong oil before the TSB went out. Also, all 1.8t engines (except some in Audis with service reminder systems) get 5000 mile oil changes, that has never changed.

Am I sure to spot sludge if I pull the oil cap or do I need to pull the valve cover?

Are there any problems I might encounter if the PO used unleaded instead of premium? (Is 91 required or recommended for the AWM/AUG?) Have you seen some messed up 1.8t's that were ran on 87? What should I look for?

Thanks for the help Brian!

The only VAG engines in recent history that use regular gas are all the SOHC crossflow 2.0L engines (there are quite a few), and the current 2.5L 5 cyl.

However, if they ran regular, they likely did not harm anything, they just got poor performance and reduced fuel economy.

Only way for certain to see the sludge is to pull the valve cover.

Coil packs can be a pain, but they should be covered under recall for any future issues.

Sludge is a problem as you stated, I think VW says to only do 5k oil changes. I would personally run a sea foam/cleaner through the motor, and maybe do a 500 mile flush on a good oil. Then I would look into maybe VAG 507 (ELF/M1) and monitor the oil with a UOA.
R

Thanks all for the help. I found a car with an impeccable service history...when it comes to oil anyway. 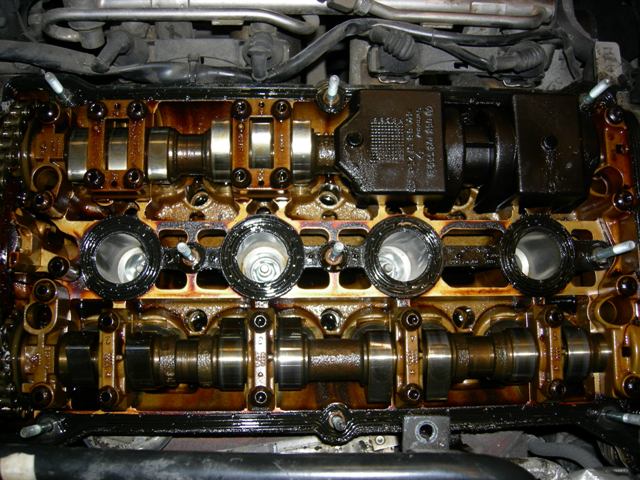 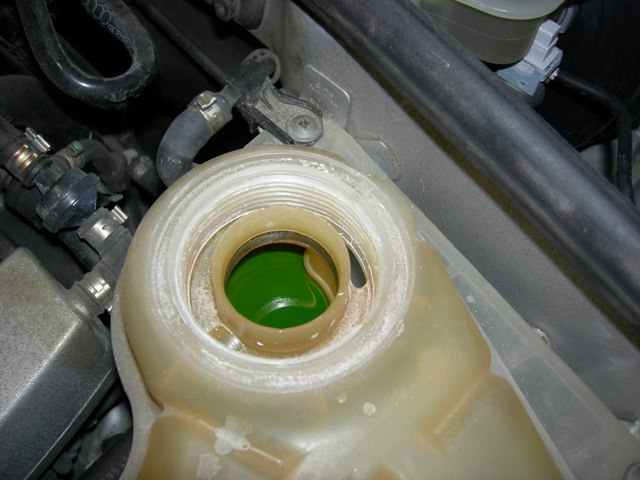 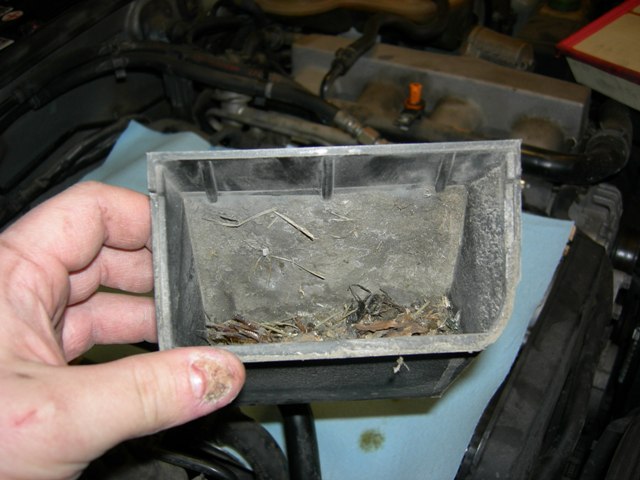 Wife LOVES this car. It is a much more cush ride than the jetta.
L

Are folks saying here that sludging can occur even with use of synthetic (not the USA Castrol definition) oils?

From my own observations, if you use the correct VAG spec oil (which is all synthetic, BTW) you do not run into oil sludging.

If you use non-VAG spec synthetic oil, you are still likely going to be fine. It is all the other Jiffy Pube oils that kill those engines.

oilhammer said:
From my own observations, if you use the correct VAG spec oil (which is all synthetic, BTW) you do not run into oil sludging.

If you use non-VAG spec synthetic oil, you are still likely going to be fine. It is all the other Jiffy Pube oils that kill those engines.
Click to expand...

ON top of that many people that go to Jiffy and what not go 10k miles+ for a oil changes. I remember seeing a story a while back on the TEX about a lady that went like 33k miles on one oil change, of course it was the $14 oil change.

nail's coming in so that's good. Still grosses people out pretty bad though.

I have a 2004.5 Passat 1.8. I was nervous at first buying this car, but the great deal for such a super car was too good. We just passed 75,000 miles. The "extended warranty" VW offered requires documentation of oil changes with 502.00 or better every 5K with a large filter. I check through the oil hole for any sign of sludge, as well as carefully inspect the drained oil. The oil looks good enough every time almost to put back in my TDI. This has been a wonderful car, and I am very pleased. We have had a recall for seat heaters (new ones are great), but no other issues. The only complaint I have is aftermarket tires being too noisy.

You can find detailed info about the class action suit, warranty info, recommended oils by brand, etc. in passatworld.com. There are also many stories of folks saving mistreated cars. I am shy about Seafoam, but AutoRx is hailed as the best. No question absolutely avoid Jiffy Lube, etc., and since you are on the TDI site I assume you understand the importance of correct oils. Correct oils are becoming more common at the parts stores.

P.S.: This is one car I would follow the recommended "cooling down" period for the turbo. If you drive fast you need to creep along slowly or idle for a couple of minutes. The turbo is oil cooled, and just shutting off the engine with a red-hot turbo guarantees coked oil in the lines. I understand the newer 2.0T has a cooling off period after you shut down the engine, I guess like the VR6 coolant.
Last edited: Dec 28, 2008

Thanks for the info jbrone. I joined passatworld when I was researching the car. Can you pass on any links for the seat heater recall? thanks.

The 1.8t has a water cooled turbo, FWIW. They also have an electric after run coolant pump. So there really is no need to let it 'cool down' more than a couple seconds.

Good info folks. Thinking one of these might be good

Can't seem to find the heated seats recall - might have been by letter only. Here's what I find from Edmunds:

greengeeker said:
Thanks all for the help.

Ol'Rattler said:
Looking at the pic, looks like you used Prestone antifreeze. It is the wrong antifreeze for Dubs. Could cause problems down the road.....................
Click to expand...

I think that is why he said he already flushed the anti-freeze.

As stated above, VW will not honor the sludge warranty without VW service records or receipts from garages proving you used the correct oil. Go figure! I'll not comment more on that.

Here are my wife's 1.8T coilpacks after about 50k:

She developed a flashing CEL as a result of one of the packs sliding out. I've read they keep sliding out even when you push them back in. They get worn out. Check THIS SITE for coilpack solutions. You can buy the OEM "E" coilpacks for $32. Or you can get ECS's "Stage I" solution package which includes some VERY durable Hitachi coilpacks, "O" rings to seal out moisture, and stainless steel bolts to secure the coilpacks in place. The VW coilpacks do not come with bolts; but the head has bolt holes. This package was out of stock when I needed it. So I got the OEM coilpacks. I will eventually get the Stage I solution package.

Early 1.8t 20v motors had bolts that held them down. That is why there are holes there in the first place. I think it was the AWW motor. There was guy on the Tex a while back that made a clamp to go over the original coilpacks. If you search you can find them, they won't be hard to replicate.

The ECU packs are great. I know Hitachi makes some replacements as well.
J

milehighassassin said:
Early 1.8t 20v motors had bolts that held them down. That is why there are holes there in the first place. I think it was the AWW motor.

It was AEB engine that had the bolts for the coil paks and it was a different coil altogether, I have never replace one that failed.

Also there was a recall on the coils on the laters 1.8 engines and I have found that, that appeared to have fixed most coil issues.
Click to expand...

The earlier engines with bolt-down coils just have the ignition power stage module on top of the air cleaner that dies.

quick question on rear main seals for my ATW:

Nobody on the rear main?

How about recommendations for which engine mounts to go with?

I would just order by VIN from VW.

greengeeker said:
Nobody on the rear main?

How about recommendations for which engine mounts to go with?
Click to expand...

Engine mounts: It depends on what you want. I would upgrade them, but it will cause some vibrations at idle. You can use Vag-Com to bump the idle a bit and it will smooth it out a little bit. If that is the case I would order from someone like ECS tuning. Shouldn't cost much. The round mount usually isn't replaced for it is a PITA and you need a press. The other two you can do yourself, might need a vice or a friend. I managed to do it myself with a 2x4, standing on it.

Sorry no help on the the rear main.

I'm not really worried about stiffer mounts to limit motion of a modded motor. I am looking to aleviate some of the vibration when the car is idling in drive. Reason I ask is I've read that certain mounts will only last a year or two before they go bad.

It is a great mod, that motor has a lot of torque and twists a lot, it is a noticable difference.

I am kind of surprised more TDI'rs don't do it. I will once I chip.